Give the gift of hope and dignity this Easter

The crew, at the top, smiling, but possibly secretly hating me | Vicki McLeod

The dignity bag will include: Soap, deodorant, underwear, shampoo, sanitary products for women and shaving cream and razors for men, a toothbrush and paste, and as it will be Easter, some chocolate!

Boy, I met a lot of new people this week. Firstly I was at the Women in Business meeting at Santosha Restaurant in Palma on Thursday which is organised by Emma Boardman (emma-boardman.com) where I gave a talk about PR and working with the media, and also told the group about my own history in Mallorca. And then on Friday along with Jessika Ekman (Je@mywaymallorca.com) who also writes for the Majorca Daily Bulletin, and organises events and tour groups here on the island, I was a part of another great lunch at Hostal Corona. 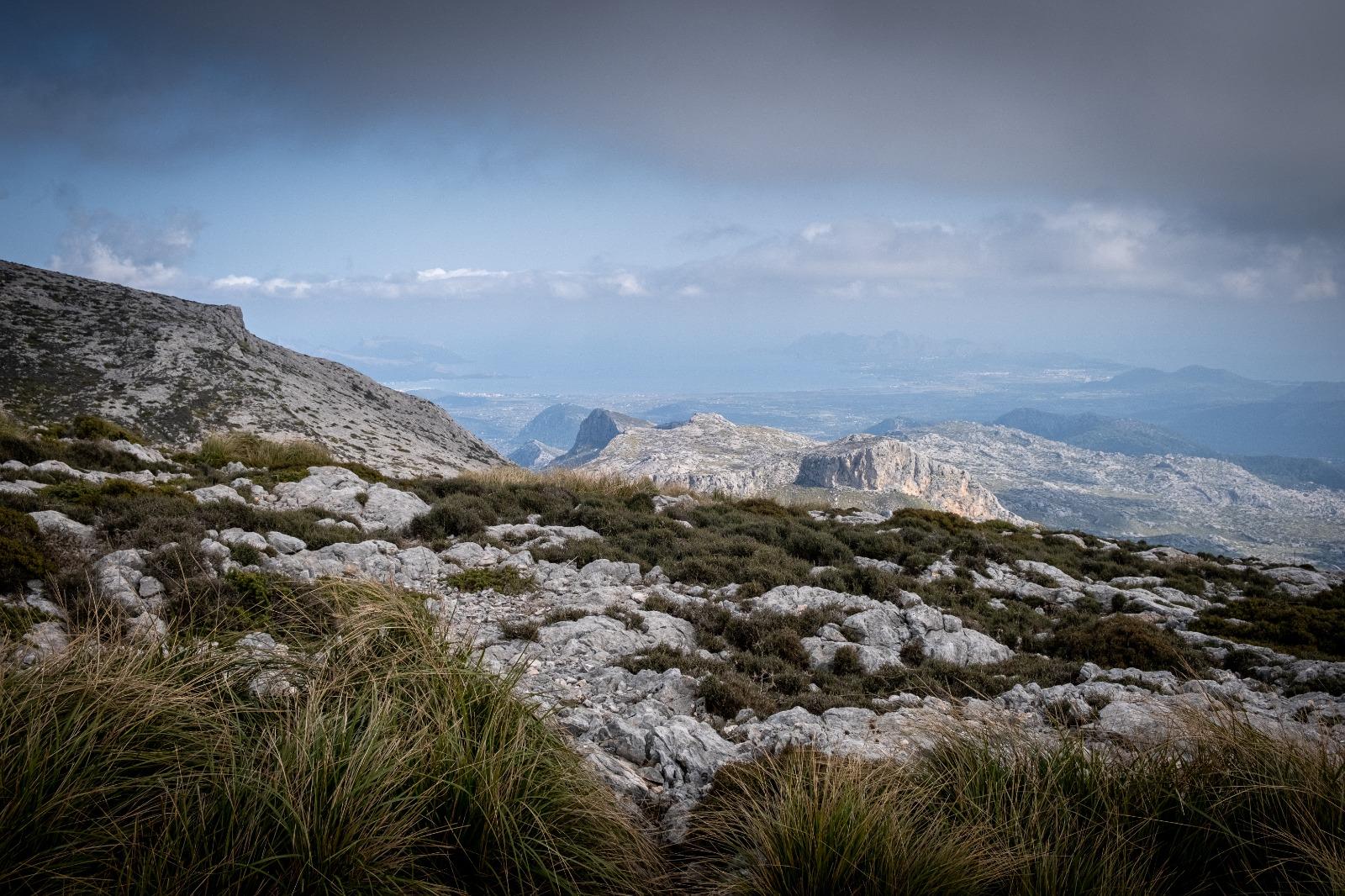 After such a long time not going to groups or lunches or meeting anyone new it felt really good to be out talking with fresh faces and catching up with old friends as well. If you have the appetite to meet up with new people, then get in touch and come join the gang. Email me at majorcamallorcapodcast@gmail.com

The History and Culture of Moorish Spain

The next Arts Society talk will be on March 8th at Golf Son Muntaner in Palma. Tickets are 20€ per person and include drinks and tapas after the talk. The talk will be on the History and Culture of Moorish Spain, which is a very rich and interesting subject in my opinion. The talk will cover the invasion of the Iberian peninsula in 711AD by the Umayyad Caliphate who quickly overthrew the Christian Visigothic kingdom and began the nearly 800-year occupation that ended only in 1492AD, when the Catholic Monarchs, Ferdinand and Isabel, completed the reconquest of the Kingdom of Granada – the same year that those two visionary monarchs also sent Christopher Columbus off to discover the New World. 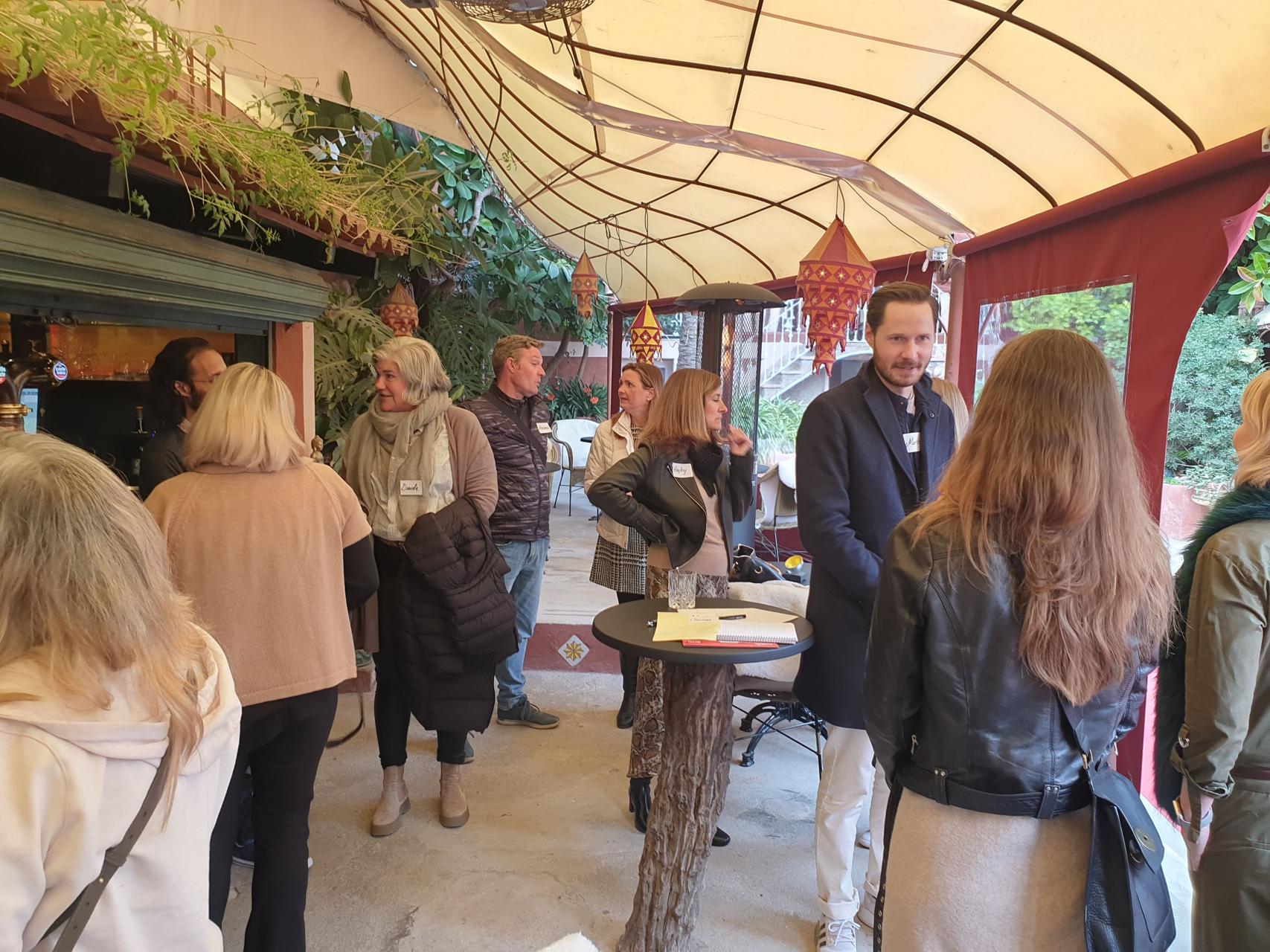 During the intervening centuries, the mixture of Islamic, Christian and Jewish influences produced a unique hybrid culture. The talk will tell the story of the Moorish invasion and the Christian reconquest, through an introduction to the surviving architecture and other areas of the material culture, such as silk textiles, carved ivory caskets, bronze sculptures and refined ceramics.

The talk will be given by Ian Cockburn. He is an art historian with a BA (Birkbeck College) in art history and an MA (Courtauld Institute of Art) in medieval Spanish art history. Ian is a specialist in the nearly 800 years of Moorish occupation and Christian reconquest of medieval Iberia. He is also the founder and director of an art tours company, specialising in guided cultural tours in Spain, plus he lectures in London at institutions such as the V&A, SOAS, Christies Education, and the London Art History Society. If you would like to go to the talk then visit https://theartssociety.org/mallorca and contact the Arts Society to get your ticket.

To Lluc and Back

A couple of weeks ago I spent the weekend at Lluc Monastery with some friends. Did you know you could stay overnight in a Monastery? We didn’t see any monks unfortunately, but the monastery is a very important place on the island, and if you haven’t yet been to see it then go. 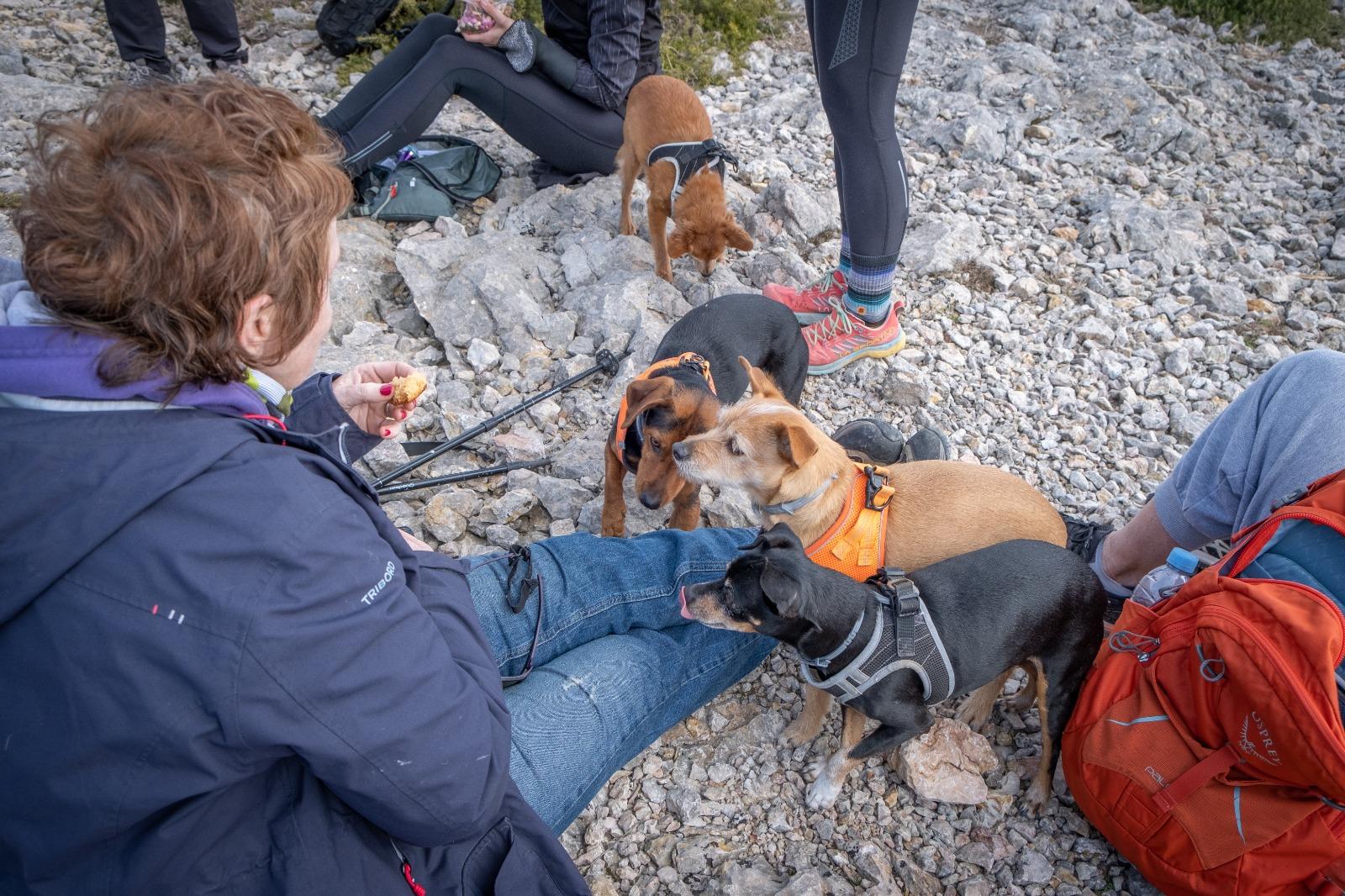 The Santuari de Lluc is in the municipality of Escorca in north-west of the island. The sanctuary was founded in the 13th century after a Moorish shepherd found a statue of the Virgin Mary on the site where the monastery was later erected. Lluc is considered to be the most important pilgrimage site on Mallorca.

It is also known for its choir, Els Blauets (a name derived from the blue cassocks worn by the children), which was founded in 1531. Because of its location the monastery is very popular with people such as myself who like a hike up a mountain. On the Saturday we kicked off with cake in one of the cafes at the monastery and then did the “easy walk” from Caimari back up to the monastery and then had a barbecue picnic at the outside public barbecue areas. TIP: bring your own grills, don’t forget the tongs, and bring your own wood. The walk itself was about 2 ½ hours long, and mostly uphill, but not exhaustingly so. We walked mainly through holm oak forest and had some beautiful views back over Palma as well.

The Saturday night we spent in the Monastery, we ate together in the Sa Fonda restaurant which serves traditional Mallorcan food, including Tumbet which made my daughter happy. The rooms themselves were simple but warm and had a private bathroom and extra blankets if you needed them. After 10pm there are signs around the Monastery asking for silence, which wasn’t exactly adhered to, but it wasn’t so bad, I slept.

The next day after a lavish breakfast of cereals, cheeses, cold cuts, toast, croissants, coffee, juice and more, we all headed up and out for the harder hike of the weekend, from the monastery to Puig Tomir. It was a long day out, about 6 hours of walking, with some very challenging climbs for some of us. But we all made it through and reached the top happy where we ate our lunch (and shared it with our doggy fan club) before going back down again. 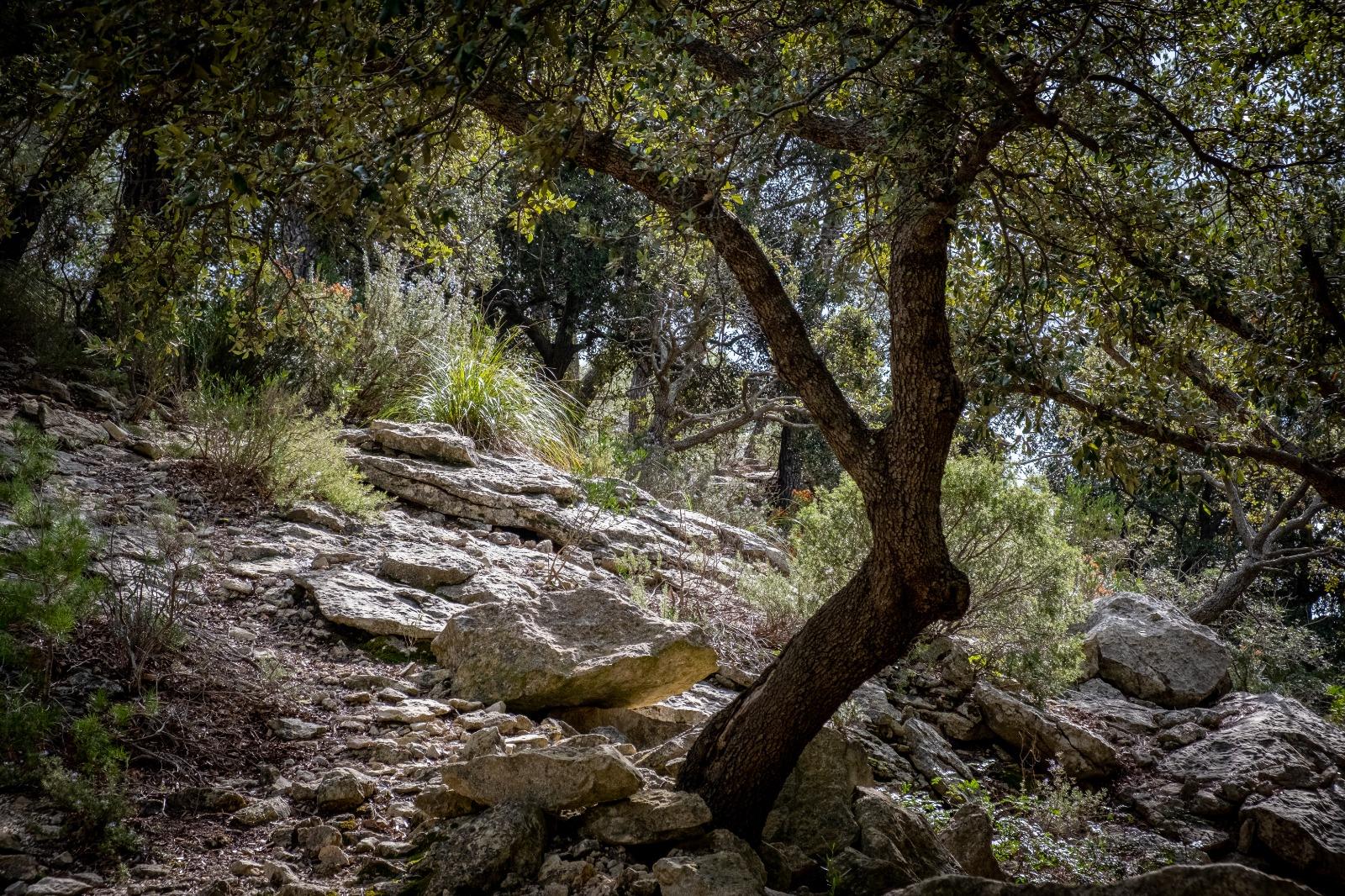 It was a great weekend, and I would recommend it to all of you. There are easier (much easier) walks to do in the area, and even just around the Monastery, so take yourself for a weekend away. You really feel as if you have been to a completely different country! You can book your stay here https://www.lluc.net/en/ For one night for 2 people including dinner and breakfast is about 130€.

If you like podcasts and like Mallorca, then please go and follow the podcast “Mallorca Majorca” wherever you get your podcast, it would mean a lot to me and Oliver who is my co-host and husband. We talk about living on the island, and include interviews with residents and visitors as we can. Take a listen, and maybe even send us an email majorcamallorcapodcast@gmail.com