Surprising results in the Seroprevalence study

The results of the second round of the seroprevalence study by the Institute of Health Carlos III, or ISCIII found that immunity against coronavirus is lower in the Balearic Islands.

5.2% of the Spanish population has overcome the disease and has Covid-19 IgG antibodies, which is just 0.2% more than in the first round of results.

63,564 people were analysed in the second round, between May 18 and June 1 and the Balearic Islands registered a decrease from 2.4% to 1.5% which makes it the Spanish region with the lowest incidence of the disease, very far from group immunity and the rate is slightly lower in men than in women at 5.01% and 5.40% respectively.

The National average is 5.21% and the study shows a marked geographical variability, similar to the first round, with prevalence equal or close to 10% in Madrid and surrounding Provinces.

There is a slight increase in the immunity rate in cities with more than 100,000 inhabitants from 6.4% in the first round to 6.8% in the second.

85% of people who took part in the study and were tested positive for coronavirus via PCR tests more than two weeks ago had IgG antibodies.

The prevalence of antibodies increases with the number of symptoms and is particularly high in people who lost their sense of smell, at 40%.

Only 2.8% of asymptomatic participants were diagnosed with IgG antibodies.

0.8% of participants who were negative for antibodies in the first round, were positive for IgG in the second round.

"This data is quite interesting because it is the analysis of the same people longitudinally over time," said the director of the National Centre for Epidemiology, or CNE, Marina Pollán.

Ávila, Valladolid and Palencia stand out with ​​close to 2%, and Madrid, Soria and Segovia with 1.5%. 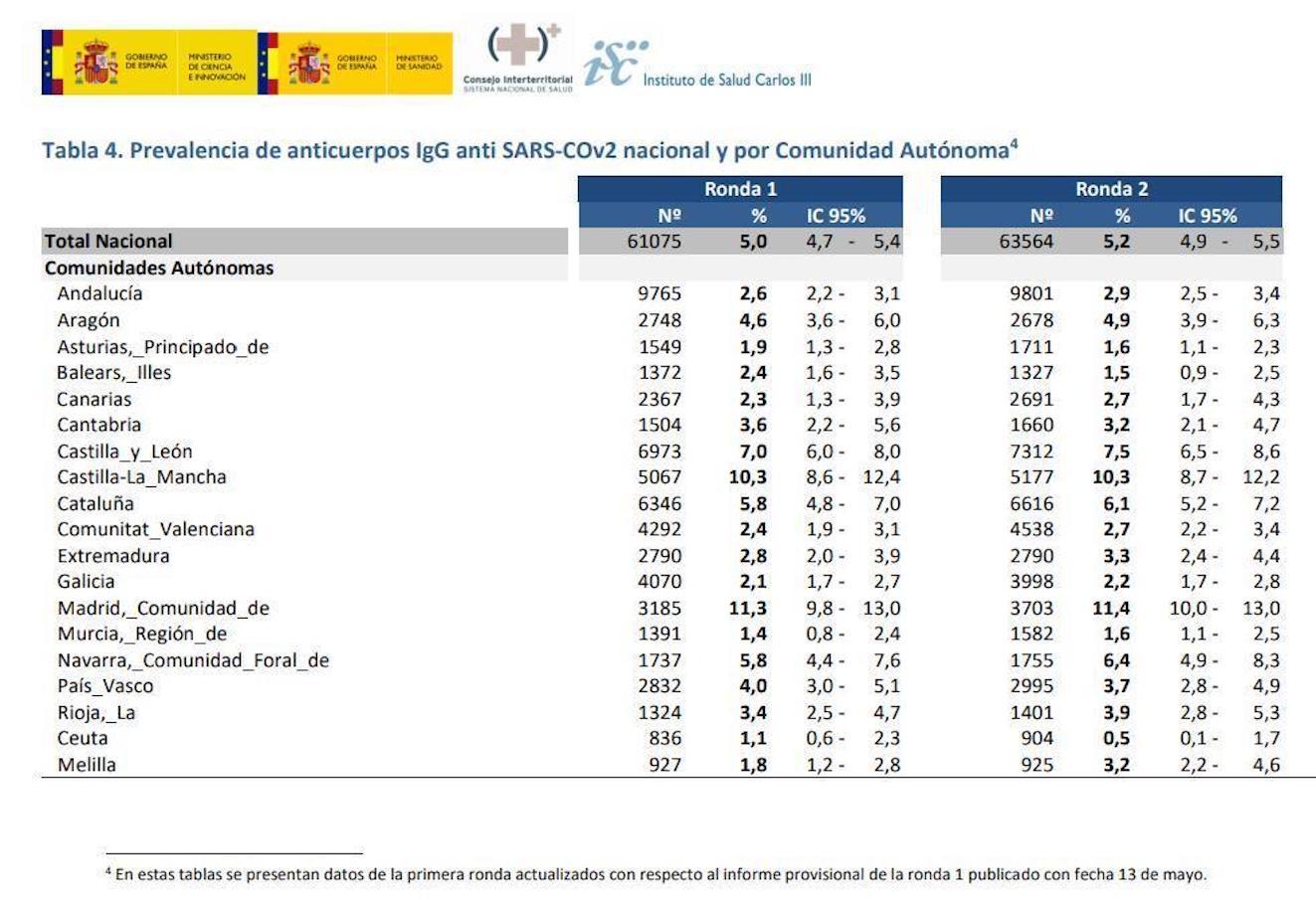 The map of possible cases with symptoms of coronavirus in the last two weeks, which refers to people with three or more symptoms or with sudden loss of smell, in general, shows lower prevalences in the second round than in the first.

Only the Provinces of Santa Cruz de Tenerife, Granada, Madrid, Toledo and Las Palmas are around 1%.

The Director of the ISCIII, Raquel Yotti, explained that the participation rate is 76%, up from 74.9% in the first round.

"This improvement reflects the high adherence to the study. Up to 95% of all participants in the first round have continued and another 5,847 have been added," he said.

87.9% of participants have agreed to donate a blood sample and the number of eligible people taking part in the study has increased from 63.7% in the first round to 66.5% in the second.

Yotti says that in the first wave, data was available from just 30% of the laboratory tests of the participants, whereas now it’s possible to evaluate "practically all" of the samples.

The Director of the Centre for the Coordination of Health Alerts & Emergencies, or CCAES, Fernando Simón, pointed out that the seroprevalence data "corroborates what has been observed in the evolution of the epidemic" in recent weeks.

"The transmissibility data has not changed substantially," he said, acknowledging that there may have been a greater influx of the virus into Spain than the Health System detected. 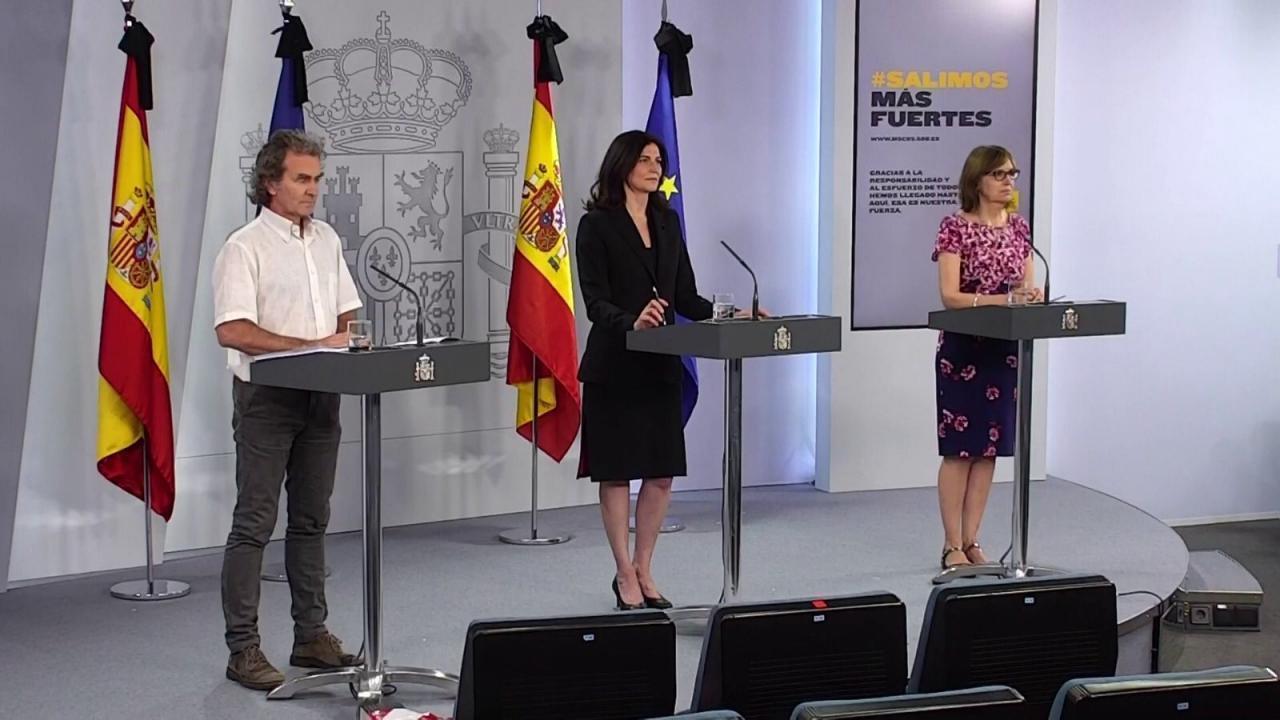