February 11 is International Day of Women & Girls in Science and it's commemorated all over the world.

At the Montesión school in Palma, more than half of the students who study Baccalaureate of Science are girls.

Laura Jové has absolutely no doubt whatsoever that she will study Medicine.

"I like both the research part, especially oncology and I also like the teaching part, because I've realised how important it is to pass on knowledge,” she explains.

Although there is a faculty here in Palma, Laura says she would prefer to study in Barcelona.

"What strikes me most is understanding how the human body works and with the Covid pandemic it’s been impressive to see a vaccine being released in such a short time,” she says.

Sofía Corral thought about studying Medicine, but changed her mind a few months ago:

“I realised that it’s not my vocation and I don’t want to waste time. I have become more of aspects of the pharmaceutical world and I have decided that’s what I want to study. I like the research part, but I don't see myself in a laboratory all my life either,” she says.

Irene Molina has set her sights on becoming an Astronaut:

"I know it's almost impossible, so I would settle for working at a space station,” she admits.

María Morell has been drawn in a completely different direction:

"I love everything related to the car and rail industry and would be happy living in Shanghai, where the best high-speed trains in the world are,” she says. 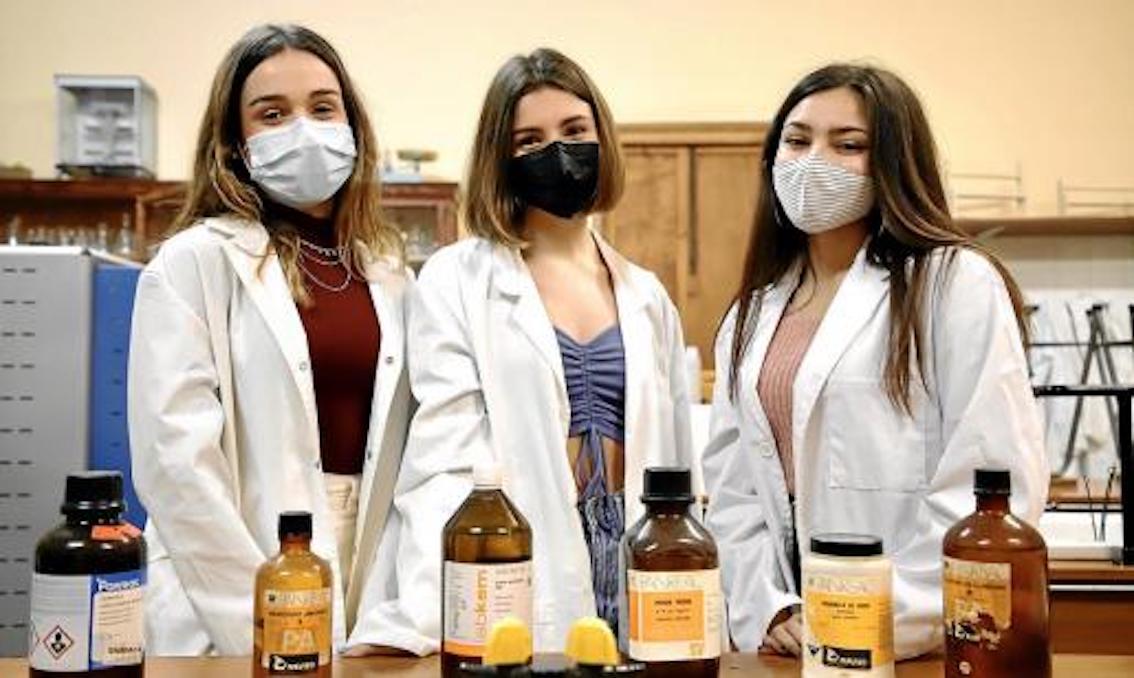 There are five Baccalaureate courses at Sant Pere School, three in the Humanistic-Social branch and two in the Scientific-Technological branch.

María Torres and Carlota Navarro both love the world of Criminology and Forensic Science.

"I have always loved it and of course, I was influenced by the CSI series, which is not very real, but it seems like a super interesting world," says María.

"My best grade is Philosophy, so I don't know what to think anymore,” Carlota laughs.

Her friend Marina Martínez has opted for Pharmacy.

“I've always liked it, but I don't know why,” she says. “Nobody in my family does that, in fact, my parents are Catalan philologists,” she says with a smile that can be seen through her mask.

International Day of Women and Girls in Science has been celebrated on February 11 since 2015. The United Nations General Assembly has set itself the goal of full and equitable access to and participation in science for women and girls.

Some say that February 11 was chosen because it’s the birthday of the philosopher, astronomer and mathematician, Hypatia of Alexandria, who was the first female scientist recorded in history.

In March 415, as a result of rumours that she was practicing magic and stirring the feud between Orestes and Cyril, Hypatia was murdered by a mob of Christians who tore her body to pieces, dragged her limbs through the town, then set them on fire.

In the 20th Century Hypatia of Alexandria became an icon for women’s rights.