Basilica of the Valley of the Fallen where the remains of Francisco Franco will be exhumed and transferred to the cemetery of El Pardo-Mingorrubio, north of Madrid. | Ultima Hora

Spanish authorities finalised preparations this morning to remove General Francisco Franco's remains from a state mausoleum, seeking to exorcise the ghost of a dictator whose legacy still divides the country more than four decades after his death.

Amid tight security and in virtual secrecy, his coffin is to be taken from the Valley of the Fallen and reburied in a private family vault.

"It's intensely symbolic for Spain," said political scientist Pablo Simon, "because the (Franco) monument has always been connected to those who miss the old regime."
The exhumation ceremony was due to begin at 10:30 local time (0830 GMT) and, with media barred from witnessing it, will be attended by a select few: Justice Minister Dolores Delgado, a forensics expert, a priest, and 22 of Franco's descendants. 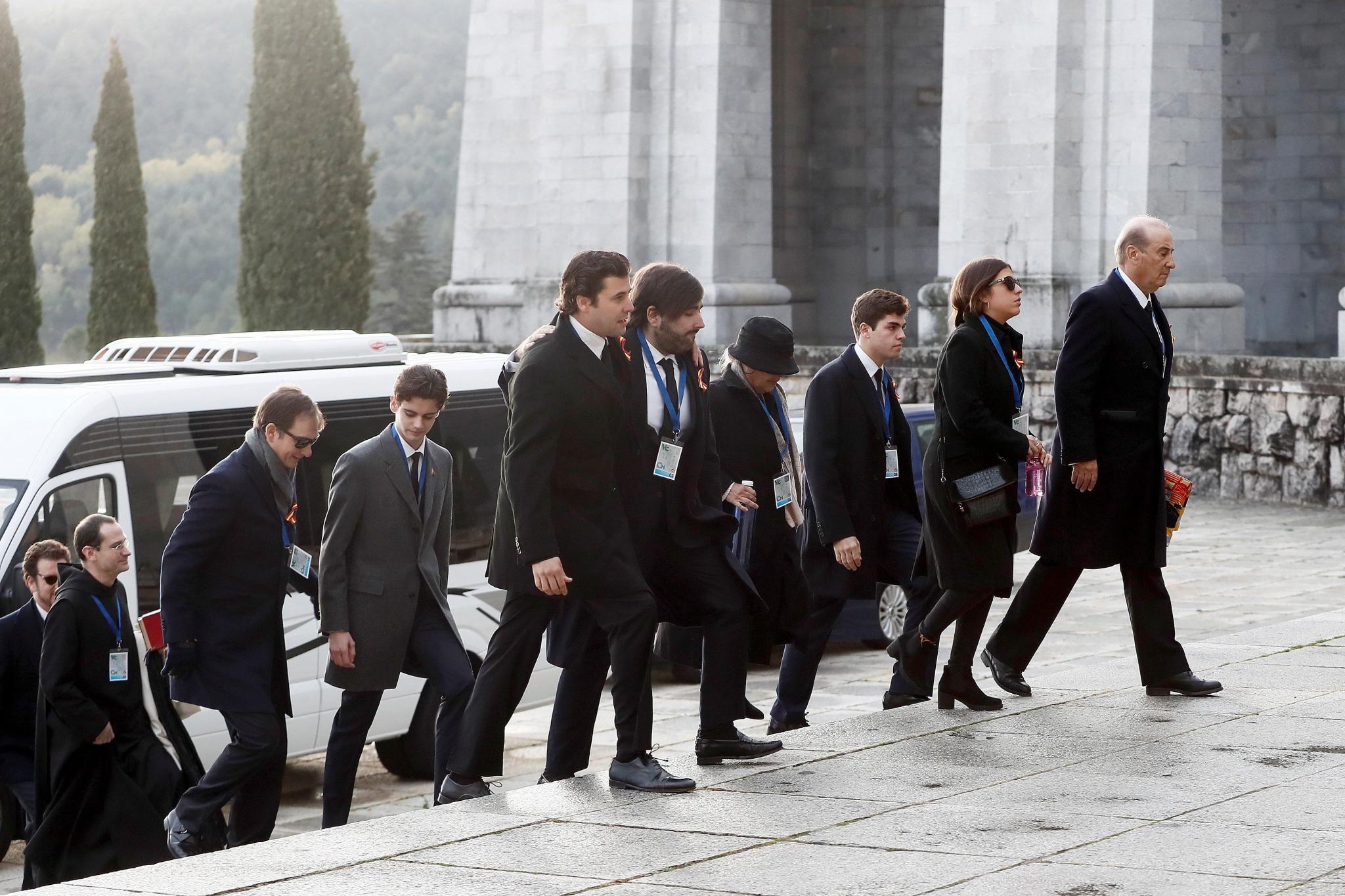 They include his oldest grandson Francisco Franco, who labelled the operation - and its low-key nature - a political ploy by the governing Socialist Party.

A Spanish Franco-era flag hung outside his home in Madrid's embassy district today as the relatives converged on the valley before being transported to the Mingorrubio cemetery north of Madrid where the dictator is to be reburied.

"I feel a great deal of rage because they have used something as cowardly as digging up a corpse, using a body as propaganda and political publicity to win a handful of votes before an election," his grandson told Reuters.

Franco led nationalist rebels backed by Hitler and Mussolini to victory in the 1936-39 civil war which killed around 500,000 people, then ruled Spain in autocratic fashion until his death in 1975. Democracy returned to Spain in the following years, a period known as the Transition.

In government since mid-2018 and facing a national election next month, the Socialists have long sought to exhume his remains from the Valley of the Fallen, a huge monument built on Franco's orders and which contains the remains of combatants form both sides of the war.

The Socialists won backing for the decision to move his remains from a divided parliament and the Supreme Court ratified it last month after dismissing a challenge from Franco's descendents. 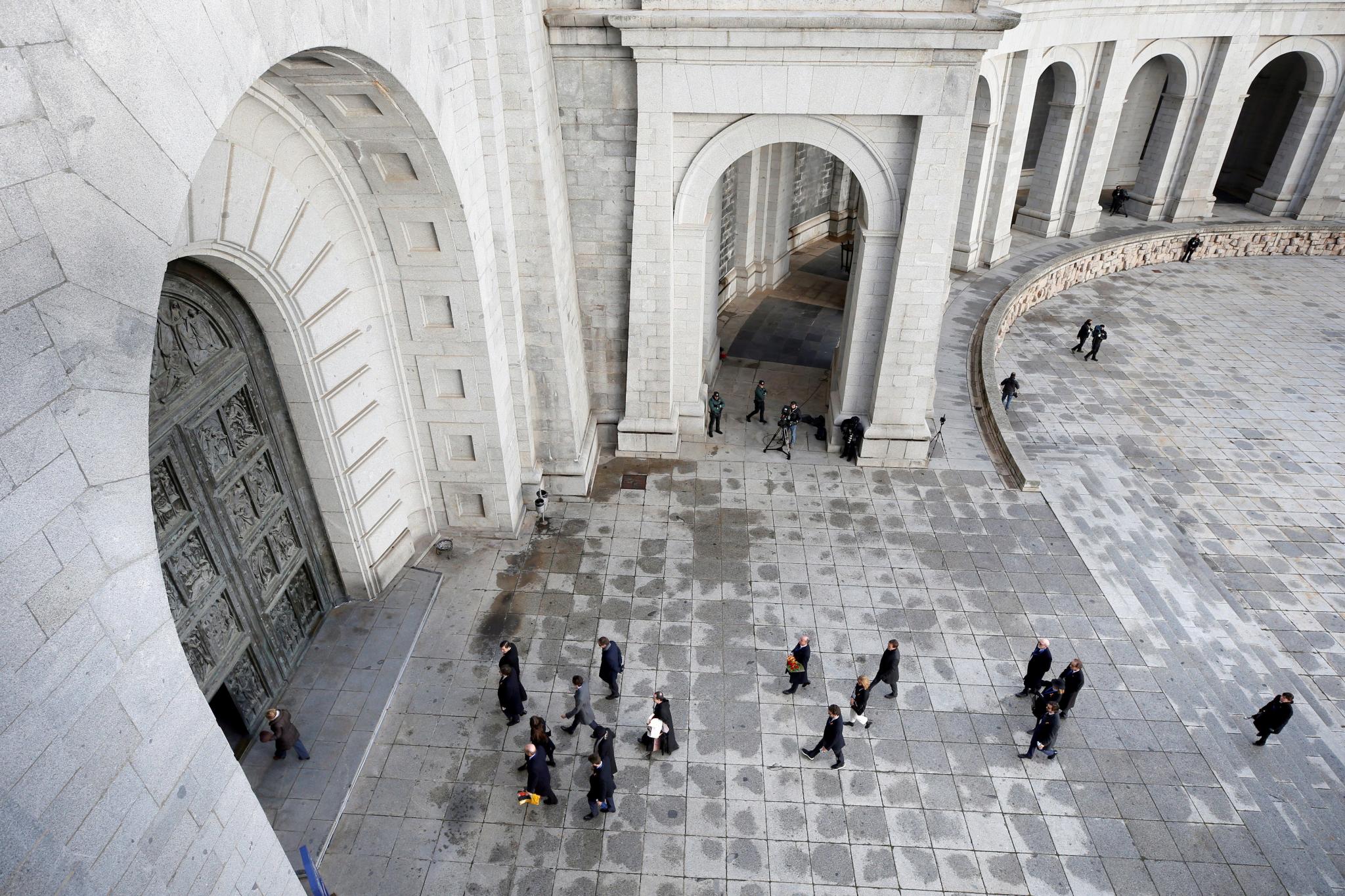 "Exhuming the dictator's body suggests that the Valley of the Fallen's significance could be reclaimed, a normal process within democracies like ours," Simon said.

BURIED BESIDE HIS VICTIMS
Although Franco died in 1975, divisions within Spain over his removal from the Valley of the Fallen - remain acute.

An El Mundo poll this month showed 43% of Spaniards favoured the operation, while 32.5% opposed it. On Monday, government sources said some of the companies involved in the exhumation had received threats. 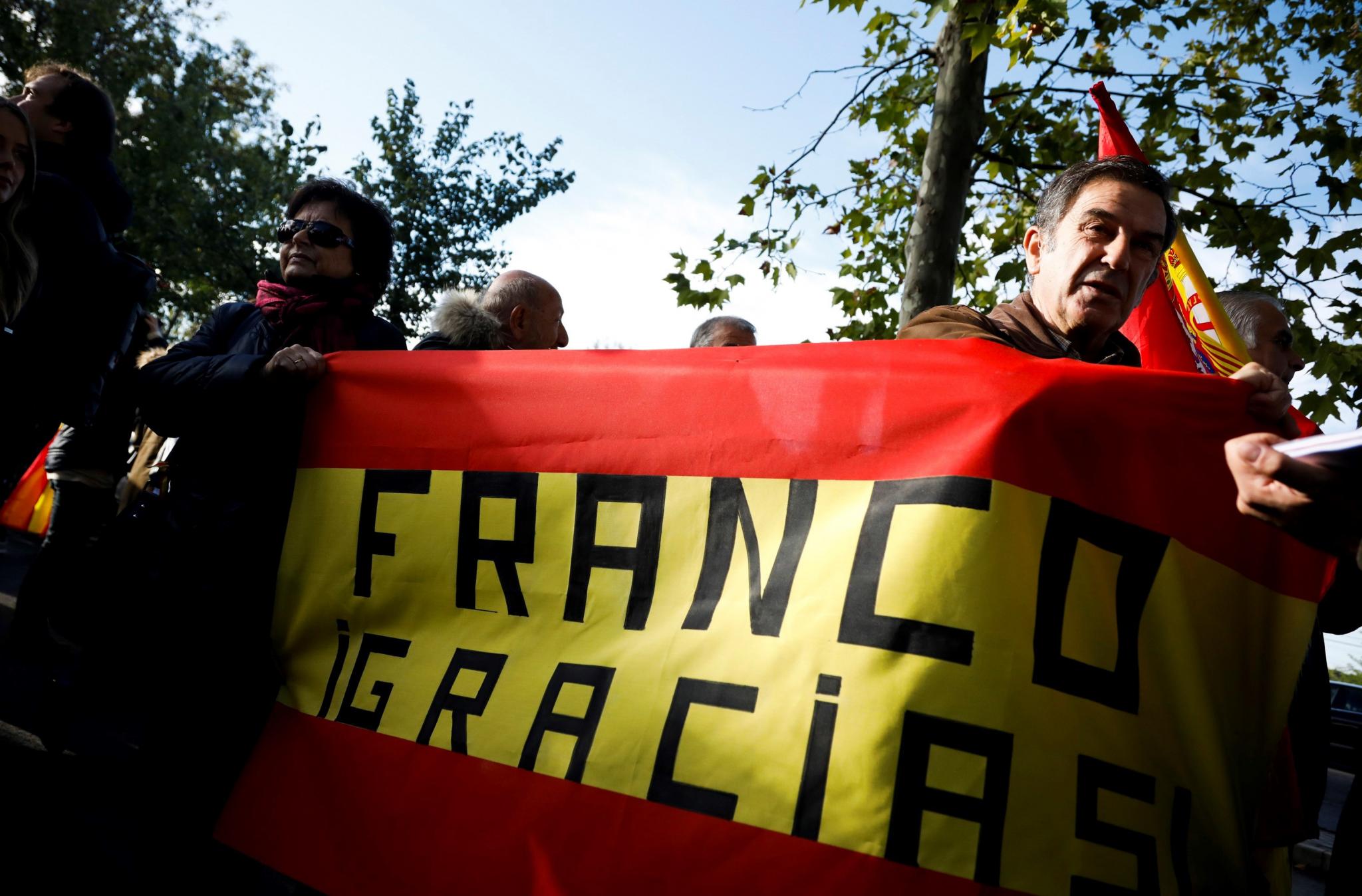 Franco's admirers saw him as a firm hand who fostered Spain's longest period of peace after centuries of turmoil.

Opponents, meanwhile, have long questioned the propriety of a dictator being buried alongside his victims. Thousands of dead Republicans were moved into the valley without their families' consent, while the complex itself was partially built using the forced labour of political prisoners.

The latter include 93-year-old retired historian Nicolas Sanchez-Albornoz. "It was time (to move him). It was overdue," he told Reuters. "We've waited many decades for (Franco) to disappear from this monument, which ... was the shame of Spain. All the dictators of Franco's ilk have vanished from Europe - Hitler, Mussolini - and were not honoured with such tombs."

Far-right party Vox has capitalised on the frustrations of those supporting Franco's legacy, performing better than many expected in national elections in April, and considers policies barring discussion of it from public life as revisionist.

But, as the next election looms on Nov. 10, Simon said he believed the left could exploit divisions over the exhumation within the moderate right-wing parties, which abstained from the parliamentary vote on the issue.

"The (conservative) Partido Popular prefers not to discuss (the exhumation) because it could hurt their electoral interests," he said.

"It could spark a sort of cultural war between the PP and Vox, one of the most disputed and porous frontiers in this election."