Irene Taylor was born in Liverpool and after a conventional education, during which she learned to speak Spanish, she was working at the Liverpool Income Tax office: a nice safe job that suited her temperament of not taking unnecessary risks.

This was when The Beatles had started out on a jaunt that became an odyssey and saw them become the greatest pop band in history. At that time, the world’s eyes were on Liverpool and young kids everywhere were wishing they lived near The Cavern. Irene did live near The Cavern but that was precisely when she decided to uproot and go on her own jaunt. It took her to Palma where there was no secure government job waiting for her.
But there was work in those days and thanks to her knowledge of English and Spanish Irene was soon working at a hotel in Arenal. 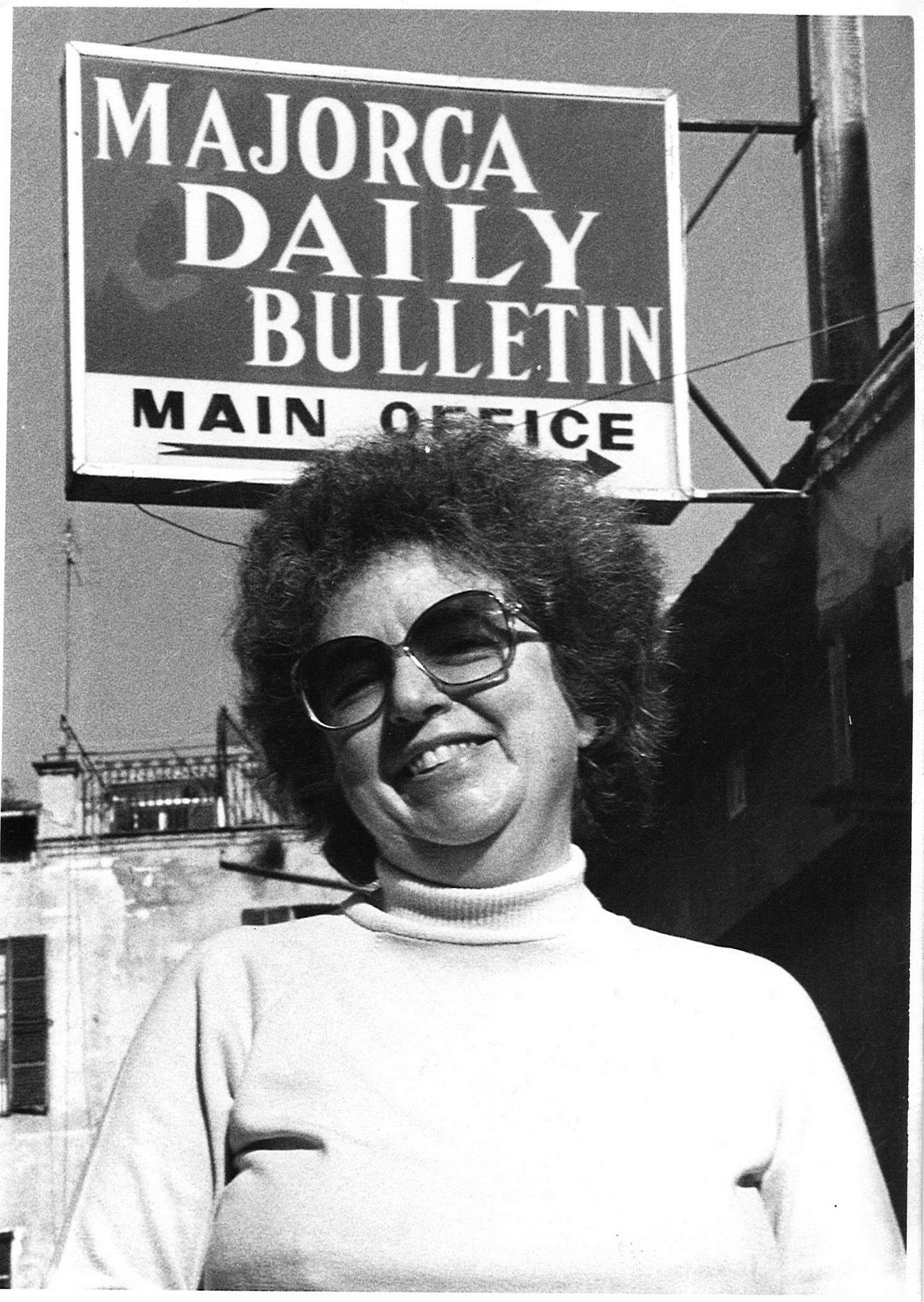 There she met Juana Llompart who was to become her oldest friend on the island. Juana later went to work on the public address system at the Son San Juan airport and Irene got a job at the Bulletin. Those were the early days when the Bulletin was run on a rather short shoestring.

We didn’t have Reuters and the UPI news services in English (they were still a few years down the road) and everything had to be translated, except for the few articles and columns written by local English and American contributors. 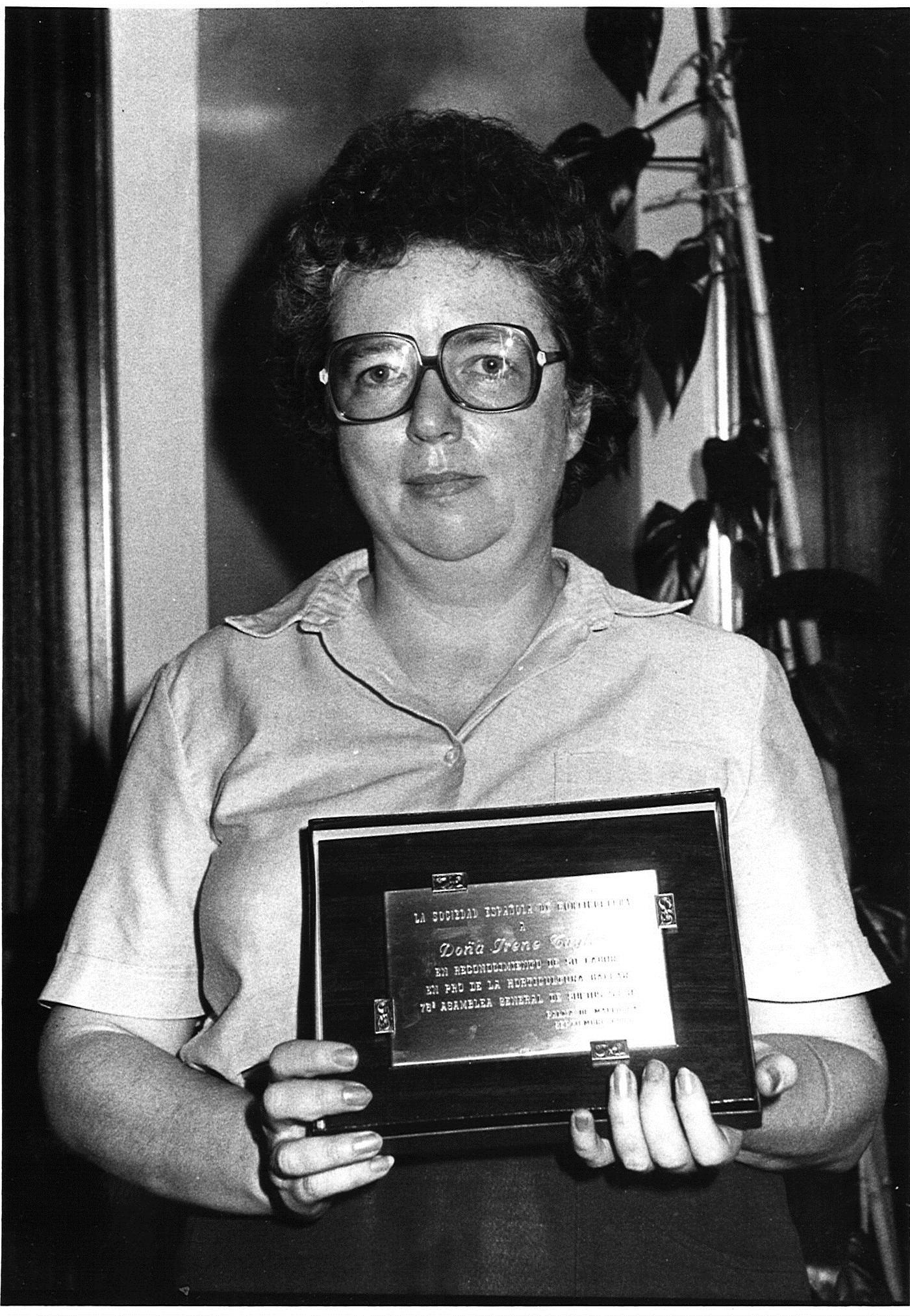 Although Irene was now working on an English language newspaper instead of in a Spanish hotel, as our chief translator she was soon fully immersed in putting Spanish into English.
She eventually became the fastest translator I have ever known. And she had some pretty difficult stuff to work on — a bank’s annual report, for instance.

And those were the days when Franco’s end-of-the-year speech had to be the front page lead on every newspaper — and for us that meant Irene had to translate every word of it.
She must have been one of the very few people in the world who translated that speech in its entirety. It would have taken me at least three hours, but if left alone Irene did it in just over half an hour.

Irene was the kind of conscientious person who always worked above and beyond the call of duty. She was forever on hand when help was needed and in those early days of the Bulletin I’d never have been able to get the paper done without Irene’s steadfast dedication to her work.

One of the reasons Irene was such a fast translator was her incredible Spanish vocabulary: the more words you know, the fewer you have to look up in the dictionary.

She had studied Spanish grammar and not only knew all the different verb tenses but also why and when the tenses were used. Her vocabulary was much better than the average Spaniard’s — and as good or better than those with university degrees. Except, perhaps, those Spaniards who had studied English philology.

I used to put her Spanish vocabulary to the test from time to time. Whenever I came across an old Spanish word I had never heard of I’d ask Irene if she knew the meaning.
On one occasion it was an early 16th word for doctor, the kind of word Cervantes used and is now obsolete. But Irene had read the classics and knew immediately that it meant a doctor.

I once came across the Spanish word alero, meaning the eaves of a house. It’s a word most Spaniards don’t know. When I asked Irene for the meaning, she thought for all of two seconds and then got it right.

But soon after that Irene was no longer translating. Instead she was reading through the Ultima Hora and Baleares, with whom we had a special relationship, and picking out the local stories that were of special interest to Bulletin readers. She rewrote them in her own words, using the original Spanish text as if it were a page from her notebook.

She did a page called Majorcan Miscellany that took in cultural events including concerts, art exhibitions and everything of interest that hadn’t made it on to the news pages. She also did the What’s On section. If you wanted to know what was going on locally, you asked Irene.

A few years later Irene was a fully-fledged journalist and was our chief sub-editor. We had worked together on every aspect of doing the paper and when I went on holiday she was able to step in and do my work.

Although the Bulletin took up the main part of her day, she also had many other interests. She loved flowers and plants and wrote a gardening column in her spare time. She was also the secretary of the Majorca Gardening Club and was the only member who wasn’t Majorcan or Spanish.

She had an encyclopedic knowledge of old films: who acted in them and who directed, as well as a detailed outline of the story.

Her love of films started when she was a young girl and read magazines such as Picturegoer which her mother used to buy every week. Whenever I wanted to know something about an old film I was on the phone to Irene.

She was also deeply into South American music and singing and had a huge collection of records. She was a Beatles fan, of course, and also had Leonard Cohen’s records and books.

Five years ago she had a pain across her stomach and following tests at the hospital they discovered she had cancer of the ovaries. It was operable but it was major surgery that lasted more than six hours. The operation was a success but she had two infections that needed treatment with two powerful antibiotics. I had offered to take care of her after the operation and her friend Juana Llompart, from Arenal hotel days, drove her to and from the hospital. When Juana brought Irene back after the operation, and under the effects of these two antibiotics, she was extremely weak.

But when the antibiotics killed the infection that was stopping her from eating, she picked up quickly. After two weeks of complete rest she was ready to get out and about — but only the 150 yards walk to the supermarket to buy what she fancied for lunch and then back again.

She was soon shopping every day and then started cooking for herself twice a week. After a few weeks of that she went on to looking after herself every day. She had recovered nicely, but still had to take things easy. 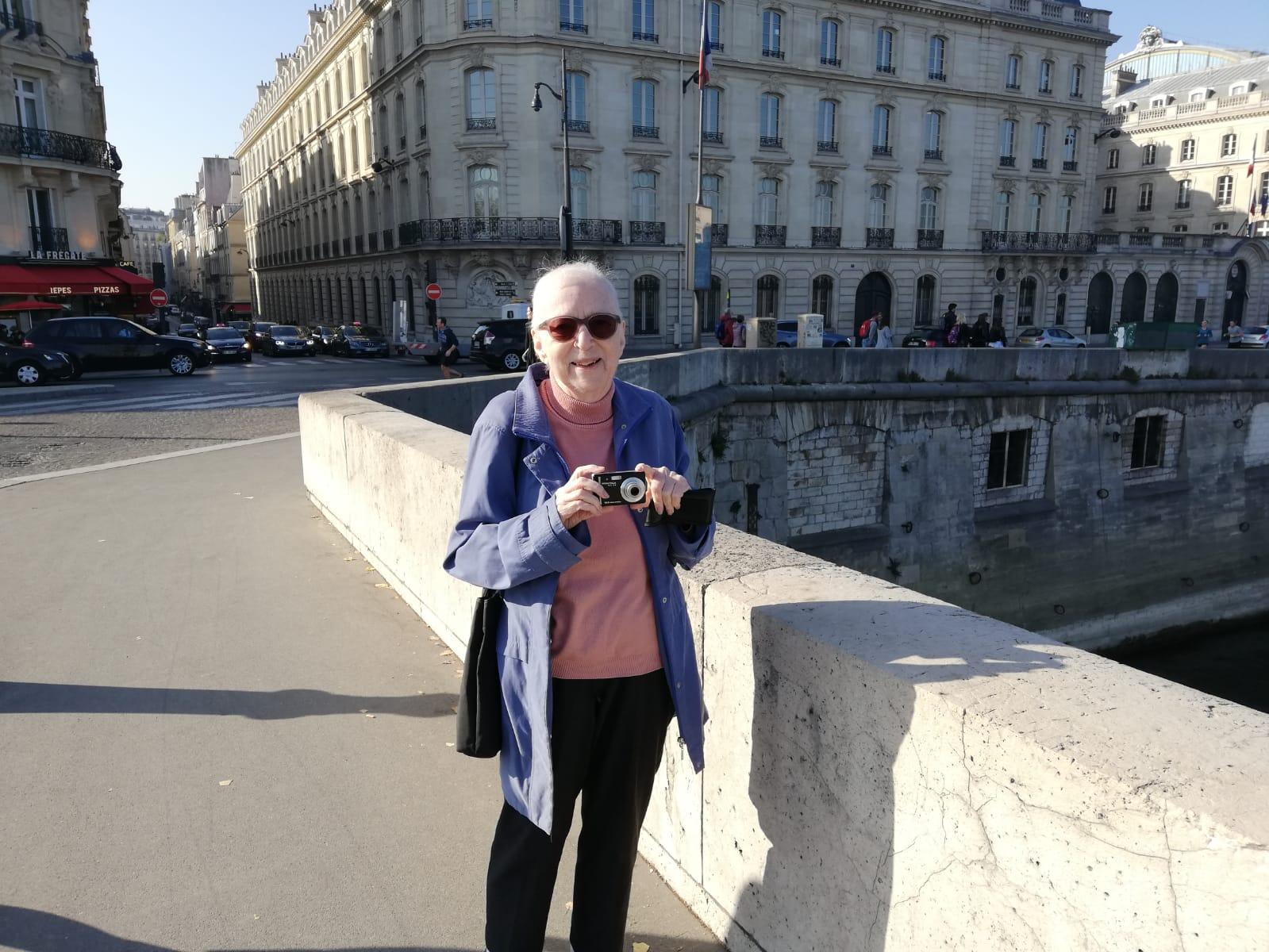 Juana drove her to the weekly chemotherapy sessions and brought her back and that was a tremendous help. The treatment she was on wasn’t an aggressive one and there were no real side effects. But on treatment day Irene left home at 8am and didn’t get back until around 3pm and sometimes as late as 6pm.

About 200 yards away on the street where Irene lived there is a Chinese-Majorca association that organises classes in Chinese. I got her to enrol as it would be a challenge and a good way to keep her mind occupied.

She loved it and got really involved, downloading all kinds of mobile apps including one that showed the Chinese character when she entered a Spanish word. Within a year she was back to translating — but this time Spanish words into Chinese. She was a good student: in her first end-of-term exam she scored 9.2 out of 10.

That was just on Saturday mornings. On other days she was attending lectures on the history of art or ancient civilisations. She was also going to just about every concert being performed in Palma. She was one of the most avid users of the Bulletin What’s On page.

About a year ago our long on-off relationship trundled to another end and we were out of touch.

Irene was on still on chemotherapy once a week but the intestinal tumours didn’t go away. Two weeks ago she was in pain and went into hospital. She spoke to her sister Carol and the phone and she and her brother Ian came out next day. But by then Irene was on morphine and under sedation. She died peacefully about a week later.

As Irene was so fond of Leonard Cohen’s work, a few of his lines will bring this little tribute to a nice end. It’s a short poem called For Anne, but today the words are also for Irene.

With Annie gone,
Whose eyes to compare
With the morning sun?

Not that I did compare,
But I do compare
Now that she’s gone.

Irene would have loved those six lines and the sentiments Cohen was expressing. I wish I had sent her the poem when I first came across it in an anthology three weeks ago.

A Celebration of her Life will be held in the Chapel of Bon Sosec Crematorium, Crta. Palma - Inca, km. 7.5, Marratxi, on Monday Novmeber 11 at 5.30pm.

What a lovely tribute, Andy. Irene was very fortunate to have had such a good friend as yourself, who recognised and appreciated her many talents, and was there for her when she needed you. Irene was evidently also a very proficient proof reader, who detected and corrected countless inadvertent writing errors prior to the invention of Professor Google. Even these days it still takes a human eye to spot the difference between different spellings of the same word, e.g. rein in (as in constrain) and reign (as in to rule), which slipped into a recent Bulletin article (no names, no pack drill). Well done, Andy, Irene can be justly proud of such a glowing appreciation.

Andrew, what a lovely in-memorium. Thank you. May she rest in peace.