Sant Sebastià is the Patron Saint of Palma, Majorca and the 2020 Festival got underway on Saturday.

The artist Fernando Estrella, who was born in Seville but now lives in Palma kicked off the celebrations with a proclamation in the Plaza de Cort, recalling his long relationship with “the wonderful island of Majorca”. He told the crowd how much he loved his partying days in Plaza Gomila way back in the 1970’s and then worked as a chef at Bar Flexas in Palma for 10 years.

Palma City Council is spending 535,000 euros on the festival this year and the programme is extensive. 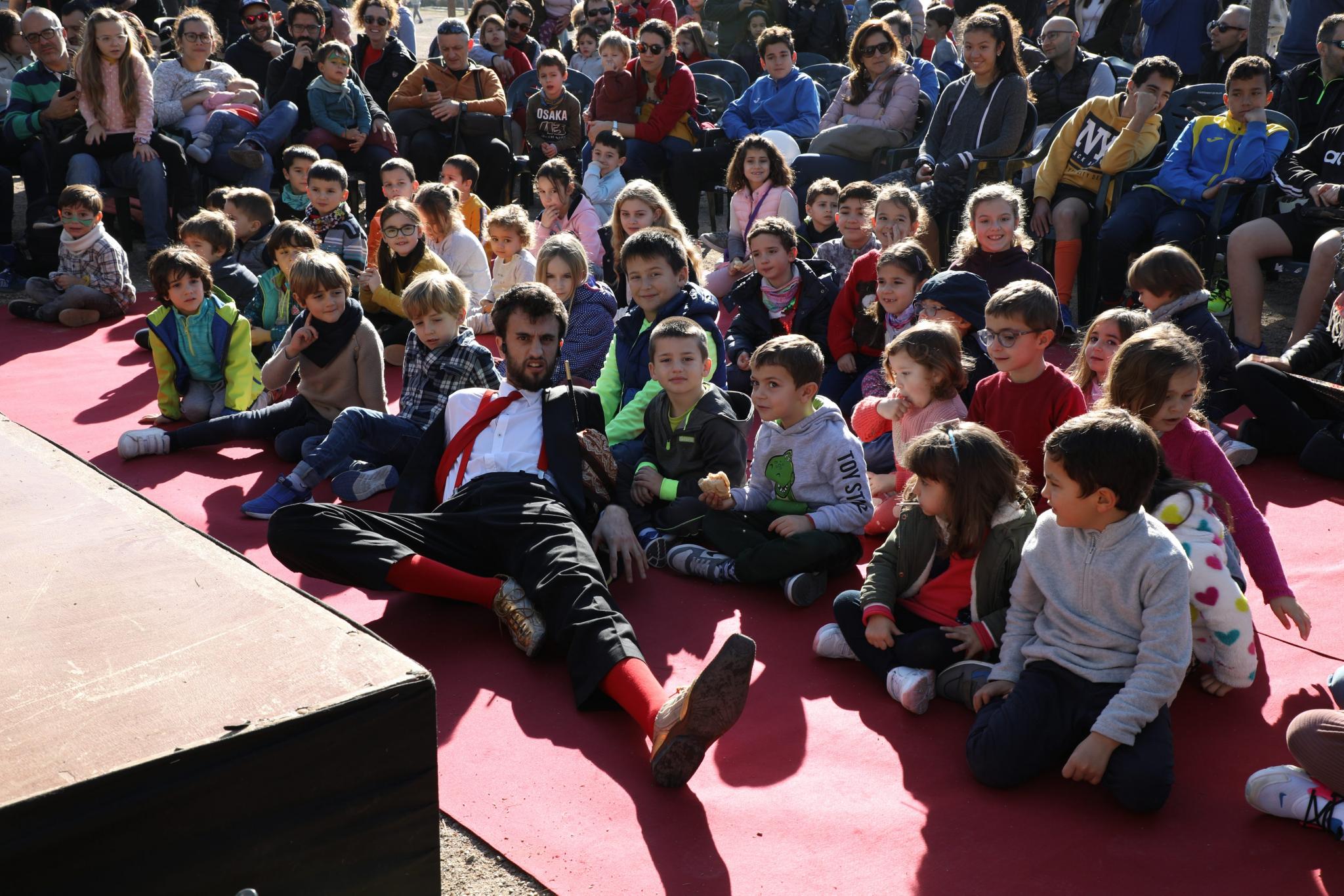 On Sunday it was sunny and warm and hundreds of families made their way to Parc de Sa Riera for Sant Sebastià Petit to watch the bonfires being lit, see the parades and take part in workshops and tons of other activities.

“I have been coming with my children for several years and what I like most is the variety of activities. The children have a great time and so do the parents,” said Maria Paz who was queuing with her children at the carousel as it released a large cloud of soapy bubbles.

At 10.30 the parade of the giants began and smiling children bobbed in and out of the crowds to take photographs with their favourite characters.

A few metres away there were musical shows and games and at the ever popular Bambú circ, they performed pirouettes and juggled, played with hula hoops and balanced dishes. 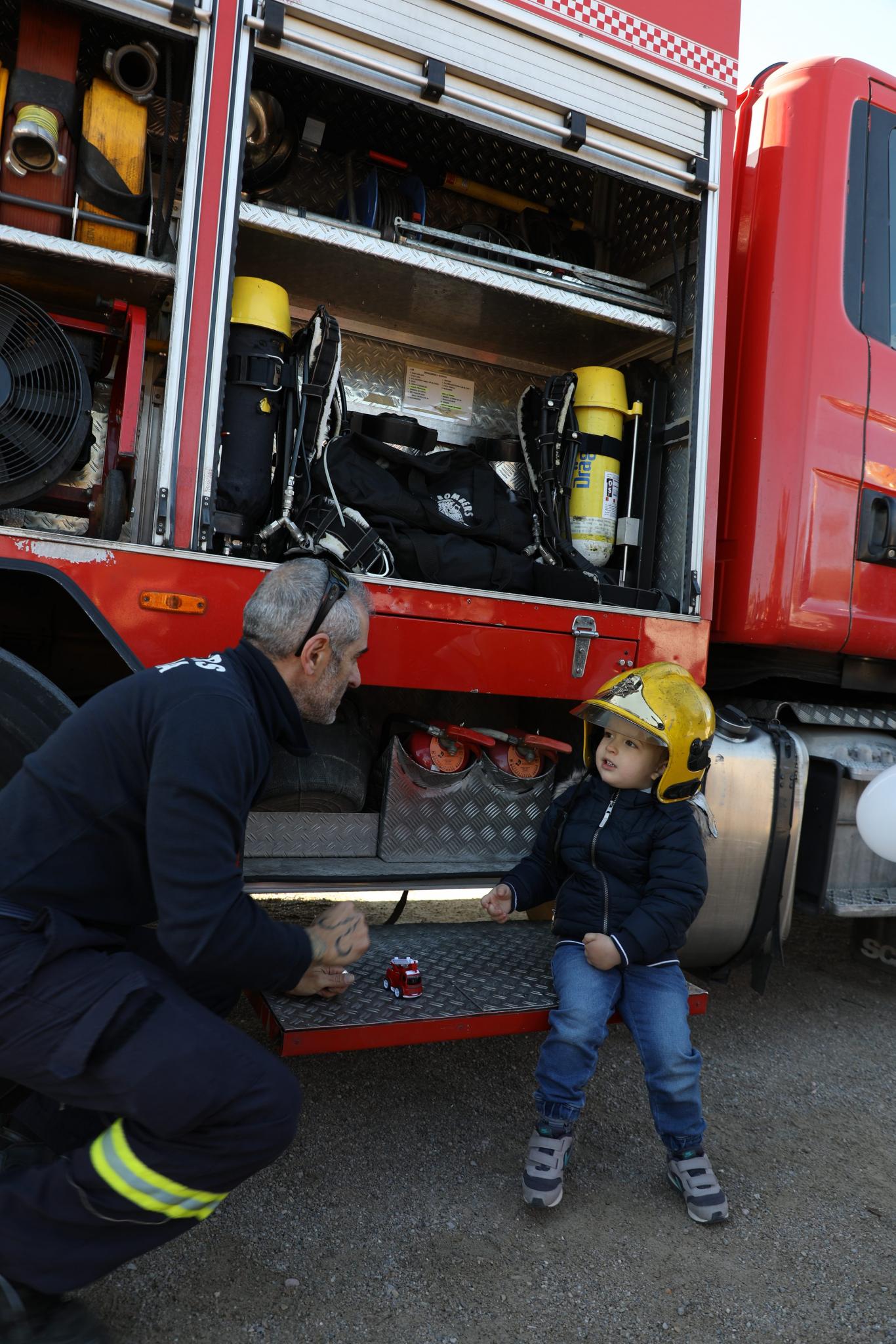 The Palma fire truck was very popular with the children who were able to get dressed up in helmets and jackets and have their photograph taken. The new EMT buses in the park were also a big draw with tons of kids eager to jump into the driver’s seat.

There was music from Trencaclosques and Flop and the Animal storyteller, The Three Little Pigs puppets and their friends dazzled the little ones with their stories, while Els 4 classics entertained them with their circus show.

In the faceprinting area the were mesmerised as skilled makeup artists turned them into heroes, dragons or princesses and in the magic workshop they learned how to do tricks to surprise their friends, whilst others were content to colour with paints and coloured sand. There was also an area dedicated to children between 0 and 3 years old.

At 12 noon, in the Parc de la Riera amphitheatre, the Xanguito group took to the stage and children and adults danced their socks off and sang songs at the top of their voices.

The more adventurous made their way to the tricycles area where they could demonstrate their driving skills or the Giant Bubble Workshop where they could make massive bubbles and chase them until they exploded.

It was a great day out for all the family and the kids had a whale of a time, but it’s not over yet, the Festival runs until January 26 and there’s loads of events planned in Palma.

Highlights include the 'Trescabarris' on January 25 from 10.00 in Son Armadams; 'Restricted Zone', will perform a series of theatre, culture and music shows on January 23, 24 and 25 in three neighbourhoods of Palma, and the 'Photo Marathon' is on Sunday January 26 in Plaza Mayor.

But the biggest nights of the festival by far will be the revetla on January 19 in Plaza Mayor and the ‘Correfoc' on January 26th when beasts and demons will be dancing in the streets and breathing fire and there will be live music all over the city.