World markets hit the floor on Wednesday when the US President, Donald Trump announced that European travel to America will be suspended for at least 30 days from midnight on Friday, to prevent the spread of coronavirus.

"I have decided to take several strong but necessary steps to protect the health and well-being of all Americans,” he said, “to prevent new cases from entering our borders, we will suspend all travel from Europe to the United States,” said President Trump.

The Department of Homeland Security, or DHS has already issued an order banning all foreigners from entering the US if they’ve been in any of the 26 countries that make up the EU Schengen zone for 14 days prior to their trip. 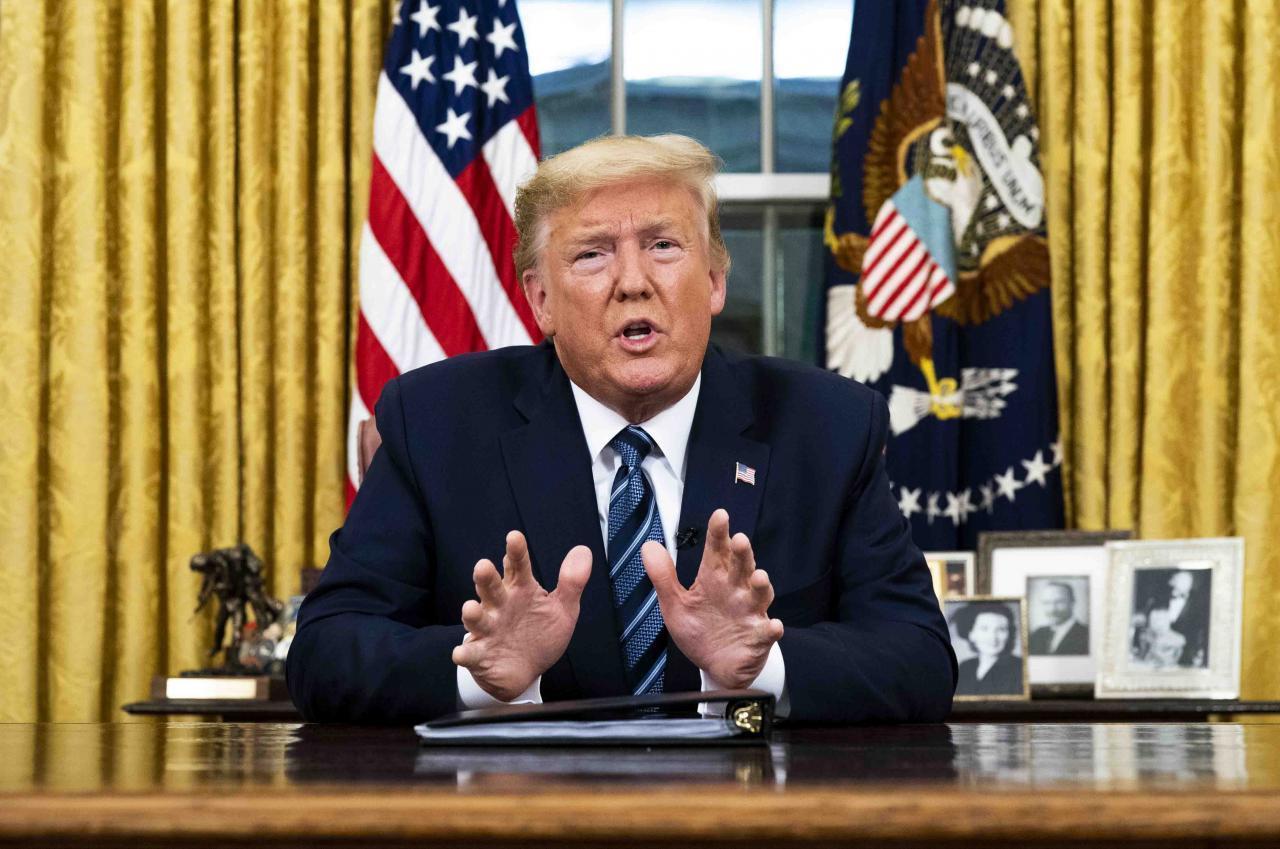 President Trump said the ban closes the door to "anything" coming from Europe, including goods and trade, although he later tweeted that the ban ‘holds people, not property’. The “restrictions will be adjusted according to the conditions in the field and “exceptions will be made for Americans who wish to return from Europe if they agree to undergo rigorous virus detection tests.”

President Trump has called COVID-19 "a foreign virus" and blames European countries for the spread of the disease in the United States.

"The European Union did not take the same precautions and did not restrict travel from China and and as a result, a large number of new cases in the US were triggered by travellers from Europe,” he said.

The US President also announced that due to the drop in new cases in China and South Korea, travel restrictions imposed on those countries will now be “re-evaluated".

"We are at a critical moment in the fight against the virus. We have taken a step that saved lives with early action in China, and now we must take the same steps with Europe,” he said.

A number of economic measures will also be taken in the US to counteract the effects of coronavirus.

A Government-owned low-interest-rate loan program will be available for companies affected by the coronavirus, and President Trump said he will ask Congress for an additional US$50 billion to approve it.

There will be an interest-free tax extension for individuals and businesses affected by COVID-19 and Congress has been asked to approve a Federal payroll tax reduction.

President Trump said he would approve "an unprecedented emergency measure" so that people who could not work as a result of the coronavirus, whether due to illness, quarantine or caring for third parties, would not lose their salaries.

He also defended the strength of the US economy in the wake of the drastic stock market crash in recent days.

“Banks and financial institutions are fully capitalised and incredibly strong, this is not a financial crisis, it is just a moment in time that together we will conquer as a nation and as a world," he concluded.

More than 1,200 people in the US have tested positive for coronavirus and 36 patients have died from the disease.