Pablo Iglesias is a dude. A family man dude at that. He, Irene and the three little ones can enjoy lockdown in the grounds, with pool, of their chalet in the leafy suburbs of Madrid; he emerging sporadically for an appearance in Congress or at the Moncloa Palace press conference. Such as the one last week. Family man dude, second deputy prime minister for social rights, who better was there than Pablo to smooth things over with the kids - not his, but the entire population of children in Spain?

Podemos support may have flagged recently, but going for the kids’ vote was rather premature. Appealing to and apologising to eight year olds won’t bear fruit for another ten years, by which time he and Irene - given the rate they’re going - will have amassed the equivalent of a football team, while he will probably have moved on from Spanish politics and secured an even better paid job with the UN: head of Unicef would be appropriate after last week’s performance.

Pablo was very humble but also very aware, which comes from being a family man dude. “I know that listening to a government announcement from the Moncloa with your parents can be boring, but we are talking about YOU, and I want to apologise because we have not been as clear as we should have been about the conditions for YOU going out from Sunday.” Yes, Pablo was acknowledging that politicians, where children are concerned, are boring. Which was almost certainly why none of them were actually listening to a government announcement with their parents.

Still, good work nonetheless, Pablo. The parents will have been impressed. You trust. But meanwhile, there was that other business - that to do with Amancio Ortega, the founder and chairman of Inditex (which includes Zara) and estimated to be the world’s sixth richest person. Pablo and other members of Podemos have had critical words for Amancio, such as “we cannot accept that the health of our children or our parents depends on the health of a billionaire”. “The public health system cannot accept donations from millionaires like Amancio Ortega. On the one hand, gracious donations to public health. On the other, a network of shell companies to evade taxes and thus undermine state revenues that maintain public health.”

These comments were all pre-crisis by the way; the public health system might right now be grateful for further donations. It wasn’t these donations as such which were an issue, although the comments were as there were plenty of reminders of them when Pablo was caught on camera in Congress. Or specifically, Pablo’s jacket was caught on camera. It was open, and there for all to see was the label - Zara.

I’m the mayor, let me out of here

A case of extreme confinement breaking and something of an embarrassment not just personally but also for Pedro Sánchez’s PSOE. The now former mayor of Badalona in Barcelona province is Álex Pastor. His party is PSC, which is the PSOE Catalan wing. Or it was his party, as he has had his membership suspended.

On Tuesday night, a Mossos patrol came across Álex and his car in the centre of Barcelona. Excuse me, sir, would you mind telling me the reason for your not being at home? The questioning would presumably have gone something along these lines, and it was questioning to which Álex didn’t take too kindly. Nor was he impressed by the request to give him a breathalyser, despite his displaying clear signs of being under the influence. Karate expert Álex appeared to indicate that the officers should have appreciated that he was the mayor of Badalona and that they should have been letting him be. The officers weren’t having any of this, so Álex responded somewhat violently. This included his allegedly biting one of the officers.

Having been arrested, he was eventually released in the early hours of Wednesday. Later on Wednesday he resigned as mayor.

When not wishing to form governments of national emergency and filing lawsuits against Pedro Sánchez, Vox have been concerning themselves with matters of a linguistic nature. 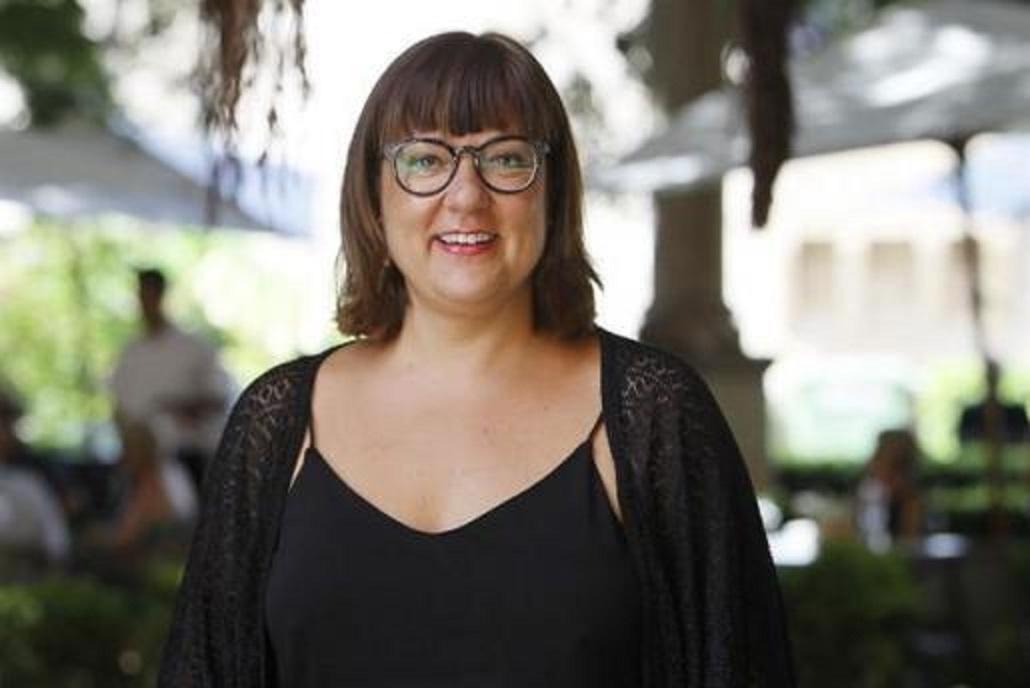 At the centre of their latest spat with the Majorcan left is our old friend, the former tourism minister Bel Busquets. Our Bel is currently in charge of culture at the Council. Culture includes language, which is something of a Bel forte; tourism never having been and never likely to be. Philologist Bel’s most recent campaign to promote Catalan features the image of a young woman of colour. “Speaking in Catalan brings advantages,” says the poster, which also suggests that there is prejudice, based on race, as to language. The young woman in question, it is inferred, would be presumed to speak Castellano and not Catalan.

This was all a bit too much for Vox councillor Toni Gili. The campaign is racist for having implied that because someone isn’t white, they don’t speak Catalan. Which is indeed the implication. It is a new example, he maintains, of the “linguistic racism of Més, the independence-supporting and xenophobic partners of the president of the government, Francina Armengol”. Gili wants Bel to be sacked. She won’t be.