An avalanche of bookings for Tourist Pilot Scheme

The Tour Group, TUI says German bookings for hotels involved in the Tourist Pilot Scheme in Majorca have gone sky high in the last 24 hours.

German travel agencies say they've already sold more than 500 holidays and the outlook for the coming days "is more than positive”.

If demand keeps growing at the current rate the Central Government may have to be asked to authorise more flights to Majorca between June 15 and 21.

“The reaction of the German market and the avalanche of reservations for holidays in our Concordia and Bravo hotels during the Pilot Plan has surprised us. We are already fully booked on many of the days, which was unthinkable a few weeks ago,” said a RIU spokesperson.

The Riu Bravo has 442 rooms, but only 218 rooms can be booked because of the tourist accommodation restrictions imposed by the Ministry of Health and the Riu Concordia has 284 rooms, but only 142 are operational.

“The amount of reservations already made for the second half of June confirms that we were right to collaborate in the Government’s Pilot Scheme and most of the reservations at both hotels are for five nights,” said a RIU spokesperson. 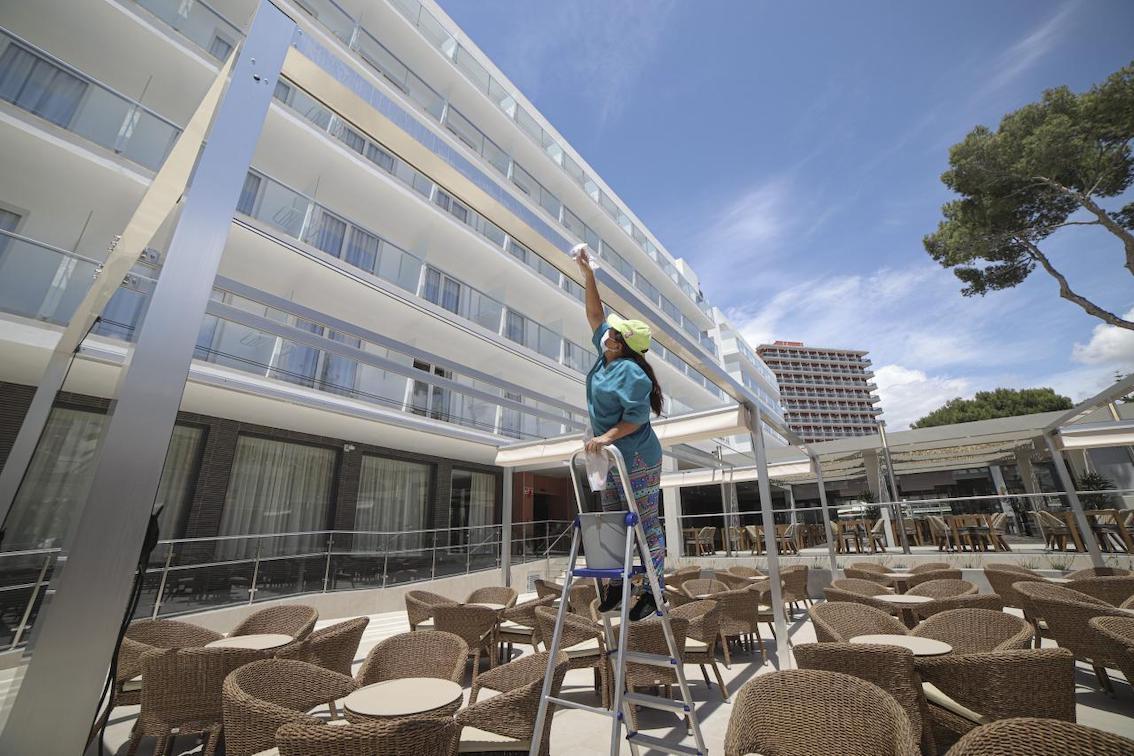 The TUI group promised the Government that the Balearic Islands would be the first holiday destination in Europe to be reactivated when restrictions were lifted and the number of bookings for the Islands have already outstripped all other destinations in the Peninsula and the Mediterranean basin.

The aim of the Government’s Pilot Scheme is to relaunch the International image of the Balearic Islands as a safe destination in the wake of the coronavirus pandemic.

German Tour Operators are promoting Majorca as a priority because demand for flights to the other Balearic Islands is low, but Lufthansa is reportedly considering implementing flights from Germany to Ibiza and Minorca.

DER Touristik and Schauinsland Reisen have opted for the Iberostar Cristina in Playa de Palma and the Alcudia Garden and Viva Golf hotels and marketing is due to begin in a few days.

One week package tours cost €600-€1,000 depending on the category of the hotel and whether it's a half-board, full-board or all-inclusive holiday.

The Riu Bravo and Concordia are offering all-inclusive holidays because there are very few restaurants in the area.

Is the Balearic Government right to allow German tourists back before the end of the State of Alarm?

The politicians will open the doors ,forget safety,it’s all about sitting on their lazy backsides,letting the hotel’s ,the restaurants ,bars do the work and take the health risks just so they can collect the Eco Tax, Nothing changes politics wise.

With an R rate as high as there’s looks like Mallorca is going to come to a grinding halt with cases soaring hope it works but somehow ??