The Police were out in force at Palma’s beaches on Tuesday night to stop the usual Sant Joan celebrations from taking place on the sand and in the sea.

Thousands of people usually head for the beach to perform a number of rituals to ward off evil and negativity, which include jumping 7 waves backwards, jumping over a campfire and swimming in the sea at midnight.

Some consider Sant Joan the perfect time to celebrate the festive spirit of summer, enjoy a night out with friends and family or dine al fresco in pleasant temperatures, but for others it’s time to get the party started.

Because of the coronavirus health crisis, Palma City Council and several other coastal towns decided to suspend the Sant Joan festivities and close the beaches to prevent crowds from gathering and prevent a new spike in infections. 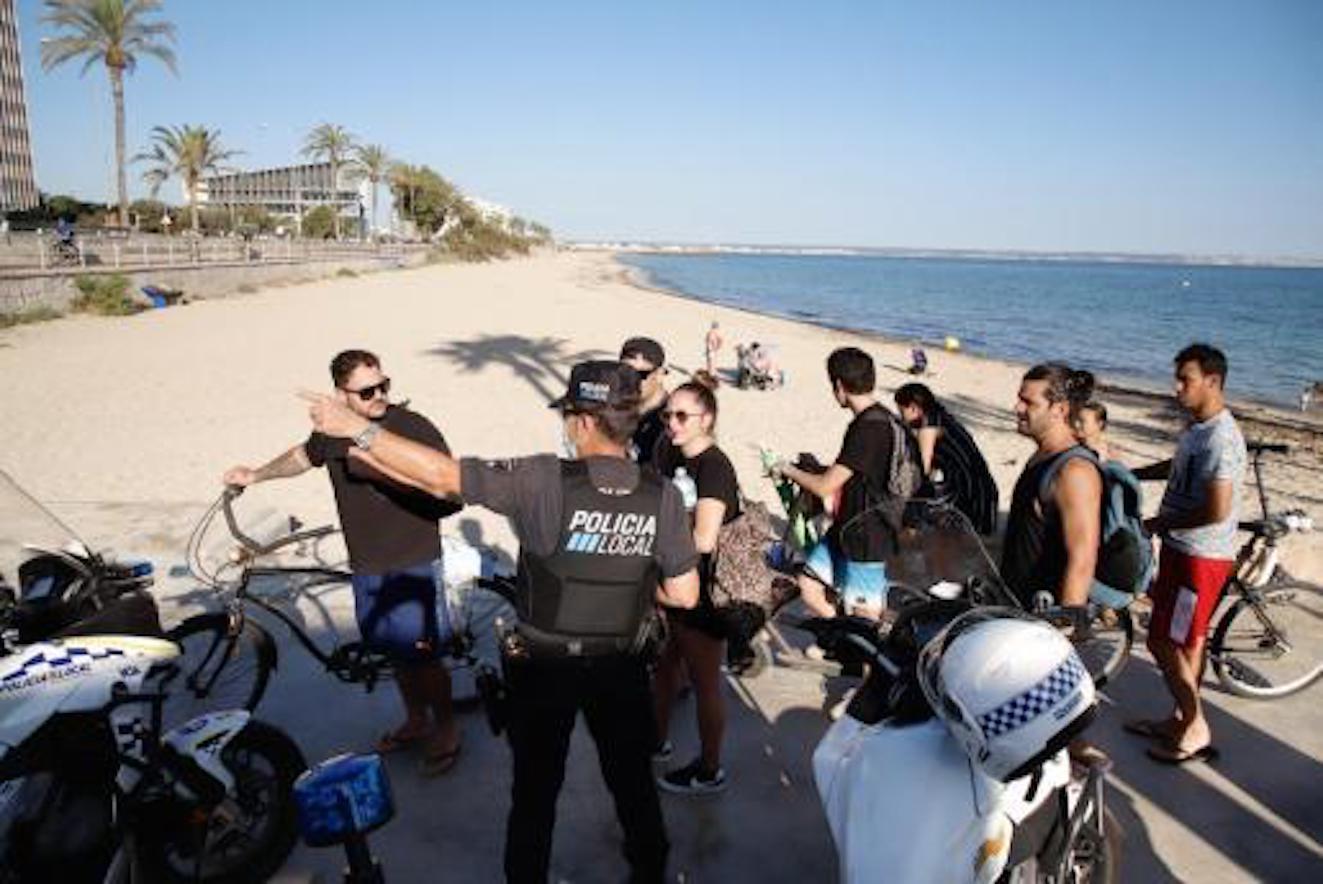 Local and National Police Officers monitored the entrances and exits to beaches and signs were put up to inform the public that they could not party on the sand, although some did have to be reminded.

Most people chose to celebrate with dinners or private meetings at home and there was no significant increase in customers at restaurants and bars.

Some small boats did manage to anchor off the coast of Majorca with groups of people onboard who celebrated the night of Sant Joan at sea, at the prescribed distance from the beach.

Police say there were no major incidents on Palma’s beaches during the night of Sant Juan and Palma Mayor, José Hila tweeting his thanks to the Officers and the public for respecting the beach restrictions.