Tourists party like there's no such thing as Covid-19

There were so many German tourists in Calle de la Cerveza, in Playa de Palma on Saturday night that it was impossible to respect social distancing in the street or in bars and the only people wearing face masks were the waiters.

National and Local Police were on patrol but the crowd was so huge it was almost impossible to control, so an Elite Police Unit or IPU is being deployed to the area from Sunday. 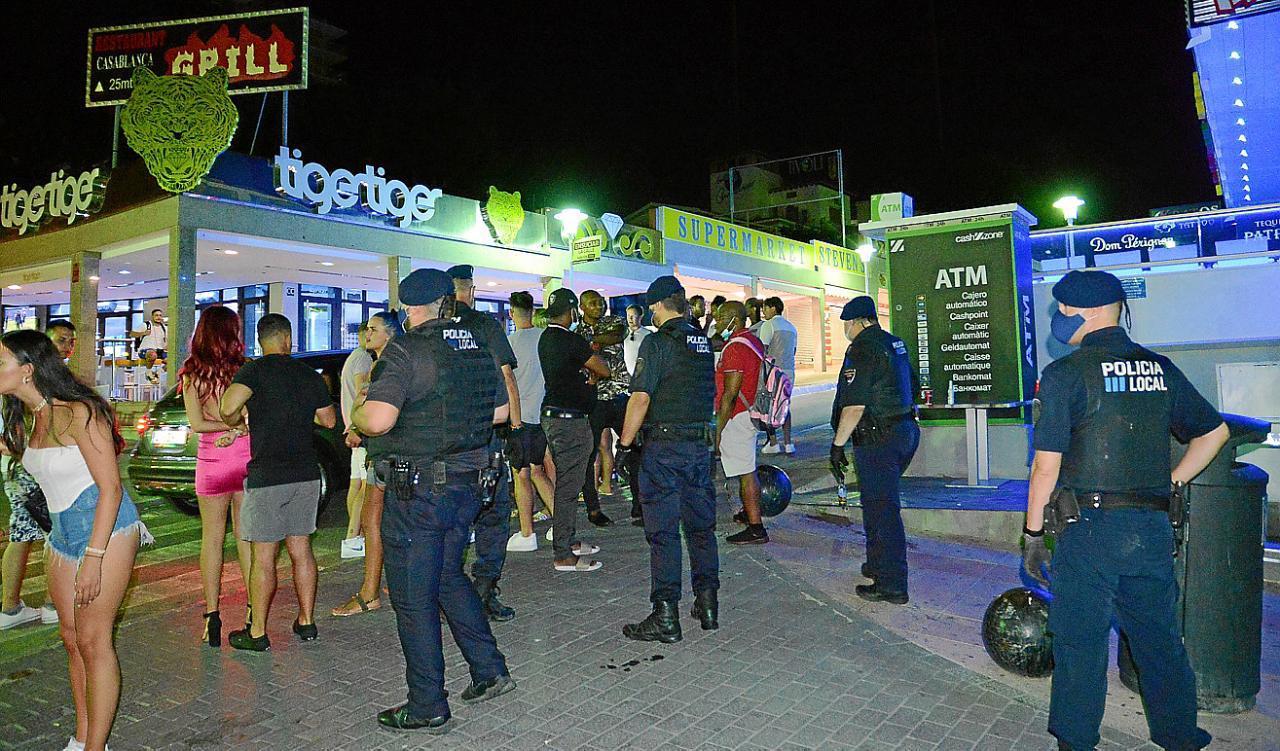 Local Police and Guardia Civil Officers were also out in force in Punta Ballena on Saturday night and had to deal with a string of incidents.

A DJ was arrested for alleged drug trafficking, another man was charged with alleged robbery and at least three places were cited for excessive noise.

None of the English tourists were wearing face masks and some were reportedly complaining about the poor atmosphere in Majorca this year.

When they were forced to vacate the bars in Punta Ballena at 2 o’clock in the morning, they congregated in the streets and started singing so loudly they could be heard a kilometre away.

At least one English tourist has been arrested for causing thousands of euros worth of damage by jumping up and down on a parked car in Magalluf on Friday.

Every single one of those idiots should have been rounded up and placed in LOCKDOWN for 48 hrs .both the Brits and the German youths are placing every body in danger. also they should have been placed on a banened list and told they cannot enter Mallorca for 2 years

Penny | over 2 years ago

Why on earth were the tourists allowed in so soon? Property owners yes because we love the island and respect the law & the Spanish. Just close the bars in Punta Ballena!

Why why why? These are not the type of tourists we want. Why does the govt obsess in controlling holiday rentals, which don’t attract this pond life, but continue to let this moronic destructive tourism to continue? Oops. Forgot. Hotel power base, short and curlies, money. Lots of money.

Harvey | over 2 years ago

It makes me feel ashamed to be British