2020 Christmas Lights in the Balearic capital

In 2017 thousands of people came to see the Christmas lights being turned on on Paseo del Borne in Palma. The event counted on numerous musical performances and street animation. | Youtube: Ultima Hora

Just a few days ago Palma City Council said the Christmas lights would be a bit sparser this year, but now it seems there’s been a change of heart and that 75% of the city's neighbourhoods will have lights. 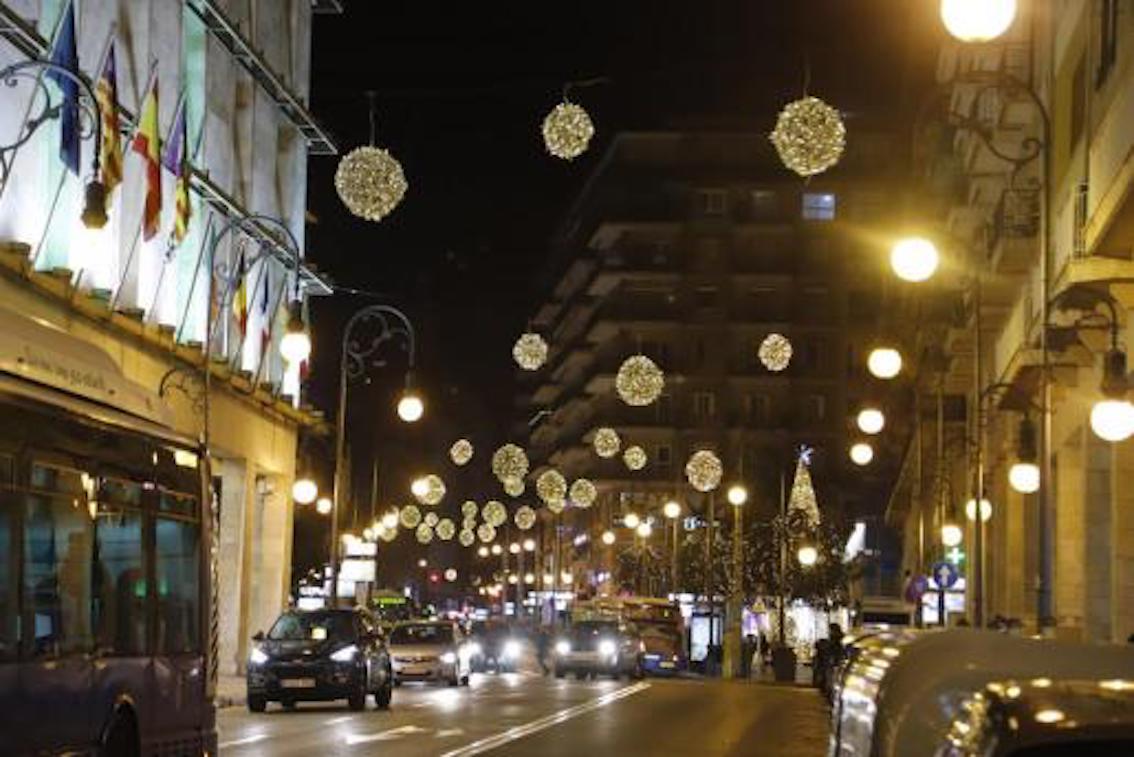 Councillor Pastor pointed out that 100% of the lights are LED, 33 new streets are being lit up as well as those where trade is high, such as Carrer del General Riera, Carrer Torcuato Luca de Tena, Carrer d’Indalecio Prieto, Carrer de Jaume Balmes and Camí de Son Rapinya.

More than 30,000 garlands have been installed, there’s Christmas lights on 200 palm trees and there will be 1,160 trees.

A 23 metre high Christmas tree with a 3x3 step inside will be placed in Parc de la Mar and two 3x4 metre light arches are going up in Placa del Mercat.

A total budget of 1,445,000 euros has been allocated for the Christmas lights in Palma this year, and 45% of the money is being used to renew materials.

Mayor Hila explained that unlike other towns in Mallorca, Palma City Council wants to put up Christmas lights for a variety of reasons.

“Firstly for the children who have done very well during the pandemic and look forward to being able to go for a walk with their parents at Christmas when they will be able to do little else,” he said. “Secondly, to support the city's small businesses which are having a very bad time because of the pandemic.”

Pimeco Vice President, Carolina Domingo, thanked the Council for its collaboration but called for "urgent provisional measures for customers in the Part Forana who have been unable to reach central Palma as a result of the mobility measures taken by Cort.

”These measures were taken due to the influx of tourists, but at the moment there is no tourism and the situation for trade is very alarming,” she said, adding that “Palma's small businesses are experiencing a very complicated situation and many won't be able to open their doors this Christmas.”

Mayor Hila rejected her request saying, "we have a very clear city model, we think that Palma is a city to walk around at Christmas," he stressed, "the pavements will remain small, like what happened during the State of Emergency when it was necessary to close streets to traffic to expand the space for pedestrians.”

Domingo said she regretted that the City Council’s initiative for businesses to spread into the streets during the holidays won't be successful because most traders would have to hire someone to look after the stalls and they fear there will be more thefts.