The Government’s decision to allow people to smoke in the streets but continue to ban them from lighting up on terraces has been heavily criticised by the Food & Beverage Sector.

“We applaud the fact that they want to control smoking, but if people can’t smoke on the terraces of hotels, bars, cafes and restaurants trade will drop and that will damage turnover,” said CAEB President, Alfonso Robledo.

“It is shocking that you can smoke in the street if you keep your distance but you can't do the same on the terraces," added PIMEM President Eugènia Cusí. "They need to explain the reason for this because it takes away our market share and impacts turnover.”

Restaurateurs in Palma say the announcement came as a complete shock.

“This decision will not fix the damage that has already been done to employers,” said Piccolo Café Manager, José Fernández who claims he’s “lost at least 20 orders a day in the last three months."

Complaints escalated in Palma as a growing number of smokers took refuge in the backstreets of the city to avoid being fined for smoking and left their cigarette butts behind.

“There are many customers who smoke at the tables when the waiters are not watching,” he said. “I think they should either allow people to smoke or ban tobacco altogether, one or the other.”

Not everyone is opposed to upholding the ban on smoking on terraces. 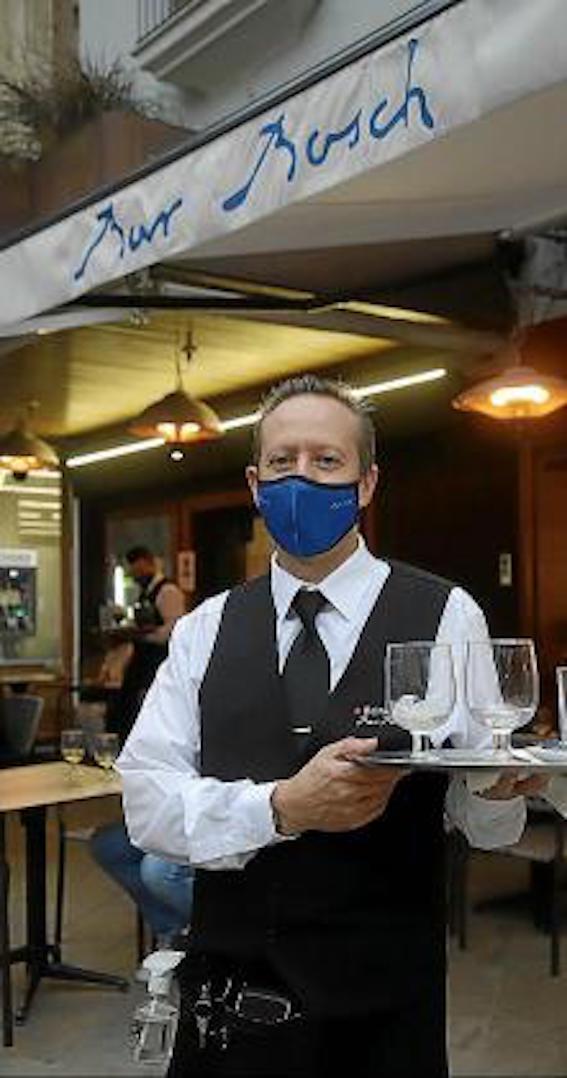 “Customers have respected the ban and people are increasingly aware that there is no need to smoke; we have never had any problems or needed to report anyone,” says Bar Bosch waiter, Gustavo Millán who points out that “partially lifting the ban might be confusing, but it will be positive."

The Restaurant & Hospitality Sector has been battered by the Covid-19 pandemic and trade has fallen by 80% at bars, cafes and restaurants since March.

CAEB and PIMEM say they’re concerned that “the measures introduced in recent months will lead to a further decrease in income, endanger the viability of many companies and cause job losses."

Now they must wait and see how effective the QR code system will be.

Oh poor smokers. You can't continue polluting people's lungs in the middle of a pandemic - which mostly affects the respritory system.

It should be banned alongside drinking in public at any time, especially now.

Disgusting habit. When sat at a table outside you can smell the smoke from someone smoking which means you are breathing in someones exhaled air. This is a coronavirus risk and if bar owners don't get this then they deserve to go bust.