"It's all quite a hassle"

People walk towards departure doors at Son Sant Joan airport, amidst the spread of the coronavirus disease (COVID-19), in Palma. | ENRIQUE CALVO

Mallorca is scrambling to meet Germany's new requirement that its citizens on holiday there test negative for coronavirus before their return home, opening testing centres at the airport and in large hotels, and boosting lab capacity.

Accommodating Berlin's travel rules, introduced at three days notice, is a test for Balearic authorities and private health care providers on how flexible they must be in future months to keep foreign tourists arriving and booking more holidays. 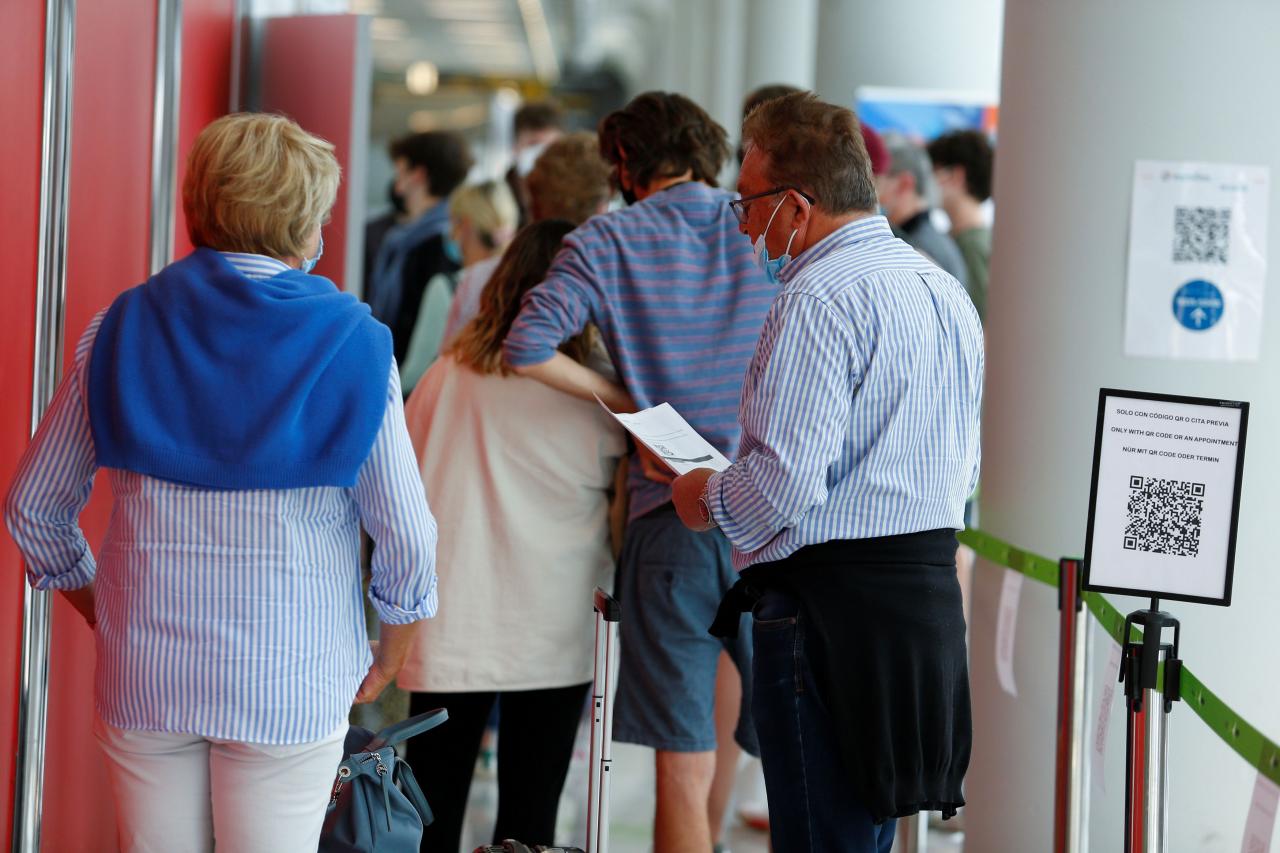 But German tourists already in Mallorca are disgruntled at the rule change, after already having to show a negative result to enter Spain. Future bookings have also been hit.

"The process of getting a test appointment has cost us a day of our holiday, and the test several hours, it's all quite a hassle," German tourist Andreas, who did not give his last name, said at the airport, by a testing booth.

Bookings for Mallorca trips are still coming through but not at the high levels seen immediately after Germany dropped a quarantine requirement, company spokesman Aage Dünhaupt said.

That is bad news for businesses on the tourism-dependent island, which already faces a long and uncertain path to recovery after the pandemic devastated international travel.
Foreign tourism to Spain plunged 80% last year to 19 million visitors - its lowest in half a century - and few expect a return to pre-COVID levels before 2023. 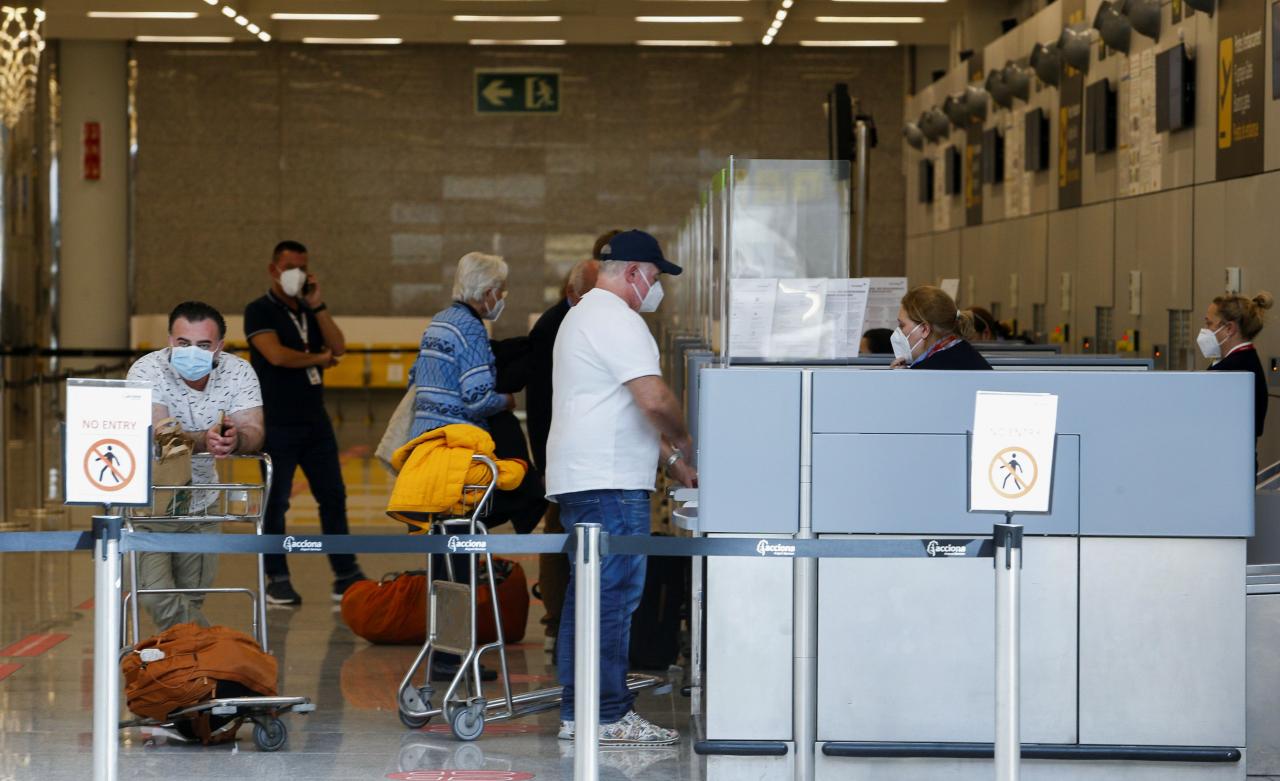 German tourists must pay for the tests themselves.

For those staying in larger hotels with capacity for more than 100 people, private health companies offer in-house testing, while others at smaller sites must go to a private clinic.

"I am here for the third time this year, but in the meantime it has got quite complicated," complained Peter, another German heading home at the airport.

Antoni Fuster of the association of Balearic private healthcare providers said testing capacity was not a concern on the islands but tourists shouldn't leave organising a test to the last minute.

Healthcare provider Quiron, which runs the island's largest private lab, said it had boosted capacity to handle between 10,000 and 20,000 tests a day - for tourists and residents.

A clinic at the airport, intended as a last resort for travellers who show up without a test, has had to double capacity after long lines formed on Monday. "We've seen a lot of demand and a lot of people have been complaining about the queues," said a spokesman for Megalab, which operates the airport testing centre.

Still, the bottleneck has not led to significant delays in flights, according to airport operator AENA.

If a returning tourist tests positive for COVID-19 they are either taken to a private hospital or a hotel that has been set up to cater to asymptomatic patients or those with mild cases.

For tourists from within the Schengen area, Spain's government passes on the cost of any enforced hospital stay to their home country, while the Balearic regional government pays for the quarantine hotel.

In Mallorca's quarantine hotel - the Melia Palma Bay - there are 11 people in isolation: two German tourists, a family from Croatia and five local residents, the local health service said.