A man who was arrested in Manacor for allegedly infecting 22 people with Covid-19 has spoken to Journalist, Boro Barber on the programme ‘Cuatro al Día’ to give his side of the story.

"I do not feel guilty about what the police said, they are talking about things that are not true,” he said. "After the PCR test, the doctor told me that they would call me the next day and give me the result by ‘phone. I left and I led a normal life; I went to the gym and to work etc.” 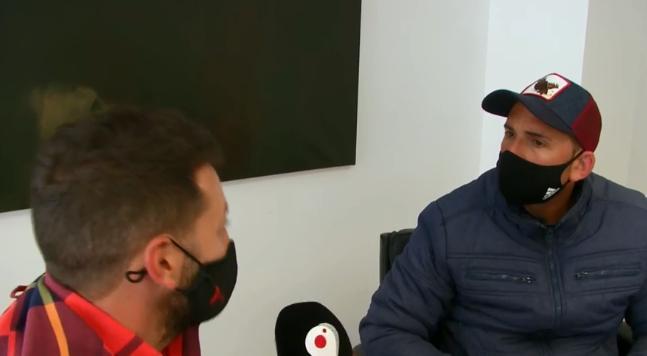 In the interview he admitted that he took the train after the test claiming "no one specified to me 'you can't leave the house until we give you the result'".

He also justified not following health protocol by saying he doesn't watch television, doesn’t know anything about it and denied that he acted intentionally.

“Why would I intentionally infect humans who are just like me? he asks. "I am 40 years old, I have a family and a daughter. It was not my intention and I am sorry for everything that has happened,” he insists.

Barber also spoke to some of the people affected by the outbreak during the 'Cuatro al Día’ programme.

Rosa, the owner of the gym he went to, explained that she had to close her premises for 18 days.

"He told us that an analysis had been done, not a PCR and the next day he called my husband, Juan, and told us it was positive, so we activate the protocol,” she specifies. One of the gym's customers, Juanlu got infected and passed it on to 9 other people.

"I looked tired but I didn't expect this," she says. "I was confined for 11 days and others were quarantined for up to 25 days because they tested positive later."

The 40-year-old alleged super-spreader went to work in late January despite having a fever of 40. Eight of the people he infected were direct contacts five at work and three at the gym. 14 others were indirect contacts and three of the victims are babies.

When he was at work he allegedly took off his mask, coughed and joked with colleagues that he was going to infect them.

As a result of that attitude he has already been fired from his job at the Can Tòfol workshop.

He has been charged with a crime of injury and released on bail. The National Police have launched an investigation and claim he was aware that he was putting people at risk.