1,219 new cases have been reported

The curve of the sixth wave of coronavirus in the Balearics is continuing to fall. | M.A. CAÑELLAS

The curve of the sixth wave of coronavirus in the Balearics is continuing to fall. The Ministry for Heath today reported two more deaths from Covid, taking the official death toll to 1,134 since the start of the pandemic. 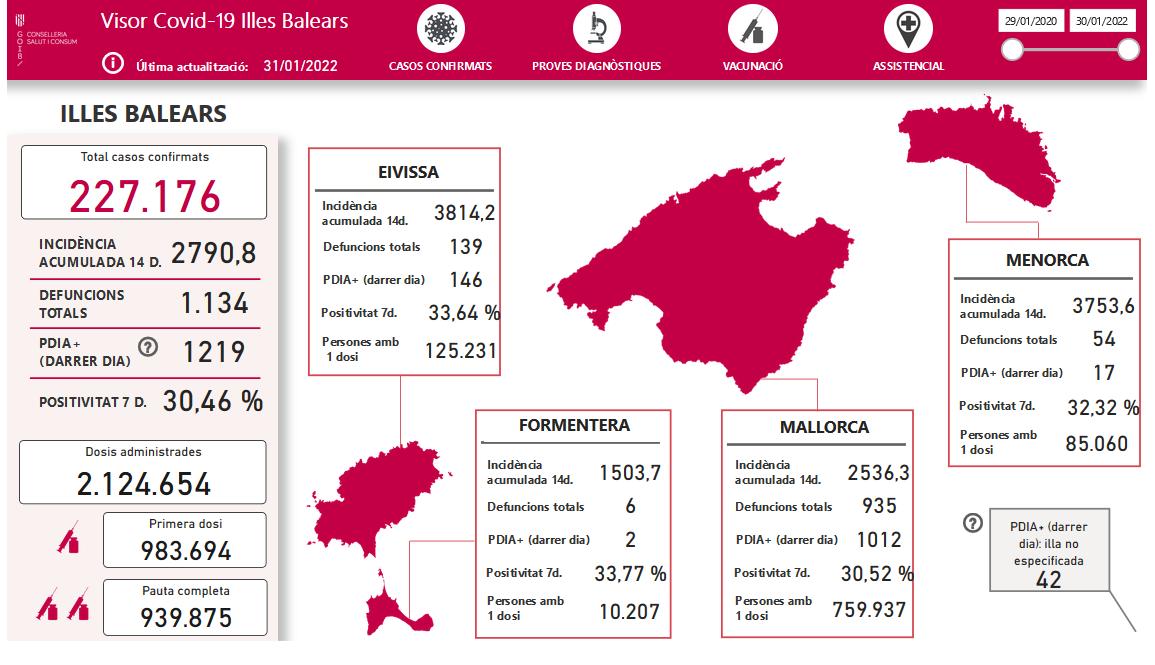 1,219 new cases have been reported, the lowest number of infections in the last four weeks, but figures are usually lower on a Monday because fwere tests are carroed out on the weekends.

Not since the third of January, when 1,071 positive cases were reported, has such a low number of infections been registered in the islands.

Most of the new positive cases were in Mallorca, where 1,012 have been reported; in Minorca 17; in Ibiza eleven and in Formentera two.

The positivity rate of diagnostic tests carried out in 24 hours stands at 29.2 %, according to the ministry, still a long way off from the 5 % recommended by health experts. But, despite the fact that infections continue to fall, the focus remains on the pressure on the heath service.

There are currently 92 patients admitted to intensive care units, which remain at very high risk with an occupancy of 26.98% .

Of the critical patients, 79 are in Majorca, two in Minorca and 11 in Ibiza.

The cumulative incidence in 14 days in the islands as a whole is continuing to fall to fall and today stands at 2,790 cases per 100,000 inhabitants.

Given the apparent less severe symptoms of omicron isn't it time we started comparing it to flu, taking into account the lack of flu patients. Please do figures on an annual basis rather than a running total.