Driest winter on record in Mallorca coming to an end

Spring is in the air

Spring will begin this Sunday, 20 March at 16:33 hours and is expected to be warmer than normal in the Balearic after one the driest but coldest winters on record.

This winter was the driest on all of the islands since records began, with the exception of Minorca, where it has been the second driest.

Also, the temperatures varied a great deal. Maximum temperatures were higher than usual while the minimum tempertaures were lower than normal dropping below freezing more than expected. 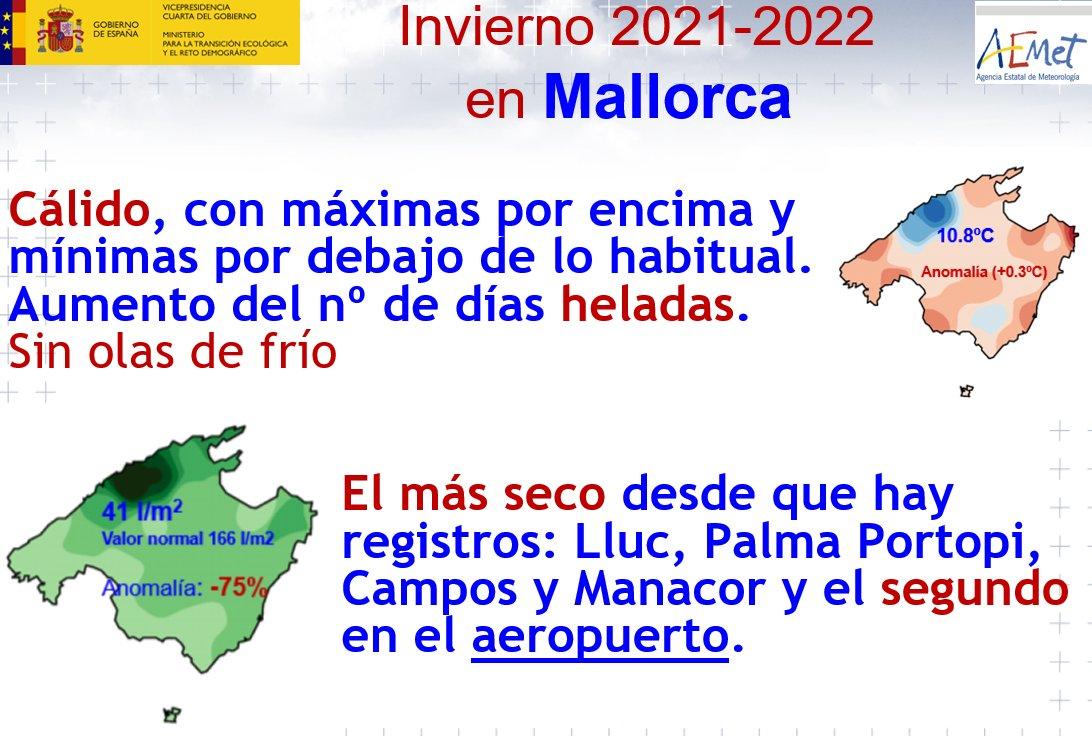 According to the spokesperson for the State Meteorological Agency (Aemet) in the Balearics, María José Guerrero, the rain and relatively low temperatures are expected to last until Friday of next week.

As a result, she explained, "spring will begin with winter weather", with light rain.

With regard to the haze caused by the storm Celia, the Aemet forecasts that it will continue to cause muddy showers over the next few days, although she added that the mud will have disappeared by Saturday.