Inside the Palma bank branch squat

The branch was first occupied in December last year

Some of the squatters. | Alejandro Sepúlveda

Over recent months, the one-time bank branch by the Palma police headquarters on the Avda. Sant Ferran has become notorious because of the squatters who occupy it. Residents have consistently denounced the squatters because of noise, fights and drugs. The conflict with the residents is not easing. One resident was arrested last week. He beat up a squatter who had stolen a jacket from his son.

People started using the branch in December last year. One of them explains that it was opened by friends who don't typically go there any longer. "At first it was used to hang out and not be on the streets getting cold. Later some of us who had been left homeless began to use it to sleep. From there we started organising and sharing the rooms." 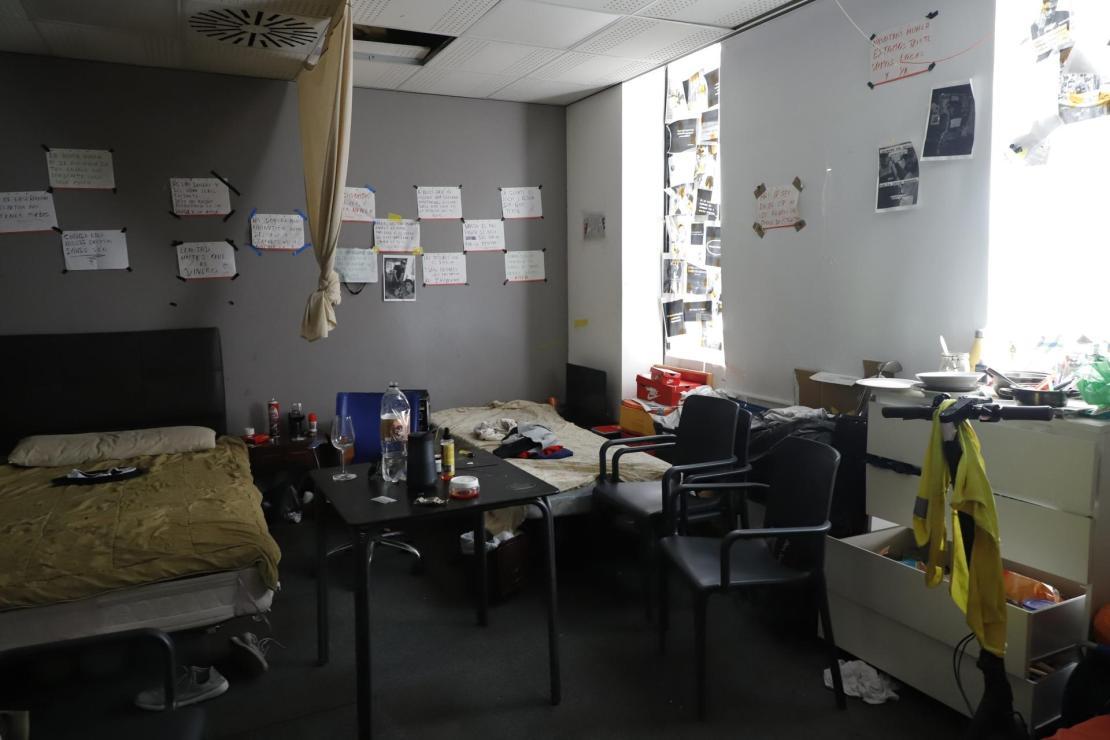 As to the relationship with the residents, he says that their solution "is for us to leave". "But that isn't the solution. We have the right to live somewhere. Sometimes they attack us, they have thrown stones at the premises. We would like to get along with them. Who wants to continue living here? No one. We all would like to have a home, but we hardly have enough to eat. While it's been said we have luxuries, we are starving."

Squatting in former bank branches in Palma is on the increase

Fight over drugs right by the Palma police HQ

He insists that "this is not a drug sales point" but accepts that they aren't all saints. Some of them have had work, "but the problem is that these aren't permanent jobs". These are necessary in order to be in a position to find somewhere to rent. This said, "you know how things are in Palma". "Housing is very difficult."

It has been reported that police pressure has been driving the squatters out, but there is little evidence that this is the case. On the contrary, a bathroom is currently under construction. A fortnight ago, the National Police arrested three squatters after they stole material from a construction site. They have also managed to get an electricity generator - clubbed together and bought it, so that there are no more issues with connecting to external sources.

Are they criminals? "There may be some delinquency but that's because we have to look for money. We are looking for jobs and homes but it's impossible. In the end we all sin, each one in a different way, but we don't want to hurt anyone."