Inside Sport: A Day In The Life Of The Tokyo Commentator

But don’t be fooled. For one week every four years, it is the best job in the world

When I competed in the Seoul Olympics in 1988, I remember spending as much time in the warm-up pool as anywhere else. This was where all the emotions were on display. I remember seeing swimmers come into the swim-down area on the highest of highs, followed by distraught athletes whose hopes and ambitions had been wrecked. They were the ones who sat on their own inconsolable for hours.

It was here you had the chance to see the very best in the world in their final preparation phase before going to the ready room. Some lay still, while others engaged in physical activation exercises. I would try to listen in to the final conversations between athlete and coach, and look at the body language.

One of the most memorable images was the arrival on the pool deck of the USA swim team and we wondered what it would be like to be part of such an imposing team that would win so many medals. The British team would win three medals that year, including gold for Adrian Moorhouse, and that was a pretty good return.

Roll forward to Tokyo 2020 and the USA swim team is still the greatest sports team across all sports over the last sixty years. They know it is an honour to be part of their team, and they are acutely aware of the medal expectations upon them.

When the British team won their three medals in 1988, and for a decade after, the prevailing view was that it was enough just to be part of the team.

Moorhouse and Andy Jameson, who won bronze in the 100m fly, were the exceptions.
But when you talk to the current British swim team, the attitude could hardly be more different.

Tom Dean, double Olympic gold medallist in Tokyo summed it up in his press conference saying, “We are here to win medals. That is the expectation of this team.”
They will return to Britain as the most successful swim team in history.

As athletes, they will have very little clue about what is going on in the rest of Games.
The worst place to watch the Olympics is actually being at an Olympics.

It is the best place to watch the swimming or diving, but once you are installed in the cocoon of the Tokyo Aquatics Centre, you see very little else, until you emerge, bleary eyed on day nine and realise there is more to the Olympic Games than swimming. 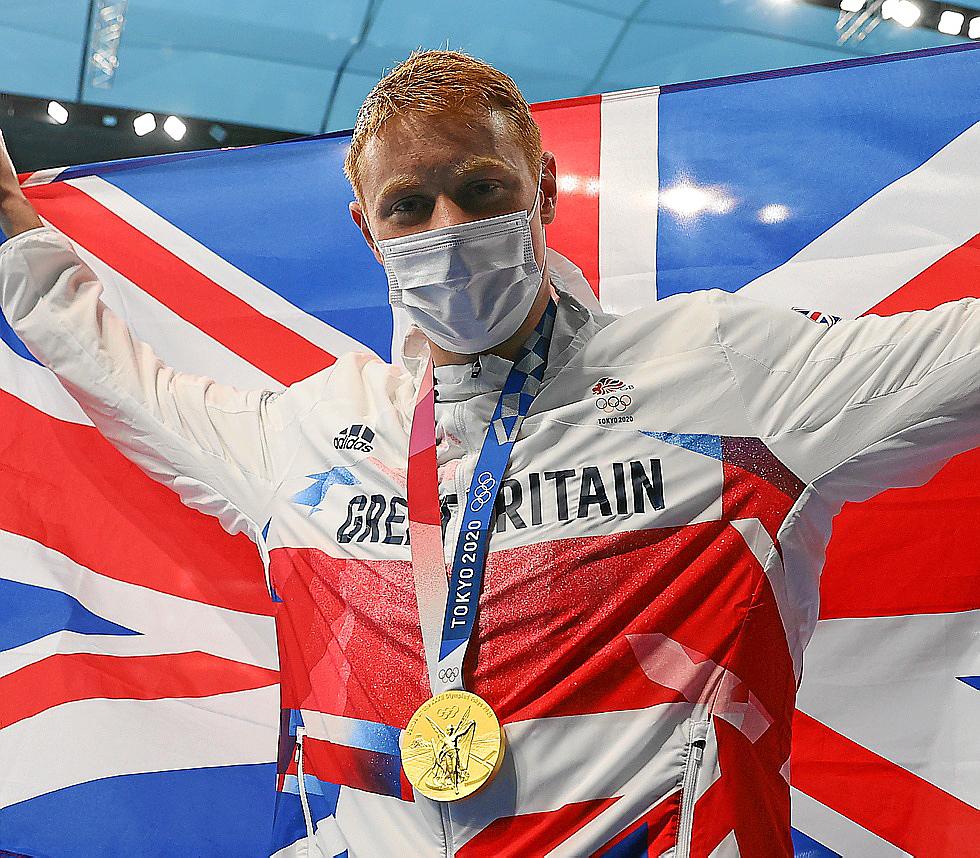 For the armchair fan, working in the media at the Olympics must be the best job in the world. And it is.

As a commentator, we are up around 6.30am to walk to the bus at 07.15. If the Tokyo traffic is light we are at the pool around 8am where we have two and a half hours to print our own start sheets and prepare our commentaries on the athletes for the semi-finals and finals. This can be up to 100 separate competitors.

A media centre is usually a well-oiled machine, moving accurate and timely information to journalists on tight deadlines 16 hours a day. Not this one. By common consent this is the worst media centre in the history of media centres.

We have sound checks and final preparations regarding the running orders while we are finishing our prep, then we are live for 2-3 hours. Then there is ten-minute dash to the crew compound to grab a take-away lunch, to take back to the media centre and listen to the last of the press conferences. It is now 3pm.

There is no time to head back to the hotel so we stay and rest somewhere or catch up on family or other news for an hour. At 4pm, we print and start the preparation for the evening heats session, where there are now up to 200 swimmers to prepare for.

If we remember, and have time, which often we don’t, there may be a quick run to the compound for a take-away meal. Sound checks at 6.15pm and live for another 2.5-3 hours depending on the session. If we are unlucky, like this week, this will include an hour and a half of live commentary on the women’s 1500m alone.

At around 9.30 or 10pm, we take the bus back to the hotel, where we stop at the one and only 24h food store that we are allowed into, next door to the hotel, to buy a plastic pack of sushi. Lights out at around 11.30pm, rinse and repeat for eight days. It is hard and can be highly stressful.

But don’t be fooled. For one week every four years, it is the best job in the world.