Rafael Nadal of Spain celebrates with the championship trophy after defeating Daniil Medvedev of Russia at the US Open Tennis Championship. | EFE/EPA/JASON SZENES 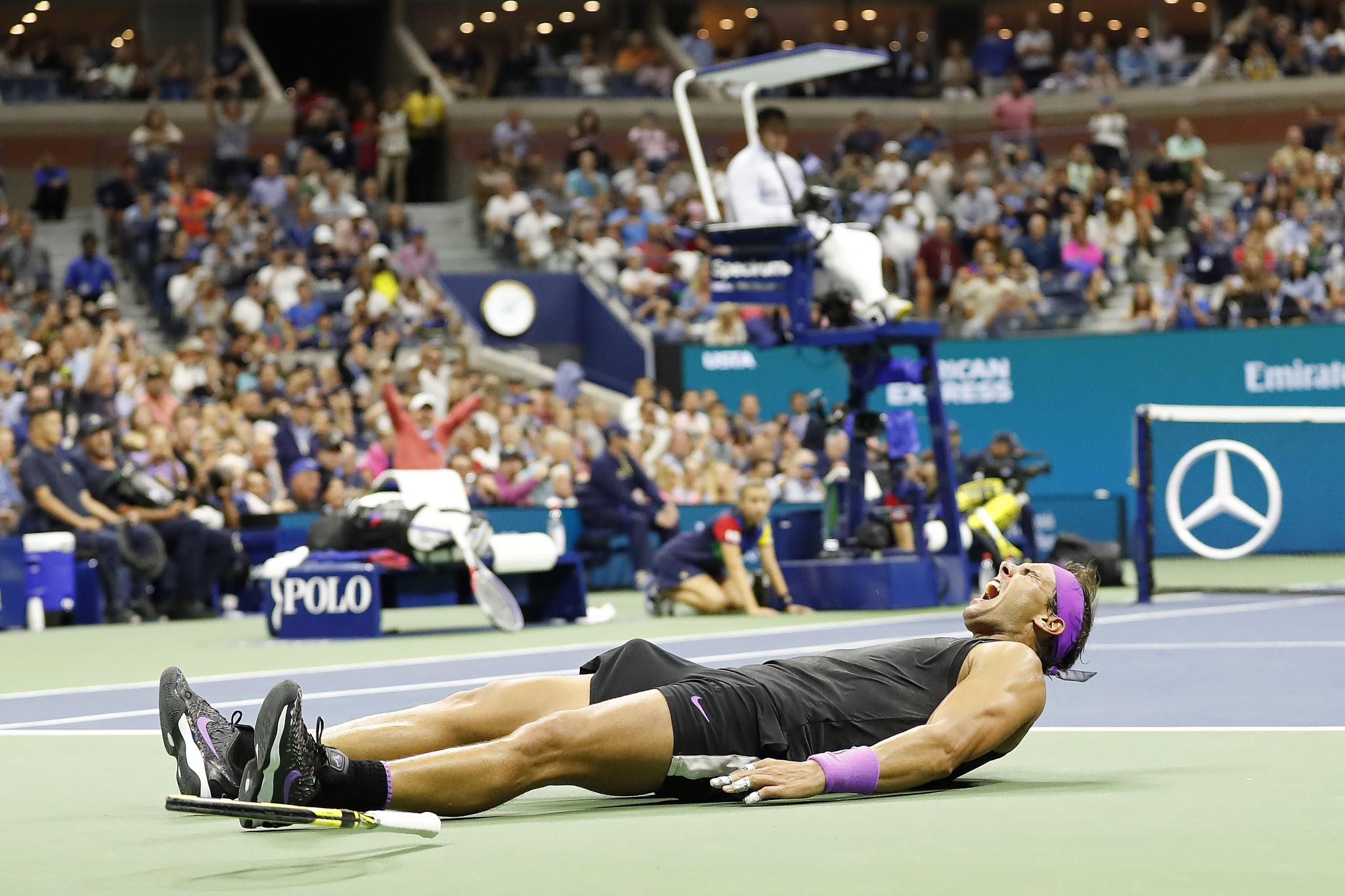