Pumpkins have a wonderful flavour and a smooth, silky texture that lends itself to so many interesting dishes. | Marc Fosh

With Halloween fast approaching you might be planning to carve out a pumpkin, ready to spook your visitors and the kids playing trick or treat on your doorstep. If so, make sure you choose a large, round pumpkin and place in on a kitchen cloth to stop it slipping. Use a sharpe serrated knife to cut of the crown (top) and take a large spoon to scoop out the seeds. Discard the seeds and then remove most of the flesh. Take a marker pen, draw a simple outline of a face on the pumpkin. Use a small serrated knife to cut out the eyes, nose and mouth. Always cut away from you in case the knife slips. Pop a tea light inside the pumpkin, light it and replace the crown.

Although Halloween may seem like a fairly recent tradition and one of America’s most beloved holidays, the history goes all the way back to a pagan festival called Samhain and the “Jack-o-lantern” custom probably comes from Irish folklore. As the tale is told, a man named Jack, who was notorious as a drunkard and trickster, tricked Satan into climbing a tree. Jack then carved an image of a cross in the tree’s trunk, trapping the devil up the tree. Jack made a deal with the devil that, if he would never tempt him again, he would promise to let him down the tree. According to the folk tale, after Jack died, he was denied entrance to Heaven because of his evil ways, but he was also denied access to Hell because he had tricked the devil. Instead, the devil gave him a single ember to light his way through the darkness. The ember was placed inside a hollowed-out turnip to keep it glowing longer. The Irish used turnips as their “Jack’s lanterns” originally. But when the immigrants came to America, they found that pumpkins were far more plentiful than turnips. So once you’ve carved out your pumpkin to perfection, its time to put all that delicious, leftover flesh to good use.

Pumpkins have a wonderful flavour and a smooth, silky texture that lends itself to so many interesting dishes both sweet and savoury. Warm spices have a particular affinity with pumpkin, such as cinnamon, nutmeg and ginger. Herbs such as sage and rosemary also make great marriages. You could stir the pumpkin flesh into a delicious risotto with goat’s cheese or roast the flesh with Moroccan spices and spicy harrisa. A Thai style pumpkin soup with coconut milk is one of my favourite dishes but my ultimate Halloween treat is Iberian pork meatballs with spiced pumpkins and chickpeas. The perfect winter warmer! 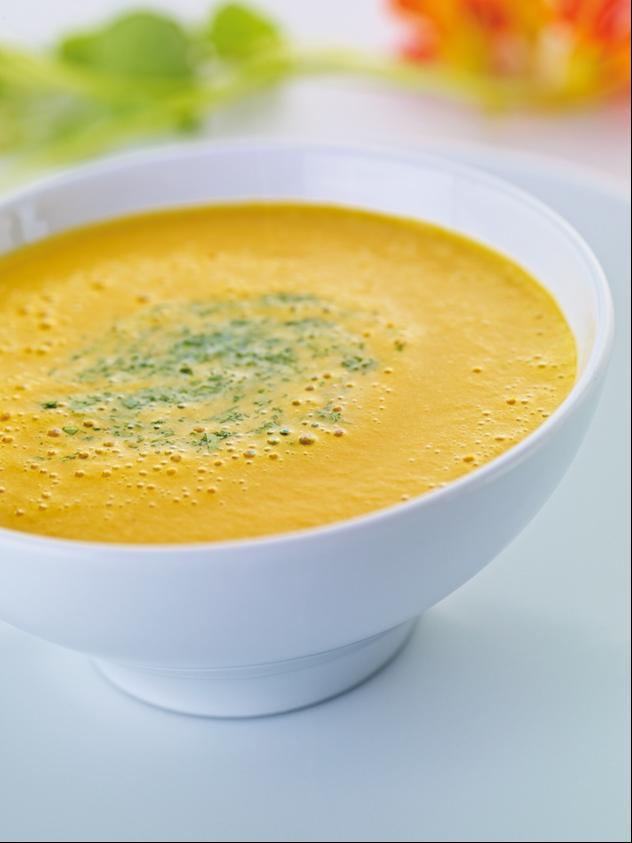 Heat the olive oil in a large saucepan and gently sauté the onion until tender. Add the curry powder and cook for a further two minutes. Add the pumpkin, and then stir in the chicken stock. Simmer for about 20 minutes, until the pumpkin is tender. Add the coconut milk, lime juice and season with salt and pepper. Place in a liquidiser and blend to a fine puree. Pass through a fine sieve, stir in the chopped coriander and serve immediately. 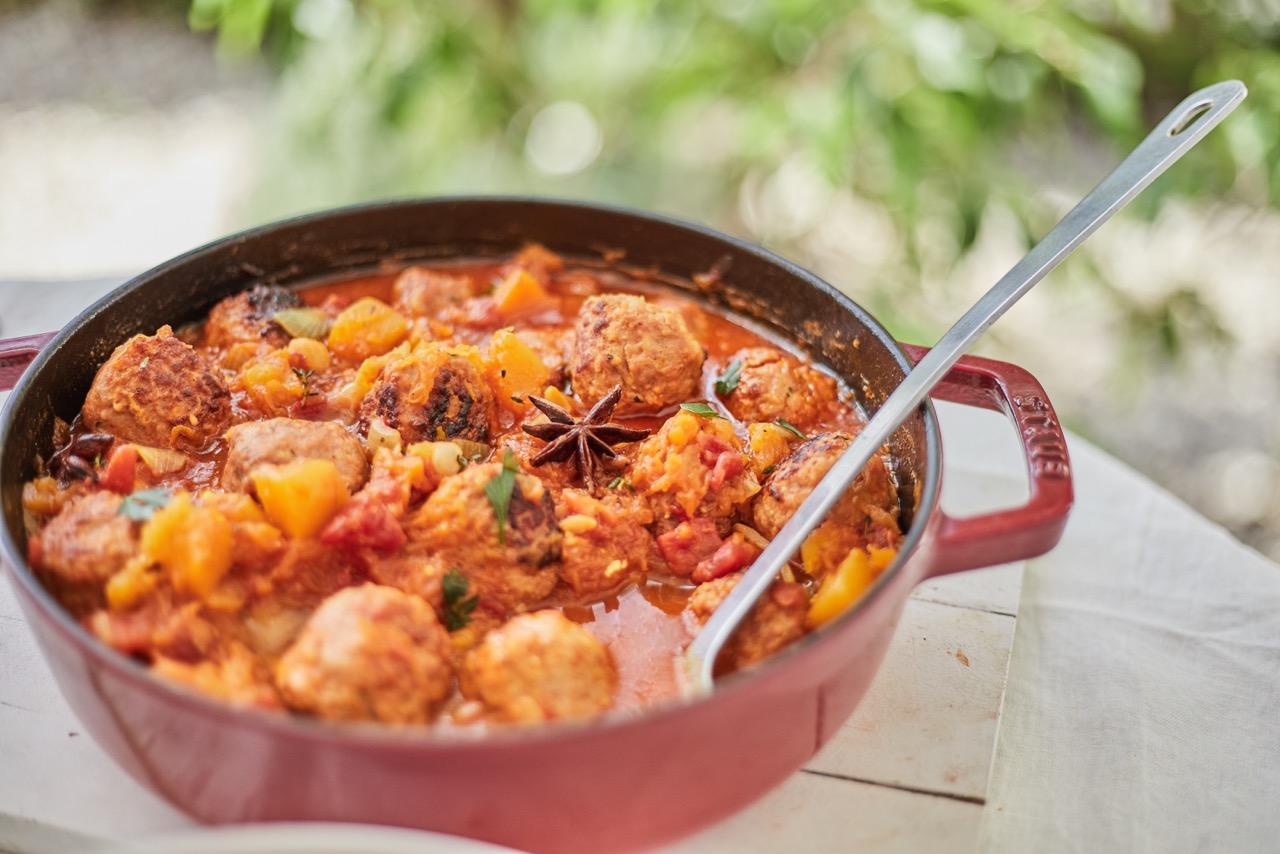 Method
To make the meatballs:

Thoroughly mix the pork, cumin seeds, ground almonds, garlic and parsley in a large bowl, season with salt and pepper, then shape into balls. Chill in the refrigerator for at least 30 minutes.

Heat a little olive oil in a frying pan (skillet) over a medium heat. Fry the meatballs for 4–5 minutes, turning from time to time, until golden brown all over and cooked through. Set aside and keep warm.

Stir to combine, cover and cook gently for 2–3 minutes until soft. Add the diced pumpkin, tomatoes, harissa paste and chicken stock (bouillon), season with salt and pepper, and simmer for 20 minutes.

Add the chickpeas and meatballs to the stew and simmer for a further 5 minutes.
Adjust the seasoning if necessary and sprinkle with chopped coriander (cilantro) to serve.