There’s a Basque tavern in town

The bread was chargrilled and yummy. | Andrew Valente

Last year the historic Bodega La Rambla, Palma’s oldest and best tapas bar, closed and moved up the street to Vía Roma. The old Bodega premises became Taberna de Bao with a Uruguayan as the head cook and when I ate there he made the best tortilla de bacalao I have ever had.

This tortilla is a Basque speciality and I couldn’t understand how a Uruguayan could have made it…until I was told his name. He’s called Maxi Goikotxea — and that surname is about as Basque as you can get. It turned out that Maxi has loads of Basque DNA: he was brought up in a home with a Basque mother, a Basque grandmother and it was his grandmother who taught him how to make a salt cod tortilla. That helped to account for it being the best I have ever tasted.

Well, since then Maxi has moved from being the head cook to becoming the owner and the restaurant is now called Taverna Bilbo. He has a Basque cook in his early sixties who does authentic pintxos, and Maxi is adding other Basque dishes to the menu — so we now have a traditional Basque tavern in the town.

When I went last week there was an inviting array of pintxos on the bar but I decided to leave them for another day when I’d return and make a meal of them. In the meantime, I wanted to try a couple of dishes we associate with Basque taverns: an undercooked tortilla and a chargrilled entrecôte.

As I had already had the bacalao tortilla, this time I went for one done with mushrooms — another Basque favourite because there are lots of delicious wild mushrooms in that part of the country.

A true Basque tortilla is always underdone, which means more than a little runny. Maxi used a mix of Spanish and Asian mushrooms and produced a really scrummy tortilla. His grandmother must have been a very good teacher — and he an attentive and observant pupil. It was a technically perfect tortilla that was worth a perfect 10.

Basque cooks are experts at chargrilling and they also know how to source superb meats and how to apply the heat with precision. Maxi does an upper sirloin steak from Uruguay which was among the finest entrecôtes I’ve ever eaten — and that’s saying something because chargrilled red meat in Majorca is as good as it comes. 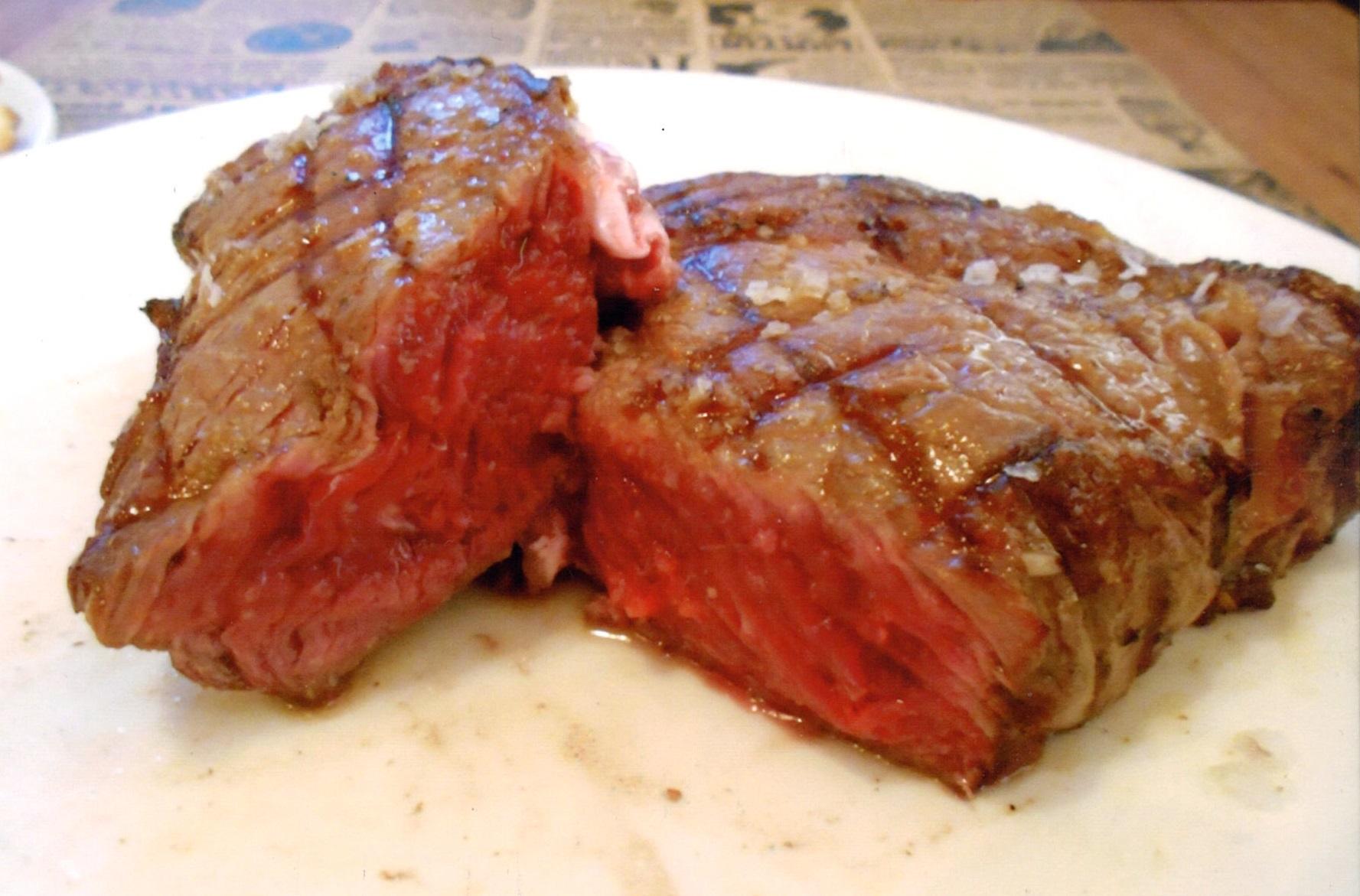 It was a succulent piece that was rare from top to bottom (which is what we asked for) and with every bite setting off an explosion of flavour. It came with chargrilled potato slices, sweet potato chips and small green peppers. It was also rated a 10.

Before going to Taberna Bilbo I had looked at the menu and I knew I was going to order a mushroom tortilla and the chargrilled entrecôte. I expected both to be top rate — and they were. The tortilla was nicely runny, and the generous mushroom filling was scrummy. The entrecôte from Uruguay was among the best pieces of red meat I have ever eaten. And it comes with a dish of chargrilled sliced potato, sweet potato chips and pimientos de Padrón. Even with two sharing, it’s a Basque-size main course. The tortilla and the entrecôte got a 10 rating.

Taberna Bilbo, La Rambla 10, Palma. Tel:871:533713. Closed on Sundays and Mondays. They have tables on La Rambla for open-air lunches when it’s not windy, but the dining room is on the small side, so it’s best to book.