Letter from California from a Human of Majorca

This is a letter from my brother Nick Mead who I introduced you to in the paper last Saturday.

Greetings from Los Angeles — Usually a land of sunshine and the entertainment capital of the world. Welcome to the land of hope and dreams. It’s raining outside and that’s usually a good thing but adds to the isolation when your dog hates the rain and wants to come back inside as soon as you leave the house.

After months of misinformation and confusion Mr Trump now seems to be reading what he’s told as opposed to going off on irresponsible tangents. He told us ‘it’s all under control, it was nothing to worry about, everything will be ok.’ Clearly it isn’t and never was. I’m 62 with underlying health conditions, high blood pressure and Diabetes, so my kids were the first to raise serious concerns.

As a parent you want to look out for them first and try to be the occasional voice of reason in their decision making process but this was a dramatic turnaround. My youngest son flew home from college in New York and I thought “great, he’ll stay with me” but no, he had other ideas, no contact, no staying, “after 14 days we’ll reassess” - transpires two people had it in his college before it closed, he was worried he had it and would pass it to me. He was and remains seriously concerned about my health. As does my eldest son and my daughter, who is making her way back from Law School in DC. No contact - thank goodness for FaceTime. So it was they who first alerted me to the gravity of the situation and California, specifically Los Angeles, eventually caught up.

So I’m now in lockdown - LA in lockdown — what does that mean? I live in the Brentwood area of Los Angeles. Sitting between Santa Monica on the Ocean and Beverly Hills, so have access to wonderful beaches and many many hiking trails, we’re used to an outdoor life. No more… It became real a week or so ago when we dropped into our Trader Joe’s Supermarket to pick up a bottle of wine (best wine selection in LA and very reasonable) it was slammed. People basically panic buying, we ended up panic buying ourselves, a bottle of wine turned into a $250 shop. And since then, every time we pass a supermarket without a line outside we stop and top up. 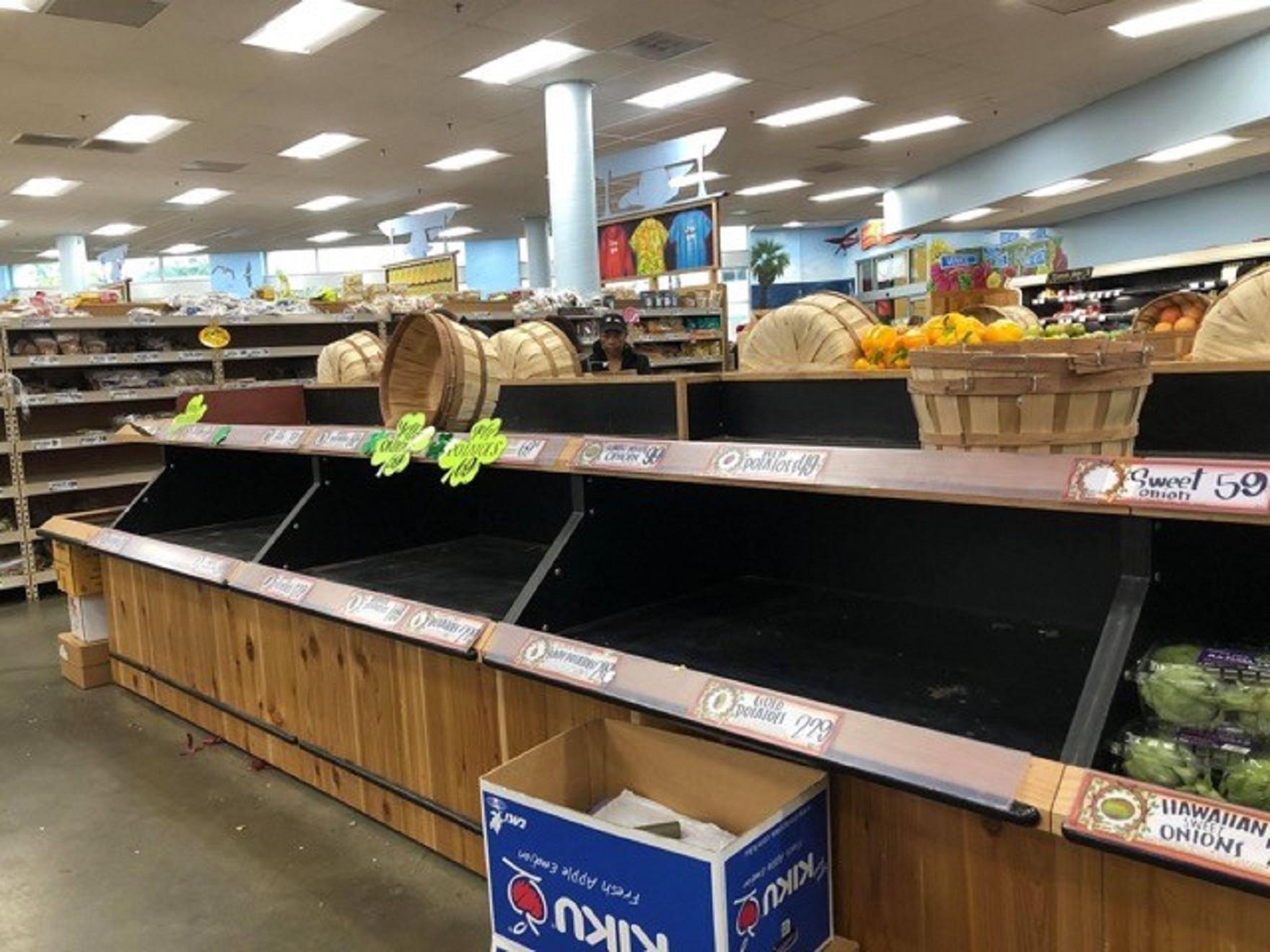 Funnily enough it’s mainly food we’d never usually eat, all the pre-made stuff that Trader Joe’s is known for, Orange Chicken, Fish Korma, Chicken Masala, Meatballs, all microwavable and delicious. There’s the other problem, when you’re stuck inside with all this yummy food and wine in the kitchen, and you can’t go out what’s to stop you snacking? - the answer is nothing…. so we’re snacking, even the dog is getting chicken and steak, because suddenly life is short…

Humans of Majorca has a chat with Nick Mead

LA has changed — people are actually nicer, when you do see the occasional human while keeping a wide berth walking the dog, people are nicer, friendlier, parting words are always “Be safe”. Another plus being the roads and freeways are clear but in saying that there’s nowhere to go. There is this “social distancing” guideline, be 6 feet apart, so we did venture out to our favorite trail, the Westridge Trail at the top of Mandeville Canyon. But others had the same idea, all this working from home business and the city basically coming to a stop means there are many people who’d not normally go to this, nearly always, deserted trail, now flocking to it. Yesterday I couldn’t park there. So it’s back to short walks around the block, and then inside to the temptation of food, snacks and wine. 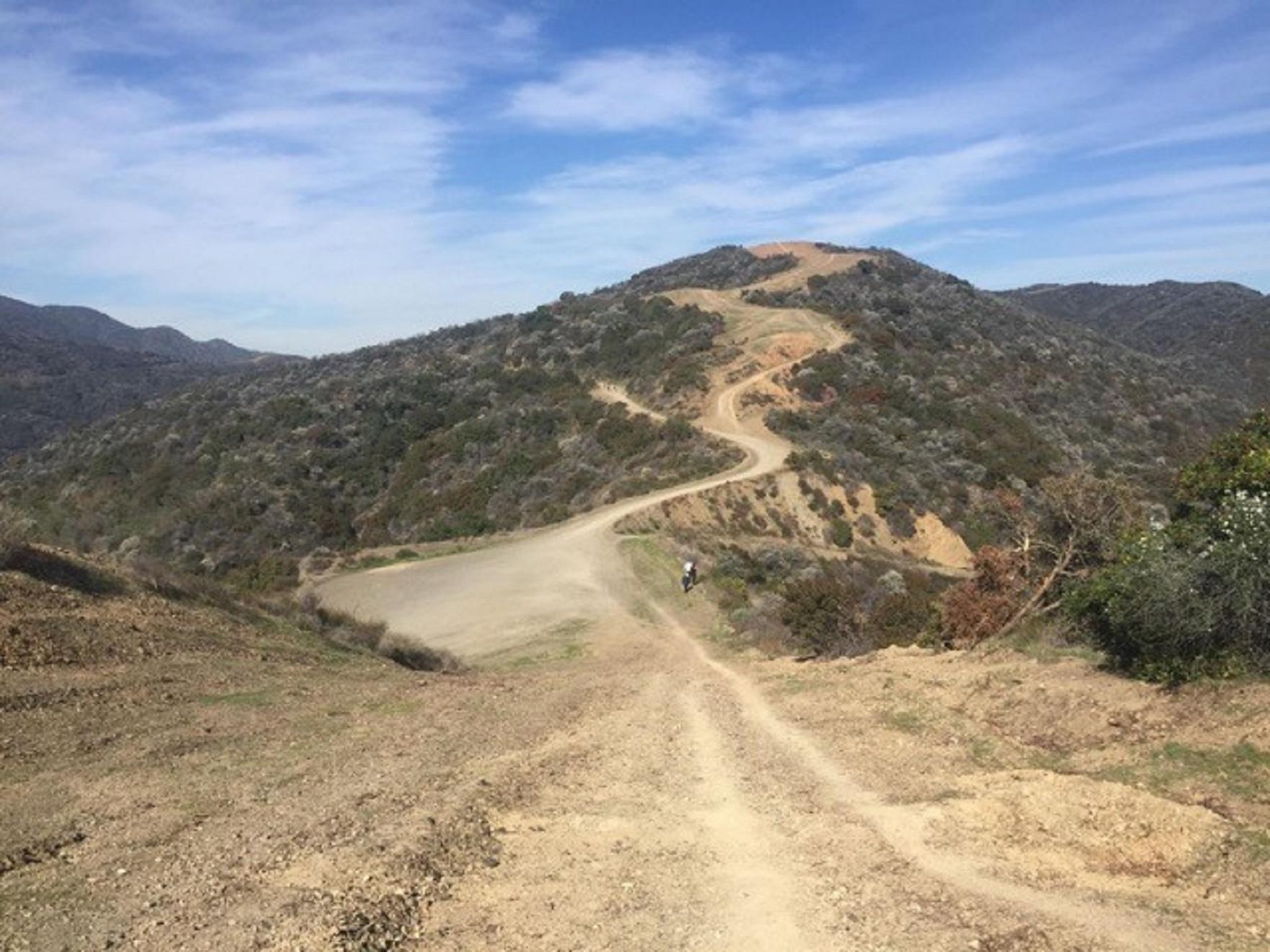 In the few days since writing the above the situation has changed day by day. Brentwood now has the highest number of Coronavirus cases in all of LA County, nothing to be proud of, but there’s not that many tests available. Ours is a bit of a swanky area and unfairly, more tests seem to be available to those with money than without so there’s no real balance. On top of that, today, our President has said that we’ll be getting back to work in a few weeks and by his estimation more will die of suicide related depression because of lack of work than the virus…

No, I can’t believe that either… But we have a good sane Californian governor and there is a navy hospital ship allegedly en route to dock at Los Angeles harbour which can bed 1000 patients for when this Virus does kick in (or deal with depression related suicides). The National Guard have been activated, so that means soldiers will be on the streets, but as yet, these are all words and nothing much has changed. The main frustration are the daily mixed messages, we really have no idea what’s really happening, nothing is clear, and the actual lockdown “rules” seem to be rules with a lot of ways to get around them. Locked down means no going out unless it’s important, essential, walking the dog, exercising, shopping, working, etc… basically all the reasons you’d leave the house on a good day anyway.

So, it’s a mess… I’d suggest rereading this last paragraph as it’s a true reflection of where we are and it makes NO SENSE. Presumably, as we fall in line with the rest of the world in actually being meaningfully locked down this will get stricter and that’s what we actually want. I would rather not die through stupidity and misinformation and be locked down until this is dealt with.

I make films for a living and spend a lot of time alone and inside anyway, but there’s a huge difference between choice and no choice. I’m lucky inasmuch as I’ve completed filming on 2 projects so it’s now editing, and editing now really means an iMac and a few bits and bobs, so in my case I would be spending two months inside anyway. Hopefully by the time these things are cut together all this will be over. My partner’s business has had to close and there is no end in sight.

The bigger thought in my head is the one about mortality and the fragility of life. I honestly don’t think if I get this thing I’ll survive it. I’m more concerned about my children, I hope for their sakes that this is a whole world reset. My last film was on the spiritual journey of Clarence Clemons; Clarence was The Big Man with Bruce Springsteen’s E Street Band. The takeaway from the film really is that you have a limited amount of time on this planet so make the most of it. I’ll leave you with two important phrases he used throughout his life, they were “Order the Good Wine” and “Love Lives”.