A wonderful poem by Jessica Tatam.

Whilst we have been on lockdown and the Facebook group www.facebook.com/groups/MajorcaMallorca has been growing and keeping each other company and busy, one of the fun activities in the group has been a poetry competition sponsored by Iván González Gaínza and Lara Corfield from Wine Industry. 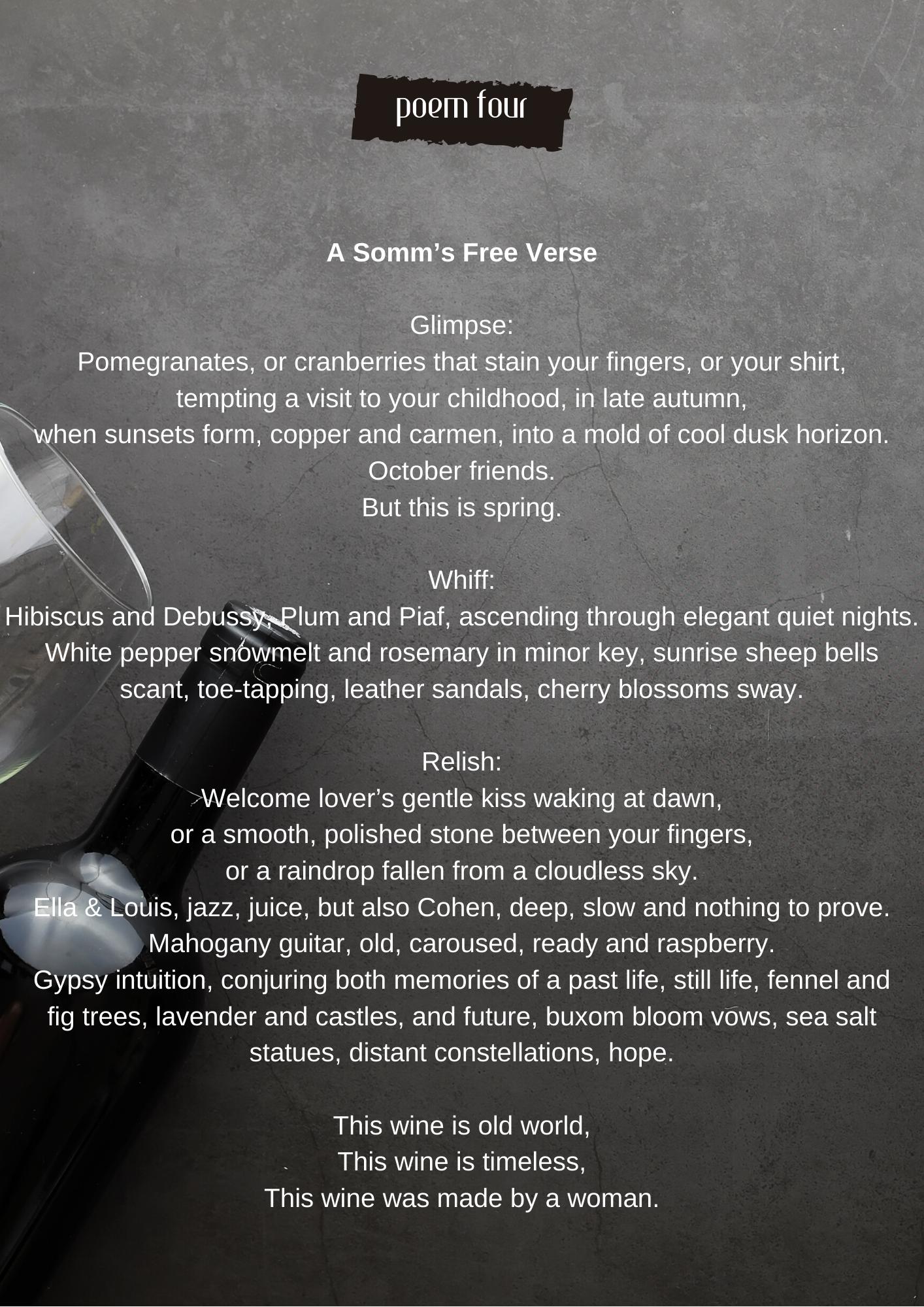 One of the final five poems by Kristy Brooks.

A camping trip around Europe in 2009 led Lara and Iván to the medieval town of Lienz in Austria, overlooked by the snow-capped mountains of Tyrol. Here, they stumbled upon a tiny wine bar, which was packed with interesting wines. The food selection to accompany the wines was very basic, artisan cheese and cured meats. So simple and yet, what more could you want? This trip symbolised their first serious conversation on the possibility of owning and running their very own wine bar after many years in the hospitality business. Fast forward five years to November 2014, when they opened 'Wine Industry, Vinoteca y Picoteo' in the thriving area of Santa Catalina, in Palma. 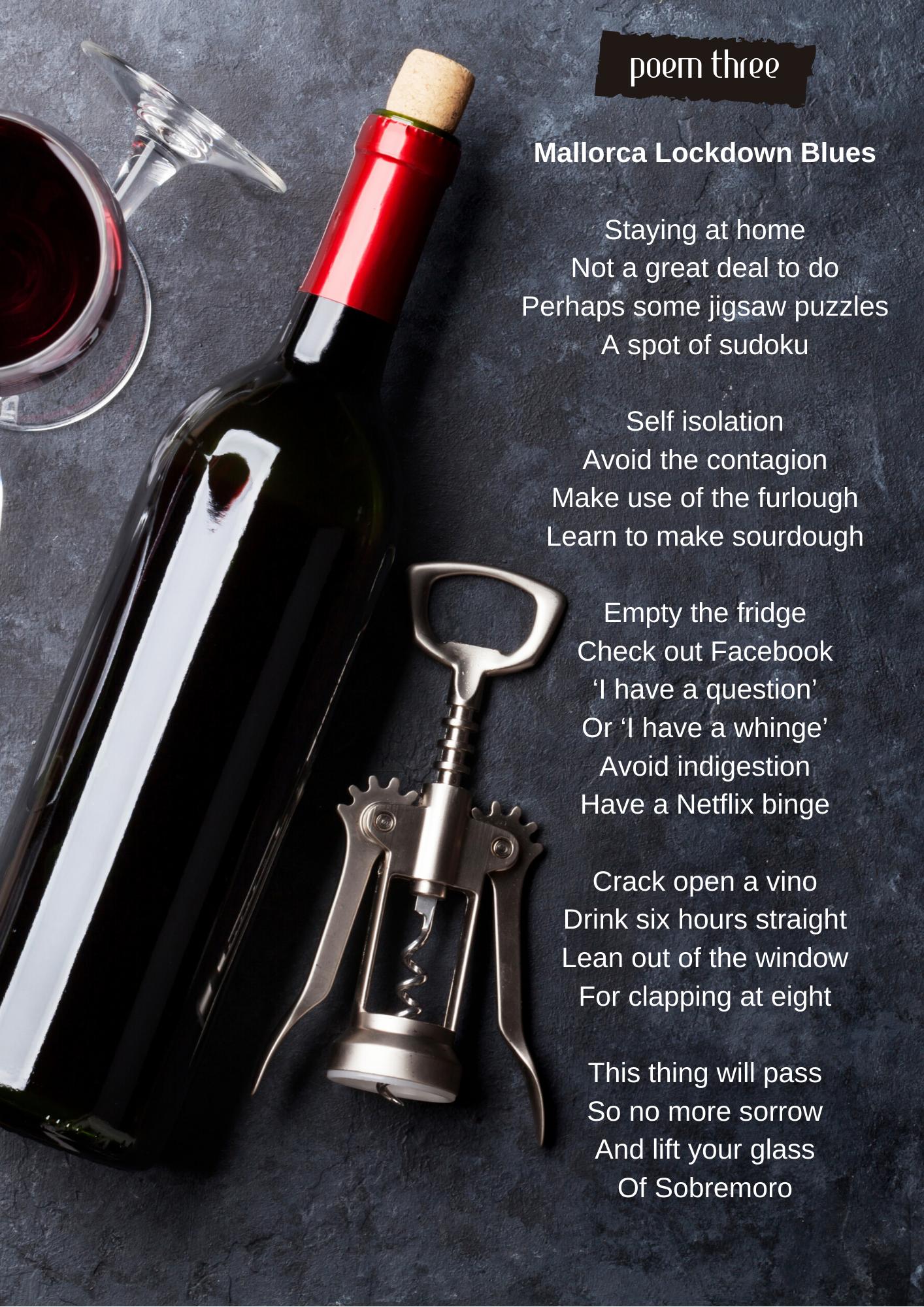 One of the shortlisted poems by James Van Breght.

Their wine bar business evolved as they learnt to adapt to the needs of their customers. They soon discovered that their loyal clients continued to return to their cosy bar because of the atmosphere and their approachable nature, down to earth attitude and willingness to share their passion and knowledge of the wines they had sourced. Iván´s homemade tortilla may have had a small influence as well! However, four and a half years on, they decided to diversify and reshape their business model so that they could become more flexible. They sold the wine bar and launched their new business model, 'Bringing wine to you' launched in March 2019 and now focus on the promotion of small, lesser-known wine producers with an interesting story to tell. Their customers can learn about these producers through private orders, their distribution network to bars and restaurants in Majorca, yacht provisioning, private wine tasting experiences, and winery tours. 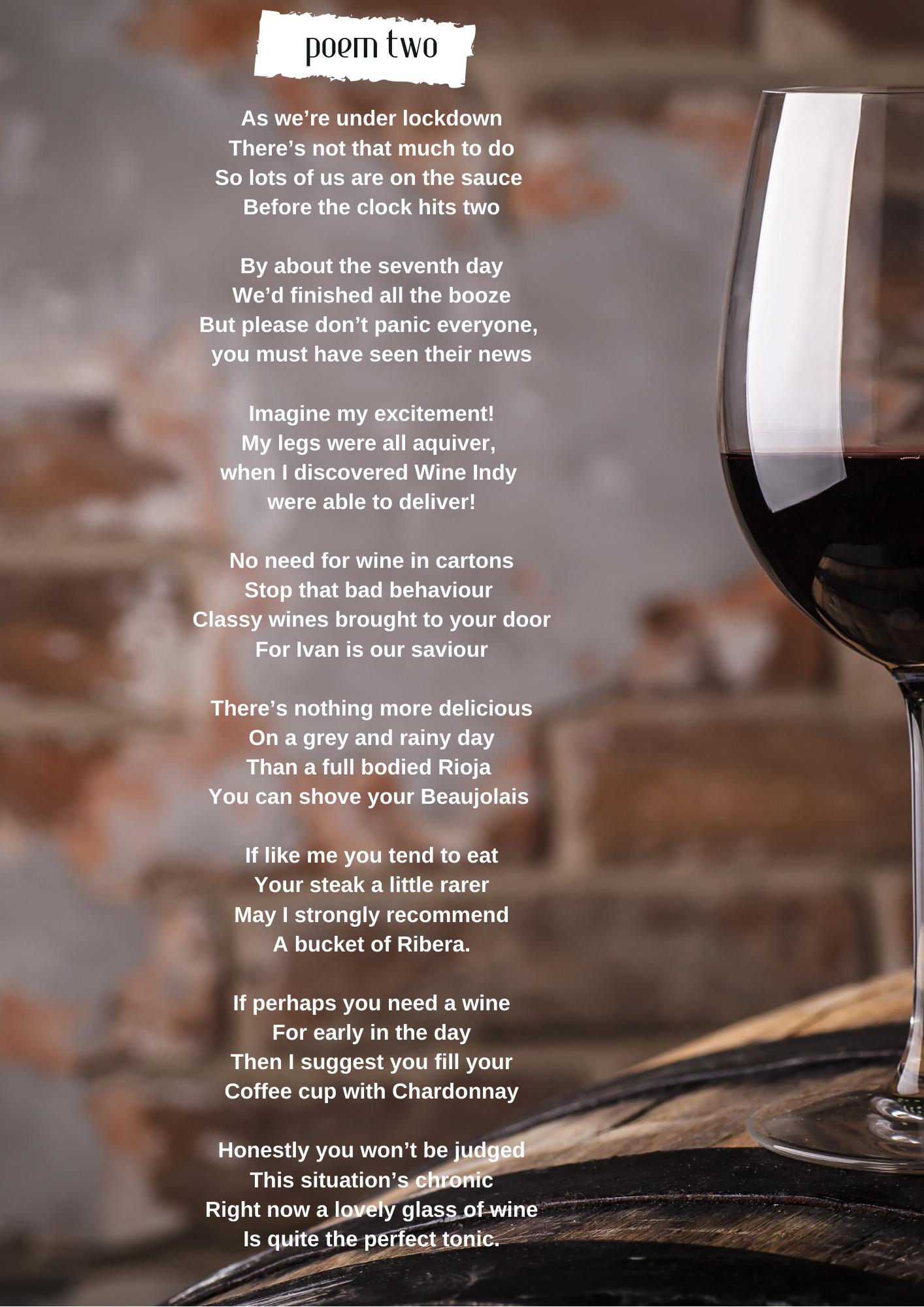 One of the worthy runners up, written by Erica Lay.

The poetry competition brought several entrants which were narrowed down to a final five and then voted on in the Facebook group with the overall winner being announced as Carol-Ann Wilson. During the lockdown customers can order wine to be delivered to their door, which is how the talented winner of the poetry competition will be receiving her delivery of fine wine very soon. www.wineindustry.es 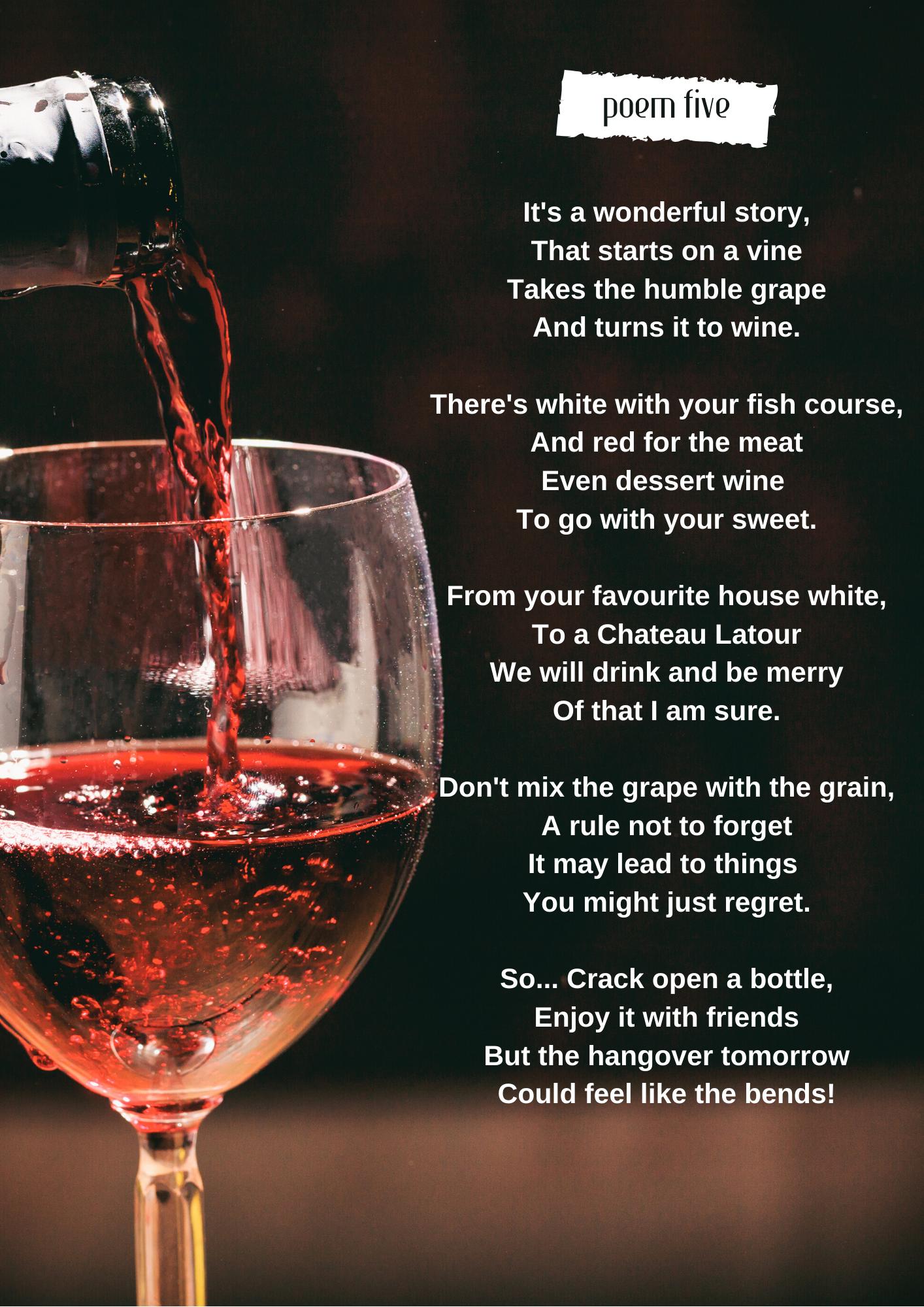 The winning poem by Carol-Anne Wilson.