One of the things I like about traditional old sayings is that they are so often correct. A maxim Majorcans use at this time of year is “Quan llampeja, llampugues!” — when there’s lightning, there’s llampugas.

This is a reference to the migratory fish llampuga that comes to the Mediterranean in search of its warm summer waters and stays here until about the end of November.

Majorcan fishermen start to catch it in late August which usually coincides with the first late summer lightning storms — thus the saying that lightning time is llampuga time. But that didn’t happen this year.

A small section of the local fishing fleet went out for llampuga for the first time on Tuesday of last week and they brought in 2,560 kilos on the first two days. But until then I hadn’t seen any lightning or heard thunderclaps, nor did I read about them — so this year the llampuga got here before the lightning. 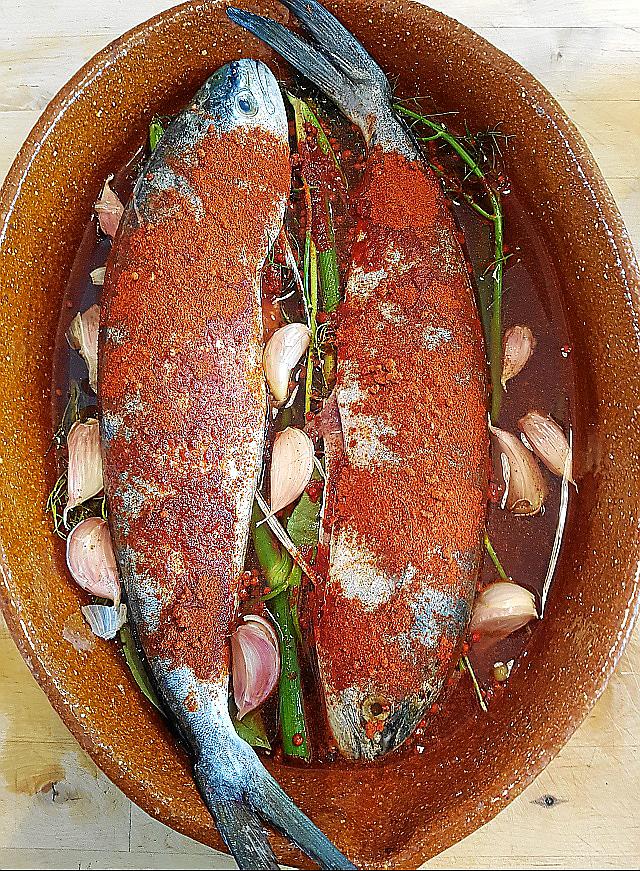 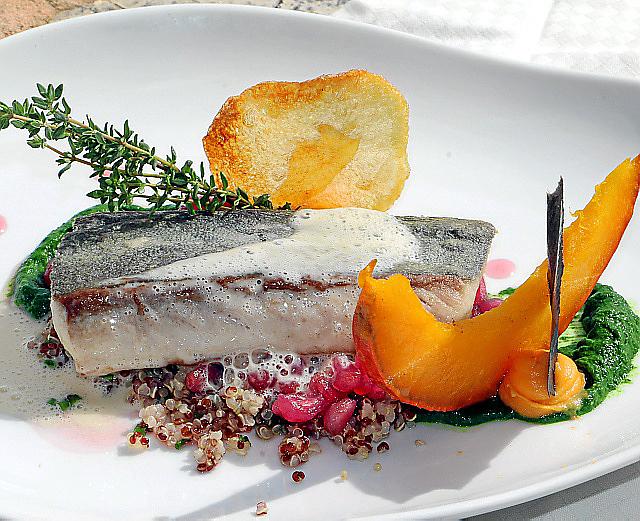 Llampuga is called dolphinfish in Britain, a word I never use because the llampuga has nothing whatever to do with the dolphin. Americans know it by its Hawaiian name, mahi mahi.

Llampuga is one of the blue fish and its darkish oily flesh makes it ideal for frying, grilling, or doing in the oven. It is popular throughout the Mediterranean and each area has its special recipes. It can also be used in most recipes that call for tuna or mackerel.

But not everyone adores llampuga. Along the Spanish mainland’s Mediterranean coast, neither fishermen nor consumers are interested in it, and its annual visit goes unheralded.

The five principal centres for catching and eating llampuga are Majorca, Ibiza, Malta, Sicily and Sardinia. Each place makes use of other local ingredients, so all have distinct ways of cooking the fish.

Majorcan and Ibizan recipes combine llampuga with red peppers, one of the most successful ways of cooking it. These thick red peppers, called pimientos de asar in Spanish, are also in season as this time of the year.

Ibizan cooks cut the fish into steaks of at least 3cms thick and marinate them in lemon juice and salt for a couple of hours. The slices of fish are dried and grilled — on a barbecue, when possible. Great care must be taken to ensure the steaks remain juicy — one of the reasons for cutting them so thickly.

Two or three minutes before the llampuga is ready, the steaks are sprinkled with a small amount of finely chopped garlic and parsley as swell as sweet paprika (pimentón dulce). When the fish is plated, each slice is drizzled with a little virgen extra olive oil and a few drops of lemon juice.

Another Ibizan recipe grills the fish in the same way but leaves out the garlic parsley and paprika. The llampuga is served with slivers of roasted red peppers dressed with virgen extra olive oil, finely minced garlic and salt to taste.

The favourite Majorcan way of doing llampuga is grilled or fried with red peppers, a dish called llampuga amb pebres. In the most classic version, thickish slices of llampuga are fried or grilled as above, transferred to a serving dish and covered with a generous amount of slivers of roasted red peppers.

If the fish remains moist and tasty and the red peppers are nicely dressed with virgen extra olive oil and minced garlic, this is a delicious dish. Some Majorcan cooks add extra succulence by napping the llampuga steaks with a thick freshly made tomato sauce.

For best results the sauce must be made with fresh tomatoes. This is one of those occasions when tinned tomatoes simply won’t do. And the tomatoes should be the Majorcan ramellet variety, those that hang in strings at market stalls.

No flavourings are added to this sauce. It is made only with ramellet tomatoes cooked in virgen extra olive oil, with salt to taste. And nothing else.

Majorcan housewives also like to bake llampuga, especially towards the end of the season when the fish are fully grown. A large llampuga is cut into thick steaks that are marinated for a couple of hours in olive oil, lemon juice, salt and pepper. The steaks are placed in a single layer in an oiled baking dish and covered with a mixture of chopped vegetables.

There is no set recipe for this mixture and cooks use what happens to be at hand. It could be finely chopped onions, grated lemon rind, a little chopped tomato, pinenuts, a small amount of grated carrots, finely minced spring onions (green and white), celery or breadcrumbs. A variation on this idea is to cover each slice of llampuga with a finely chopped vegetable mixture, and wrap them in tinfoil before baking them. This is an easy and surefire way of doing llampuga steaks that will be juicy and full of flavour.

Majorcan housewives use the fish in local dishes that are usually associated with other ingredients. In some homes, smallish slices from the centre of the dish are added to sopes mallorquines.

There are well established recipes for sopes that include other fish such as mussola. Last year at a bakery near the Plaza Pedro Garau market I saw individual pies (empanadas) with a filling of llampuga and green peas.

The Maltese also have many special recipes for llampuga, one of the most popular being a pie in which fried llampuga steaks are covered with a sauce made with celery, capers, green olives, onions, tomato purée, wine vinegar and olive oil. It’s a splendid Mediterranean mixture.

The Sardinians fry slices of the fish in olive oil with crushed walnuts and raisins, two of the most popular ingredients in the island’s cuisine.

In Sicily they have dishes in which llampuga steaks are cooked with tomatoes, garlic, capers, raisins and pinenuts — another traditional Mediterranean mix, this time with strong Arab influences.

Sicilian llampuga dishes can also have the distinct sweet and sour taste that is characteristic of the island’s cooking.

As most local fishing boats were still involved in catching lobsters, only a few were fishing for llampuga last week. But the lobster season ended on Monday and from Tuesday the full fleet will be chasing after the shoals of llampuga.

Last week’s prices were at €8-€10 a kilo, which was somewhat less than last year when the maximum starting price was €12.80. With all fishing boats now concentrating on the llampuga, bigger catches will be at the markets and prices will drop.

The llampuga season officially comes to an end on December 31, but weeks before that the shoals of llampuga are well on their way to the warmer waters off the cost of Africa. They always go where the water temperature is highest.