Better kind of fish and chips

The recent meal that included Italian fish and chips made with chopped-up arm of octopus instead of fish (which should have been perfectly all right but turned out to be the worst dish I’ve ever had in a restaurant) hasn’t put me off ordering fish and chips.

When I saw the dish on the Rambar menu last week it couldn’t have been listed in a more concise way: “fish and chips”, it said and gave a €15 tag.

The price was within my budget but after that recent octopus debacle I wasn’t taking any chances — so I asked the waiter a few questions about the fish they use.

I was looking for something as traditional as that served in a chippie down the Old Kent Road. It turned out they use salt cod that has been desalted. That’s not quite what you get down Lambeth way, but I’ve used salt cod and it’s absolutely delicious when fried properly.

I also asked if they did the fish with a traditional English-style batter. They didn’t: it was more a kind of breadcrumb coating. That also works very nicely, so we confidently ordered fish and chips. It’s one of my favourite dishes.

However, as soon as the fish and chips arrived I knew immediately it would never get a 10-rating: the breadcrumb coating was fried to an almost brownish colour, indicating it had been in the hot oil for too long. And that always means the fish will be overcooked.

If I know that, how come professional cooks don’t know it? Most of them, I think, are aware they are overcooking fish but they seem to think that’s how the customers want it.

Well, some of us would rather have the fish moist and tasty. We got it somewhat stringy and dry. The fish wasn’t totally spoiled. It was enjoyable enough but it could have been so much better.

The presentation was fine: on a hottish cast-iron plate in a wooden frame that kept everything warm, including the lovely chips that had come straight from the deep fryer. 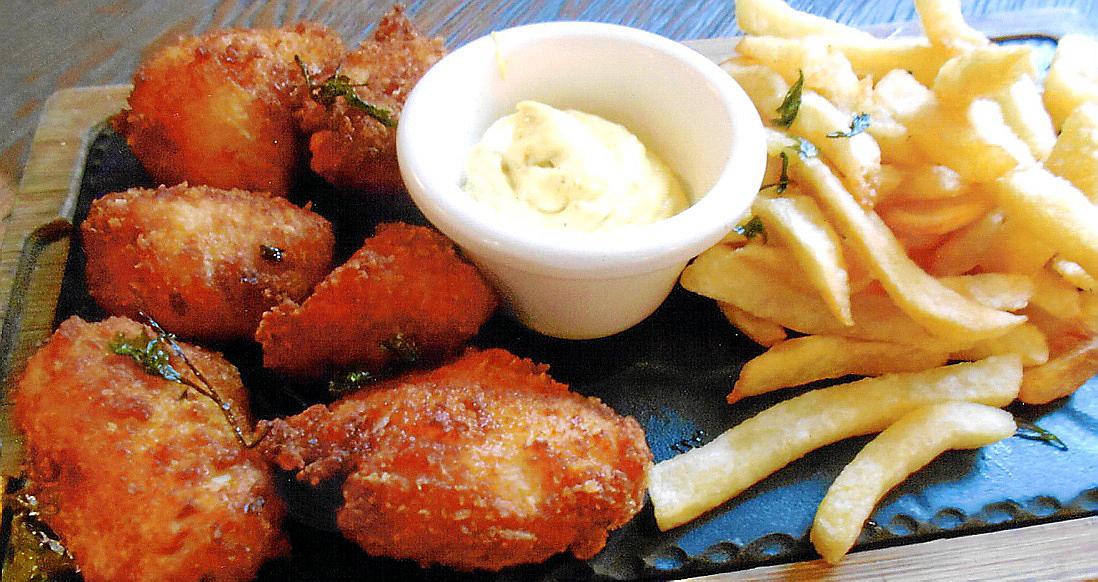 They served a small bowl of a smooth mustard-like sauce that didn’t taste of anything in particular. I tried it with the chips, but they were better on their own.

Our steak tartar was excellent. The meat seemed to have been chopped by hand, so it had plenty of texture, which is what so many tartars lack.

It was a generous 120 grs portion and we were offered different degrees of piquancy. We ordered it mild and that’s what we got. It came with another portion of chips and two crunchy wafers that added a nice contrast of textures.

My computer dictionary defines perverse as “Showing a deliberate and obstinate desire to behave in a way that is unreasonable or unacceptable.” That is a perfect description of Rambar’s policy with the serving of cañas. This is a swanky, soigné, splendiferous kind of restaurant with a snazzy bar area that would slot nicely into any fashionable Manhattan street. The ceiling is high, the walls covered with superb portrait drawings of famous jazzmen and there is a general air of opulence…except when they serve you a caña. It comes in a miserable tumbler that looks as if it was bought in the nearest Chinese bazaar. There are dingy bars on the outskirts of town serving cañas in stemmed glasses. Rambar’s unacceptable tumbler is the worst I’ve ever seen. They are treating beer drinkers like poor relations.

Restaurante Rambar, La Rambla 20, Palma. Tel:971-677163. Closed on Sundays. This is the kind of place that can fill up on any day or night, so you should always make a reservation.

Premier Boris Johnson can be a bit whacky and his antics and policies frequently bring him huge amounts of flak — even from members of his own party.

But throughout August millions of Britons were rushing to eateries all over the country and saying “Bon appétit, Boris!” before they started a meal.

They had 10 reasons for feeling pleased with Boris — thanks to his scheme to encourage people to go out and pack the restaurants, they were getting a maximum rebate of £10 for every meal on Mondays, Tuesdays and Wednesdays. This took in only food and included bills for breakfast, snacks, lunch or dinner. 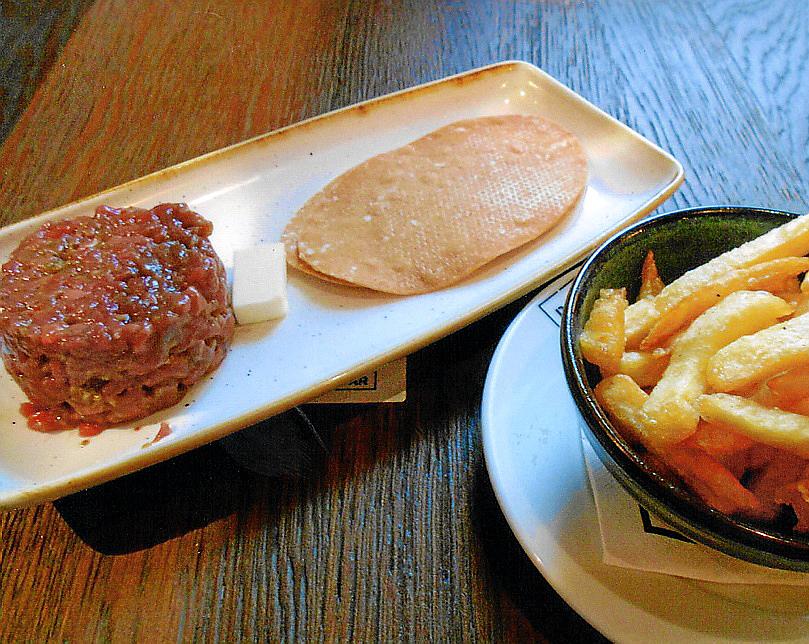 Especially those in the trade because the rebate put bums on seats up and down the country. According to the booking site Open Table, 64 million meals were discounted in the first three weeks.

During one week, the number of eager customers on those three days was 61 per cent higher than the same week last year. Some restaurants are continuing the scheme during September — but giving the rebate out of their own pockets.

The Bulletin’s former Cala Millor columnist Carolyn Martin and her friend Maggie Snow, who live in Winchester, made good use of the scheme, called Eat Out to Help Out.

They had Cornwall lobster with chips at Rick Stein’s The Seafood Restaurant in Padstow. The lobster was split, grilled and served in the shell with a shellfish reduction flavoured with parsley, chervil, chives and tarragon. That cost £28 — each getting a £10 discount.

They had plaice and chips at another restaurant: usual price £15 but £7.50 with the rebate, making it a cheap meal. At a Turkish restaurant they had another lovely dinner with £10 knocked off the menu price.

All of this on different days, of course. Carolyn and Maggie have big appetites, but not that big.