Cabbage is one of our oldest cultivated vegetables and hundreds of varieties are sold at market stalls, shops and supermarkets all over the world. The cabbage family in Europe is an enormous one that takes in such veggies as cauliflower, broccoli, kale, Brussels sprouts, kohlrabi and others, as well as the dozens of varieties that actually carry the cabbage name.

But for decades the cabbage’s ubiquitous presence had a negative side: it was very much a case of familiarity breeding contempt. Many of us have horrible school dinner memories of over-cooked watery cabbage — and cabbage at home wasn’t much better.
However, celebrity TV cooks such as Gordon Ramsay and Nigella Lawson put an end to that some 10 years ago when they featured different kinds of cabbage on their TV shows.

As always when the celeb cooks do something new with something old, interested housewives rushed to the supermarkets to stock up and try unfamiliar recipes.
Tesco had to get immediate stocks of eight varieties to meet the sudden demand. Over a period of three months, housewives bought 500,000 more cabbages than in the same period the year before.

They had a choice of red, red pointed, white, flat, Savoy, January King, Sweetheart — as well as the omnipresent common or garden green.
However, apart from Nigella’s and Gordon’s recipes, there was another reason for this new interest in cabbage — this was 2010 and the 2008 financial crisis was well underway and money was short. Cabbages are one of the cheapest veggies at the supermarket and that was an attraction for most people.

But despite low prices, cabbages have always been the veg that gets least respect from British people. We even use the word as a term of disparagement.
When we say a person is a cabbage we mean he (or she) is completely lacking in interests and ambition. A cabbage-head is a dim-witted person — and a cabbage leaf is an inferior cigar.

Part of the trouble is that the British have never been good at cooking this all-year-round vegetable. Had we handled it as well as French cooks, perhaps we would have used the word as a term of endearment.

The French, who usually beat us in gastronomy, use their word for cabbage (choux) as a term of affection: mon choux and mon petit choux mean ‘my darling’ and ‘my little dear’.
But when a pot of cabbage is boiling merrily in British kitchen and filling the air with an unpleasant pong, one is unlikely to associate it with the finer things in life.

The not very nice smell boiled cabbage produces is one some of us remember from childhood, because mothers up and down the country overcooked it to the nth degree. If only we had learned to stir-fry it like the Chinese, or sauté it for a short time like the Spanish, our attitude to this least loved green veg would have been quite different — and perhaps we wouldn’t have needed celeb cooks to remind us of its merits.
The cabbage, like other members of the Cruciferae family, contains mustard oils that break down on cooking to produce smelly compounds, among them hydrogen sulphide — the one that is so much like rotten eggs.

The longer the cabbage is cooked, the greater the chemical breakdown so that more and more molecules are produced, giving out an ever-increasing odour.
But if the cabbage is stir-fried or sautéed, you get caramelised flavour compounds rather than the sulphurous ones given off when cabbage is boiled in water for a long time.
Although is available throughout the year most of us are inclined to think of it as a winter veggie and one that helps to keep the cold at bay.

Apart from our thick cabbage soups that take the chill off a winter’s day, you get comforting casserole dishes from the colder parts of France as well as Russian peasant soups such as shchi, a winter staple made mainly from sauerkraut and sometimes from fresh cabbage. 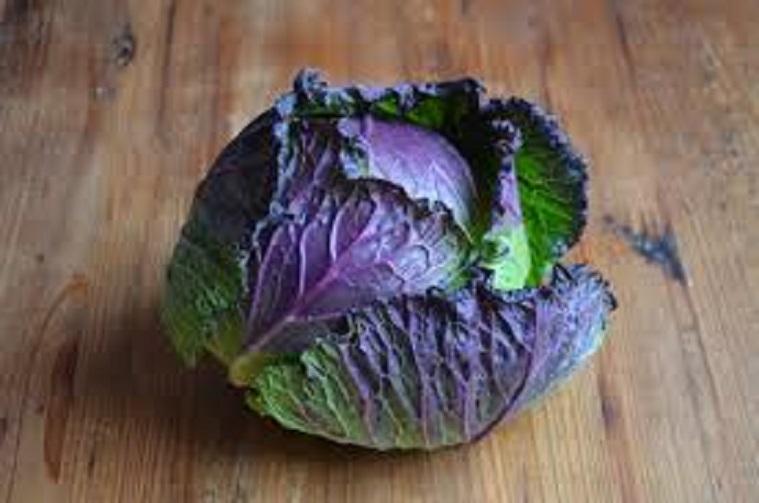 The Poles also love cabbage and have some tasty recipes in which the leaves are stuffed with delicious mixtures of meat, onions, tomatoes and herbs. The green veggie is so popular in Austria they even make a sweet with it: cabbage strüdel.
Cabbage pairs nicely with all kinds of vegetables including other greens and root veggies…such as potatoes. These are two basics and they are among the most economical buys at the market.

This combination could hardly be simpler or more down to earth. It’s a combo we find in country cooking all over the world, especially in Europe — and not only in northern countries but also in the south.

We're inclined to associate cabbage with cold days and have come to think it is popular only in those countries that have snow on the ground during most of the winter. But it has been a favourite vegetable in the Mediterranean for thousands of years.

Stone Age men and women ate cabbage and the ancient Greeks and Romans also liked it. In Ancient Rome it was a staple food for the poor but Apicius includes several recipes in his compilation of dishes of that time, suggesting that cabbage was served as a side dish in aristocratic dining rooms.

Apicius gives a recipe for cabbage cooked with pinenuts and raisins, both of which are still used in several Majorcan cabbage dishes.
The ancient Greeks stuffed cabbage leaves with a mixture of meat, rice, pinenuts, raisins, lemon peel and herbs, ingredients that are still found in stuffings in just about every Mediterranean country.

English cooks in the Middle Ages knew more about cooking cabbage than today’s average Briton. They were aware that cabbage kept most of it nutrients when only slightly cooked.

So they put the shredded leaves into an earthenware pot with a tiny amount of water and some butter and slowly cooked it with the lid on. This produced much better results than the waterlogged mush that is still served in some British restaurants and homes.
The potato didn’t arrive in Europe until the 16th century and a long time passed before it was popular with the general public. But when it was finally accepted, country cooks soon realised that the cabbage and the potato were made for each other — especially when combined in a soup.

There isn’t a country anywhere in Europe that doesn’t put cabbage and potatoes into some kind of soup — and there are recipes in which potatoes and cabbage are the only vegetables used.

Cabbage is extremely popular here and in most restaurants serving Mallorcan dishes you will find at least one dish on the menu with the words ‘con col’ (with cabbage).
It could be lomo con col, perdiz con o pichón con col. In these dishes, sliced loin of pork, partridge or pigeon are first sautéed in olive oil before being wrapped in two or more cabbage leaves.

This package is put into an ovenproof dish and covered with a sauce made with a sofrito of onion, spring onion and tomatoes to which pinenuts, raisins, pieces of black pudding (botifarrón) and sobrasada are added.

The dish is baked slowly until the main ingredient (which could be a cheap cut of boneless pork instead of partridge or pigeon) is very tender.

In Navarra they have a dish that contains cabbage and little else except flavourings. It is called berza con chungur, the chungur being a ham bone with some meat on it.
The shredded cabbage and the ham bone are put into a pot of water and boiled together until the cabbage is tender. It is drained and dressed with sweet paprika (pimentón dulce) and plenty of warm olive oil in which chopped cloves of garlic (to taste) were fried. An ideal low-cost starter for true cabbage lovers.

The winters in León can be extremely cold but villagers at high altitudes have ways of keeping warm and one of them is a cabbage stew called berza a la montañesa.
Chopped green cabbage and smallish pieces of potato are cooked together in stock in which smoked pork chops and chorizo have been simmering. Smoked pork chops are available at Mercadona, El Corte Inglés, and some other supermarkets.
The dish is served piping hot with the final addition of a sofrito done with onion, garlic and paprika.

Castilla has several cabbage recipes including one that could have come from a German cookbook: chopped cabbage is simmered in a good beef or vegetable stock until tender and served with a topping of fresh pork sausages braised with onions and carrots.

This dish can be done with pumpkin instead of carrots. Chop the pumpkin smallish and cook it until is overdone and falls into shreds. Stir with a wooden fork until the shreds and the sliced onions are well mixed. This is another of the many economical cabbage dishes.

Melt the butter in a large saucepan and slowly sauté the diced salt pork until brown. Meanwhile, peel the potatoes, carrots and onions and chop them roughly. Sauté the chopped vegetables and the cabbage for 10 minutes.
Add the water, bring to the boil, and simmer for 50-60 minutes. Mash the vegetables with a fork or an electrical hand-blender and boil briskly for five minutes. Serve immediately with the croutons.

If you have to buy a larger cabbage than you need, you can save time (and money) by cooking all of it and keeping the leftovers for another completely different recipe…which could be this French au gratin dish.

It makes a quick luncheon or supper dish to be served on its own or with some good meaty sausages, such as the thick Cumberland-style variety that is always available at Mercadona.

You will need: a half cabbage finely shredded and cooked, 4 tbsps single cream, a little grated cheddar cheese, 100 grs grated grana padano cheese, salt and pepper to taste, some stale white breadcrumbs and 40 grs butter.
Put the cream into a saucepan, add the cooked finely shredded cabbage and stir over a moderate until the cabbage is very hot.

Add the cheddar and 40 grs of the grana padano and mix well. Season to taste with salt and pepper and transfer to a heated gratin dish.
Combine the remaining grana padano with the breadcrumbs and sprinkle over the cabbage. Dot the surface with small pieces of butter and put under a hot grill until crisp and of a deep golden colour. Serve immediately.