The bacalao with deep-fried parsley and chips. | Andrew Valente

Every time I go a restaurant I always have a plan B at the back of my mind in case something goes wrong with plan A. Sometimes there’s a hitch and plan A is unviable…but it’s no problem because plan B is waiting to take over.

Well, sometimes even the best laid schemes of mice and men go astray (as Burns said, but using Scottish words and a Scots accent) and plan B can also fall through. And that’s exactly what it did last Friday.

But I was in a part of the Avenidas with a large choice of places to eat, so picking one was going to be easy-peasy…except that I wanted one as near as possible because I didn’t fancy traipsing around in the blazing hot 2pm sun.

One of the Tast restaurants was just along the street (I didn’t even have to cross the road) and eating there is always a pleasure because the food is always first rate.
The RamBar in La Rambla, which serves the most awful draught beer imaginable and in a horrible cheap tumbler, is part of the Tast Group. And the last time I complained bitterly about the RamBar beer and tumbler, I said I wouldn’t go back to a Tast Group restaurant until they started serving decent beer in decent glasses. And that was as recently as May 15.

So what was I to do? Go out in the burning 2 pm sun like an Englishman or a mad dog, or break my promise and go into the air-conditioned coolness of Tast Avenidas?
It wasn’t at all difficult for me to forget about intrepid and idealistic pledges, turn my back on the fiery summer heat, and push open the very stiff Tast door that took me to cool temperatures.

It turned out to be a superb idea because not only did I eat extremely well but I was served one of the most splendid pieces of bacalao (salt cod) I have ever had — and at a price that was incredibly low.

The bacalao, a lovely thick rectangular piece, was on the menu as being cooked ‘a la brasa’, which literally means over embers —in other words, chargrilled.

That is the most difficult way of doing fish because the heat coming from the embers is tricky and not at all easy to judge and control. There is very little margin for error and getting it spot on calls for true expertise.

The bacalao was nicely charred on the outside but was amazingly juicy inside. The heat had penetrated and the flakes of flesh opened out like the pages of a book and were nicely soft and tasty. It was a half portion and came with delicious crisp deep-fried sprigs of parsley (which I seldom see nowadays) and also a bowl of chips straight from the deep-fryer that would cost a minimum of €3.90 in most restaurants nowadays. 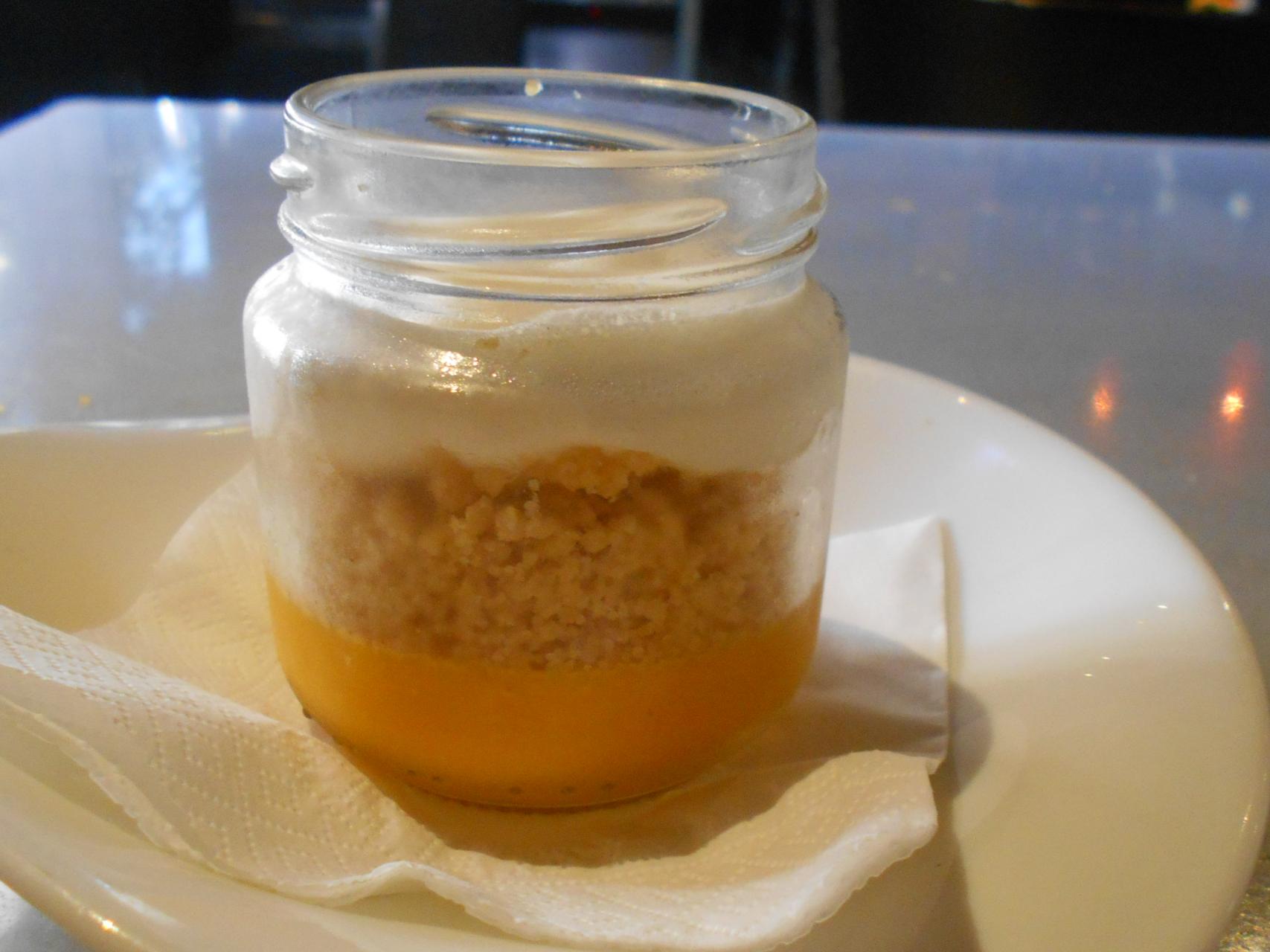 If I had to look back and choose the six best pieces of bacalao I have ever eaten, this one would have to be on the list — and at the top rather than the bottom. It was worth a 10 — and as many gold medals as were awarded at the recent Olympic Games in Tokyo.

Pintxos: a perfect nibble from the Basque Country

A ndalusia gave Spain tapas, those small dishes of nibbles that are pleasant to eat with cañas or cold white wines. They are an essential nibble that bridges the gap between forenoon and the late lunch hour that is a typical part of the Spanish day. 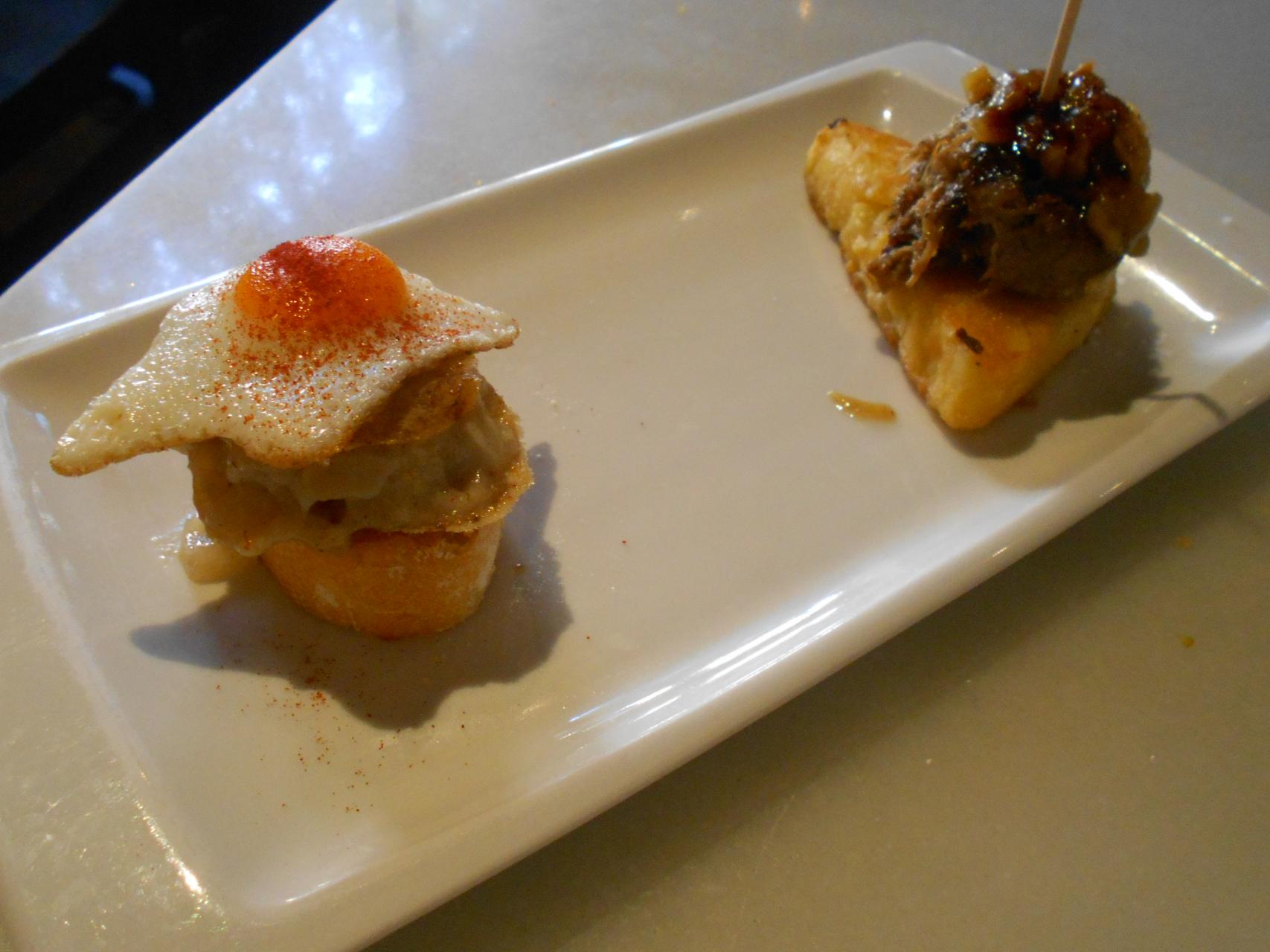 In other parts of Spain there are mid-day morsels of a different kind but for the same purpose: keeping hunger pangs at bay until it is time for lunch.

In Majorca we have the cocarroi, coca de verdura and the pa amb oli. The Cataláns have pa amb tomàquet, almost identical to pa amb oli.

The Basques have a mid-day (and early evening) savoury snack they call the pintxo which was originally a slice of chorizo, ham or other charcuterie stuck to a slice of bread with a cocktail stick — the pintxo.

The restaurant review: Summer duo was a superb bargain

The Basque pintxos eventually became more and more elaborate until they were actually small portions of well known dishes served atop slices of toasted or fried bread — and sometimes held down with a pintxo.

They do a good selection of pintxos at Tast but, as you can see in the picture, they are too tiny for sharing. If you select a couple you fancy you will have an economical and delicious way of beginning the meal.

My first choice was was a pintxo done with pig’s trotters, which I haven’t had for ages. It was a good way of reuniting with a piece of trotter and it would also work for someone who doesn’t know trotters and wants to try them.

It was simply chopped trotter meat rolled into a small ball which allows you to appreciate its gelatinous texture and delicious taste.

It was served atop a slice of slightly toasted bread and topped with a fried quail’s egg which still had a slightly runny yolk.

A superb little morsel. I am now looking forward to having a proper dish of trotters as soon as the heat goes out of the sun.

The other pintxo also used a meat with a high nostalgia rating. This time it was oxtail, the meat scraped from the bones and piled atop a triangle of refried mashed potato. I am now contemplating a dish of oxtail (with the meat on the bone) when the temperatures drop next month.

I ended the meal on a lovely low-key sweet note: Mallorcan style tarta de queso in which the cook wasn’t heavy-handed with the sugar, and a little glass of mashed apricots and maracuyá, the purple Brazilian fruit also known as passion fruit. 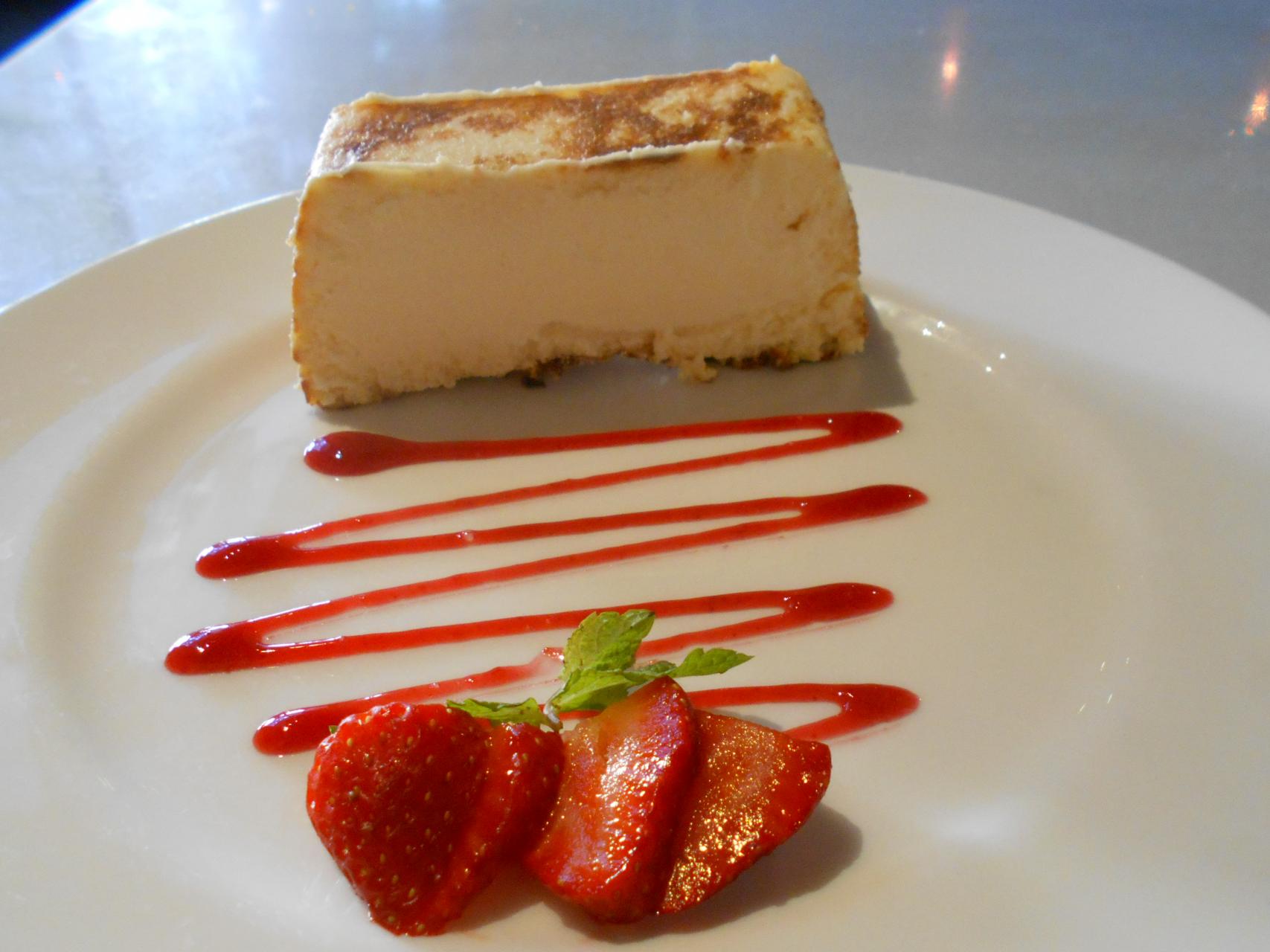 This one was also low in sugar, but perhaps best of all was the €4 price. I can’t remember when I last saw a dessert for under €5 at a restaurant of this category.

From the first day Tast opened in 1989 at Calle Unió (along from C&A) the cooks and dining room staff have built up a large regular clientele of residents who enjoy good at eating at reasonable prices.

But I have never had such a splendid piece of bacalao (at Tast or anywhere else) for only €8.50. And it came adorned with sprigs of crisply fried parsley which no one does nowadays because it takes time and care to get it as crunchy and oil-free as this.

The €8.50 bacalao was also served with a portion of chips that would have cost from €3.90 to €4.50 in any other half decent restaurant. No wonder I awarded it a 10 and as many gold medals as were won at the recent Tokyo Olympic Games. 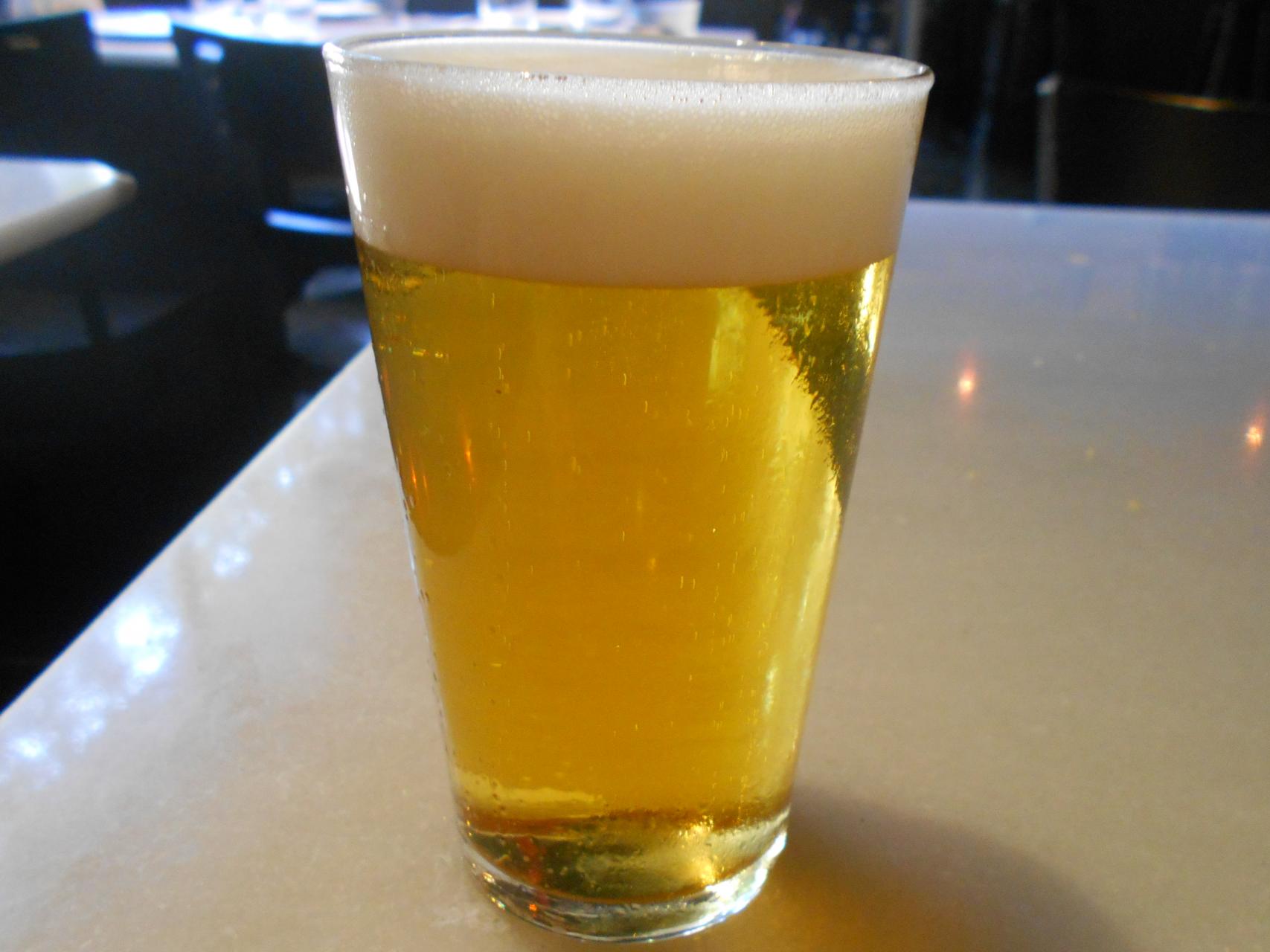 The Basque style pintxos were also excellent. It’s a pity the Tast Group insists on serving a crappy draught beer, at a far from correct cold temperature and in an even crappier tumbler.

Tast Avenidas, Avda Conde Sallent 13, Palma. Tel:971-101540. Open for lunch and dinner from Monday to Saturday. They have lots of space but it’s always better to make a reservation. Ask for a table overlooking the bar.