Some of the Humans of Mallorca of 2021

I am fortunate enough to meet, chat and get to know many of the arrivals to our world. Some have been here years and others arrived last week. The ones I chat to usually have English as a first language and arrived in Mallorca with a tale to tell. This is a series which has been around for a few years now. I am still in awe of what Brandon Stanton does in ‘Humans of New York.’ I am unlikely to ever be in his league but I keep plodding on.

One significant fact I learnt early on in this ‘Social History’ snapshot is that people arrive in Mallorca ready-made. They have usually had a life elsewhere and are ready to reinvent themselves on this island. Some friends reading about the ‘Humans of Mallorca’ they know can’t equate their past knowledge of the people with the written story. Not everyone is re-inventing themselves but many are...

Meet Tommy Carter of Cas Fiols. A Human of Mallorca originally from the USA. This house is known by hundreds on the island as the Halloween Party house. The actors from the Isla Theatre Group converted the place for three days each year and introduced Halloween USA style to the Valley. Tommy built a haunted house every year and generations of children were suitably scared.

A few years later, the in laws came to visit and amongst them was Caleb Foster a celebrated wine maker from Washington State. A walk around Cas Fiols land with Tommy amongst the citrus trees, which were past their best, gave birth to a new idea. Say goodbye to the trees and plant this 500 sq. metres of land with grapes.

To understand the family involvement takes Tommy back to his own childhood, which for business reasons, involved his family moving every two years. New schools, new friends and a Dad he rarely saw, as he was working so hard. Tommy’s dream was to settle in one place and give his own children the presence of two loving parents. His children age 16, 14 and 7 have lived in the same house since birth and are involved in the family interests from the acting world, to looking after house guests, to crushing the grapes at harvest time. Everything they do is ‘a family thing’. This Human of Mallorca has found his vines, heartbeat and his family life here in Mallorca. 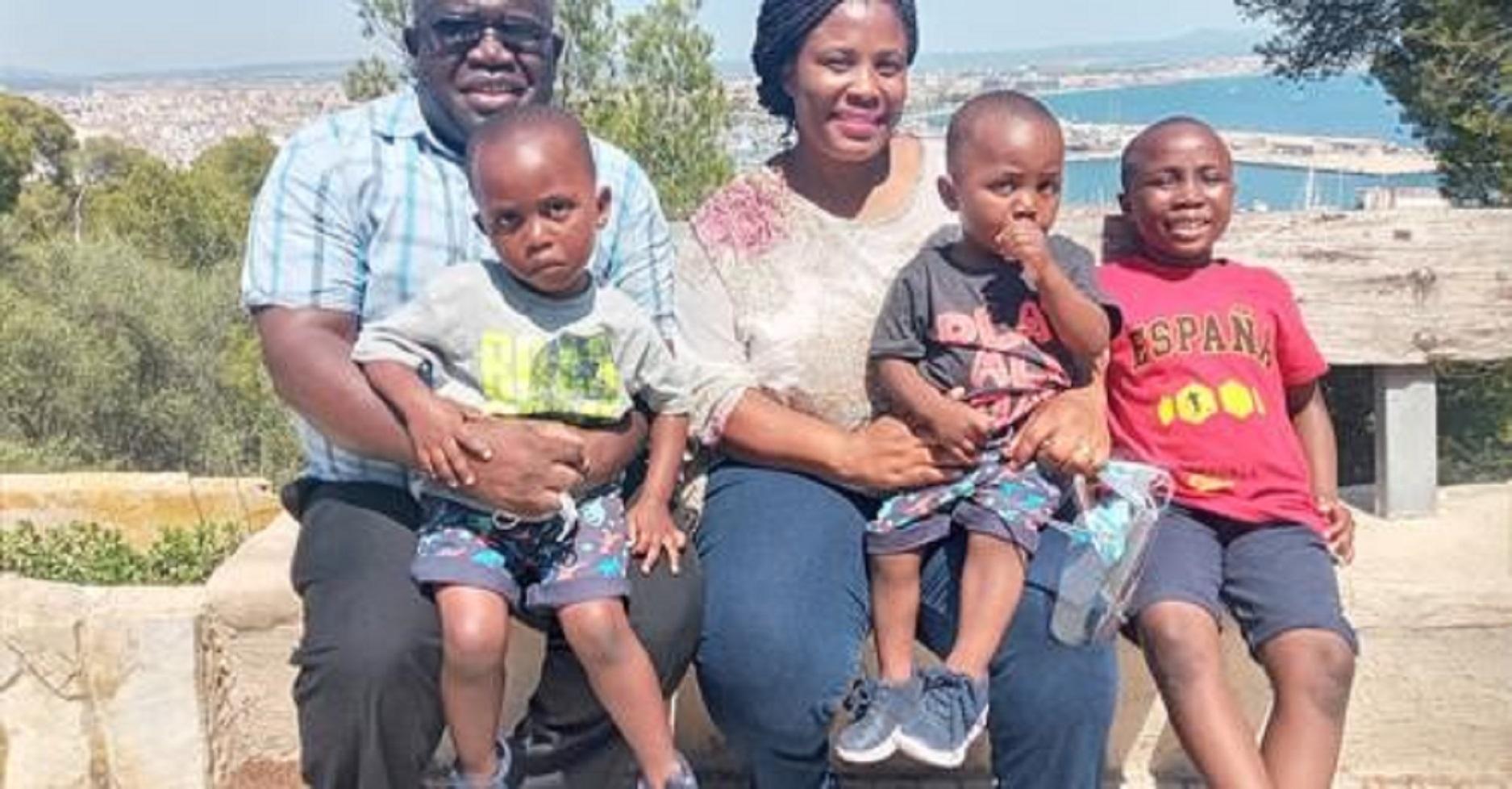 Father Ishanesu arrived in May 2021 to be the next Human of Majorca on this page. He took up his position and the Vicar of the Anglican church In Palma. He arrived with Caroline, his wife and three great boys. This young family had made their way from Harare, where Dad was Dean of the Cathedral, to Palma, to begin a new ministry and a new family life. Seven months later they are all still standing and in a good place. What a learning curve and so much adaptation but they are all well on their way to being a new generation of Humans here.

The children are settled in school and day to day life in the parish goes on with this great new Vicar at the heart of it all. Ishe arrived as the summer began and the family familiarised themselves with Mallorca beach life. To have access to such beaches was a learning curve from land locked Harare. They have loved their time getting to know and love this island of their choice and are excited about every day. 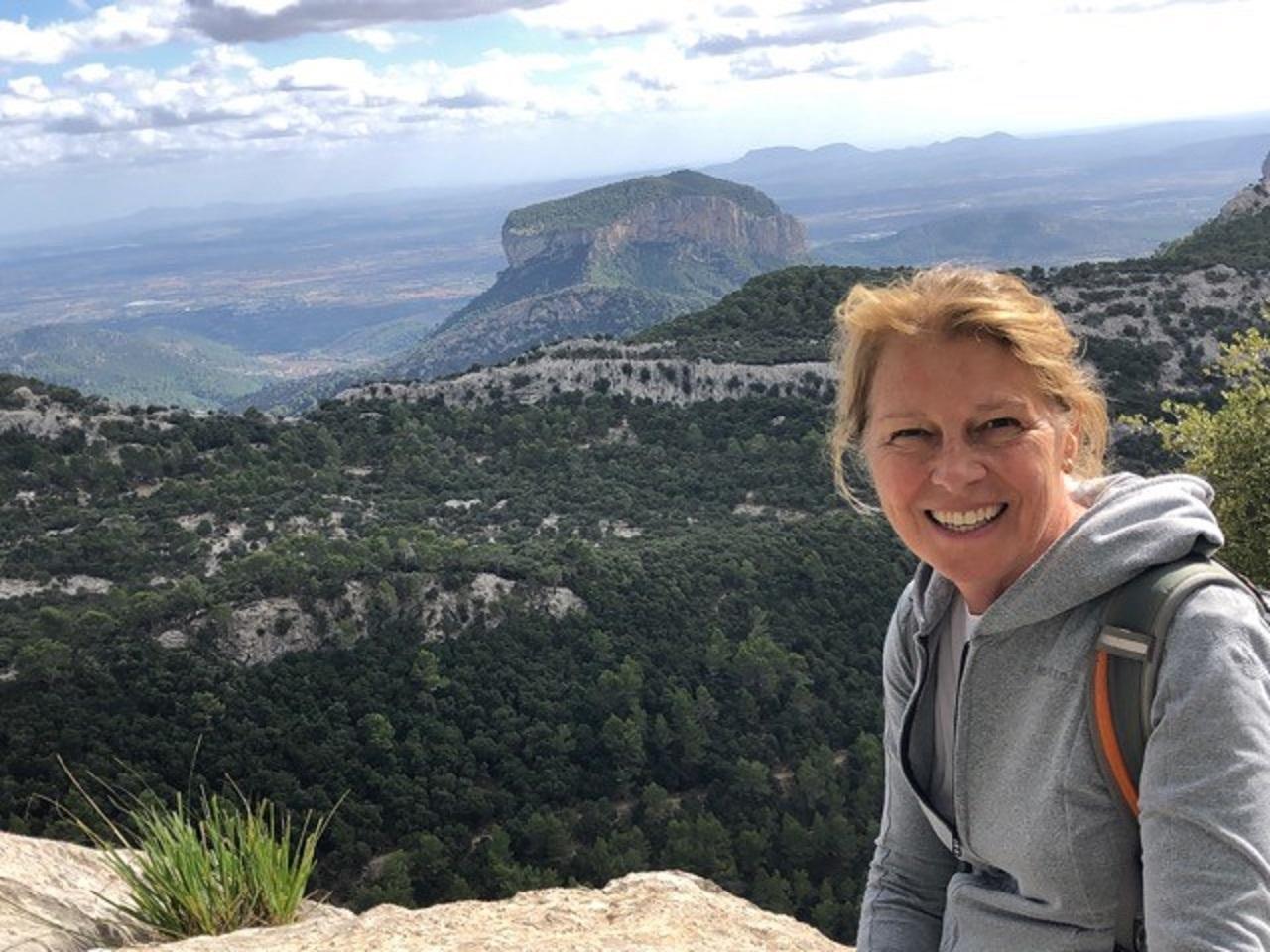 Ellen Joosten is our third human of Mallorca this week. She made a name for herself in Mallorca this year by writing one the most definitive books on the Soller Valley in English. This book is an act of love for Ellen who is one of the second homers here and comes to stay as often as she can. Her book is called Soul of Soller and this is Ellen’s story
‘I studied tourism and management and after my graduation I started my career in the tourism industry. First as a marketing manager for an airline and a global airline distribution system and later on I worked for tour operators before I made my move to an online travel agency.

After a great time of seven years in the US, we moved to Singapore for seven years to do basically the same thing. We travelled extensively around Asia and learned to know and appreciate the region. But we always made sure that we could visit Soller a couple of times a year.

For the past three years we are settled in Europe and share our time between Amsterdam and Soller. Now, I can spend more time on the creative side of life which I love, this book being the first product. I also try to keep fit by cycling. What is more challenging for a Dutch flatlander than to peddle the mountains around Soller?

We still have the house in Soller with the same group of friends that we bought it with back in 1996. Enjoying it together or individually It has been one of the best decisions of my life’.

The book Ellen has created is a Coffee Table book with stories, photographs, history and mementos. This has been universally well received and launched by Soller in the summer. Designed for all those who love our world and want more of the back stories and atmosphere. ‘Soul of Soller’ is available now and written by a great Human Of Majorca
More stories of the 2021 Humans of Mallorca coming soon!