The Island within an Island

The Firo which takes place on Monday 9 May 2022

The Firo takes place on Monday 9 May. | P. BOTA

The Soller Valley is self-contained and has a history of self-sufficiency. The Soller tunnel has only been in existence since 1997 as a toll tunnel, with charges. It became free in 2017 and this completed the saga, until the next time it goes to court. Nothing major happens here without claims and counter claims. Sometimes these involve prison sentences for corruption and all sorts of fuss is made. I make no comment on any of this but I do remember the early years of no tunnel, and how we travelled. The Soller Train was very important to us in those days and sometimes we drove over the Coll mountain and endured the 53 hairpin bends. 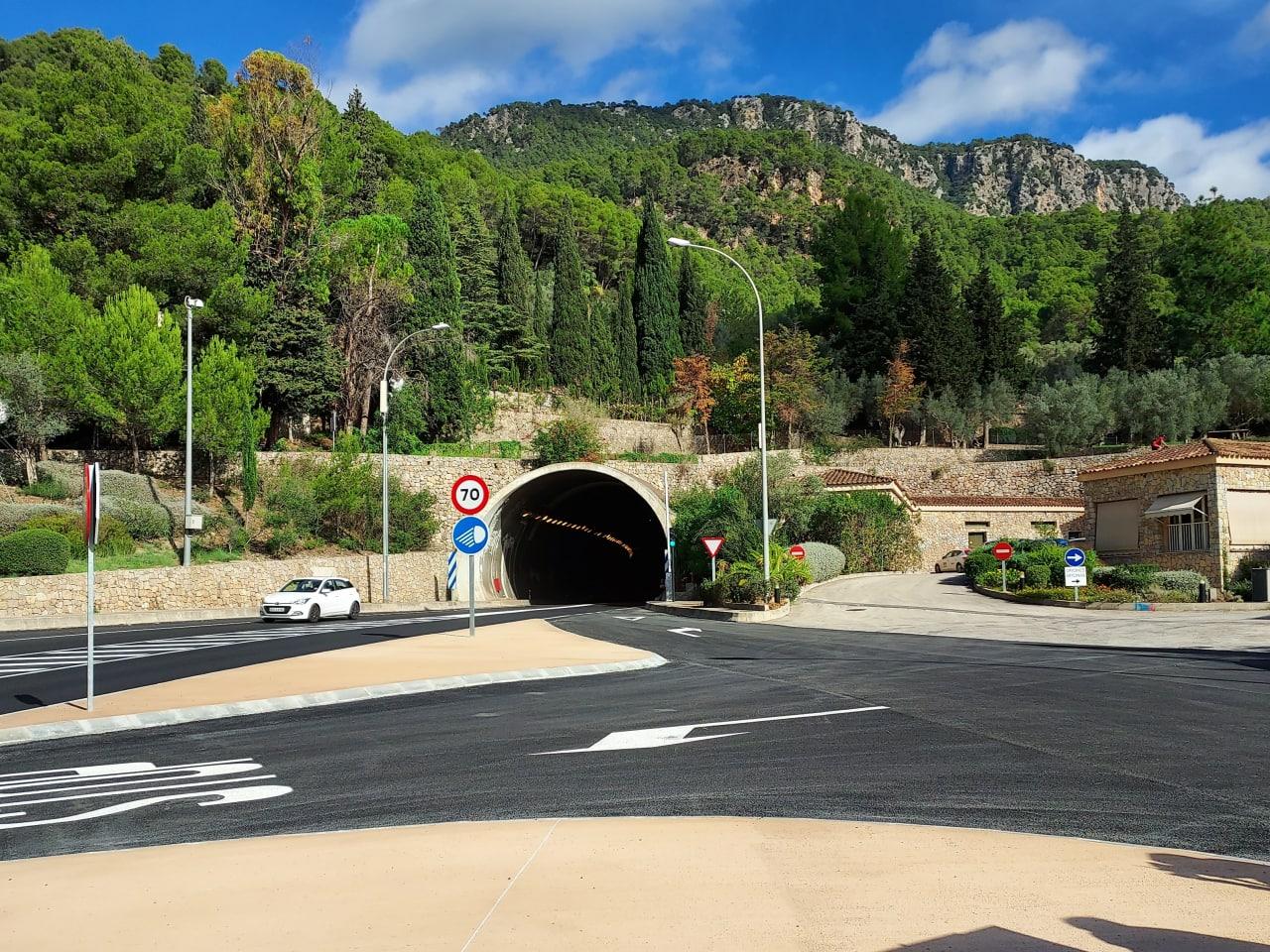 The entrance to Soller guarded by a huge mountain meant that all that went on behind it looked after itself. The L’Horta of Mallorca meant that the smallholdings and farms grew everything. Orange, Olives, Apples, Pears and every type of tomato and vegetable flourishes in this fertile soil. Today Sollerics still buy local from the St Bartholomew Agricole and the shops specialising in the organic produce of the Valley. 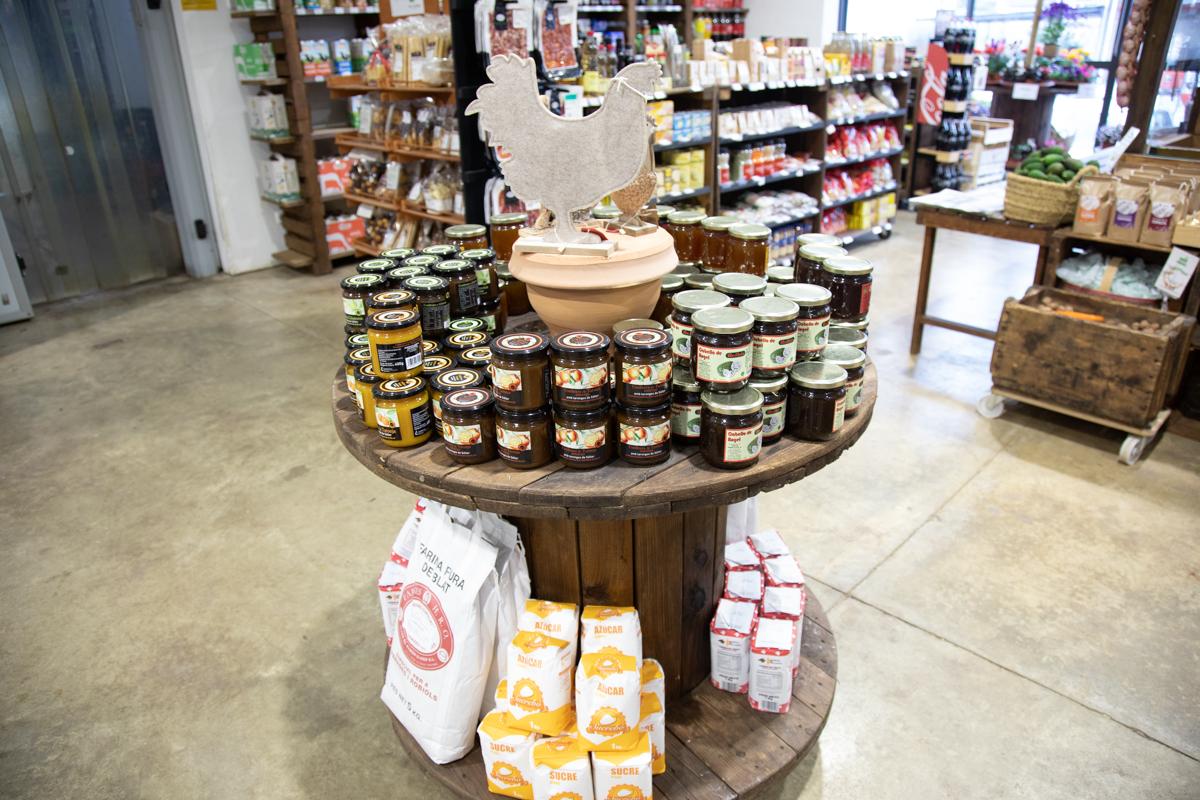 Produce set sail from Puerto Soller in the distant past and France became its biggest customer. The history of the ‘French connection’ is the subject of many stories and publications. It is still relevant today as 70% of Sollerics have French relations. This is the reason that French is the language of the summer alongside Mallorquin. Many return to their summer houses here and the area becomes ‘little Paris’ for a couple of months a year.

We have cars, buses, trams and trains to move us around these days and most people travel the island often. Unfortunately this year the visitor is not going to have the same choice when it comes to hire cars. There is a shortage and many arrivals will not hire this year owing to the inflated prices. The knock on effect of this, back in the Soller Valley, is the subject of much discussion. Local taxis are overstretched and there are not enough of them. This causes such frustration that many visitors just ‘go local’. They use the nearest restaurants and shops and have deliveries to their summer lets. ‘Take Aways’ have never been so popular, but only if the food is actually delivered to the door. 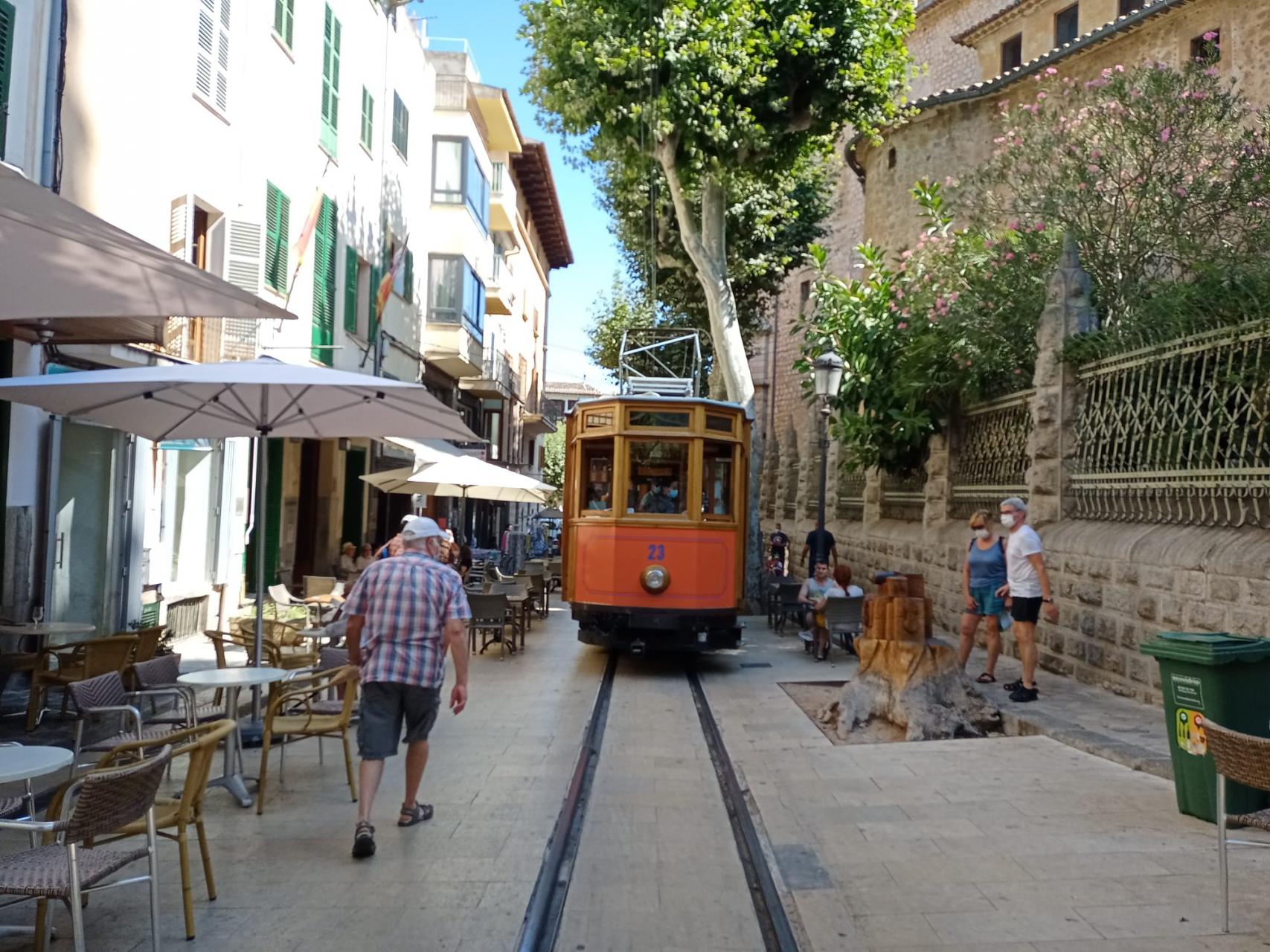 Easter has been a huge success in the Valley and hotels were 90% occupied. The figures for the next few weeks are the same as many come to Soller and the Port to celebrate the Firo which takes place on Monday 9 May 2022. The Firos’ of the past two years were’ lockdown Firos’ with very inventive neighbourhoods doing what they could from their balconies. This year everyone is back on the street and looking forward to the events of this weekend.

Soller events have a Calendar of their own on www.sollerweb.com

Art exhibitions, book launches, concerts, local dancing, live music, theatre performances and many itinerant musicians. We can compete with any of the biggest resorts on the island but still many, do not know what is going on in our world. Live music is alive and pumping out from many restaurants and venues, the whole length of the sea front.
The Soller Valley has to be discovered for the vibe to get you. So many travel through the Soller Tunnel and have their ‘Eureka’ moment. They were not expecting the mountains and the views which waited for them at the end of a dark road tunnel, cut through a mountain.

The Soller Valley has two local newspapers created in the times of its relative isolation from the rest of Mallorca. Setmanari Soller and Veu de Soller are both weekly publications. The idea, that the Soller Valley with its 15,000 population, supports two local papers says much about this community. A beautiful location, that is for sure, visited by thousands every year. In essence though, still a working town of people with strong views and opinions. Tradition, local customs, costumes, plus a great community pride, lives here.
Come and visit and see for yourself how this oasis in the North West corner of Mallorca holds out its hand in welcome…