Vaccines and passports to enter bars and venues seems like the subject of a sci fi movie. This is however, our reality, in Spain. The majority will comply and others will say they are just not going out. It reminds them of the vulnerability of mixing and picking up a germ.

Much will be written on this subject as it is a fundamental change to our freedom of choice. Today we are just doing as we are told and grateful we can still go out.

Soller crackles with gossip and observation this week. Did you hear the one about the back to front cobbles? This is the story out of the new road being created in the Gran via. The builders were zooming along with the project which was set to be delivered bang on time. Then, someone noticed the new tiles had been aligned to the wrong starting point. Red faces now and start all over again. 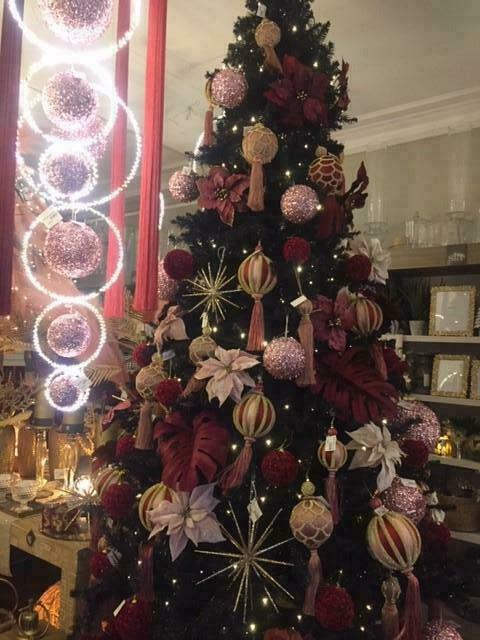 What about the nine hotels being created in Soller as you read this? The comments have come in thick and fast and accusations of ‘spoiling’ Soller are flying round every corner. The fact is that ‘Hotels of the Interior’ are being encouraged by Town Halls.

They are all small, in City centres and using large houses as rooms with bathrooms. The word ‘Hotel’ in its fullest sense is stretching what is actually happening. It is guessed that if all these little hotels come to fruition it will give an additional 60 hotel rooms to Soller. 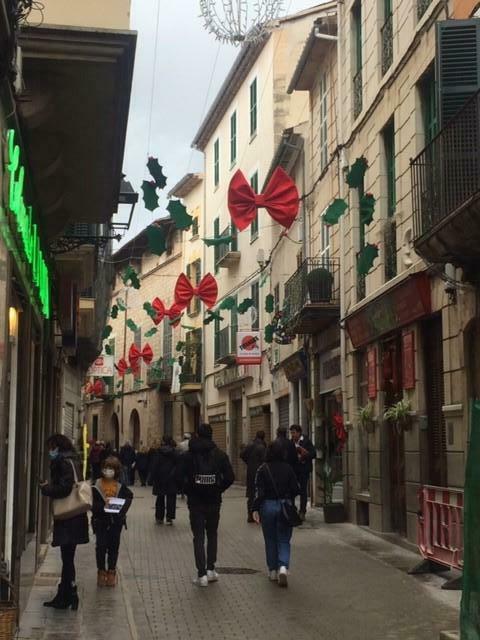 The decorations in Soller square and the local streets are now switched on and lovely. The traders in the Lluna have added to the Town Hall’s efforts with their own hand made red bows. The community here really wanted to make an impact and have devoted their own creative energy and made the people smile as they walk through.

A new restaurant opening made us happy this week. The fact of a brand new opening when many close until next April is just great. Tucked down a side street off the Lluna a new bistro with an Italian feel joins the gourmet delights of Soller. Many contact us at Sollerweb for information on which restaurants are open in the winter and we are very glad to add this one to the number.

The Soller Train will end the season on December 8. It will make the last journey between Palma and Soller and will end a season ‘which has been short”, explains the president of the Soller Railway, Óscar Mayol. The train company applied for the closure to happen a month ago but no reply was received from the powers that be, so it had to complete its expected season. 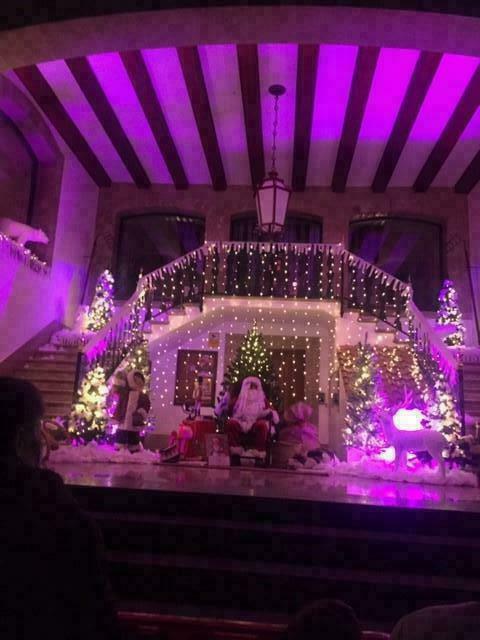 This year the train started three months later than normal and has operated a very limited service of two trains in each direction, daily. We have no news yet on what the expectations are for next year. With all the worldwide publicity the Soller Train and Tram gets, it tops the list of many looking for the ultimate day trip. Year round tourism is not considered a reality here unless the train decides to join in and stay open.

When the train stops Soller completes its second slide into local life. The first slide happens when hotels and businesses close for winter and many local workers have time to have a coffee in the square and catch up with friends. The second slide is when the train stops and the day trippers stay home. We still get organised coach trips from the cruise ships and travellers arriving by bus but the volume is not the same.

This is the time when Soller becomes intensely local for about six weeks. I love to see gatherings of people catching up and being part of local banter. All we need is the weather to be pleasant and every day can be like a party in the square. That is until it gets dark and cold and then the party continues at home. The streets become dark and empty and the Christmas lights twinkle to the universe waiting for the people to come back out to play.