At the end of last week’s page on arròs brut I mentioned that the best rice for this dish is the one grown in Sa Pobla. It is known locally as ‘arròs de Sa Pobla’ and is available in Palma.

Sa Pobla is arguably the most gastronomically interesting place on the island, although anyone arguing that point would be shouted down in Sóller, Santa María, Campos and other areas.

However, I think Sa Pobla has more going for it than any other town on the island. The soil is extremely fertile and the area’s potato crop has an international reputation. Some of the island’s best charcuterie is made in Sa Pobla. There are at least 15 restaurants doing authentic Majorcan dishes — some of them native to Sa Pobla. 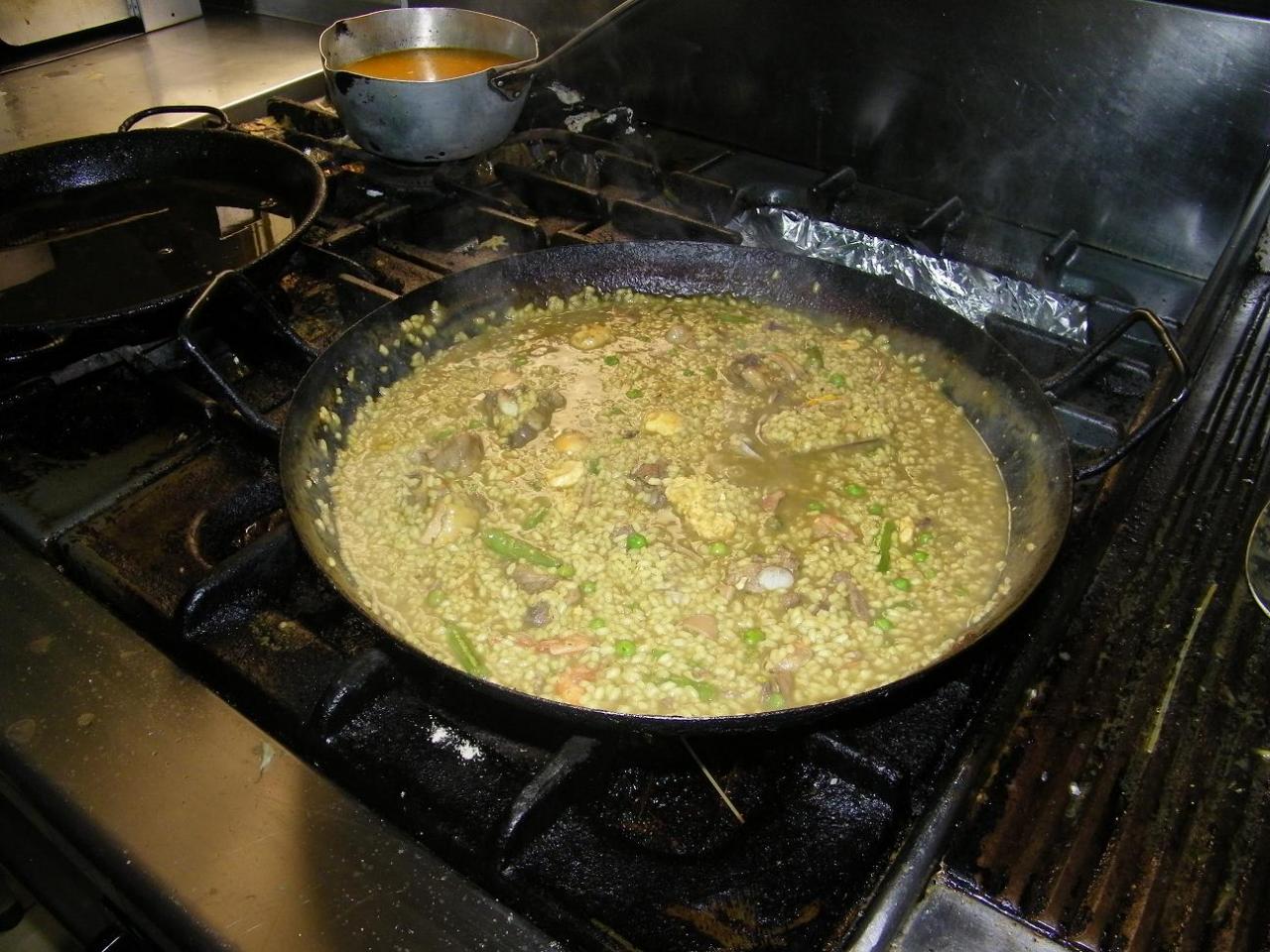 Sa Pobla can even boast of having one of the best varieties of rice in Spain — and that’s saying something because some of the Spanish rices are the finest in the world.
The first of the Sa Pobla rices were grown in the marshy Albufera area but Sa Pobla farmers now cultivate rice on dry land, just like any other cereal. It is planted and harvested with machinery and is grown between potato crops. It is a good way of keeping a field in use because a rice crop needs little attention apart from efficient watering, which is done with sprinklers.

However, there’s not a great deal of Sa Pobla rice in the shops. It’s unlikely you’ll find it at your local supermarket although it is available in specialist outlets and also at El Corte Inglés.

It is much more expensive than the ordinary round rice of the well known Spanish brands that are in all the supermarkets, and its price is on a par with the other high quality varieties from the mainland.

When you see Sa Pobla rice for the first time, it doesn’t look very special. The grain is rather small and uneven in shape, unlike the specialist varieties from the mainland that are plump and look most inviting.

But it’s a clear case of looks being deceptive: this ugly duckling of the high quality rices turns into a beautiful princess when cooked. Sa Pobla rice has a great asset: it is highly absorbent and it doesn’t over-cook easily.

When ordinary varieties of rice are done al dente (for instance, in a paella or an arròs brut) and there is enough for second helpings, by the time we are ready for a repeat, the rice is soft and sometimes it even bursts open.

This is especially true when an ordinary rice is used for an arròs brut and it is cooked in a greixonera. Spanish round rice goes on cooking in the residual heat of the greixonera and by the time seconds are serve it is well overdone.

That doesn’t happen with Sa Pobla rice, because like Italy’s risotto rices, it can take in extra liquid without overcooking. Xisco Moranta of Sa Pobla, who was Majorca’s best pastry cook until he retired a few years ago, used to say that the best plate of arròs brut was the second helping, because it had time to absorb even more flavour during its rest in the residual heat of greixonera.

Rice plays an important part in the cooking of Sa Pobla, both at an everyday level and for special fiesta day meals. Some Sa Pobla rice dishes are elaborate and require a long list of ingredients and others are quite austere, as if created by nuns for the rigorous abstemious days of Lent.

The popular ‘arròs de caldero’ calls for joints of a good boiling hen (meaning one that is not too old) and sections of pork spare ribs. Both are sautéed in olive oil in a greixonera until nicely browned. Some roughly chopped onion is added and it is sautéed until it starts to turn golden. Roughly chopped cuttlefish is stirred in and cooked for another five minutes.

Two peeled ramellet tomatoes are added and after 10 minutes the mixture is then seasoned to taste with black pepper, ground cinnamon and salt.

Boiling water is added in the ratio of three volumes of water to one of rice and the mixture is simmered until the meats are tender.The rice is then stirred in and the dish is cooked for about 20 minutes. It is rested for five minutes before serving. 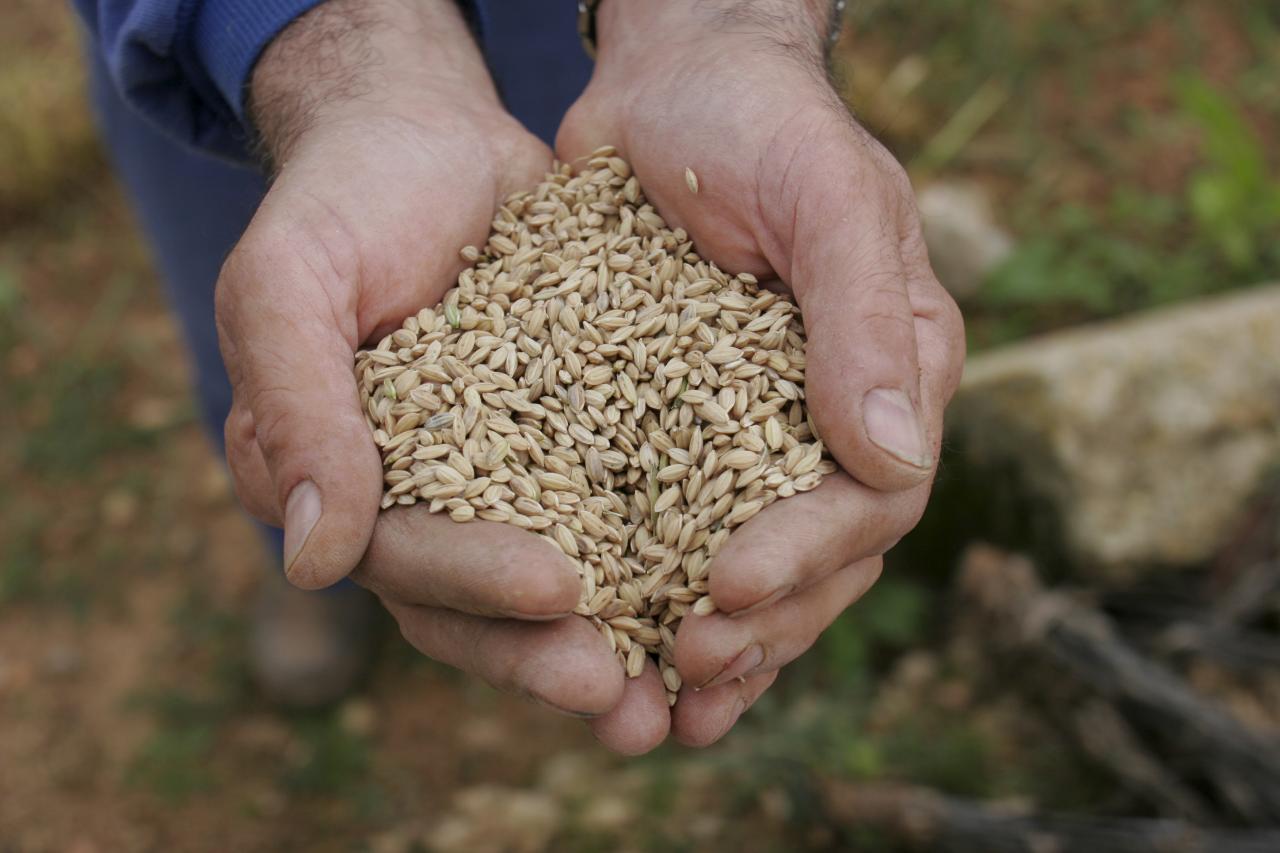 The people of Sa Pobla, (els poblers, as they are called in Mallorquín) are very fond of leeks, huge amounts of which are a major ingredient in many local dishes. Some years ago I was invited to a meal by a Sa Pobla gastronomic society and on the way to a country house to cook the meal we stopped at several shops to buy leeks.

My hosts, who were cooking for a group of 20, bought up every available leek. I couldn’t see how they could possibly need that amount, but they did. The dish they were doing called a vast quantity of leeks to be reduced to a pulp as the basis of a rich sauce.
A dish called ‘arròs amb créixens’ uses the same basic idea. Créixens (pronounced cresh-ens) is Majorcan for watercress, another vegetable that is popular in Sa Pobla.
The dish is simple country fare and is easy to make as it calls for only a few ingredients that include the white part of leeks and some fresh crisp watercress.

Five thick white leeks are chopped finely and gently sautéed in olive oil in a flat greixonera until they are very soft. Four peeled and finely chopped ramellet are stirred in and cooked over a low heat for 20 minutes.

The leaves of a big bunch of watercress are added as well as salt and pepper to taste. Watercress is difficult to find in Palma but a bag of peppery lamb’s lettuce (canónigos) from Mercadona is a good substitute. Pull the clusters of lamb’s lettuce apart with your fingers and without breaking the leaves.

Finally the rice is added in the ratio of one volume of rice to four of water or stock.
Some poblers like to add little snippets of sobrasada to give the dish a bit of body and to add a richer flavour to the rice.

Other cooks include small pieces of pork spareribs, which are sautéed with the leeks and have to be cooked until tender before adding the rice.

Sa Pobla rice dishes are always highly seasoned because els poblers are very fond of hot spicy food. When a dish calls for black pepper, then a great deal is added.
They are also inclined to season all local dishes, not only those containing rice, with the small red chilis you see at market stalls and also with cayenne pepper.

If you haven’t visited Sa Pobla before, you should take the train so that you arrive a couple of hours before lunch, giving you time to wander round the town looking in shops, buying meat empanadas and cocarrois to take home, as well as a country loaf (pan pagès or pan moreno) for making pa amb oli.

And while you’re at it you should get a couple of kilos of ‘arròs de Sa Pobla’ from a grocery shop — it will always be somewhat less expensive than in Palma.