The week in tourism: Watch list, bookings and the Delta variant

So, can we now get back to something approximating normality? A week dominated by Spanish students, and the arrival of greenlisted (green watch-listed) British tourists went less heralded than it might have been - in the local Spanish press anyway. Page upon page was dedicated to tourists who would normally only get any attention because they’re keeping much of Arenal awake at night.

Barely noticed was the fact that share values of leading tourism companies on Spain’s stock exchange were falling - Aena, IAG, Meliá, they were all down. The reason was fears about new mobility restrictions because of the Delta variant.

Just as the EU formally unveiled its Digital COVID certificate, there were worries that travellers’ vaccination status wouldn’t be worth the QR code it had been embedded in. As for the UK’s NHS App, at least the EU was getting close to an agreement on mutual certificate recognition. But would this be of much use in the face of Delta?

Fernando Simón, director of the Centre for Coordination of Health Alerts and Emergencies, said that there was only around four per cent Delta presence in the whole of Spain. However, in certain regions it was much higher - up to 50% in Catalonia. In the Balearics, it was reported a few days ago to be 24%. Since then, the incidence rate has shot up.

Whether Delta or not, an increase in incidence of more than 100% in the space of a week or so is not good news. Small wonder the stock market was getting the jitters.
The Balearic government, one imagines, will be seeking to impress on Grant Shapps and relevant others in the UK that the rising incidence has principally been among the 16 to 29 age group.

Vaccination for this age group is getting under way, but the UK is likely to be alarmed anyway, not least because it was now able to export its own 16 to 29-year-olds, some of whom may well be heading for Magalluf, where the tourism of excesses decree and measures akin to last summer’s hang over Punta Ballena like the Sword of Damocles.

The German government meanwhile, and notwithstanding any demand that Spain bows to quarantining UK arrivals, was full of praise for how the Balearic government had been going about its Covid business. Michael Roth, minister of state for Europe, was in Palma for a meeting with President Armengol and others. The Balearic government has shown itself to be very responsible and has been acting in a very professional manner in adopting the necessary measures to deal with the virus.

As for the Spanish students, Roth was of the view that “there are irresponsible people everywhere”, without specifying that these might include some of his fellow countrypeople when in Playa de Palma. His greater concern was with the Delta variant; he was certainly not alone in this regard.

What was the German tourist view of the Balearic government and in particular the rise in incidence levels and the poor image conveyed by the students. According to one report, the brakes had been applied to German bookings for Mallorca and the Balearics.

Hotel chains were quoted, and remarkably - according to this report - they were all speaking exactly the same words: “We ask all administrations to act forcefully so that all health protocols are applied to all groups and visitors who arrive in Mallorca. What has happened must not be repeated.”

The Dingus travel data company in Palma was, however, offering a rather different perspective. At the end of June, German bookings were down 35% compared with earlier in the month. But this was attributed to the fact that travel measures were more stable and that rather than booking for immediate travel, German holidaymakers were taking a longer view with reservations shifting more to August. German tour operator Alltours has meanwhile reported short-term (immediate) bookings for Mallorca that are double the number in 2019.

British bookings, on the other hand, were largely for the upcoming thirty-day period and had increased enormously. The green list announcement meant that bookings went from between 150 and 300 per day to over 2,700 reservations per day; these were bookings according to hotels registered with Dingus and not for all UK travel.

While the cost of tests is clearly a deterrent to booking holidays, it isn’t deterring everyone by any means. And nor are prices of accommodation. According to the National Statistics Institute, the average daily rate for hotels in the Balearics in May was higher than in 2019 - 112.9 euros as opposed to 79.9 euros.

The Vozpópuli online newspaper, which specialises in economic and financial information, has reported an average daily rate for June of 117.9 euros; in 2019 it was 99.8 euros.

Putting prices up - well there’s a sign that normality is returning.

A new tourism minister for Spain?

The press has been abuzz over recent days with speculation that Pedro Sánchez plans a government reshuffle and that this will be before everyone goes off on their holidays in August.

Central to this speculation is Reyes Maroto, minister for tourism (and trade and industry). It is being said that she is being lined up to have a pop at becoming the president of the Madrid region at the election in 2023. Although Isabel Ayuso of the PP secured victory at the recent election, this was a snap election that she herself called; the natural term of government (four years) has to be observed by staging an election in 2023. 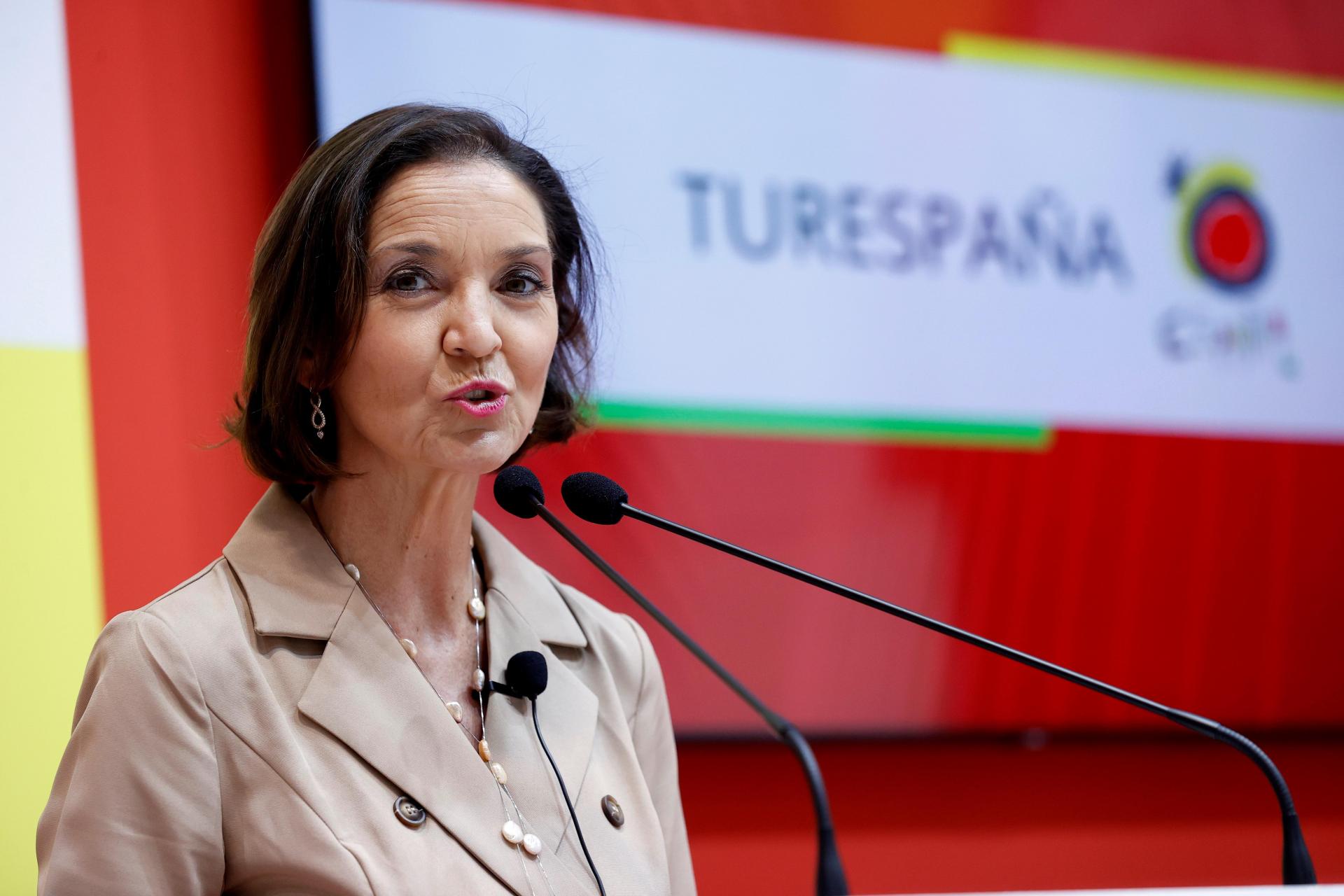 Maroto would apparently need getting on for two years to prepare for this election. Or perhaps Sánchez simply needs a new face, with added speculation concerning a realignment of portfolios. Tourism, so one suggestion goes, may be combined with transport, which is currently lumped in with the ‘urban agenda’ (housing to you and me). As tourism will never be a ministry all on its own, despite tourism industry demands that it should be, transport would make a far more sensible partner than at present, which is probably why it won’t happen.

Whatever the fate of Maroto and the positioning of tourism in the government firmament, greater clout within government needs to be given to tourism. Its importance has all too often not been reflected by the status around the cabinet table.