It is snowing in Mallorca

Temperatures fall sharply to near freezing

As forecast, it has snowed in the Tramuntana mountains. As temperatures plummeted over night, a dusting of snow fell on the Puig Major. 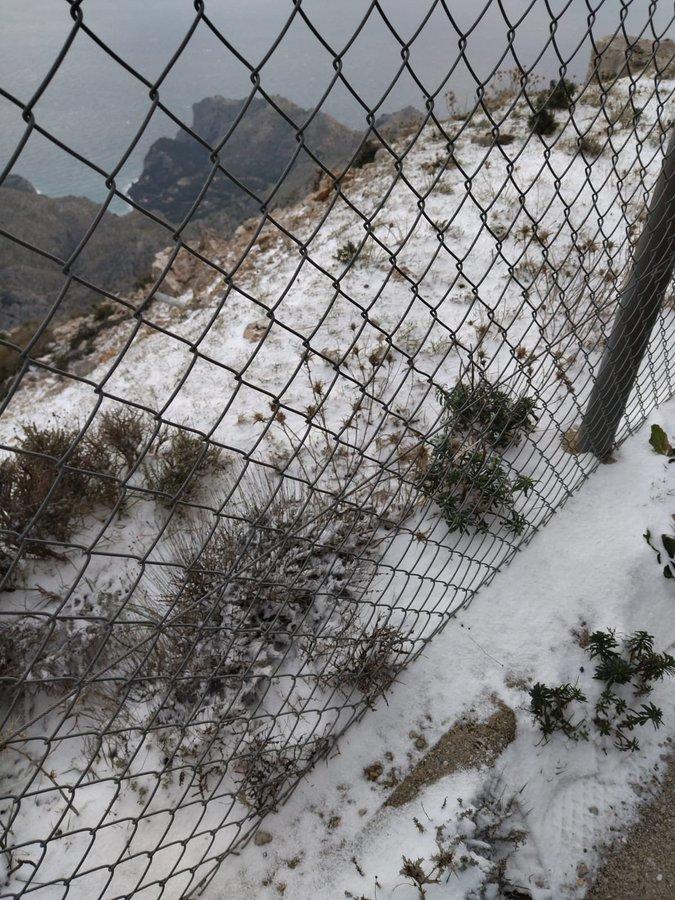 The snow line is around 700 metres but it will begin to rise from tomorrow (Thursday) afternoon.
But, it is going to remain bitterly cold.

In the early hours of this morning, minimum temperatures of 2ºC were recorded in the Serra d’Alfàbia; 3ºC in Escorca; 4ºC in Son Torrella and 6ºC degrees in Son Servera, Artà and Manacor. In terms of rainfall, 13 l/m2 were recorded in Palma, 10 l/m2 in Son Bonet and eight l/m2 in Binissalem.

Palma hit by the eye of the storm, now the rain and snow

A series of blocking lows over north-west Europe pushed the jet stream south from Monday, where it is now sitting above Spain which is causing the very windy conditions across the country, such as the Balearics.