Can Nofre: When nostalgia is served on a plate

For those who are fond of Mallorcan cooking, a visit to this restaurant is always a huge delight

There was a group of restaurants in Palma in the 1960s and 70s that I called the Seven Magnificents because they did absolutely splendid versions of authentic Mallorcan recipes.

The seven were Café Balear, Can Eduardo, Can Nofre, Celler Pagès, Can Tomeu (which later became Parlament), El Tritón and El Túnel. Two of these, Can Eduardo and El Túnel, still exist but they have changed so much, both structurally and in the kind of food they serve and are no longer run by the original family, that they can no longer be considered as members of the group. 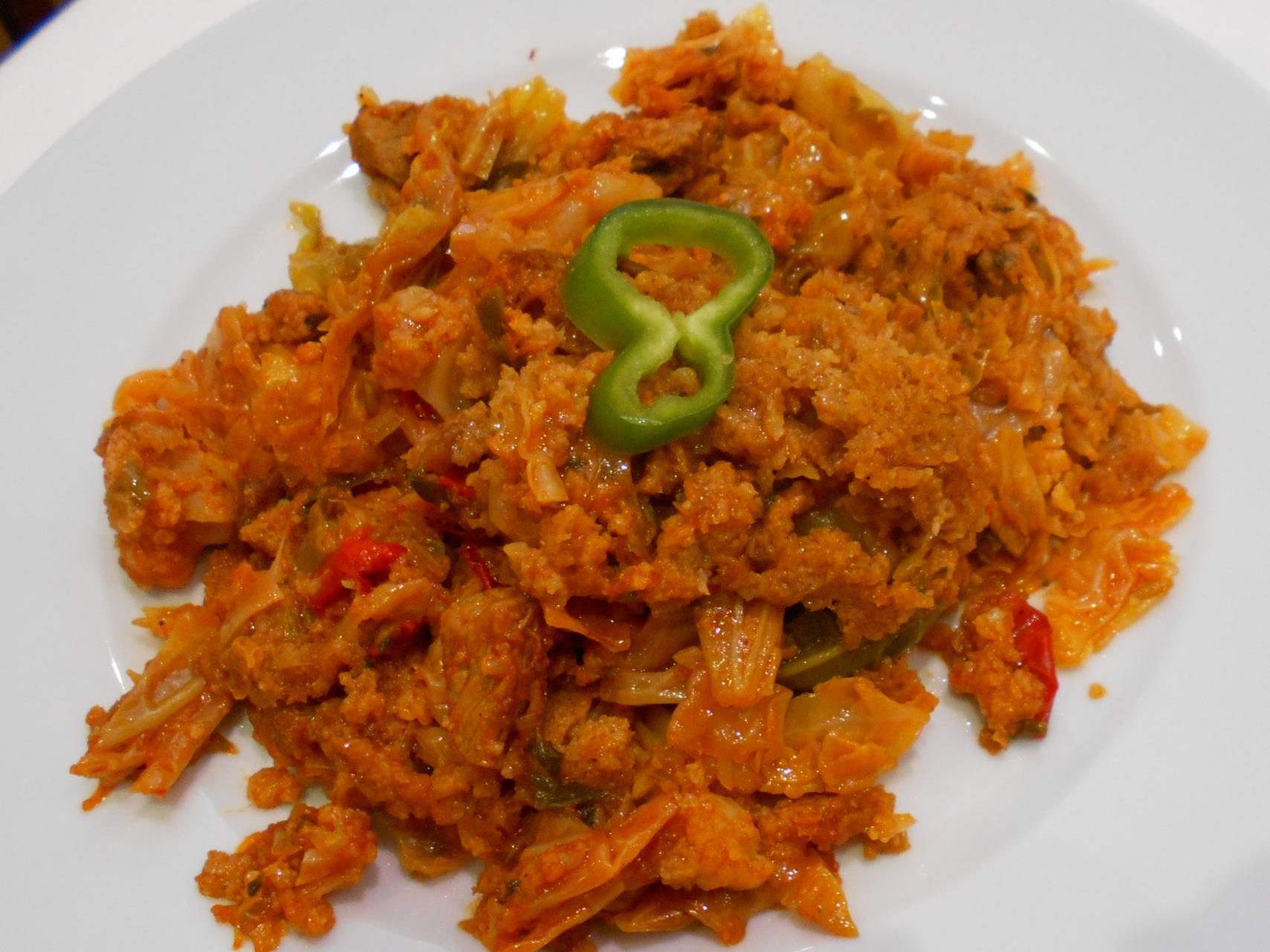 But another two, Can Nofre and Celler Pagès, are still where they’ve always been, haven’t undergone any physical changes, and are still run by the families that opened them all those years ago. Each one had its own specialities, dishes they did better than the others. In one it was rice dishes (Can Tomeu), mero a la mallorquina (Can Eduardo), tongue with capers and tarta de requesón (Can Nofre), roast suckling pig (Café Balear), beef stews (El Túnel) and sopes mallorquines and tumbet (Celler Pagès).

At that time El Tritón was famous for its wild boar fillets, but many years later I discovered they used ordinary pork fillets that had undergone a five-day marinade, thus giving them the texture and taste of wild boar. That way of doing pork, however, worked very nicely and those pork fillets, slowly cooked in the red wine marinade, were delicious. I always ordered one when I ate there. 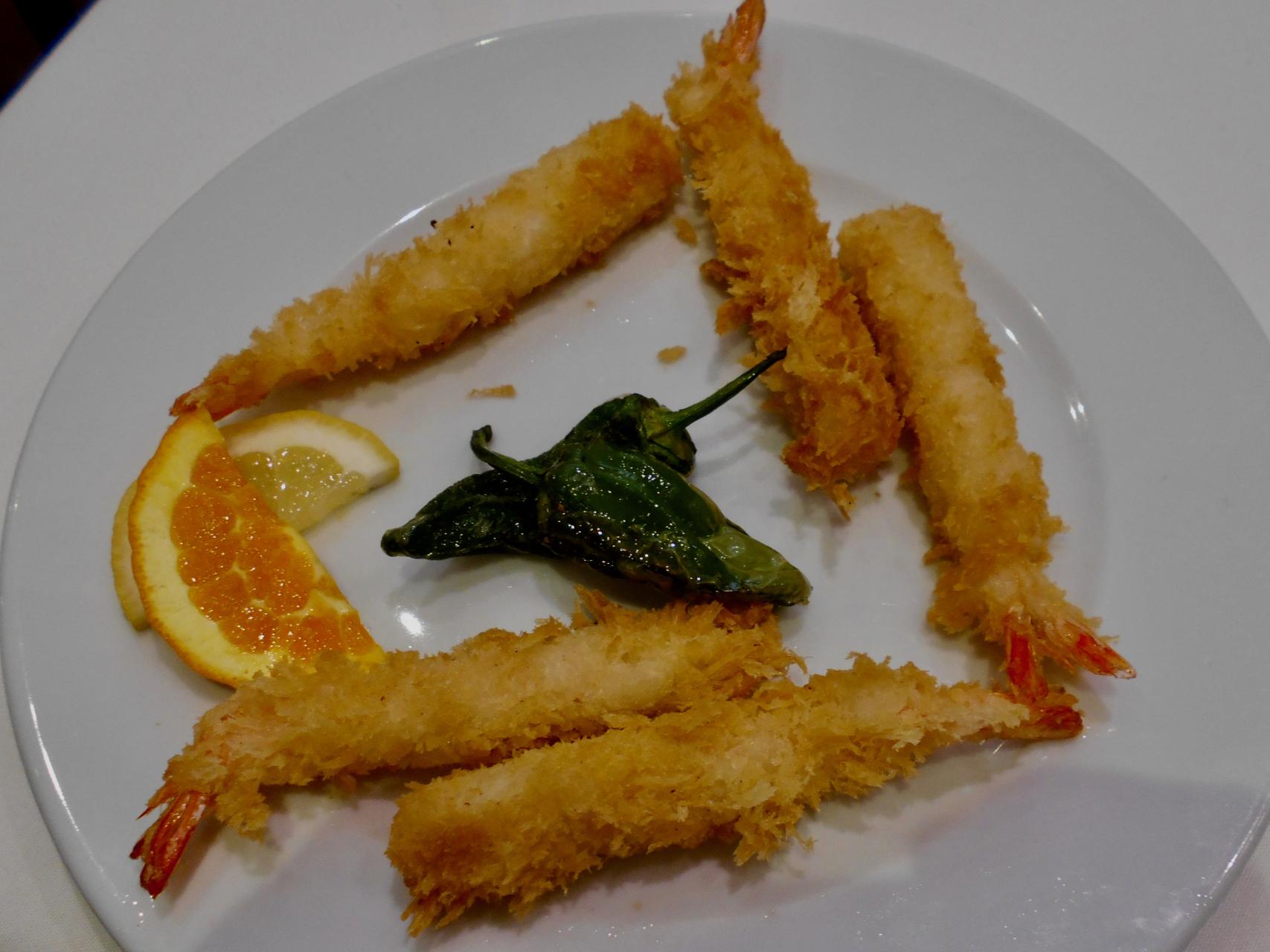 Last week I had a sudden yen for something genuinely Mallorcan so I went to Can Nofre where they have a menú del día that usually includes three or four local dishes. The menú costs €18 and is unusual in that the price does not include VAT. That means another 10 per cent has to be added to the cost, making it a €19.80 menú del día. That price, however, includes a nibble of a coca de verdura with a sweet pastry, black and green olives as well as slices of two very good breads with a spongy crumb.
We were lucky because we had five Mallorcan specials and a sixth that was a splendid example of shellfish cooking usually associated with Andalucia. 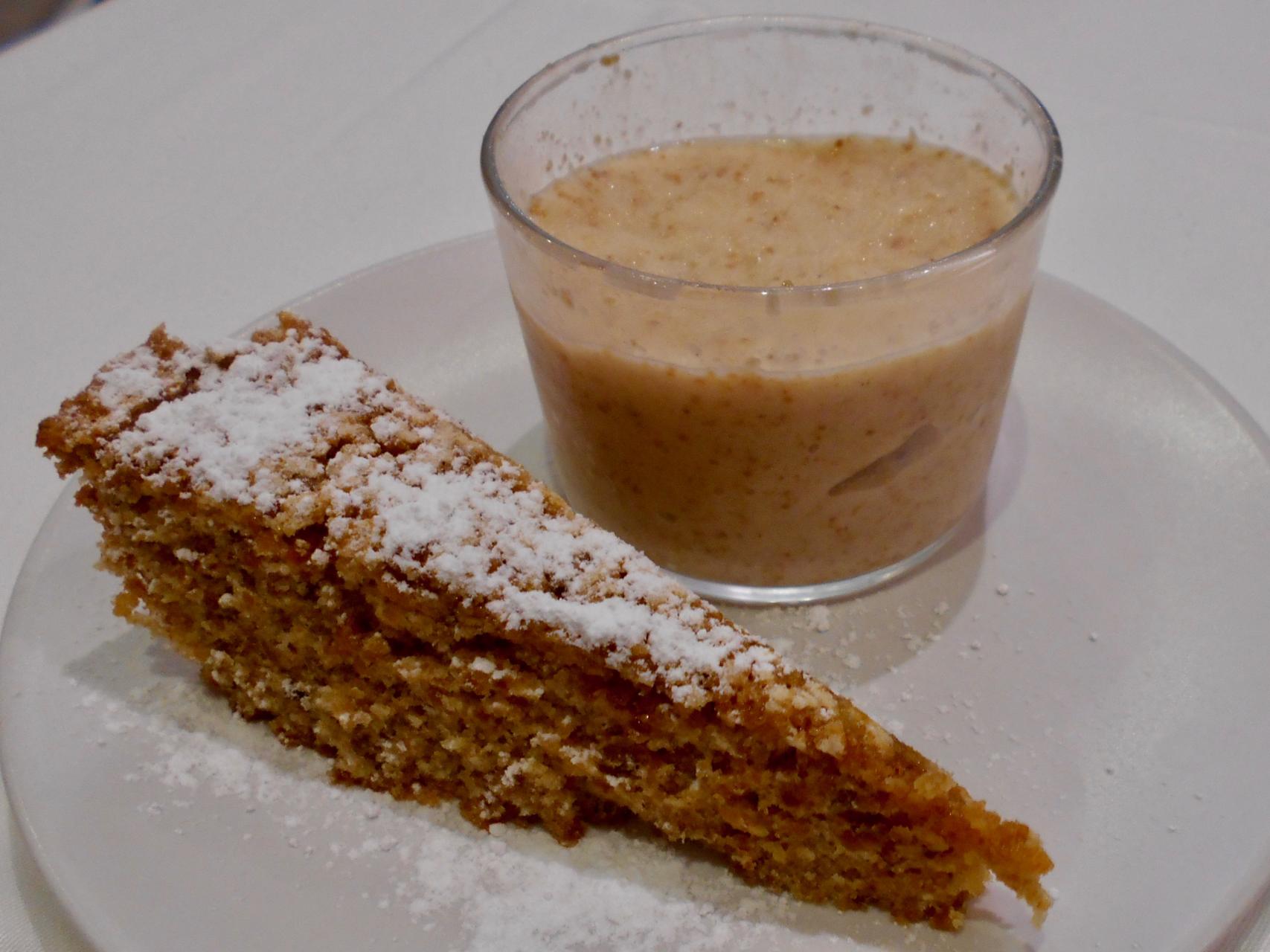 The five Mallorcan dishes were sopes mallorquines, bacalao a la mallorquina, beef stew with potatoes, tarta de requesón and gató with almond ice cream. I was especially fortunate because I was hoping they’d have either tongue with capers (a dish you don’t see very often in Palma) or beef stew, so I got one of my two favourites as a mains. 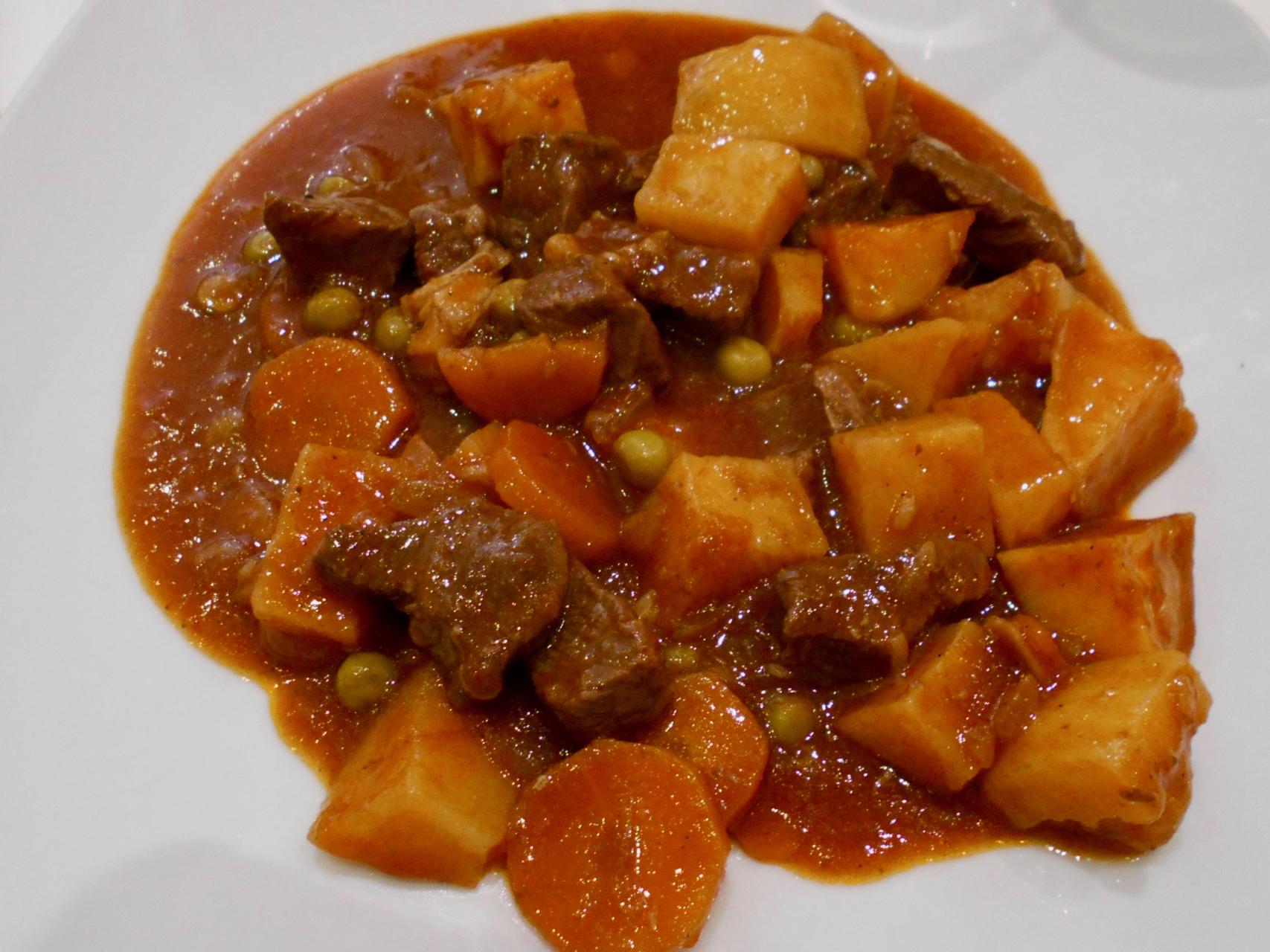 When the plate of beef stew with potatoes was put on the table I was immediately transposed back to the 1960s — at that moment I could have been in the dining room of any of the Seven Magnificents.
The meat was very tender but it had a good knife-cutting consistency. It wasn’t overcooked and stringy as can happen in other restaurants. 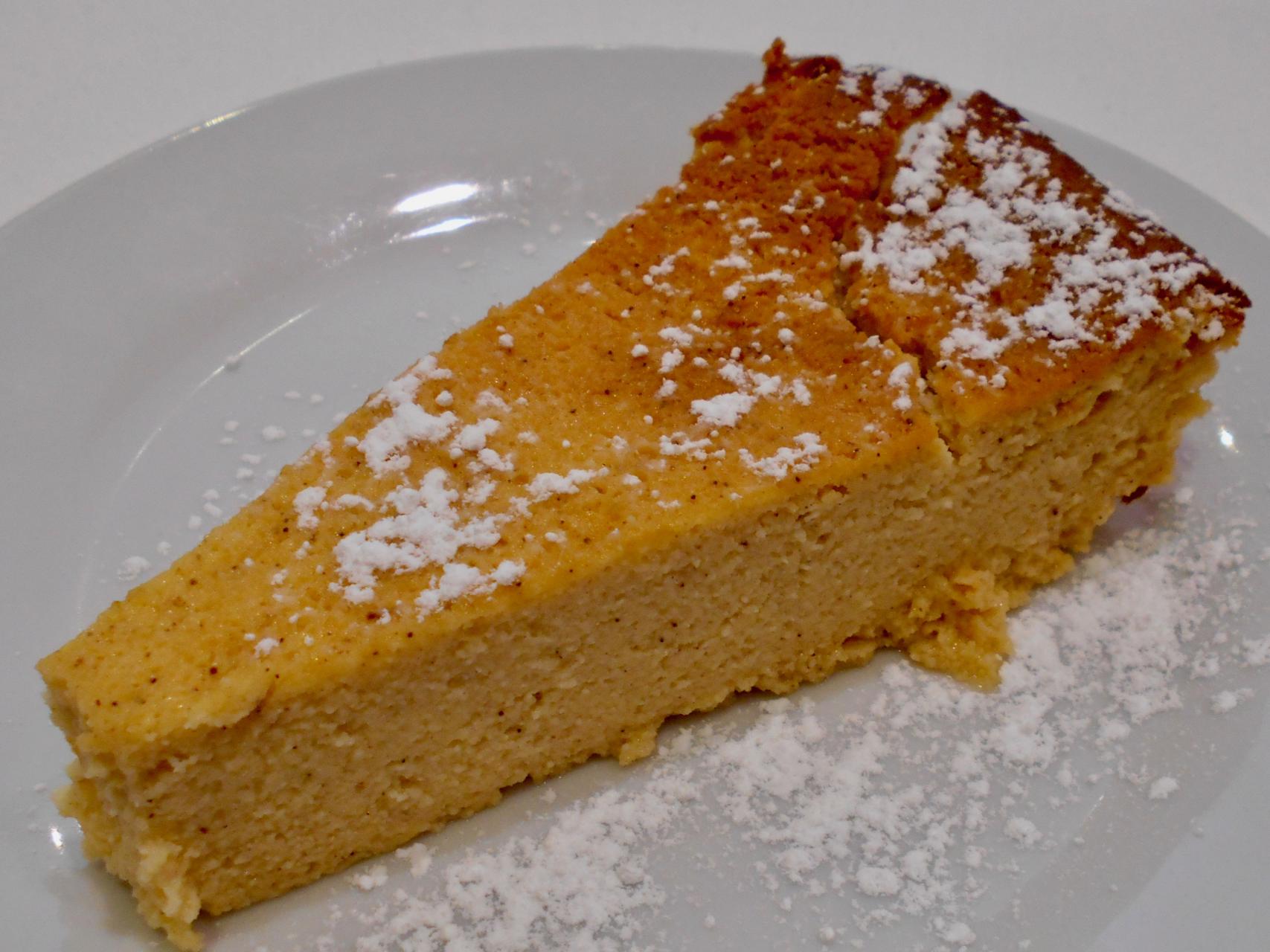 The silky wine-infused sauce was bursting with flavour and I did as I always do when a sauce is as delicious as this: used the soft spongy bread to mop up the last drop of sauce. This dish was on its way to a 10 rating but the potatoes weren’t in the same class as the meat and I had to take off some decimal fractions.

Restaurante Can Nofre, Calle Manacor 27, Palma. Tel:971-462359. Closed on Sundays. On Saturdays they do a special menu that costs €21, also without VAT. This is the kind of place that can fill up on any day of the week, so you should reserve a table.

Can Nofre is more or less as it was some 70 years ago. The dimensions of the dining room are exactly the same except that the large table with the desserts has gone (the health authorities no longer allow that kind of uncovered display) and a couple of tables for customers have taken its place. The paintings on the walls are by well known local artists and some are worth a close look. For those of us who are fond of Mallorcan cooking, a visit to Can Nofre is always a huge delight because cooking standards are so high — they have to be because most of the customers are Mallorquín and they know how local dishes should be cooked. In other words you won’t go wrong if you order Mallorcan dishes. My estofado de ternera con patatas, a beef stew with potatoes, was excellent and I mopped up every drop of sauce with their delicious spongy bread. The langostinos were breadcrumbed and deep-fried and were perfect in every way, which is why I gave them a 10 rating. My tarta de requesón, Mallorca’s traditional cheesecake, was also worth a 10. The friend I was with was highly pleased with his sopes mallorquines, bacalao a la mallorquina and the gató with almond ice cream.