We wake up each day to a new reality with no events or gatherings to look forward to. The children went to school on Friday and then came home with the contents of their desks and many extra books.

I would have hated to weigh their school bags. The instructions for my 10-year-old granddaughter was that she should work at home between 9 am and 2pm. This is the normal school day and access by Skype or FaceTime would be available to talk to the teacher.

She was very circumspect about it and was enjoying getting herself organised to do this. Her 16-year-old sister on the cusp of taking her GCSE’s had similar instructions. The exam feature for all this has added a new dimension to her instructions.

The fact of being able to communicate in one form or another with the teachers is the saving factor. I suppose in outback Australia and remote areas of the world this is how education has always been.

Soller slipped into a ghost town on Saturday morning market times. People were still sharing chatter and coffee and some were criticised them for doing that. I did a normal supermarket shop on Friday which had all changed by Saturday. New rules had come into being for the safe distance between shoppers. The queue was outside the door and people were allowed in on a one out, one in, basis. The security at the door organising this was unnerving to see. 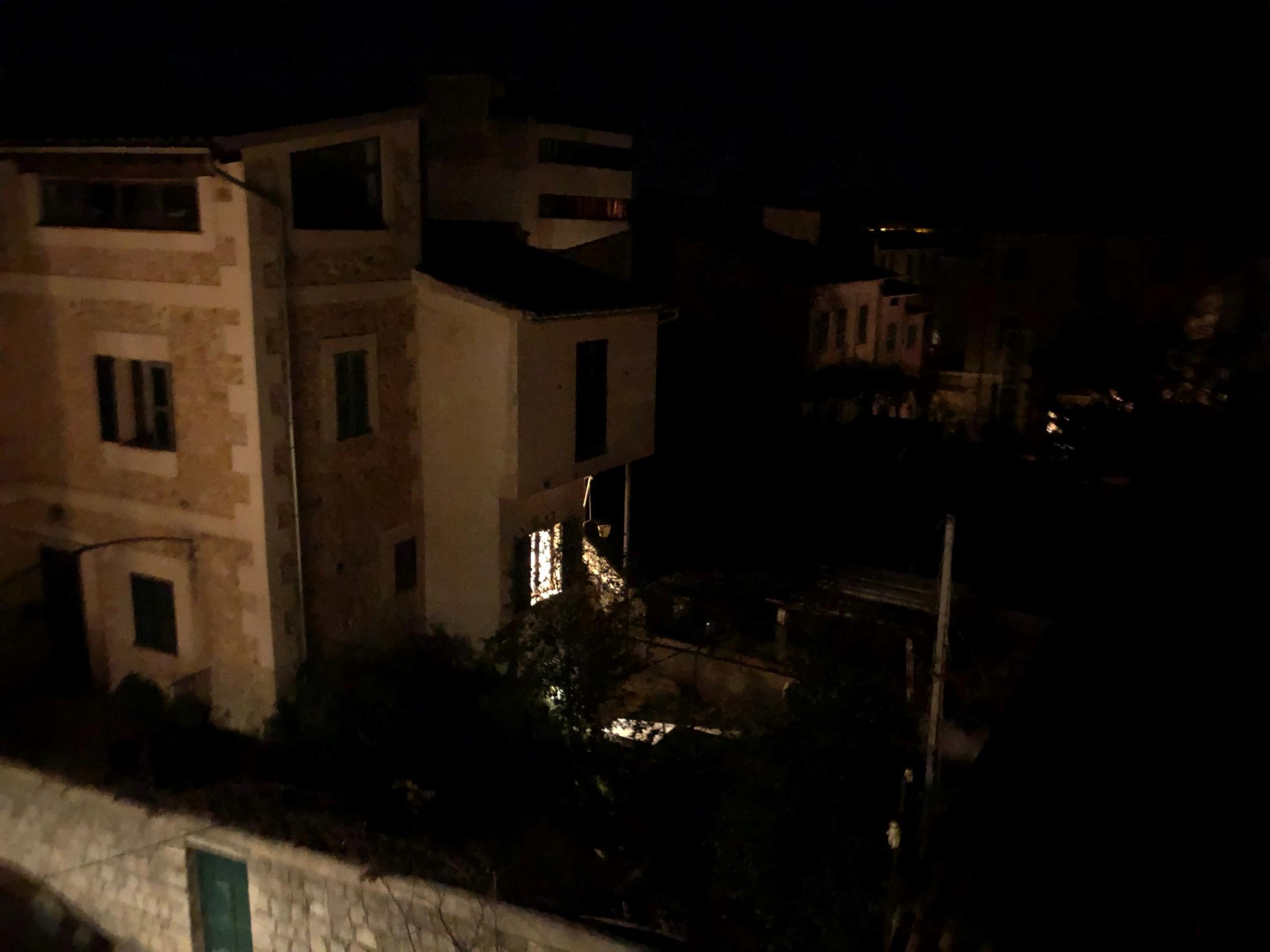 Soller has turned in to a ghost town.

Meanwhile down at the beach on Saturday morning a few people were walking by the sea enjoying the fresh air and sunshine. They had plenty of room between them. They were also joined by cyclists on holiday here taking their coffee stop. Social media burst into life about this a bit later.

There are many here who think we are under house arrest and shouldn’t be doing any normal things. Restaurants in Puerto Soller began issuing notices saying that it was their responsibility to close for the 15 days of close down. Others responded by creating a fabulous menu take away service to the delight of those normally not able to get into their fine restaurants. Saturday night was full of deliveries to the doors (but not into the hands) of the recipients.

The news for many of us on Saturday was dominated by Jet 2 turning its planes in mid air back to the UK. So many of us had friends arriving on those flights who have houses here. They were trying to get home before the lock down began. Now they are in the UK trying to find another way or airline to bring them. The prices have gone sky high on those flights and most people are very fed up.

Once people get over the immediate practicalities they go into meltdown about cash.

So many jobs cannot be done on a computer from home in Majorca. Hospitality and catering skills are all out there, front facing. If the clients can’t arrive they have no work and no income. ‘How are we going to eat?’ was a very common question this weekend. The donations to food banks almost dried up this weekend as so many were over buying because they feared shortages.

A voice of calm and reason was what we were looking for as the rules for the next two weeks came in.

There was no local resistance we just have to go with what we are being told for now. The concept of having the army on the streets asking us if our journey was really necessary was science fiction but our reality in 2020. I wish I could tell you that we were starting our special Orange Festival with its two weeks of citrus menus on Saturday. I am afraid I can’t as it has been cancelled and joins all the other events we were looking forward to.

We already know that the Easter Parades have been cancelled which is a real shock in this area where they are so important. A new dawn now, one that comes from people who have time to concentrate on their families and their houses. Spring cleaning will be a feature of the next two weeks both as virus killers and good housekeeping. Can’t think when I last saw my apron but maybe I will put it on occasionally and look as though I am busy with the cleaning.