Humans of Majorca have lived in many places during the pandemic lockdown. If they were very fortunate it was in a house with outside space and plenty of room for all occupants. The not so fortunate, spent weeks in apartments with no outside space and small children. The homeless were found hostel spaces and were required to live in them. This group is said to have survived the experience exceptionally well and are now being moved on into smaller hostels all over Majorca. The Tramuntana mountains had many who had retreated to their mountain homes before lockdown began and lived a hermit life. They have only only recently emerged, blinking, into the towns and cities.

For some the experience was idyllic as they connected with their families, sorted the garden, decorated and decluttered. My interest this week was centred on a group of people of the sea with different tales to tell. Around the Mediterranean many people live full time on their boats. Some moor at Marinas’ which become their villages. Others are constantly on the move and in some cases, either by accident or design, are cut off from the rest of the world and its doings.

Puerto Soller bay was empty during lockdown apart from those tied up at the Marina. Any boat coming into the water was immediately in the orbit of the harbour staff who sailed alongside to ask what they were doing. It was as if they had a tannoy shouting ’Where are you heading, don’t you know there’s a war on?’ In some case the sailors had no idea that the world had locked down and they should not be sailing our beautiful ocean. A full interview was conducted and some were allowed to proceed with their journey after refuelling and stocking up. The term ‘Force Majeure’ was often used to discuss sailing matters because it could be said that they behaved as a reaction to the occurrence of an event which was outside the reasonable control of the sailor. Ignorance was only bliss once and as the sailors were sent on their way the eyes of the maritime world were on them. 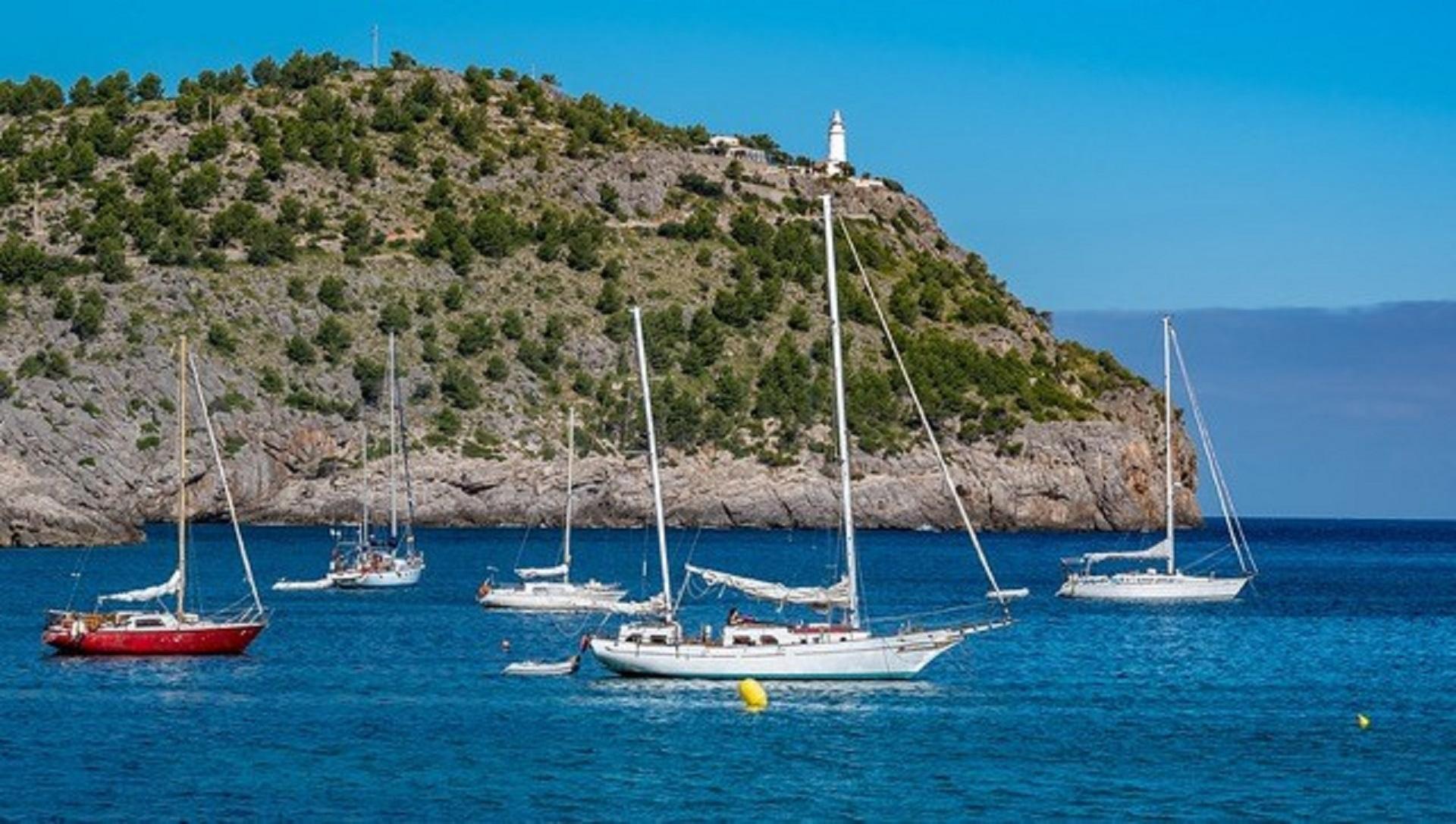 The stories that took my attention were those where the boat became the prison and, life for all onboard, had to be conducted in a 24 hour confined space. Appendicitis was the first story of one family parked in the middle of the bay. Full emergency time for that crew and the occasion when 2 paracetamol from Dr Google was not going to work. The sea going community all watched out for the boats and their occupants. This worked until a storm came or children were going stir crazy, then they could only watch in pity and support. The sailors learn isolation lessons when they have sailed the world a few times but not having a choice to get off was a new one for most of them.

The sea begins to unlock now and decisions are being made. I met with one family who had decided that this was all one experience too many. The family were considering all options including going to live amongst the yachties in Alaro and using their boat in a different way. Their feeling was that in the next twelve months a lockdown could happen again anywhere in the world. Some others of the group saw this as the great challenge and they would respond to wherever the boat took them with whatever lockdown was in place.

The shock of the past few months is easing as the people can now get off their floating homes and enter into ‘normal’ life again. Many conversations centred on the depression and worry for many as they lived their lives bobbing up and down on the sea. The Marina berthing works in some bays but in others there is a permanent problem of disturbed sleep. So many reported the first thing they did was get an appointment with the Doctor to talk about anti depressant medication.

My snapshot into the life of those living on boats is a small one. I am sure conversations among the general population living in houses and flats would be similar. There is just something about the enormity of living on the sea while the world around goes mad which seems harder to take. The lesson here is that all of us, whatever our lockdown experience will need time to adjust to this next phase.

Some are embracing change and are out every day. Others still haven’t left their home or boat as they are very nervous. No blueprint for all this as it is currently an individual choice. The main change for all will come when it is time to go back to work or to sea for an owner. The adjustments are only just beginning…