Another brick in the wall…

The world as we know it is in freefall. Did you know that someone made a decision to replace the gap in the road safety barrier with an imitation wall? I am talking of the road leading from Soller to its tunnel heading for Palma. An accident crashed the barrier some time ago and we have been on the works list ever since. Fourteen days of temporary traffic lights were announced and the work began last Monday. Machinery, earth movers and lots of workers greeted us and it all began. The work continued for four days and then the ‘Powers that Be’ in Soller arrived to take a look. To say they were not happy is the understatement of 2021. The ugly metal barriers change at this point to being an old stone wall. The architects of today decided to continue the wall with an imitation dry stone one. Looks pristine, clean and undoubtedly fake. On the other side of the Tunnel we have miles of beautiful, authentic dry stone walling which is a pleasure to the eye. Our new barrier wall did not even come into a minor league in comparison.

Hissy fits and political hype has taken over and I don’t know what is going to happen to the works now apart from talking about them. The reasonable amongst us question whether the Soller side actually approved the plans and are just covering their embarrassment with hyperbole. Others are asking what the fuss is about, as surely even this wall is better than a metal barrier? Then more are saying that his is not in keeping with us being in the centre of the Unesco site celebrating man’s achievements working with nature. It is this last point that really gets the chatterers. Unesco celebrate the craft of dry stone walling in the area and even run courses. Were they consulted when a bit of fake wall was brought out for inspection? This story will make the papers for sometime to come, that’s for sure. Whether the workmen turn up this week to continue remains to be seen. 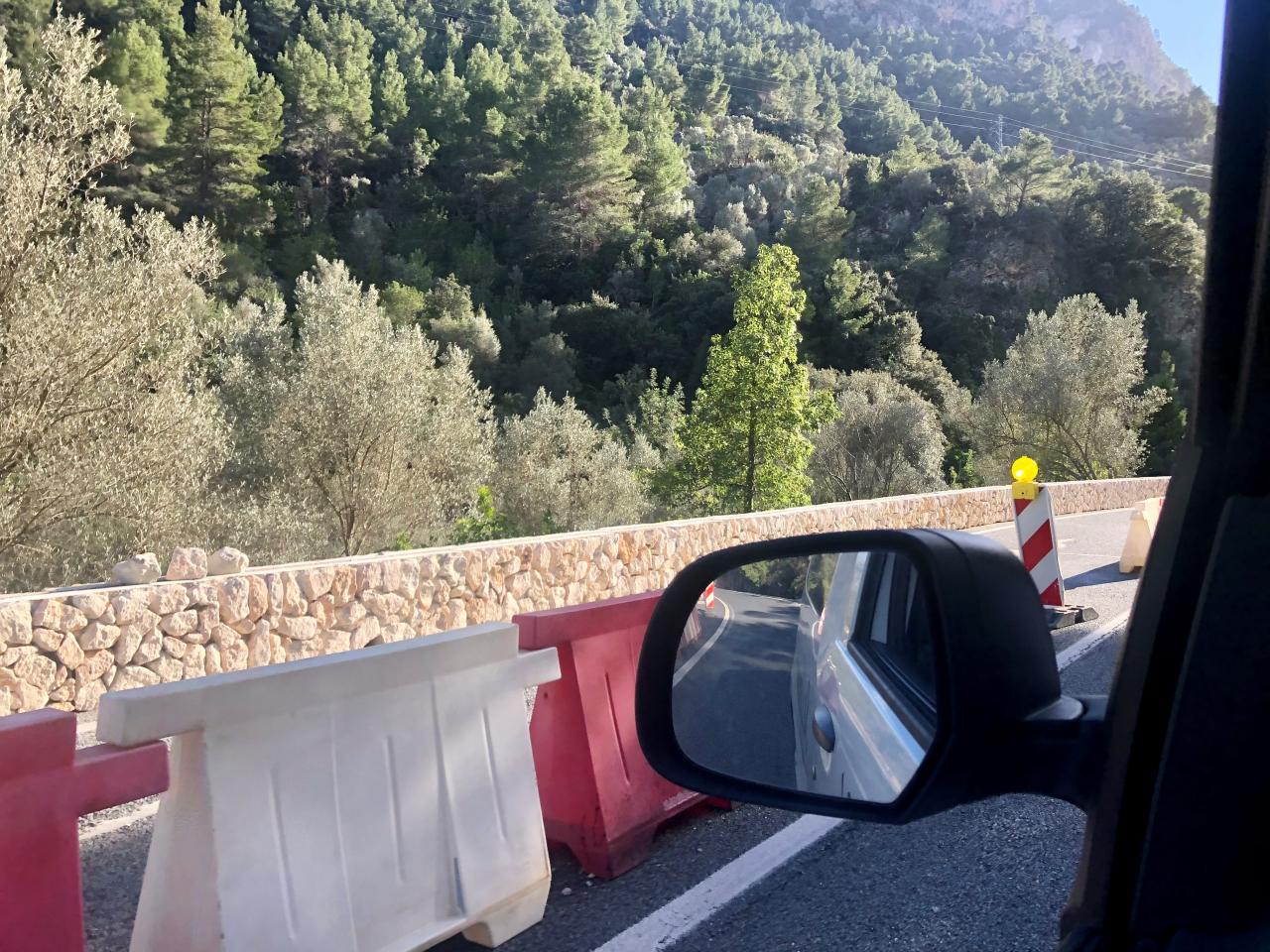 Meanwhile the real worry in Soller is the Covid numbers. A Centre for young people with learning difficulties was the cause of a recent spike in infections. The Health Centre are currently reporting 12 to 15 new case a day, directly linked to this spike. We are all concerned with this, as everyone knows someone who is affected, even if they have no symptoms. The delay to the vaccines is well catalogued but we all wish it were different. This vulnerable group were due to get their vaccines a week after they became infected.

The Soller population who are not working are looking for things to fill their time, in common with many all over the island. Walking and in particular mountain walks have become the hobby of the year. At weekends people flock to this area to use the Route 221 in all its glory. That is no longer good enough for the Soller hard walkers. They are walking out their own original peak walks and scaling higher than they have ever done before. Seven hour walks are now not unheard of. These are all being done by experienced walkers with all their preparations done in advance. They never walk at weekends as the mountains are too busy for them. I am sure a new book of extreme walks will be published soon. Another indirect benefit of the Pandemic. 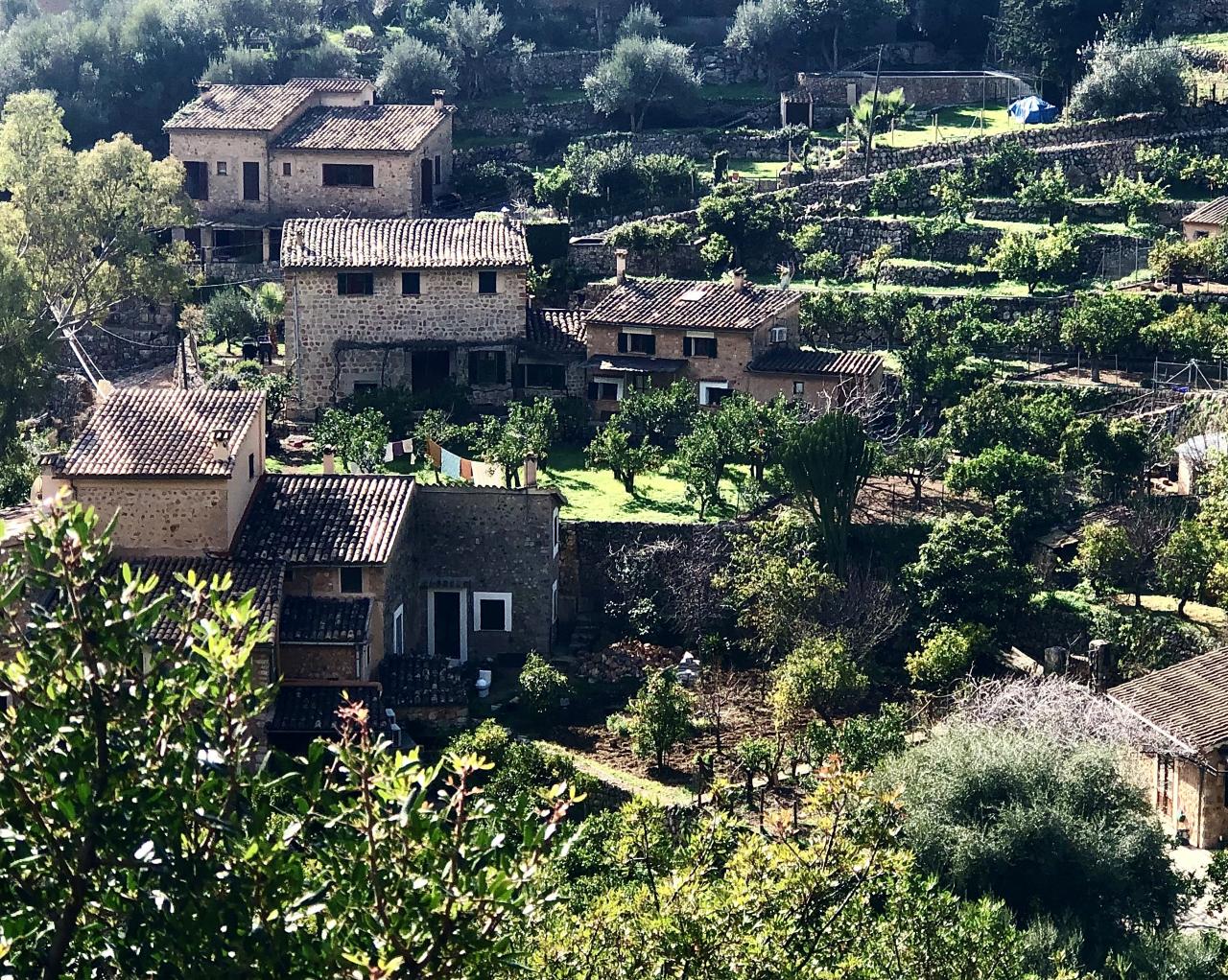 Walking has parked a great debate on whether it is actually fun to do. So much time is spent looking at the ground to make sure your feet are in the right place. The effort of the climb and the total number of steps in a session is fine for the exercise gurus but is it fun? The simple answer, from the people asked, is that the actual walk can be fun if you can walk and talk at the same time. The hard bits are just hard but the main satisfaction is gained by arriving at where you set out to go. The views are amazing and the feeling of being on top of the world is euphoric. The Pandemic Walks will go down in history and be a reminder of the year when even the mountains gave up their best to the walkers.