Crespells are thickish shortcrust biscuits that were originally star-shaped

Last Sunday was Mothering Sunday in England, one of the significant days in the run-up to Easter Week. Mothering Sunday, which many people nowadays call simply Mother’s Day, has always been held on the fourth Sunday in Lent.

In their original versions both were celebrating different events. In the Christian festival, ‘mothering’ referred to the ‘mother’ church where worshippers returned once year during Lent. This led to family reunions at which little presents were often exchanged.

In the bad old days, girls and boys as young as 10 started to work downstairs in stately homes and on Mothering Sunday they had the day off so they could visit their family.

About 400 years ago, a good percentage of the population lived in small villages all over the country and the day with the family included mass at the nearest big church, or ‘mother’ church. Sometimes it was a cathedral if there was one nearby.

What we now know as Mother’s Day was started in America in 1872 by Julia Ward Howe, the writer of The Battle Hymn of the Republic. She suggested it as a day dedicated to peace.

Even earlier than that, Anna Reeves Jarvis organised Mothers’ Work Days as part of a campaign to improve sanitary conditions during the Civil War.
Her daughter, also called Anna, continued her work and set up Mother’s Day on a national scale.

As Britain already had Mothering Sunday, that day was also called Mother’s Day. But it remained on the fourth Sunday in Lent, and so became a moveable feast whose date depends on when Easter falls.

When young girls were in service some 400 years ago, they traditionally made a simnel cake and took it as a gift for their mother when they visited the family on the fourth Sunday of Lent.

But with the passing of time the simnel cake became less and less associated with Mothering Sunday and more part of Easter Week. People who nowadays make or buy simnel cakes, do so for Easter Sunday or Easter Monday.

The simnel is a rich spicy frit cake with almond paste baked through the centre and more almond paste on top — plus 11 marzipan balls that represent the Apostles minus Judas.

It’s a labour-intensive concoction that could have been created by the 16th century’s equivalent of a Michelin star chef, and I don’t think many readers will want to be bothered making one for Easter.

Those who are interested in a homemade simnel for April 4 or 5 probably already have a recipe and if not there must be dozens of them on Google. You should be able to find commercial versions at Nice Price and other outlets east and west of Palma and in the north.

One of the nice things about Easter in Mallorca is that for those with normal jobs it always means a five-day break: Maundy Thursday to Easter Monday. For the rest of Spain (except Catalonia) Easter Monday is not a holiday.

But that excludes those in essential jobs such as policemen, firefighters, doctors, nurses, supermarket workers, hotel and restaurant staff, barmen and many others. However, even for those who are on duty some of the time, Easter is a nice break from the usual routine.

And for everyone, Easter brings a gastronomic feast with savoury and sweet pastries that are easy to make or can be bought in at reasonable prices. This is true of robiols and crespells, sweet pastries on sale at all times but which are traditional part of Easter. 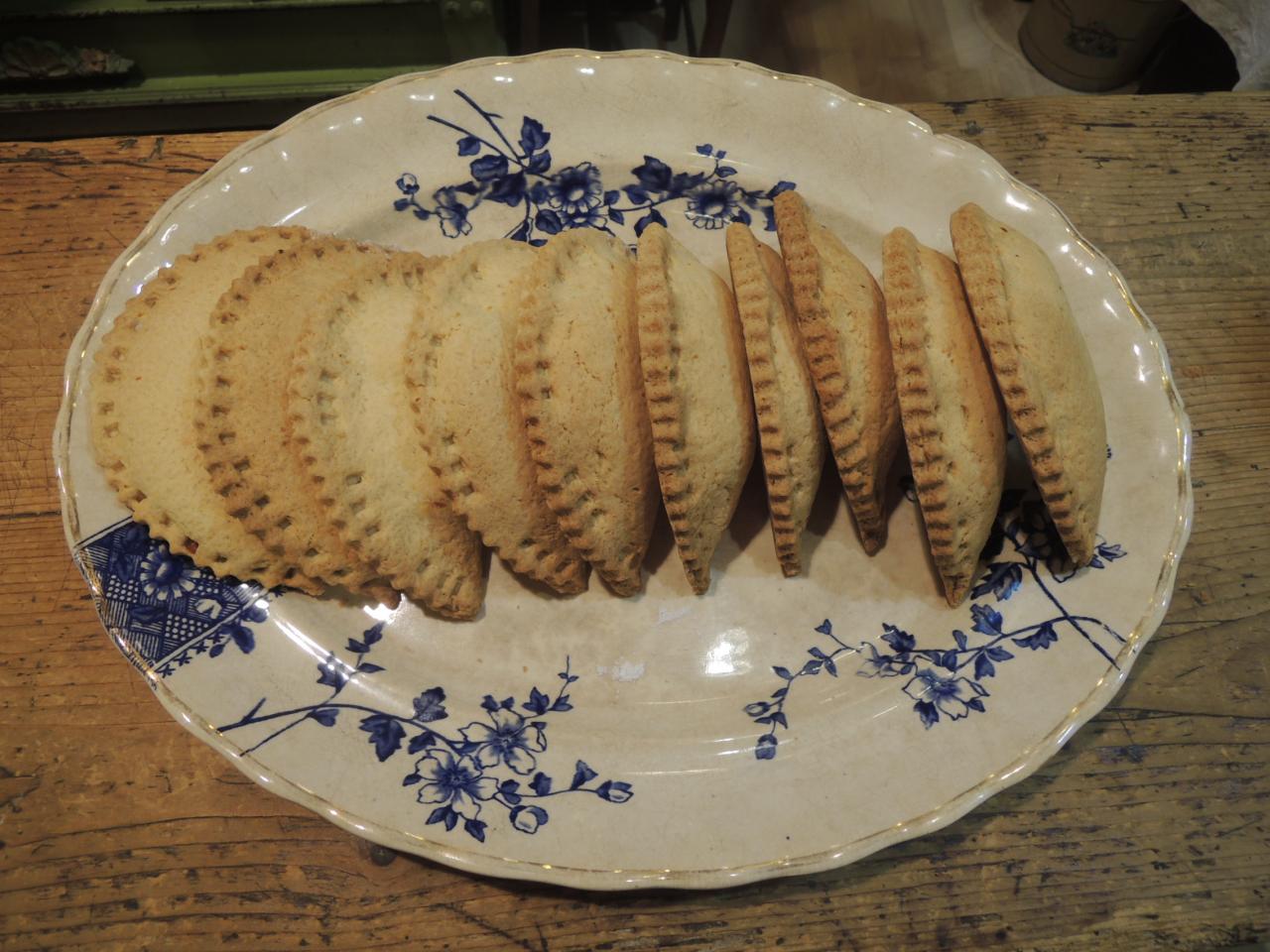 Crespells are thickish shortcrust biscuits that were originally star-shaped — the word means star in Mallorquín. They date from the 14th century and were almost certainly of Jewish origin: the original shape was the Star of David.

Nowadays they come in wide variety of shapes. Apart from stars they can be in the form of hearts, crescents and diamonds. As a special treat for children, some are in the shape of fish or animals. The bear is a popular one.

Crespells are on sale at all bakeries, pastry shops and supermarkets, but they are easily made and in many Mallorcan homes the children bake their own…once the mothers have made the dough.

They are fun biscuits to make and children love rolling out the dough and then cutting into it with the animal-shaped moulds. You can buy these moulds at most hardware shops and some of the bigger supermarkets. They are always available on the fifth floor of El Corte Inglés in the Avenidas.

The robiol is a crescent-shaped turnover that can be filled with jam (apricot is the most popular one), thick custard, a sweet fresh cheese mixture (requesón) or a very thick pumpkin jam called cabello de ángel, which means angel’s hair. It gets that name because pumpkin naturally breaks down into thin threads when boiled. 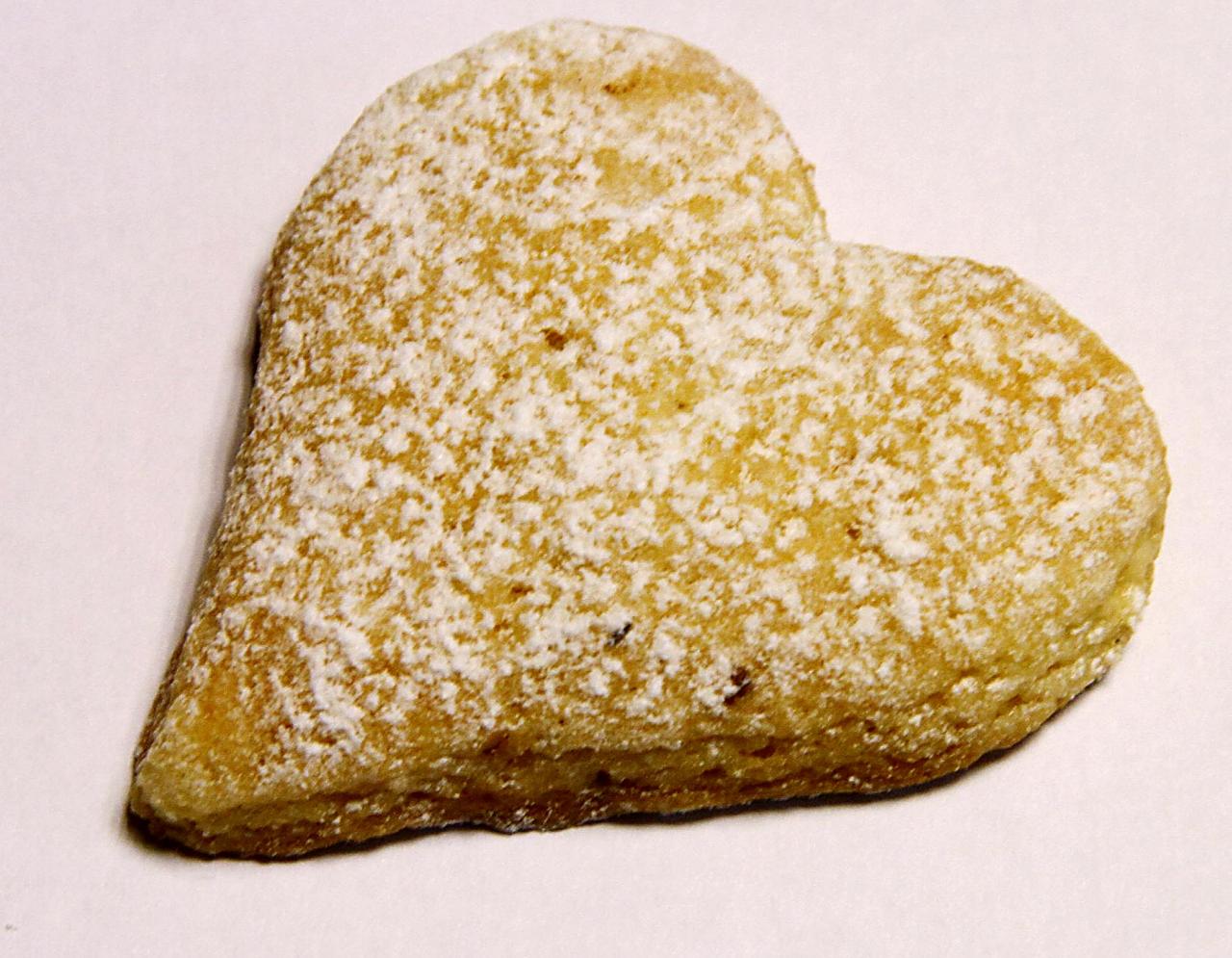 The supermarkets I frequent already have special displays of everything needed for the baking of sweet Easter pastries as well as the savoury meat pies called empanadas.
There are even piles of bags containing the special flour needed for these pastries.

And as the dough is made with lard you’ll see stacks of packeted Mallorcan lard on display. My nearest Eroski has containers filled with cabello de ángel, jars of Mallorcan apricot jam, and in the refrigerated units there’s a good supply of requesón, the Mallorcan fresh cheese that is needed for one of the fillings for robiols. 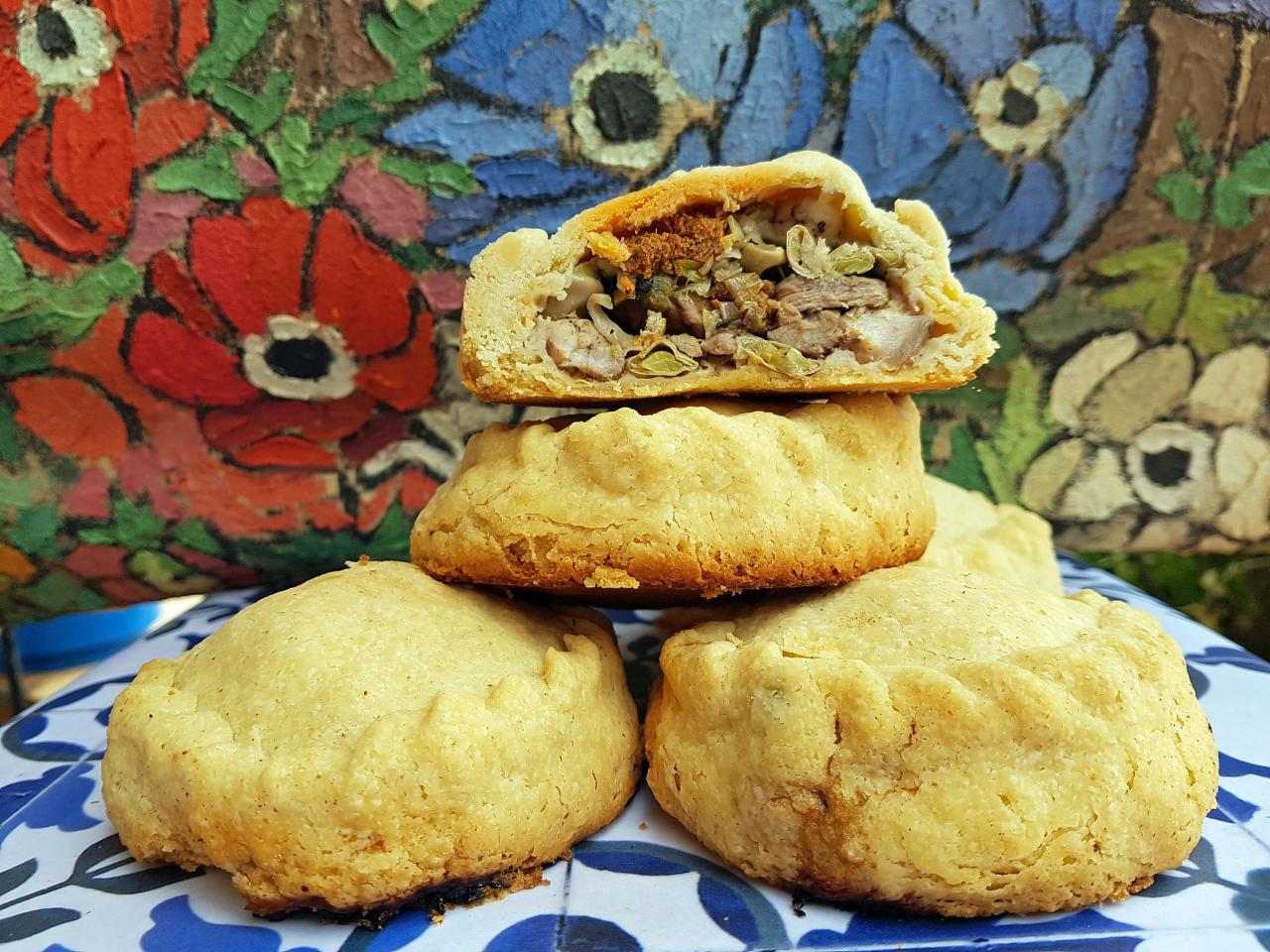 Everything is geared to make it as easy as possible for those who still make their Easter pastries. The traditional Easter bake-in has always been a family affair with as many as a dozen or more of the group meeting in one home to do the mixing and the baking.

That didn’t happen last year because of lockdown and it’s not on the cards this year because anti-covid restrictions on family reunions.

But Easter pastry treats will be made all over the island and they’ll get distributed among family members. It won’t be as much fun as in the past, but it’s better than nothing…and next year everything should be back to normal.

The egg doesn’t have much of a role to play in the traditional celebration of Easter in Spain. One of the few Spanish pastries with an egg motif is the hornazo, which is found in Guadalajara and other parts of the mainland. It is a sponge-like pastry with hard-boiled eggs implanted in the centre.

On the mainland you find festive ring-shaped buns called rosca or roscón. They can be elaborately adorned with crystallised fruits but they can also be a simple bun with a coating of icing sugar.

In some places these roscones are encrusted with hard-boiled eggs, the traditional Easter symbol of renewed life.

In some parts of the mainland the Easter roscón is called a torta, in which case it is shaped like a small loaf. A hard-boiled egg is placed on top, in the centre, and held in place with strips of pastry in the form of cross.

Catalonia’s famous all-chocolate Easter confectionary called la mona used to be similar to the Guadalajara hornazo — it was a spongecake decorated with hard-boiled eggs.

But Catalán pastry-makers eventually replaced the hard-boiled eggs with chocolate ones and turned the mona into a much more elegant and refined pastry. There came a time when the sponge part was left out and chocolate took over completely.

Pastry-makers — and their customers — were then left with an all-chocolate confectionary that was more like a piece of sculpture than anything else. It was sometimes in the form of a windmill, a log cabin, a pirate’s galleon or a Disney cartoon character.

There were no rules about the mona’s theme — it could be anything that came into the pastry-maker’s head. As they became more ambitious, their monas became more and more elaborate.

Eventually someone decided to make them topical and the mona’s theme reflected what was capturing people’s minds at the time — especially those topics of interest to children.

When news about space travel was on every front page, there were plenty of chocolate spaceships and astronauts in pastry shop windows.

At one time ninja turtles were all the rage and a couple of years later the dinosaurs took over. This year I’m seeing white unicorns everywhere — little girls just love them.

As often happens with Easter treats in Spain, the monas are a gift for godchildren on Easter weekend. If you’re thinking of buying one, take a gander at the price: even the small ones are expensive. At a pastry shop near me, a smallish mona with a unicorn theme costs €29. Fortunately, I don’t have any godchildren.

Not so long ago it wasn’t easy to find chocolate Easter eggs in Palma but they started to trickle on to supermarket shelves (mainly to cater for British residents), Mallorcan children loved them and that trickle soon became a flood. Most supermarkets I visit put their Easter eggs on display more than a week ago.

The prices of supermarket chocolate eggs are reasonable but beware of those at up-market pastry shops. They’re done with homemade chocolate and can be very expensive. Ask the price before you buy and you’ll avoid unpleasant surprises.

If you have any young children in your family you can show them how to decorate their own hard-boiled eggs for Easter.

Eggs can be coloured naturally by boiling them in water that contains, spinach, saffron or tea. Wash XL eggs and put them into a saucepan of cold water with the colouring agent of your choice. 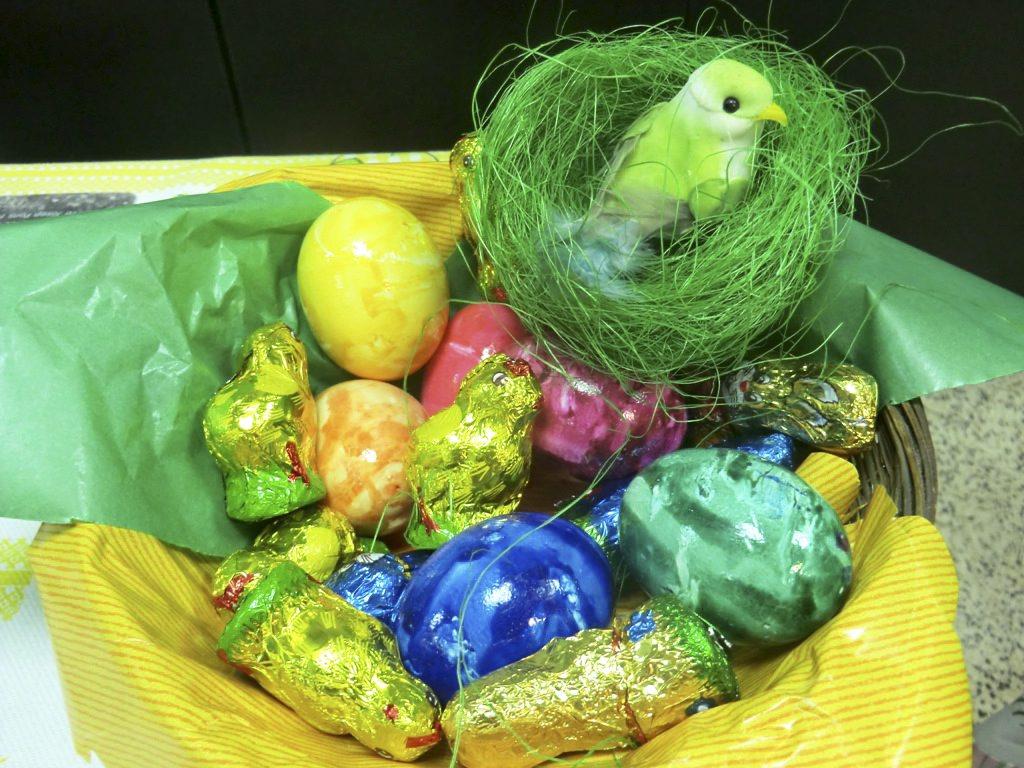 Bring them very slowly to the boil and simmer them for 15 minutes. Leave them in the coloured liquid until they take on good deep shade. Take them out, let them dry and rub them with an oiled cloth.

If you want to paint the eggs with watercolours or some other kind of paint, then leave out the oiling part. Dry the eggs carefully before painting them.

The petals of some flowers will transfer their shape and colour to a hard-boiled egg. Primrose, primulas and pieces of fern all work well. The fern should be blanched in boiling water for a minute or so to make it soft enough to stick to the shells.

If you wet the shell the petals will adhere easily. Keep them in place by wrapping a length of bandage round the egg.

The best place in Palma to buy watercolours and all other paints and art supplies is the Blanco y Negro shop in Avenida Alemania opposite the Instituto buildings. They are open from Monday to Friday (closing for lunch) and also on Saturday mornings.