The restaurant review: You cannot win week after week

The law of averages is the proposition that the occurrence of one extreme will be matched by that of the other extreme so as to maintain the average. That means that no matter how well a football team is playing, it cannot expect to win week after week.
It also helps to explain why some restaurants I go to can serve four 10-rated dishes in one meal — and others will barely get a pass mark. You win some, you lose some, is another way of saying it.

But the law of averages doesn’t explain why some restaurants that should be good can make the most awful blunders — including serving perfectly good food that should have been hot but was served cold.

Gulden Draakk Bierhuis Mallorca is a place specialising in high quality crafted beers and they also serve a few simple eats that pair nicely with beer. It seemed like a good place for a quick meal.

They do what they call a hamburger menu that includes one of their craft beers for €9.50.
I went for a lager and it was truly splendid — much superior to the cañas I usually drink. Which, of course, is what one would expect. Cañas are superb, but they’re not crafted.
They also do Argentinian style empanadas, which I try every time I see them on a menu, so I had two with the lager. The empanadas in many ways were ideal: expertly shaped, a nice pastry and an abundance of juicy minced meat filling. 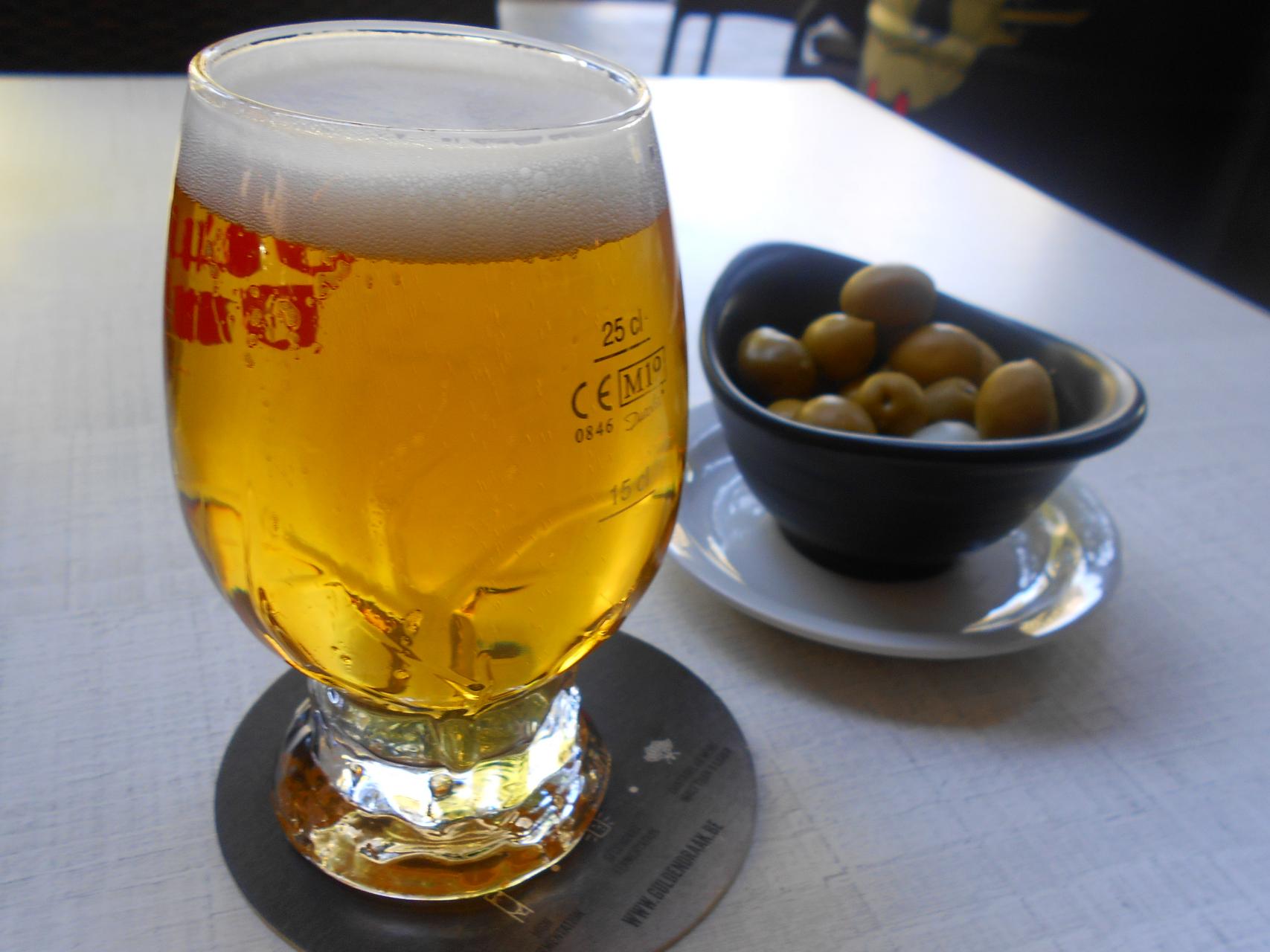 But there was one very important thing wrong with these empanadas — they were served at room temperature.

This the first time I have had empanadas that hadn’t come straight from the frying pan and were so piping hot you had to wait a couple of minutes before biting into one.
As this was early lunchtime and I was eating outside, I couldn’t see the waiter to ask for them to be fried, so I ended up eating them at room temperature…an indication of how good they were.

Eventually the young waiter came to take away the plate and I told him that never before had I been served empanadas that were less than tongue-burning hot. He mumbled something about things sometimes going wrong.

Having complained about the temperature of the empanadas, you’d have thought they’d take special care with the hamburger. Well, it was also at room temperature, not a trace of heat anywhere. 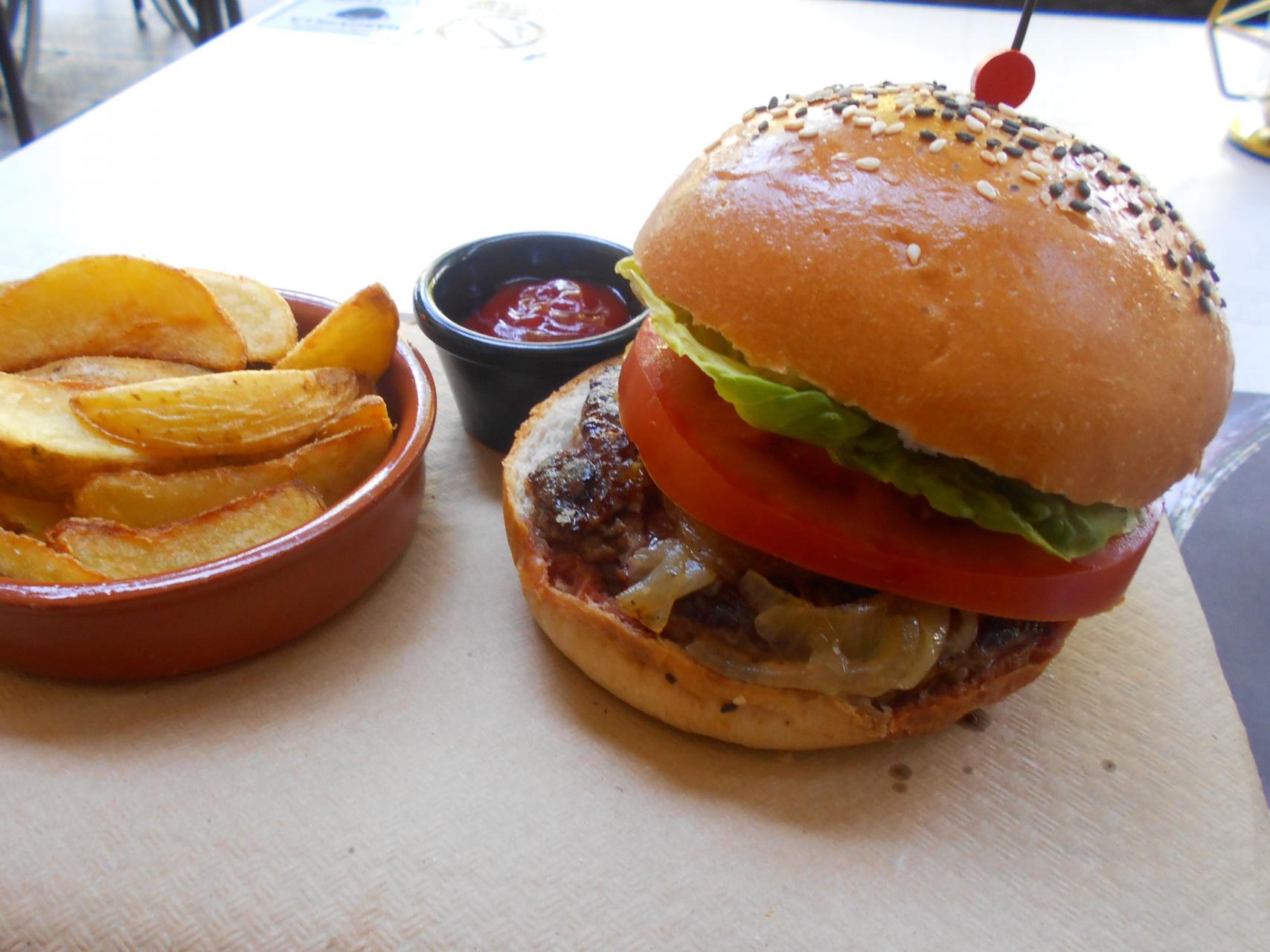 And it was an absolutely excellent hamburger, the patty made with Angus beef that had a lovely texture and taste. It came with a good amount of caramelised onions that helped to make it one of the juiciest burgers I’ve ever had. What went wrong? I can only think they made the hamburger as soon as I gave my order and it sat around while I ate the empanadas. Even so, I’d have expected to find a trace of heat somewhere…but there was nothing.

The potatoes were really burning hot

Having eaten two Argentinian style empanadas, a hamburger, a little deep-fried potato and downed a very nice craft lager, I was feeling rather full but was still short of one dish and two pictures to complete the two-page review. 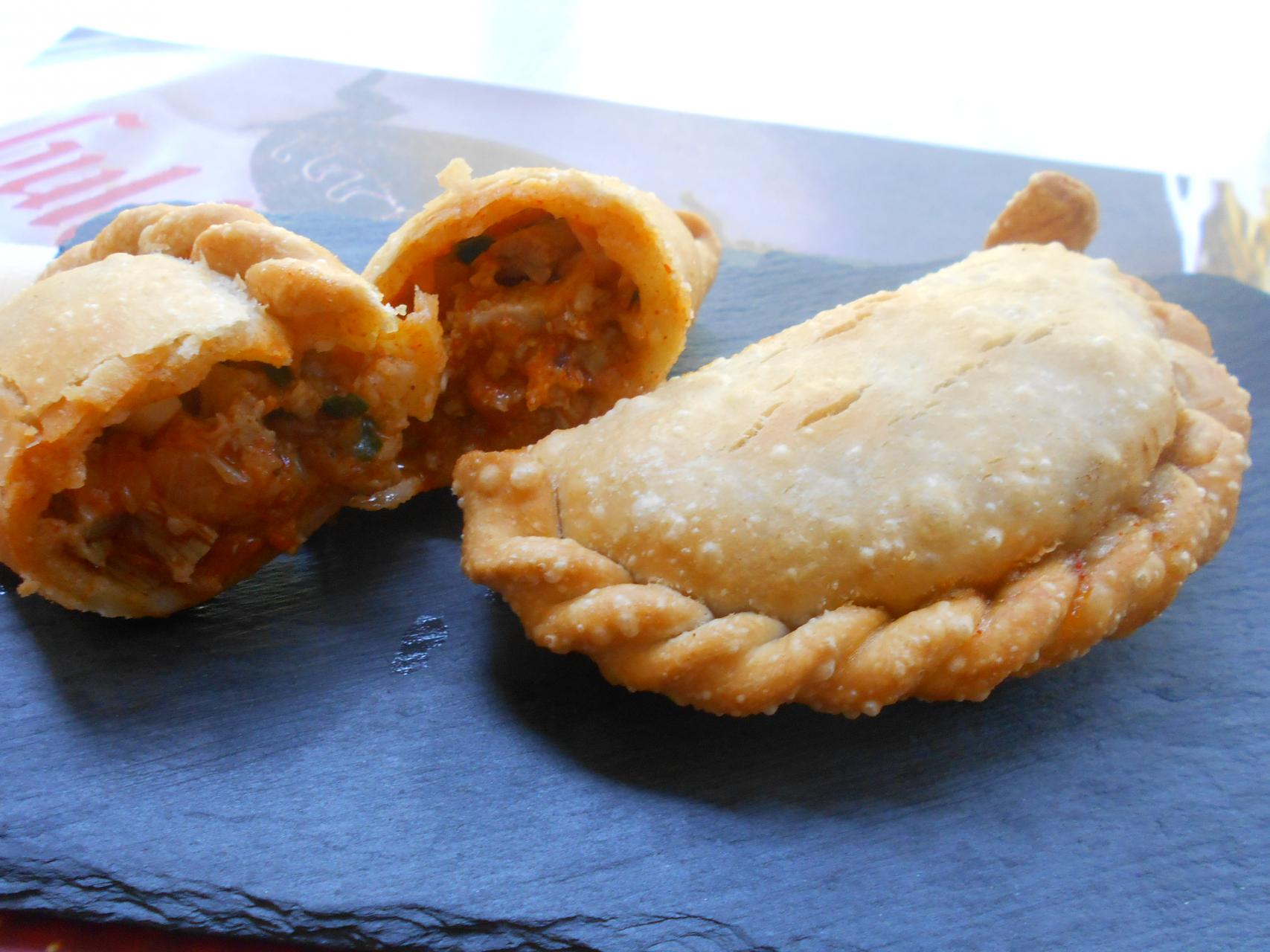 So I returned next day to have a portion of their deep-fried wedges of potato and I was looking forward to trying their Imperial stout. I have always liked Guinness and other stouts but I seldom drink them.

I had tried the deep-fried potatoes with the hamburger the day before and I knew they made them well.

The wedges of potato are unpeeled and that makes a difference: the potato skins add lots of flavour and, of course, there’s all that extra nutrition.

I had the same waiter as they day before and I reminded him they had served me empanadas and a hamburger that were at room temperature and asked him to make sure the potatoes came straight from the deep-fryer.

Well, this time the message got through to the kitchen and the potatoes were not only burning-hot they were also beautifully fried — there wasn’t a trace of any residual oil.
The portion was much larger than I expected for €3.50. I think this may have been to compensate somewhat for the cold empanadas and burger of the day before.

These first-rate potatoes did show they can do things properly when they want to — but they’ll have to be more systematic about it.

This is the kind of place that needs to build up a base of regular customers from among the people who live or work in the area. That won’t be at all easy if they continue to serve cold empanadas and burgers. They have serious competition on all sides.

Craft beers are very popular in Mallorca at the moment and there are outlets all over Palma and also in some of the villages. One place in Calle Arxiduc Salvador makes and serves it on the premises and also provides a few basic nibbles. You’ll find the names and addresses of other craft beer houses on Google. 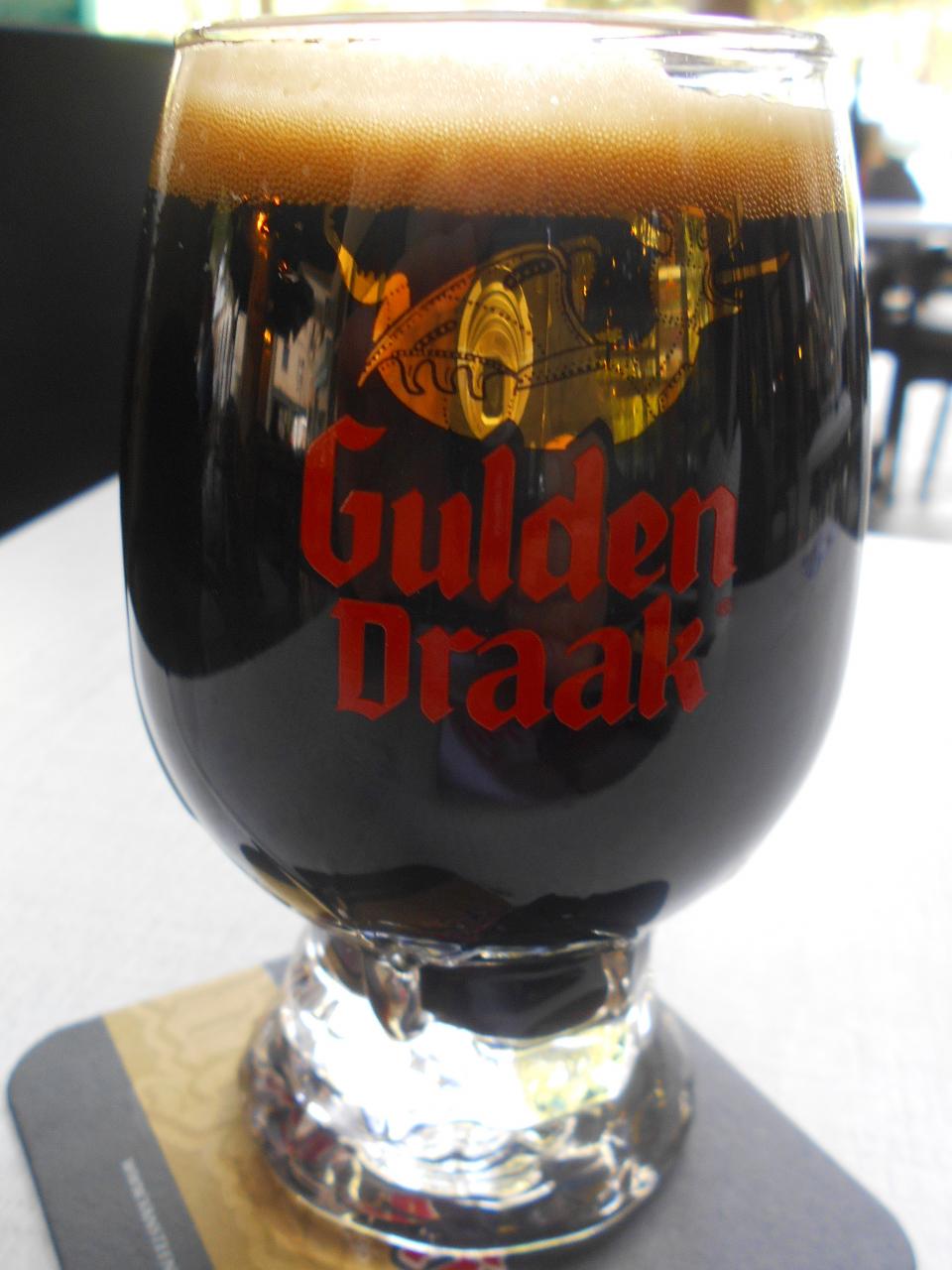 This place was a bit of a record: two dishes that should have been hot (hot, not warm) were at room temperature. Argentinian style empanadas have always been straight-from-the-frying-pan hot.

It has to be like that because they are never deep-fried until the order comes in. Even if they were delayed slightly in getting to the table, they would still be nicely hot. But these two were at room temperature.

It was the same with the hamburger: at room temperature, and not a trace of the heat that was used to cook it. And empanadas and burgers were real beauties: there was good texture and succulence in both.

Had they been hot, I’d have been handing out 10s. The wedges of unpeeled potatoes came straight from the deep-fryer and they were excellent. The lager and the Imperial stout are craft beers at their best and highly recommended.