The restaurant review: Temptation of a mixed paella

There were several dishes — and one drink — that I missed very much during the confinement when restaurants and bars were closed. One of the dishes was a mixed paella and the drink was a very cold and well-pulled caña.

Since restrictions were lifted I’ve been having a weekly caña (and enjoying it very much) and I also had a very good vegetable paella that was worth a 10-rating.

But good as the veggie paella was (and it had to be excellent to get a 10-rating) it wasn’t quite what I was hankering for. The temptation and desire to order a mixed paella was very much on my mind. 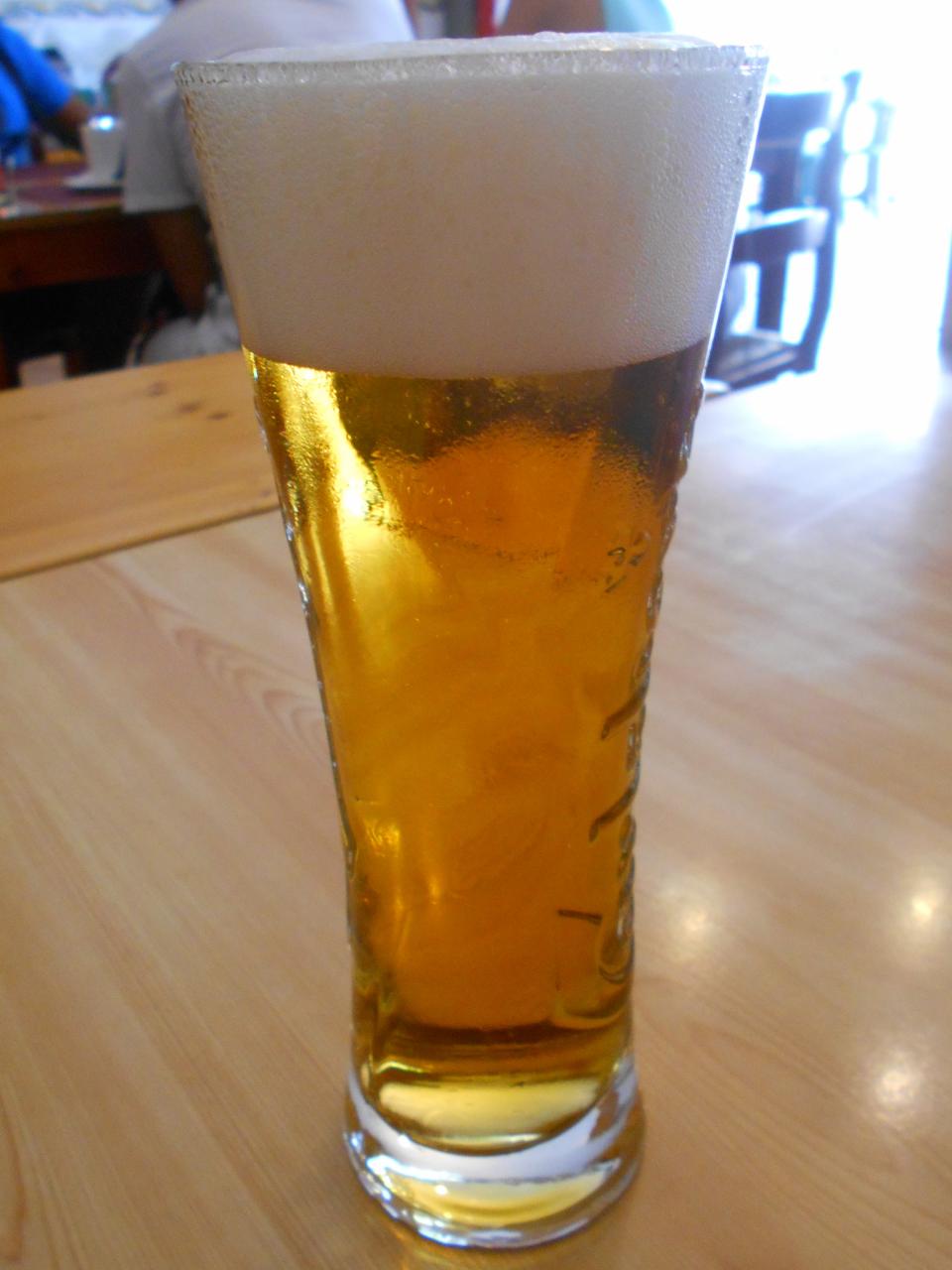 Alice was the cook, but Gertrude kept a tight hold of the purse strings.
A mixed paella was the first main course I had for dinner after arriving in Palma. And it was an especially good one. Although I didn’t know it at the time, it was cooked by Guillem Reus at the old Dolar Bar opposite the Teatro Principal.

Guillem, with his brother-in-law Bernardo in charge of the dining room, went on to run Can Tomeu in Plaza Joan Carles I (where McDonald’s now is) and, many years later, Parlament in Calle Conquistador.

Guillem’s paellas were the finest I have ever eaten. I went along to Parlament one day before the lunch time rush to watch him make a paella.

He had all the ingredients ready in front of him and I thought at the time that his expertise was such he could have made that paella with his eyes closed. His speciality was the mixed ‘blind’ paella —that is, without bones or shells.

Well, I finally got round to having a mixed paella this week at La Payesita, a fish restaurant by the sea without any frills where some of the prices are amazingly low.

Paellas are popular at La Payesita and the kitchen has been making them since 1987, so they’ve had plenty of experience in turning them out and they do a nice job of them.
Ours was especially noteworthy in that the rice was beautifully cooked — and in any rice dish that is more than half the battle.

What made the rice so special was that is was spot-on al dente but also nicely moist and absolutely bursting with flavour.

The seafood taste came from small gambas in the shell, strips of very tender cuttlefish and also what Spanish cooks and fishmongers call bocas de cangrejo.

That translates as ‘crab mouths’ but they’re not mouths although they are part of the crab and are brimming with great shellfish favours.

It was interesting to see they used small gambas and not the large ones known as ‘gambón’: the small gambas are actually tastier…and also more expensive. There was one thing that wasn’t so good. They start the paella on top of the cooker and finish it off in a very hot oven.

That meant the mussels were totally shrivelled. But everything else was so right I’m not complaining too much about these mussels — especially as their dish of steamed mussels was a huge success.

Mussels on rocks are much better

There are basically two kinds of mussels on sale here: big ones from Galicia and smallish ones called mejillones de roca (rock mussels) that come mainly from the Costa Brava. 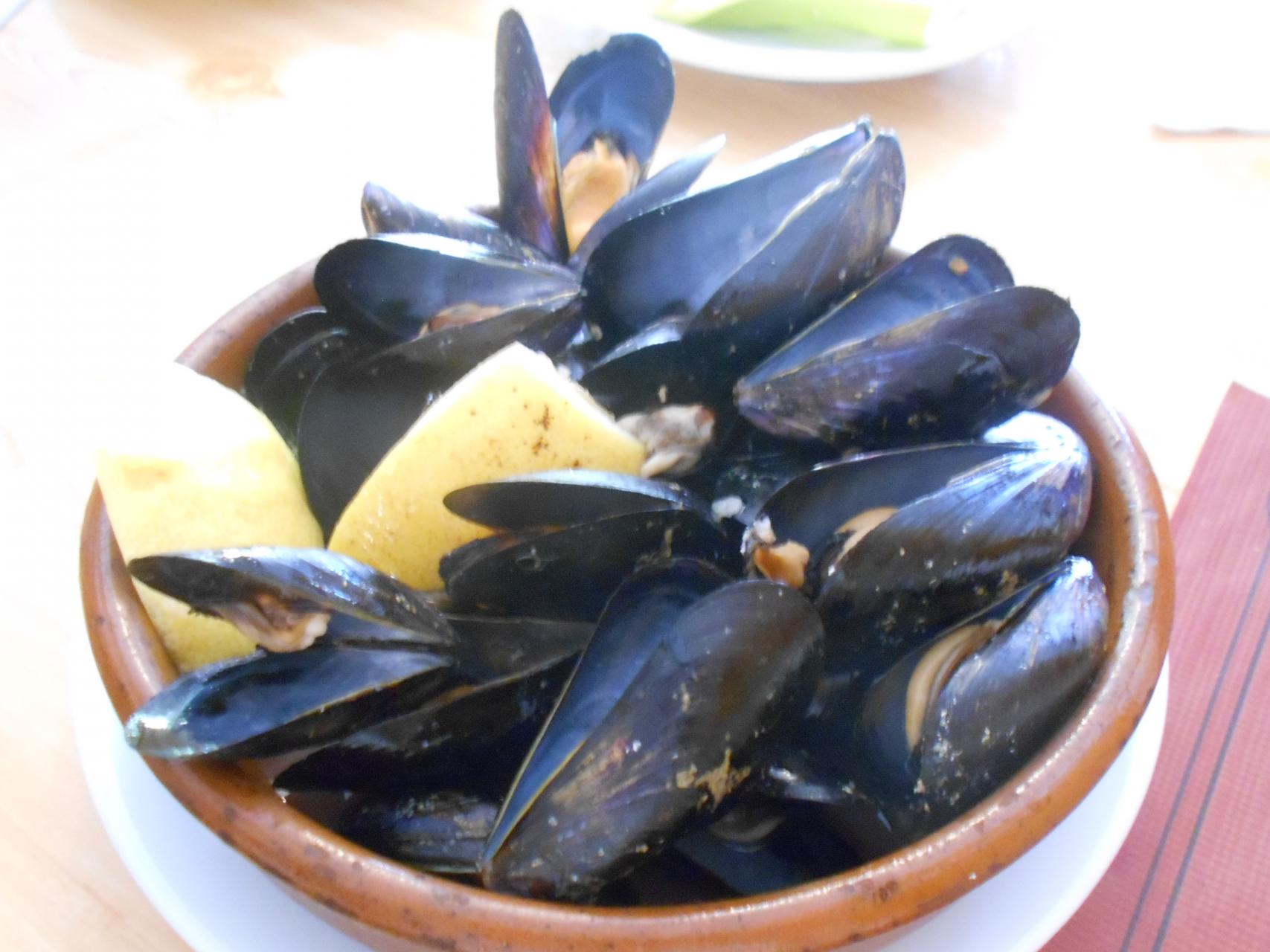 The Galician kind are usually somewhat filthy, with barnacled shells that need a lot of scraping. The rock mussels need nothing but a quick rinse under running water and are quite free of clinging crustaceans.

The restaurant review: An incredible choice on this €15.50 menú

The Belgian restaurant Toque in Calle Federico Garcia Lorca in s’Aigo Dolç near the Plaza Gomila, usually has Dutch mussels during their season but I’ve never seen them on sale at supermarkets.

One stall at the Mercat d’Olivar sells bouchot mussels from Normandy that cost a whopping €10 a kilo. Like the Dutch variety, they are small but with lots of plump flesh, making them superior to all other varieties I have come across.

The rock mussels on sale in Palma (at a couple of stalls in the Mercat d’Olivar and also at El Corte Inglés) are always a good deal dearer than Galician mussels.

La Payesita used Galician mussels for the paella but rock ones for the dish of steamed mussels. When a restaurant is serving rock mussels the menu always says so, but La Payesita didn’t mention the name.

As they are dearer than Galician mussels, that difference in cost is reflected in the price of a dish of steamed mussels. But that didn’t happen at La Payesita.

In fact the €6.70 price of their steamed rock mussels was incredibly low — it’s been a long, long time since I’ve seen them at such a rock bottom price.

The mussels were very fresh, as you’d expect in a specialist fish restaurant — and this was Tuesday (they close on Mondays) so the mussels had arrived that morning.

Although rock mussels are much smaller than their Galician cousins, they are nevertheless plump for their size. And in the cooking of this version of steamed mussels, none of their corpulence and succulence was lost.

When the mussels arrived at the table I was a little surprised to see that they were only slightly open. But I think the cook deliberately stopped the cooking at that stage so the heat wouldn’t dry out the flesh.

In a busy kitchen at peak hours, rice dishes of all kinds can easily go wrong. This is particularly true of paella, where so many things can go astray. Also, most places start off a paella on top of the cooker and finish it off in a very hot oven — and that’s an added complication where little flaws (and big ones) can creep in. 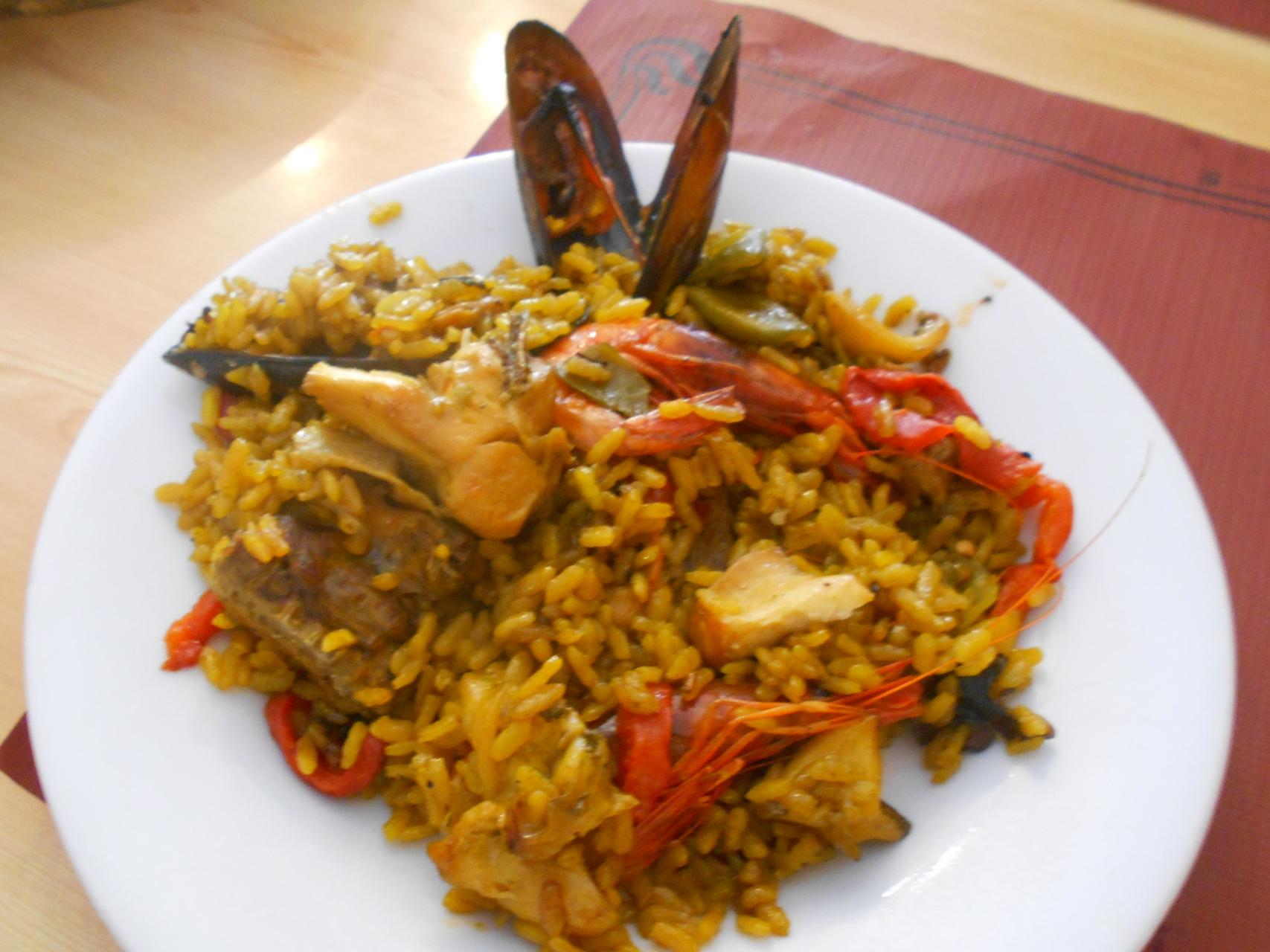 So you can easily end up with a bad paella in places with a good reputation. But that didn’t happen at La Payesita and their paella was most memorable.

I especially liked the perfectly al dente rice that was also moist and bursting with seafood flavours. It was admirable that they used small gambas and not the big gambón…which are cheaper but not so tasty.

They gave us the much dearer rock mussels and not the big Galician ones, which aren’t as good. And €6.70 is an incredibly good price for steamed mussels. I had no hesitation in awarding them a 10.

They have an enormous base of regulars plus customers holidaying in the Playa de Palma area, so it’s always best to reserve a table. 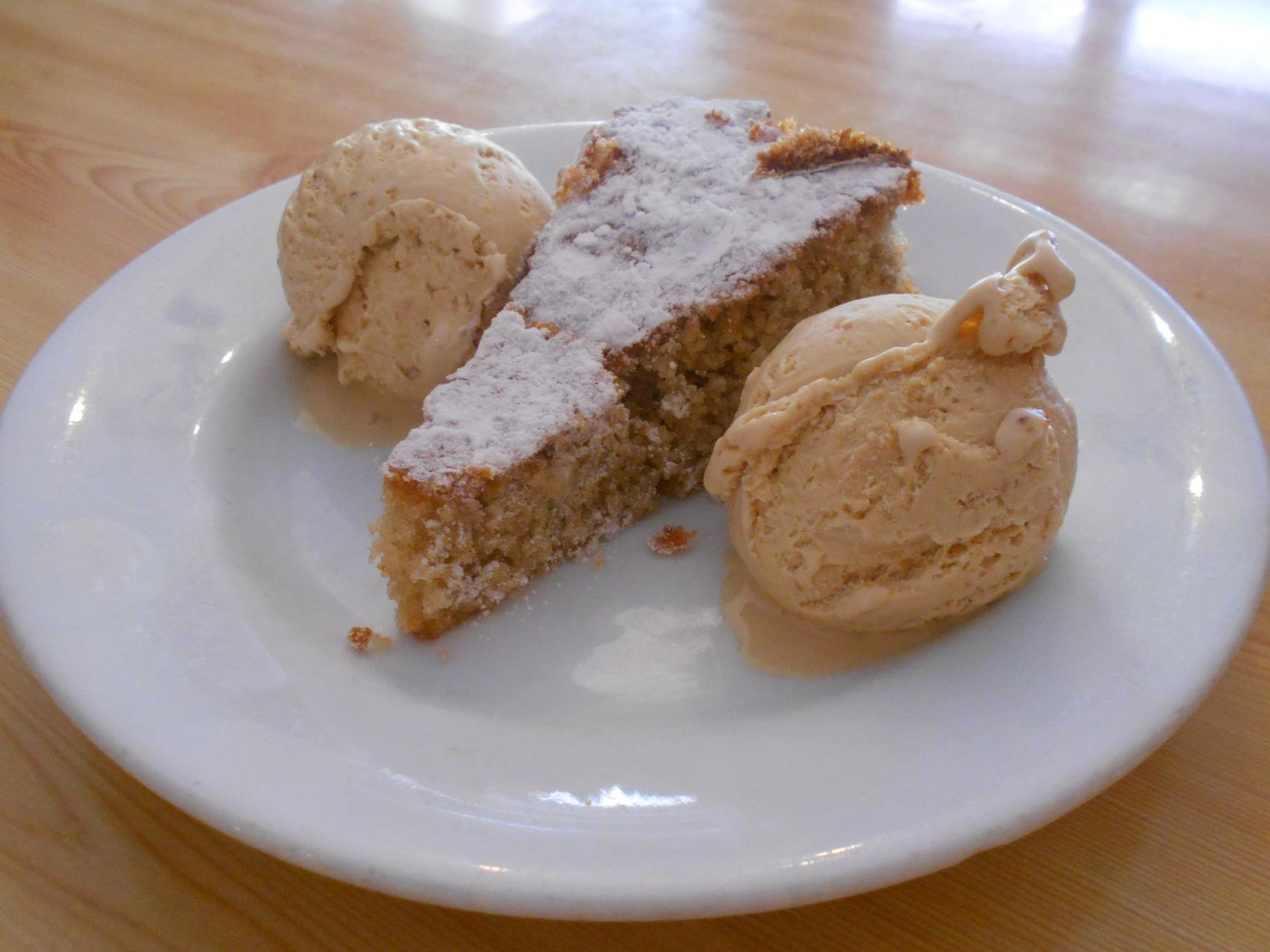 They have a smallish covered terrace but we preferred the nicely air-conditioned dining room.