Spotlight on Soller: The days of rules and compliance…

Weddings are small and sweet these days. | Rachel Fox

There are times when Soller Shirley goes on a rant – this is one of those weeks! Publicity, Branding and PR are the unseen important wheels which create interest. This can be in an event, an offer or a purchase.

This week the PR Department of Soller created a beautiful poster and a list of public events for an event in Puerto Soller. This was to celebrate the 10th anniversary of the twinning of Soller with Port Vendres in France.

Two days were advertised, 3rd & 4th August 2021. This was to start with the arrival of old-fashioned sailing boats from France. Estimated time of arrival Tuesday at 11 am. I took my place with a camera 45 minutes before the arrival time and waited. I learned later the boats had arrived at 9.15 am.

From then on, all public views and attendance at the open day in the Puerto on 4th August were denied to all who turned up. This event appeared to be for invitees only and many were angry. What is the point of a public poster if the event is not actually public?

The reason ‘Soller Shirley’ ever came into existence was to tell people of events which were not, or poorly advertised. Since that day the passing on of information and general PR for the Soller Valley has been my passion. I am very sad that the new intake of PR people around here do not appear to have a clue.

Wedding bells are ringing
The weddings are coming back and locations all around us are being used. There has been a huge change in what people actually want. Gone are the days for me, of the 100 guest celebrations. Now the maximum number I have been involved with is 10. I have two weddings booked for later this year which are for 2 and 4 people respectively. 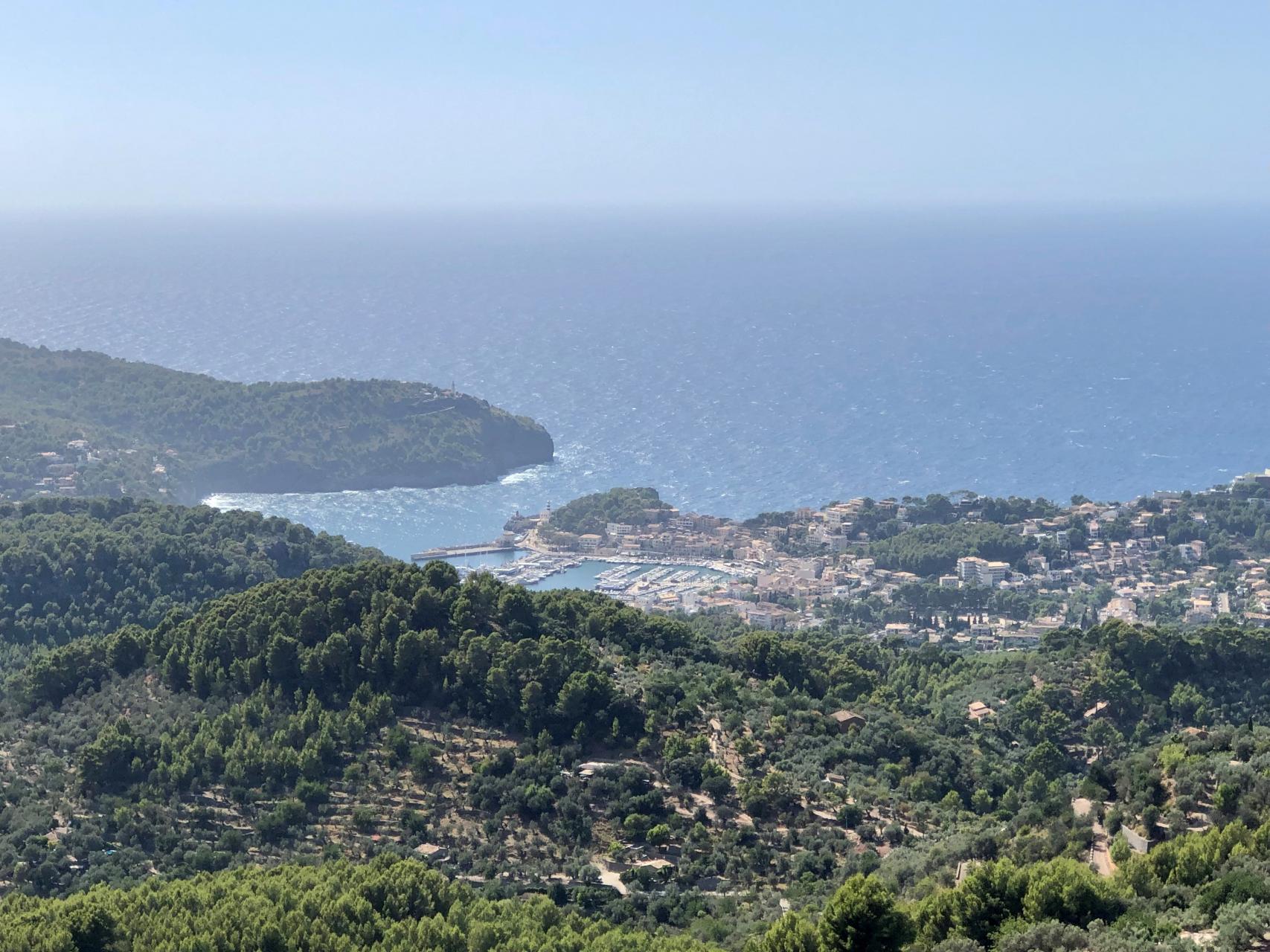 They are both being held in stunning hotels which have a small wedding area with a beautiful scenery backdrop. As a Celebrant, in the changing world, I am touched by the desire these young friends have, to make their celebrations so personal and small. I know that they all have their Civil Ceremonies in their home countries and will probably party there.

The words they speak here to the mountains and the universe will be my pleasure and privilege to hear.

Condolences
A car accident on the road to Fornalutx and a cliff top fall killed two people in our world this week. We shared the unhappiness and grief and wish we could turn back the clock for them. An ambulance siren is thankfully a rare occurrence for us here and we are always on alert when we hear one. A very sad time for two families and we send our condolences.

Pandemic issues
Fountain Square in Soller is coming under scrutiny this week. As a Covid result of social distancing the square has allowed local restaurants to spread a few tables in their in the evenings. This has not been met with universal praise especially from families with young children who used to play happily in this space in the evenings.

That is one controversy and now another, to do with new awnings. The Town Hall have erected some multi coloured awnings to keep the sun away from the square. This together with the large umbrellas covering most restaurant tables gives the impression of an almost covered square. There is strength of feeling about this. Many say we have trees in the square for shade and the covering in of this space is bringing us into line with Dubai. 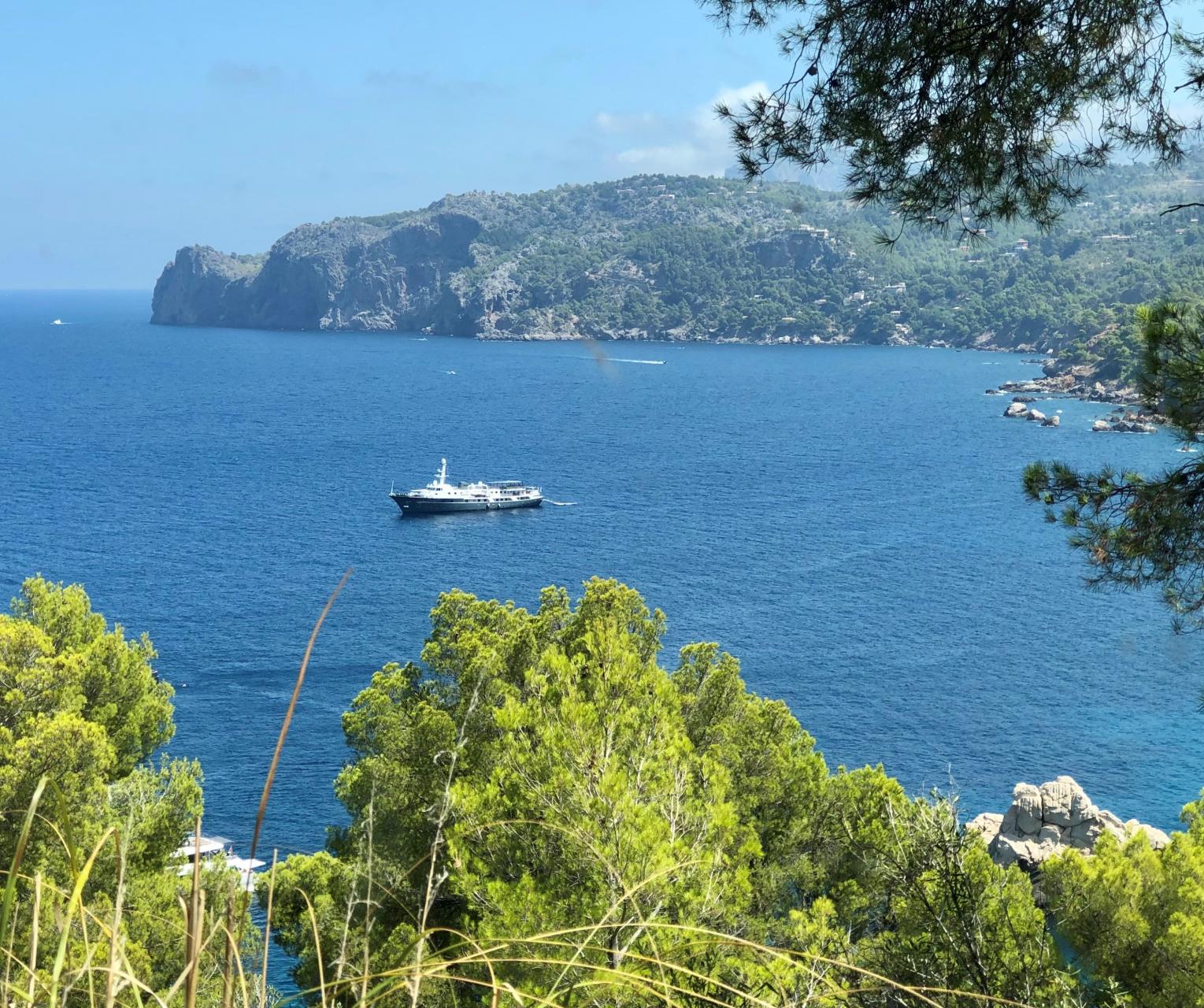 The critics are very anti the cover up and say, ‘this is a Mediterranean country which is sunny in the summer – get over yourself!’ Mmm, this is a tough one and I really can see both sides of this argument, which will run and run.

In the blink of an eye
The decisions of August have double trouble in their acceptance. People are hot and bothered and generally sleep badly in the heat. Tempers are frayed, and this year life is even tougher as so many are struggling financially, even if they are now back at work.

We will work on through and Soller will move on into late summer before we have even realised it is August. Such is 2021...