Spotlight on Soller: All eyes are up the mountain and out to sea

Biniaraix is on our radar this week. One of the most beautiful and sought-after Hamlets of the Soller Valley. The Tramuntana mountains and the spire of the white church, has adorned many an advertising campaign, and is an internationally recognised view. For the visitors and residents of our world it is also the starting point to many of the Barranc walks.

It usually exists as a peaceful enclave until the parking issues of the weekends arrive.
Bini increased in popularity once local lockdowns were eased and people found their feet. Walking in Mallorca has been the biggest growth industry of the pandemic. Every weekend many groups and families arrive by car to do the walks.

They all have to leave their car somewhere and therein lies the tale. Residents get boxed in, tempers fray and then the police are on the scene. Local land rental has been talked about to create a parking space and the issues rumble on from week to week. Resolution is hiding in the ‘to do’ cupboard somewhere and eventually this will be resolved. In the meantime Police stand guard on the roads of Bini each weekend to divert the ‘would be’ parking fiends.

Into this melting pot came the announcement of the opening of the first hotel in Biniariaix. Holiday rentals are big business here but until now there has not been a hotel. The new hotel, with all permissions intact has created an ‘Interior Hotel’ complying with all the rules. Five rooms, each sleeping two with their own bathrooms. This is what you get for your money. No facilities or breakfast cooked for you, it is just beautiful and basic.

The expectation is that many walkers will avail themselves of the location for their mountain walks and climbs. As the announcements and congratulations were in the pipeline local people took to social media to vent their parking frustrations. The idea of adding five more cars to look after the rooms in this little hotel is the last straw for many. They want an explanation from the Town Hall as to where hotel parking will now come into the grand plan for Bini.

Fiesta Covid style
As September approaches the ‘Fiesta Covid style’ moves up into Fornalutx. The Bull Run will not take place again this year but a screen showing previous bull runs will be shown. For the second year in a row, Fornalutx will celebrate the patron saint’s festivities of the Nativity of the Virgin Mary without the traditional correbou. In fact, the councillor for local festivities, Felip Reynés, has scheduled a commemorative video in the square for September 4 in homage to the descent of the bull. 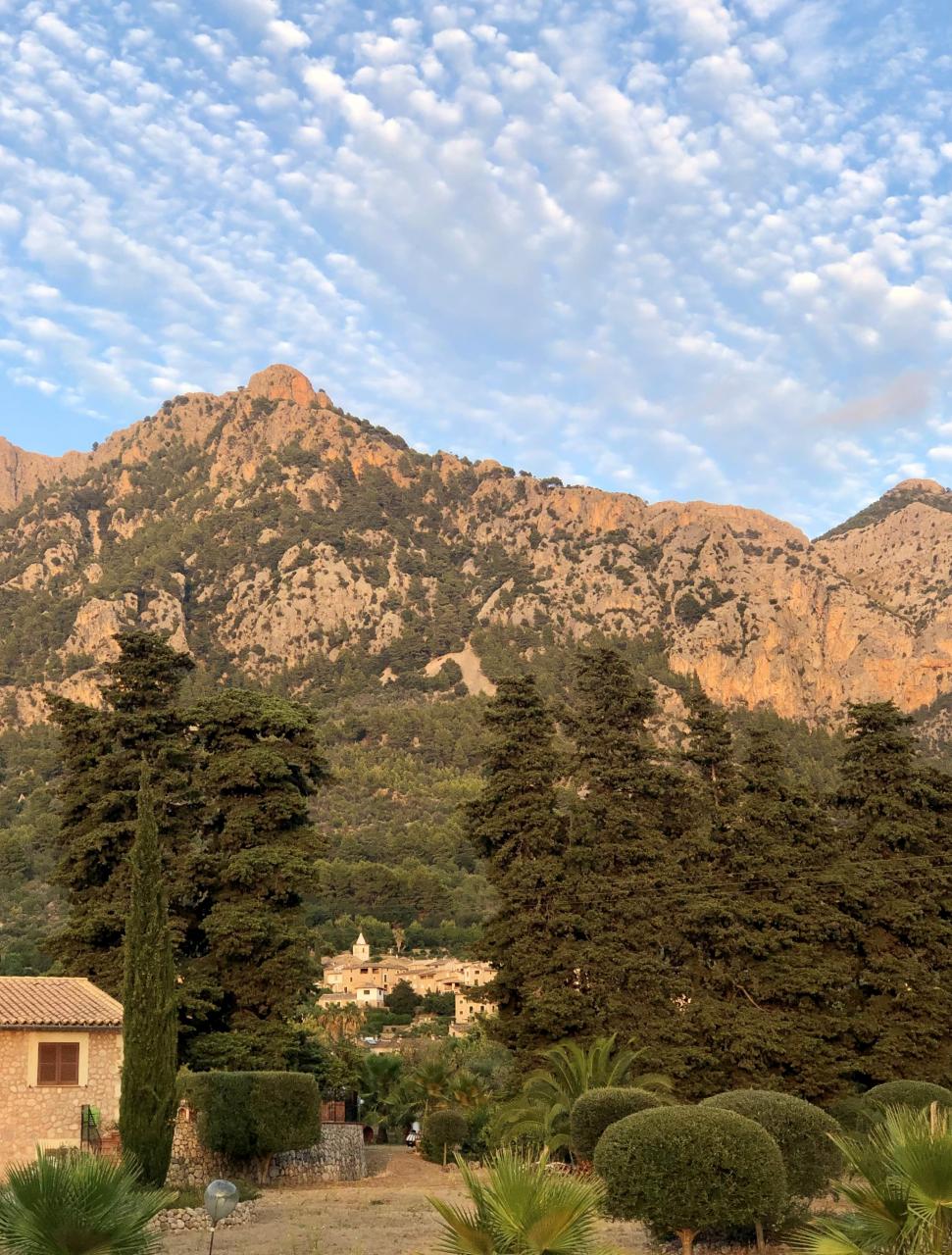 Fornalutx will have a few events and activities for children but the annual four days of celebration is being held over for next year. A low key Covid aware Fiesta is how it is being billed. Residents have been fully informed and are not surprised at this. The visitors from out of town have expressed their disappointment, but this is our life in 2021.

The Llampuga is here!
The Lampuga fishing season has begun and will be with us until November. In Puerto Soller there are four small gear boats which will be able to catch this renowned blue fish.
One of the local professional fishermen engaged in fishing for this species is Gregori Mayol ‘Passador’. Mayol has one of the four small craft which anchors in Puerto Soller. These boats are the only ones which have the Lampuga fishing rights. The season is expected to be a good one this year.

The Lampuga tradition is special to Mallorca, Malta, parts of Greece and the Caribbean. It is not even tradition in the other Balearic Islands. The interest in the fish is such that parts of this island have special Lampuga Fiestas. Some people travel to the island during this season purely to experience this year’s catch.

Moving on
Fiestas, fish, hotels and parking have exercised in the Valley this week. This is the beginning of leaving the mid-summer season behind and moving on to the next phase of the year. Walkers and cyclists are set to return, and talks are still going on about winter flights. The whole tourist industry wants winter tourism this year. We hope all the negotiations are successful.