Lamb: My longest ever Easter (and post-Easter) season of eating our most versatile meat

Lamb empanadas are usually only available around Easter. | MDB

On my way from home to the Bulletin office, depending on whether I turn right or left at the main street, I can pass more than a dozen bakeries and pastry shops. In the past I have always wanted to go into each one of them and try their empanadas de cordero, the lamb pie that is an Easter speciality.

Empanadas made with a filling of ternera, pork or chicken are on sale throughout the year but at Easter the big attraction is the pie made with smallish pieces of lamb, a little cured belly of pork and a few snippets of sobrasada.

Most bakeries don’t do lamb empanadas until the start of Easter week, so I couldn’t begin eating them until Tuesday of last week.

I started off at the Pastelería Rivoli, next door to the Rivoli cinema in Calle Antoni Marqués, a convenient choice because they have about half a dozen kinds.

Those with a lamb only filling were splendid, but they also have lamb and peas, as well as a lamb one made with sweet pastry, which some Mallorcans adore. These cost a most reasonable €3.75. They were also doing one made with lechona (suckling pig) at €3.25 and it was also most enjoyable when I ate it at the office with a glass of very cold verdejo.
At a bakery called Delice, in the same street and just a few doors from Pastelería Rivoli, I was most lucky when I looked in just after 9am. Their lamb empanadas hadn’t come out of the oven when I arrived at the counter, but literally 20 seconds later a big tray of them was brought.

One of the girls put one in a brown paper bag and warned me that it was very hot. It was still hot when I got to the office and I had it with a glass of verdejo.

This was only the fourth time I’ve had an empanada that had just come from the oven and, like the others, it was a gastronomic experience. When you eat a lamb empanada, either next day or up to 10 days later, you are experiencing a kind of pâté en croute — a pâté in a crust. It is charcuterie in the French style, although nobody claims it as such.

But when it is hot, the lamb empanada is a completely different concept. It isn’t a case of one being better than the other. They are totally distinct and you cannot even begin to compare them. 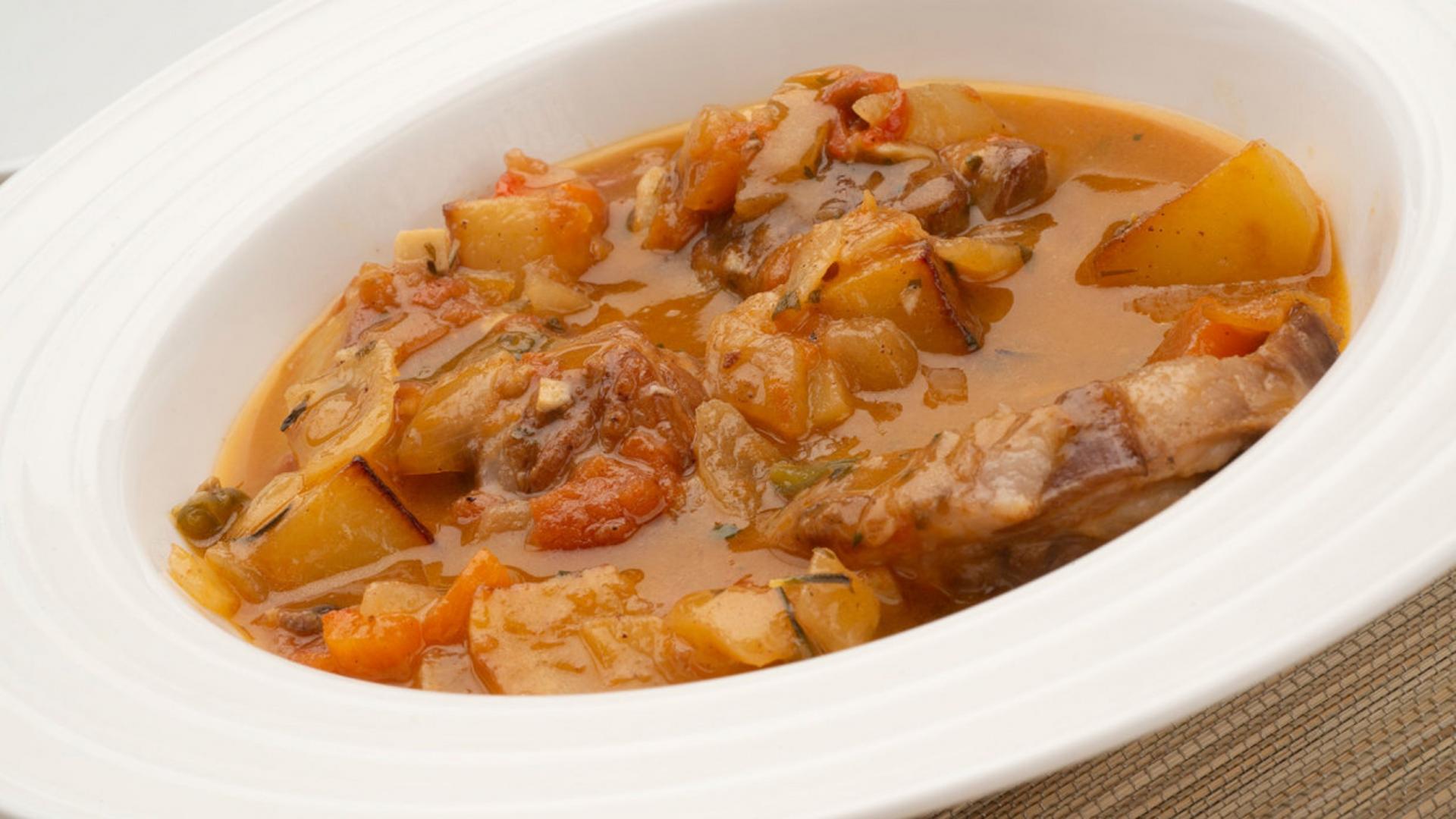 No Mallorcan family I know ever eats empanadas straight from the oven — any kind, not just those with a lamb filling. The four times I had hot empanadas was when, just by chance, I was there when they came out of the oven.

The filling in the empanada I had on Easter Saturday was like a luscious lamb stew with incredibly tender pieces of meat and a flavourful gravy. It made me think of the meat and sauce in a Scottish steak pie.

As I pass this bakery every morning if I turn right at the main street, I’ll be calling in to see if the empanadas have just come out of the oven. If so, I’ll buy one. If not, I’ll walk on to the next bakery that does lamb empanadas.

Even although most bakeries continue to do lamb empanadas up until the weekend after Easter Monday, I shan’t have enough time to try all of them. But I’ll do my best.

I’m also going to suggest to the Delice bakery and the Pastelería Rivoli, that they offer weekend lamb empanadas throughout the year to those customers who order them in advance. I’m sure I’m not the only one who would eat a lamb empanada every Saturday and Sunday if they were available — especially if they came straight from the oven.

This year there seemed to be more Mallorcan lamb than usual (it is always a good buy) and I was eating it on several successive days…but not as a roast. 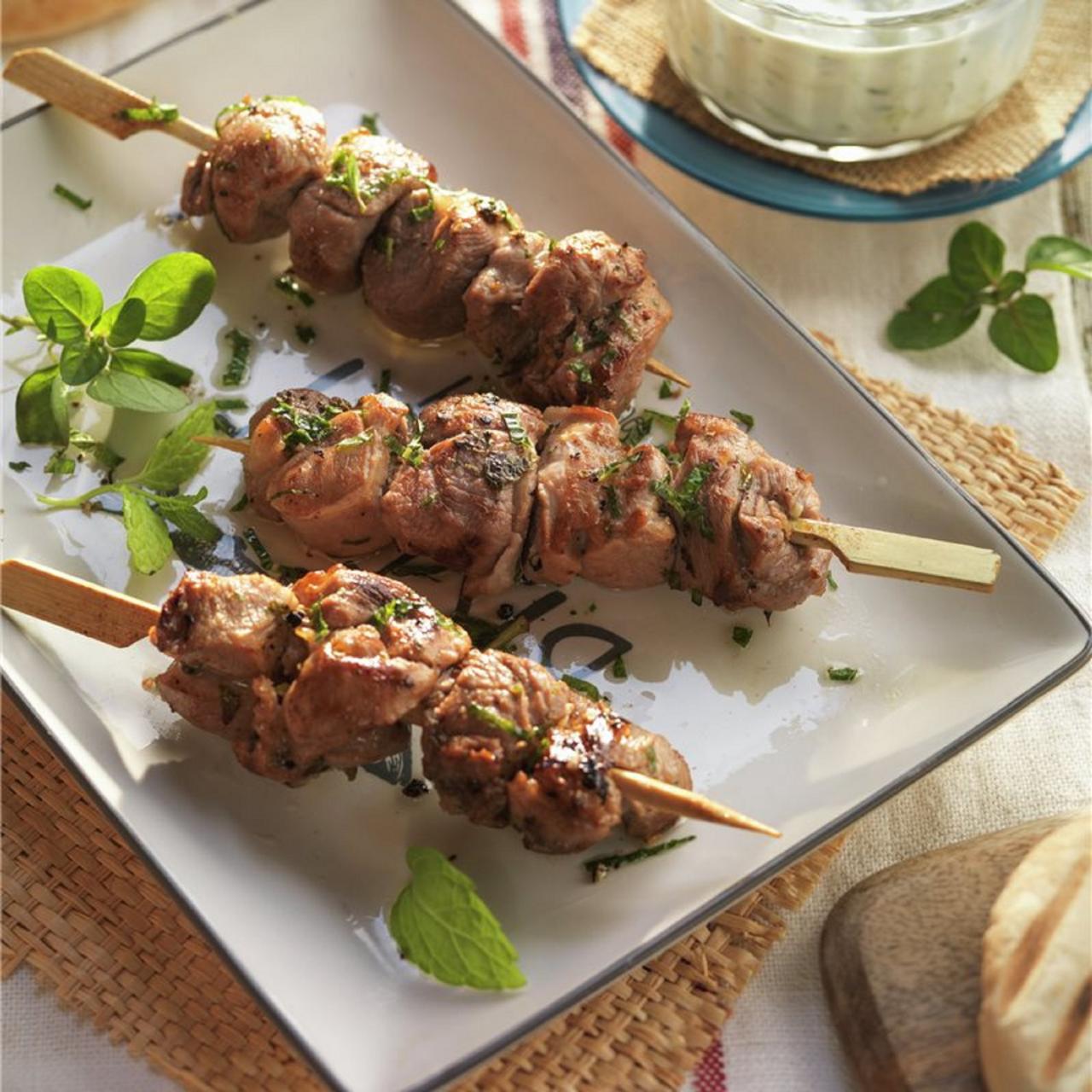 When cooking for two or three, an economical way of dealing with a 1.5 kilo leg of lamb is to have it boned for two quite different dishes. Ask the butcher to take some neat 1 cm slices from the top end, with the remainder being cut into walnut-sized pieces. These small chunks can be used for brochettes, stews or casseroles.

Either way, drizzle them with virgen extra olive oil, sprinkle on fresh herbs of your choice and some black pepper. Cover the meat and leave it in the fridge for 24 hours, mixing it into the oil and herbs from time to time.

Then make brochettes or a stew with your usual recipes. Stewed lamb is always especially good when done with Middle Eastern or Indian spices, so you can use them instead of fresh herbs in the marinade.

If you are in an economical frame of mind your brochettes will go further if you thread mushrooms and other veggies on the skewers. If using button mushrooms, add them to the oil-herb marinade and they will be particularly flavoursome.

Smallish pieces of leg of lamb cook quickly, so do the brochettes on a high heat for a short time. Leg of lamb is very tender and when we braise or stew it most of us are inclined to cook it too long and it ends up being overdone.

Cook it over a low heat for 40 minutes and then taste a little bit. Keep checking, and when it is tender but with a good consistency, take it off the heat.

An unusual way of dealing with the slices from the top end of the leg of lamb is in this dish from Minorca that makes good use of potatoes and mushrooms.

This dish is best when made with wild mushrooms such as setas de Avila. But you will get very good results with girgolas, one of the wild mushrooms that is now cultivated and is available all year round.

If you find setas de Avila at the Mercat d’Olivar, forget everything you ever heard about cleaning them with nothing but a damp cloth. They are usually dirty and gritty and need a thorough cleansing. Wash them well under running water and leave them to drain in a colander. Before using them, dry them well with paper towels.

For this Minorcan recipe I am giving the amounts for a whole 1.5 kilo leg of lamb. If using half of one, as suggested above, you will need only half amounts of the other ingredients.
For the full recipe you will need: 1 boned leg of lamb weighing about 1.5 kilos and sliced by the butcher into steaks about 1 cm thick, 1 kilo potatoes, 750 grs girgolas, 2 big breakfast cups commercial breadcrumbs, 3 heaped tbsps finely chopped fresh parsley, 6 finely chopped garlic cloves, 2 beaten eggs, half litre virgen extra olive oil, salt and pepper to taste.

Peel the potatoes and slice them into rounds about the thickness of a one-euro coin. If using setas de Avila, wash them as described. Girgolas are extremely clean and need only a wipe with a damp cloth. Put the breadcrumbs, the chopped parsley and the chopped garlic into a deepish wide bowl and mix them well with your fingers. Dip the sliced lamb into the beaten eggs and coat well with the breadcrumb mixture.

Grease the bottom and sides of a rectangular oven dish of about 6 cms deep and spread out the potatoes evenly. Drizzle them generously with the virgen extra olive oil and sprinkled with salt and pepper to taste. Cover the potatoes with girgolas torn into strips and sprinkle them with the breadcrumb mixture. Put the slices of breaded lamb on top of the girgolas and sprinkle on the rest of the breadcrumb mixture. You should end up with a nice even covering that mustn’t be too thick. Slowly pour the rest of the oil along the sides of the dish and across the top. Bake in a pre-heated medium oven for about two hours.

Towards the end, keep checking the breadcrumb topping and if it becomes too brown cover it with tinfoil. If it isn’t brown enough, turn up the heat or finish off under the grill.
Before serving, pour all excess oil slowly and carefully into a bowl. It can be used for making a sofrito.

Give each diner slices of lamb with breadcrumb topping and spoon out some of the succulent potatoes-girgolas mix. The oil-drizzled breadcrumb topping forms a kind of lid that keeps in the aromas of the girgolas and the lamb. The half litre of oil may seem like a lot, but for best results you need it. Be sure to pour off excess oil slowly and carefully before serving the lamb.

I was lucky this year in that I had roast Easter leg of lamb on three occasions. I did one of them at a friend’s home and he asked for an Italian version.

There are some unusual leg of lamb recipes in European cuisine and one of them is ‘ruot ó furn’, a Neapolitan dish that is served for Easter Sunday lunch. As this is the meal that breaks the Lenten fast, in the old days it was a huge meal on a plate. It is one of the most filling dishes I have ever eaten. In the Neapolitan dialect, ‘ruot’ is a round metal oven pan for roasting meats and vegetables.

For Easter Sunday the leg of lamb is roasted with wedges of potatoes and spring vegetables such as peas and new carrots.

Roast lamb with potatoes and veggies is a common enough formula all over Italy and other European countries, but what makes ‘ruot ó furn’ different is that it is served with bucatini pasta.

Although bucatini is a well known pasta in Italy, we hardly ever see it at Italian restaurants on the island, or even in Palma supermarkets. I’ve bought it a couple of times at El Corte Inglés.

In the packet, bucatini pasta is as long as spaghetti and looks as thin. But it is tubular and as it cooks the central hole widens and eventually some of the sauce enters it, turning it into a most succulent pasta dish.

The sauce for the ‘ruot ó furn’ bucatini is the pan juices of the roast lamb plus some of the peas, carrots and potatoes and any juices that seep out of the carved lamb.

You would think that two farinaceous dishes like potatoes and pasta would clash, but they actually make good plate mates in this dish and in another Neapolitan recipe I have come across.

So when eating bucatini we have to do it very carefully. We can also tuck a large napkin in our collar and let it take the splashes.