Goodbye to all that

The season draws to its close in the conventional sense this week. The boats leave our bay for more sheltered harbours. It costs lots of money to bring them in to the safety of the Marina. Puerto Soller is one of few bays which allow free mooring, currently in the open part of the bay. Even the hardened ‘stay aboards’ start leaving now as the seas become more unpredictable. Some head for cheaper moorings than ours and have a winter exploring parts of the mainland. Those looking for repairs to their boats do the same thing as prices differ all over the Mediterranean ports.

Some live music venues end their season this week with a great Halloween weekend. Music, costumes and mayhem will be the order of the day next weekend. We have a few hotels which stay open into November and some are aiming to be open all year. Many more are getting the shuttering ready to board up against the elements until February 2022.
Soller and the Puerto are working towns and as such are open all year. A resident population who work here, commute to Palma, or are internet nomads make a contribution to the 14,000 people who live in the Valley. 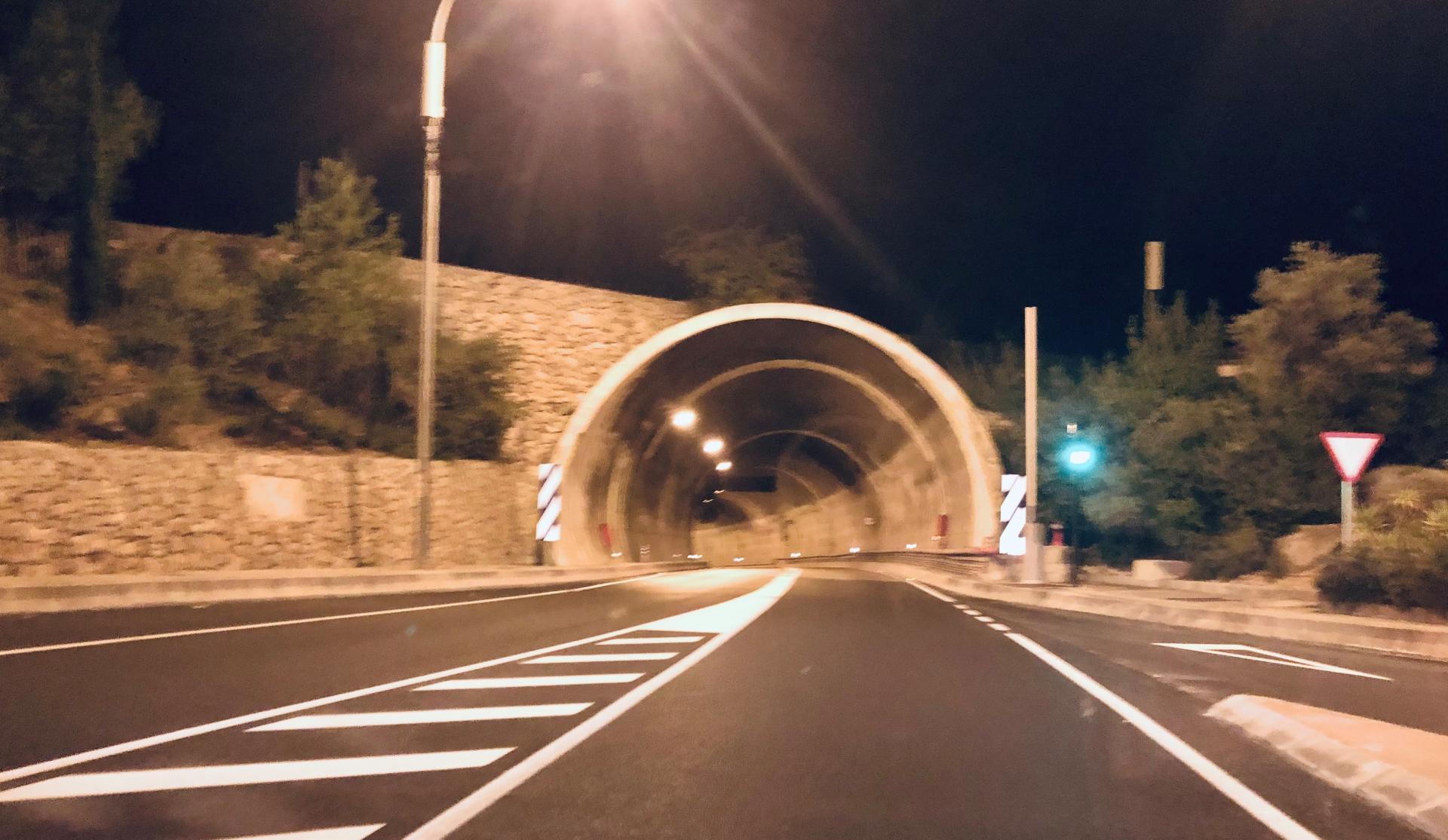 Add to that the Mallorca trippers and we continue to be functioning all year. At weekends many take a drive up our way for a weekend lunch or a walk. From this week they will notice the works to the entrance to the Soller Tunnel have been completed. All remnants of the past with pay kiosks and barriers have all gone. The road has been asphalted and now it looks like a normal road with a tunnel in it.

New arrivals and their families are making the regular trudge up the Town Hall steps. They are so surprised at the bits of paper they need, especially to do with building projects. In the last two weeks forehead temperatures have stopped being taken on the steps. I think Soller Town Hall was the last public building which hung on to this Covid rule. I wonder how many raised temperatures they ever found in 20 months?

The antics of the local politicians and the projects they are in charge of are giving us weekly chatter. A local benefactress, from a previous generation, left the Town money for social projects. She stipulated that money had to be used within a certain time frame or the money reverted to her heirs. We are approaching some of the time limits and now there is bouncing around going on all over the place. The Day Centre for the elderly changes its ultimate location on a regular basis. Currently it’s to be on the site of the old slaughter house of Soller. However if that remains the location next week, it will be a surprise to all.

So Autumn arrives, the clocks go back and the dark streets of Soller become even darker. A torch is a ‘must have’ for getting back to the street where you parked your car after dark. Hopefully the major works being undertaken now on the Gran Via will include proper lighting at long last. We will continue to sit outside cafes and restaurants with a few more layers on. The outside heaters are now in evidence but are we going to be able to share blankets? Most places provide them for chilly knees at night but in Covid they were considered germ spreaders. I am sure we will be told the rules on this one soon.

The filming in our world continues as the month comes to an end. Another visit from The Crown and more Netflix stuff in the mix. This is all very interesting to watch over a coffee.
The new arrivals are in a constant state of amazement as every week brings a new fiesta, food event, concert or filming. ‘Is it always like this’? they ask. The answer is largely yes. Every week is different and the unusual often stands in our square or sits on our seafront. The Soller Valley is an eclectic mix of people, beliefs and talents and we are intrigued often by something unusual and often out of our comfort zone. 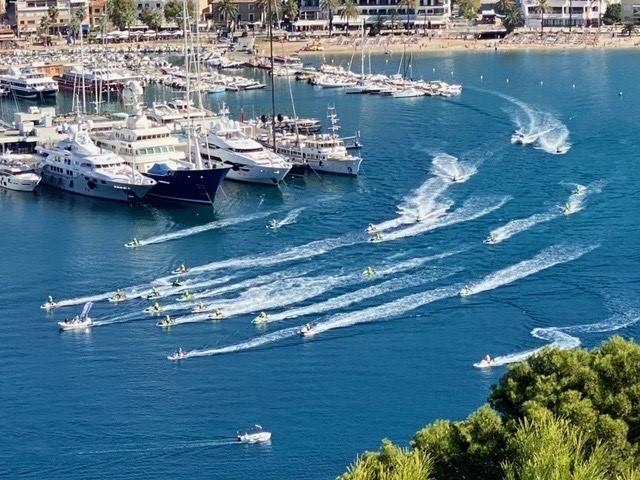 The arrival last week of 35 jet skis racing into Puerto Soller was a wonderful visual and the first time we had seen anything like it. The noise was horrid but the sight was glorious and another new experience for us here in the Soller Valley.