The most difficult task in cooking is applying the heat. If every aspect of a dish has been handled to complete perfection, it won’t be a success if the cook fails to apply the heat properly. In the end it all comes down to when the cook takes the dish from the oven or the frying pan off the heat.

Sometimes the cook has a bit of leeway: a thick entrecôte won’t be spoiled if the heat is applied for a minute or so more than was intended. But when fish is on the grill, an extra 20 seconds of high heat can spoil a superb suprême of cod.

Although there are people who prefer their fish fillet to be juicy and even slightly underdone, the vast majority want it well cooked. Even a mere tinge of raw is a no-no for most people — which is why restaurant cooks play safe and make sure every piece of fish leaves the kitchen well and truly cooked through.

That’s why those who like moist fish fillets must always tell the waiter they want it ‘poco hecho’ — otherwise they could end up with a piece of rather dry fish.

When the waitress took our order for a ‘lomo de bacalao’ (a fillet of salt cod), I really underlined that we wanted it very moist.

She was using one of those electronic pads that send the order straight to a screen in the kitchen. I said to her: “Please tell the cook we’d rather have the bacalao half raw than slightly overdone.” I couldn’t see what she was writing, but she was jotting away like mad and seemed to be giving the cook a verbatim account of what I was saying. The thing is my message got through to the kitchen and we were served the best ‘lomo de bacalao’ we’ve had in the past four years. 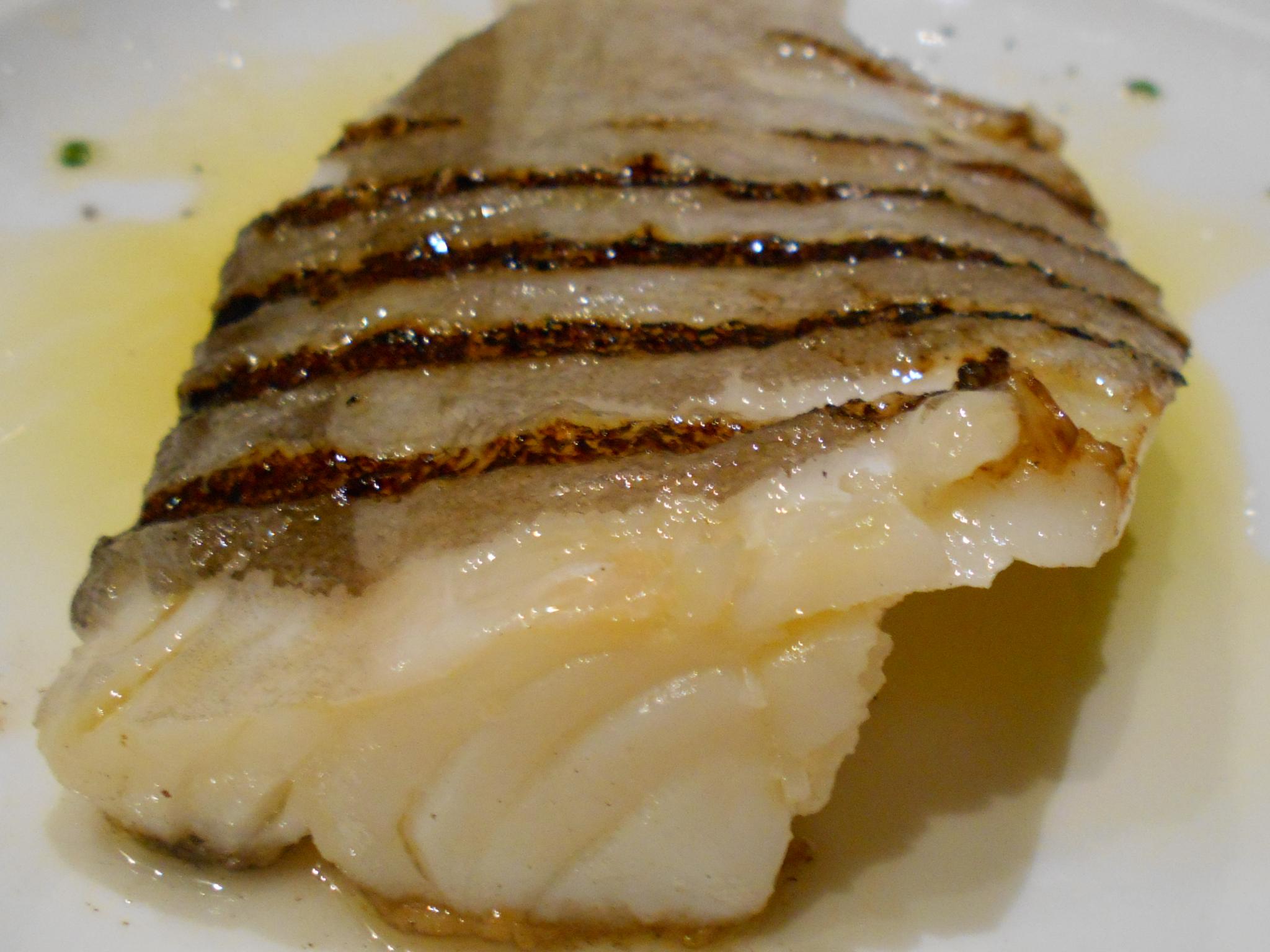 As you can see in the picture, the salt cod is so nicely moist the flesh looks like the pages of a book. A mere prod with a fork was enough to make the fish flake into succulent laminas.

There’s a cooking lesson to be learned from the above picture — the one that explains how to apply the heat. Those black grill marks on the skin show that the fish was mainly cooked on the underside, so that the grid’s fierce heat wasn’t in direct touch with the salt cod’s delicate flesh. By allowing the skin to take the brunt of the chargrill heat, the flesh was beautifully moist — exactly as we wanted it. I couldn’t ask anything more of this ‘lomo de bacalao’ so it got a perfect 10 rating.

So many restaurants in Palma, even some really good ones, lack consistency. If a dish is fine one time and below expectations the next, the restaurant won’t be a long distance runner. At Tast you can rely on culinary regularity. They are especially good at doing a dish exactly how you want it. That’s what happened with the ‘lomo de bacalao’. We asked for it to be truly moist (better half raw than slightly overcooked) and the cook made sure it was chargrilled to perfection — and I gave it a perfect 10 rating. I checked with my files and saw that five years ago the chargrilled bacalao was also a 10. There’s consistency for you.

Restaurante Tast, Calle Unió 2, Palma. Tel:971-729878. Closed on Sundays. There’s plenty of dining room space and a long bar with high tables and chairs, so there should be no need to book if you get there early. But play safe and book on Fridays and Saturdays.