The restaurant review: A vegetable paella came to the rescue

The vegetable paella was a beauty and worth a 10. | Andrew Valente

Over the past five years or so, it has seemed to me that the majority of restaurants in Palma had a few vegetarian options. But as the friends I eat out with are either carnivores or omnivores, I’ve never had to look at what’s actually available for vegetarians. Until last week.

When I invited a woman friend to lunch, she warned me that although she wasn’t a vegetarian her friends considered her to be a bit of a problem when it came to ordering dishes.

She wasn’t into red meat at all and didn’t want to know about shellfish of any kind. Marinated or smoked fish was out and, of course, anything from the sea that was raw.
She did eat some of the white fish plainly cooked and she was very happy with most chicken and rabbit dishes. All vegetables were in, as were cheeses of all kinds, and also Iberian cured ham and other Spanish charcuterie.

That seemed to put her among the omnivores and, super optimistic as always, I was sure I’d have no difficulty in finding a restaurant that could cope with her gastronomic needs. The restaurant would also have to meet my requirements: dishes of interest that give me something to write about.

I wanted to try a Peruvian restaurant or a Japanese place. On the Peruvian menu, and much to my surprise, every dish but one contained marinated fish of some kind. The Japanese menu was a bit better: two of their dishes were suitable.

But that wasn’t much of a choice, so I did what I always do on these occasions: I suggested an Indian place because they serve the world’s best vegetarian food. But she isn’t into spicy food.

I then remembered that Sa Goleta in Avda Argentina, which specialises in menús del día, has a vegetarian menu. I telephoned cook Josefina Pérez to book a table, only to learn that she hasn’t restarted the veggie menu. 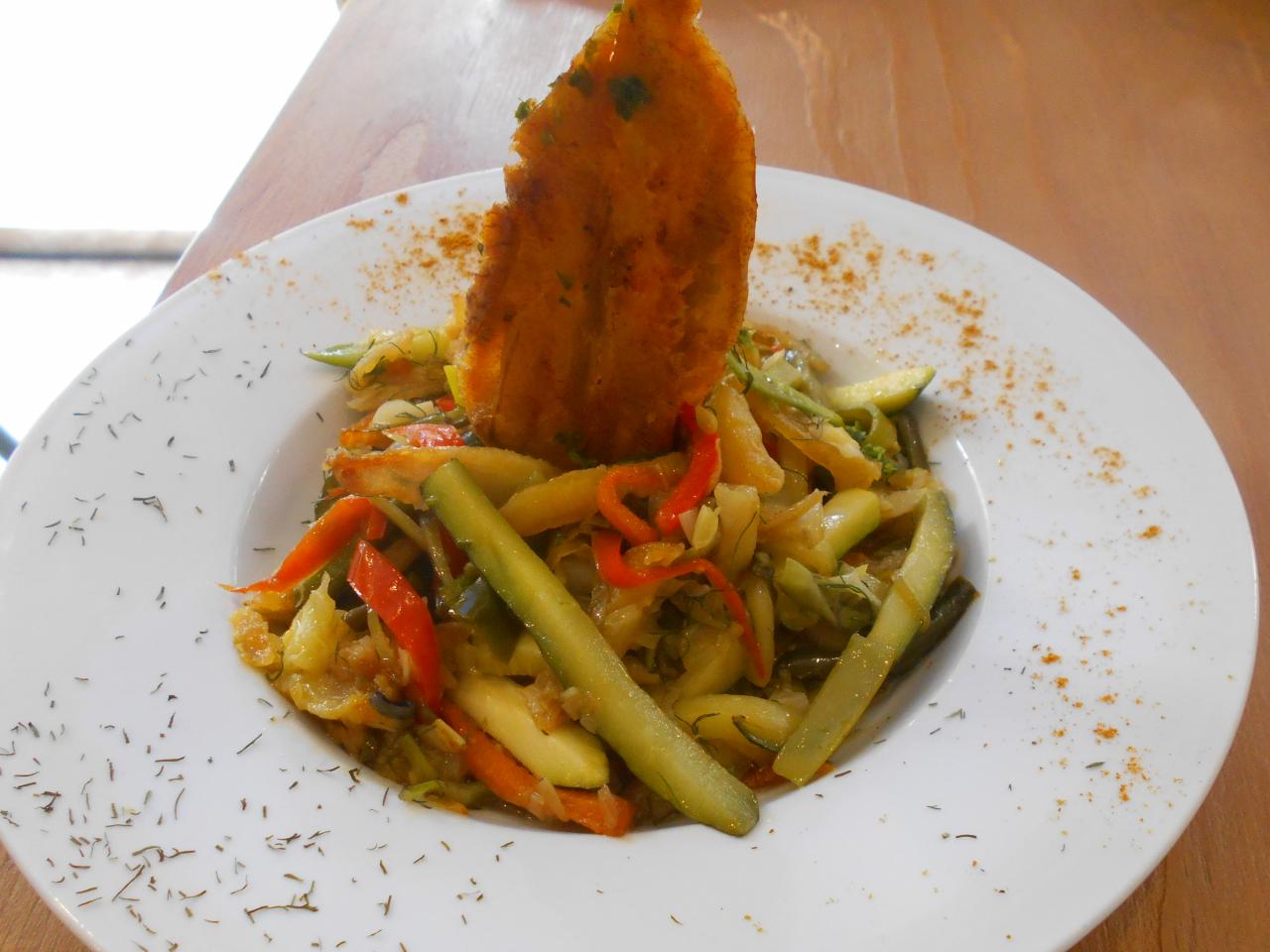 I was thinking of throwing in the towel when she reminded me that she has a vegetable paella on her blackboard list of 12 rice specialities, with at least three veggie starters on her à la carte menu.

Well, that paella came to the rescue and I was able to call off the hunt for a suitable restaurant. But my eyes were opened to the poor options vegetarians have when eating at Palma restaurants. And bear in mind that my friend happily eats chicken, rabbit, charcuterie, Iberian cured ham and white fish. She’s hardly a vegetarian.

And fortunately for my friend, the paella was a very good one. The rice was nicely al dente and moist and Josefina’s judicious use of oil meant the rice and the small-cut veggies were beautifully lubricated.

When I had scraped the last grain of rice out of the paella pan, I mentioned that Josefina’s paellas are so extra special because she is from Alicante, land of magnificent paellas and other rice dishes. 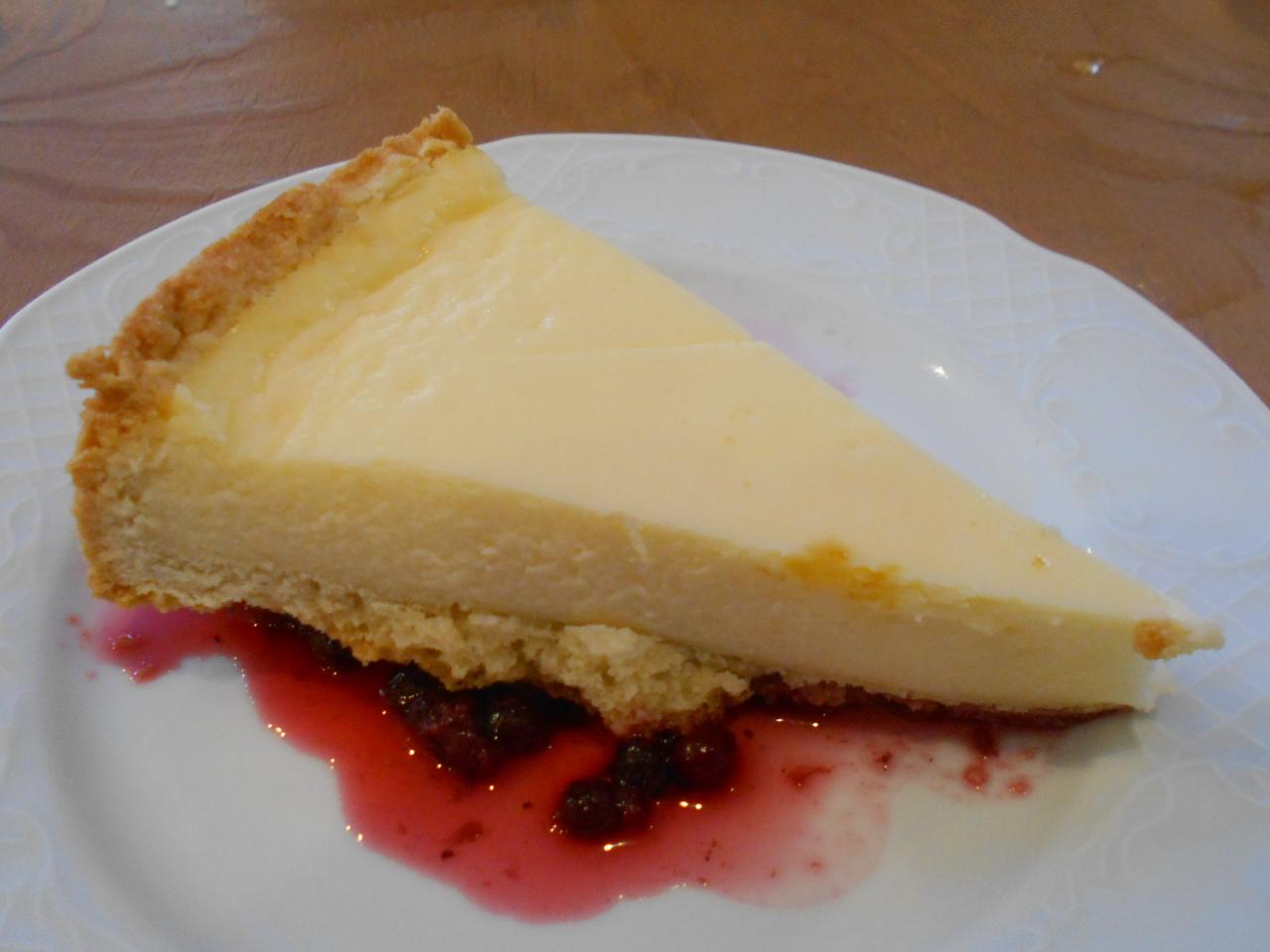 I also mentioned to my friend that Josefina’s lechona asada (roast suckling pig) which is on the menú del día with a €3 supplement, is the best I have ever eaten.

She said: “Oh, lechona asada is another of the meats I like.” Now she tells me. If I had known that, we could have headed straight to Sa Goleta. At least next time I invite her to lunch I’ll know exactly where to take her and what I’ll be ordering.

We’ve had our aubergine chips

W hen you have to write about what you have eaten for lunch or dinner, one of the best things that can happen to you is finding a strong surprise element in your chosen dishes.
Well, with the two starters at Sa Goleta there was a double surprise: when Josefina said she had three vegetable starters I was so pleased to have a restaurant I could go to I didn’t even ask what they were.

The first surprise came when husband Leo brought the two starters chosen by Josefina. One was a dish I had never seen before and the other contained a veggie I never see at other restaurants.

The chips de berenjenas was a new name for an old dish presented in a different way. You find a kind of version of this dish in Mallorcan and Italian cooking when thickish rounds of aubergine are coated in flour (sometimes breadcrumbs) and shallow-fried. They make a nice but unspectacular starter. 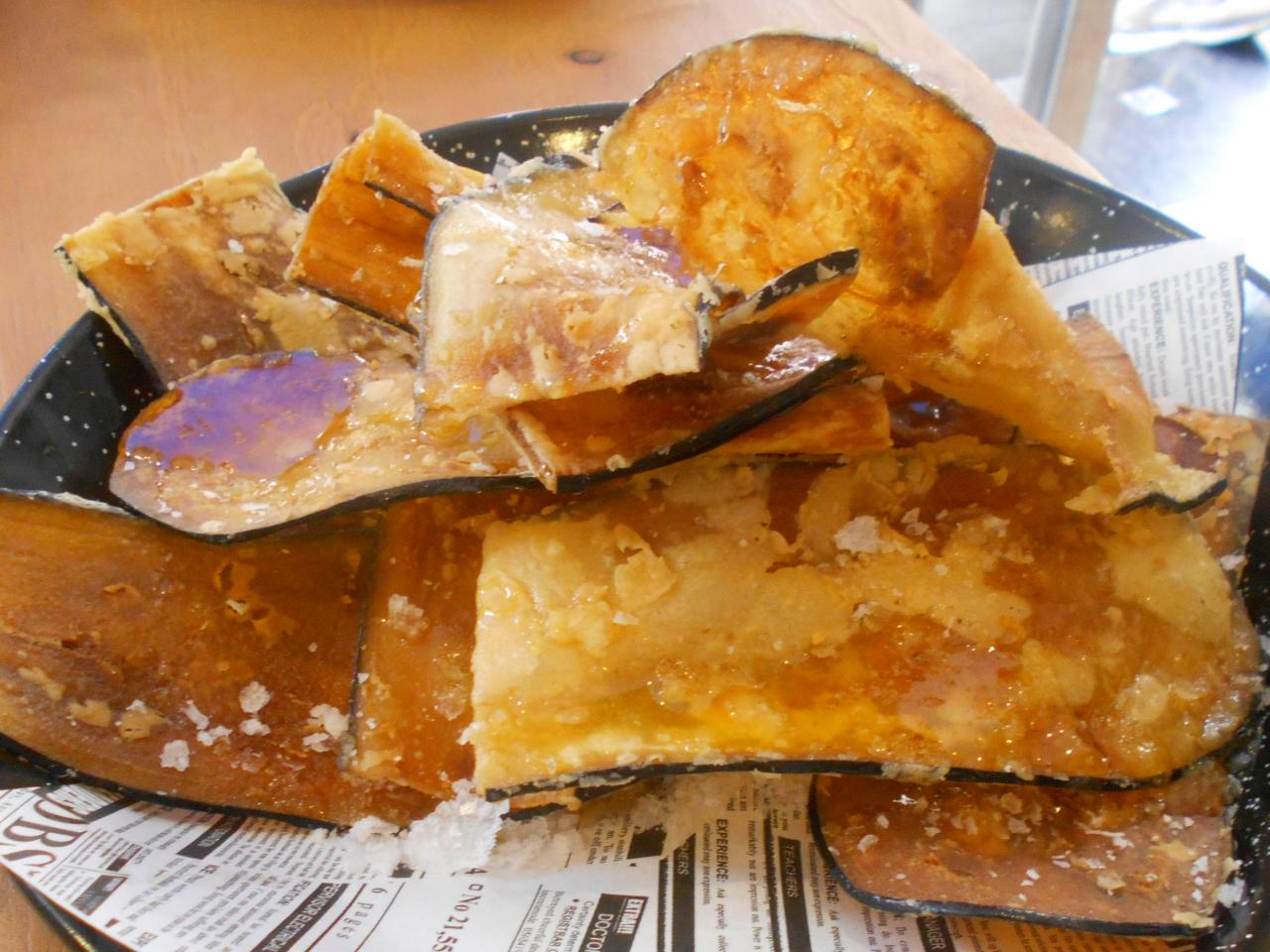 But Josefina had done something quite different — and daring. She sliced the aubergines lengthways as thin as tissue paper by using an electric cutter, dipped them in flour and deep-fried them. You need lots of culinary chutzpah to attempt a dish like that. If the aubergine had been sliced into tissue-thin rounds, this would have been a difficult enough dish to get right. But Josefina had compounded complications by slicing them into unwieldy long and extremely thin strips.

She managed to get these ‘chips’ (for Spaniards the word means anything that it is crisply-fried and presented as a nibble) free of residual oil and very crisp. In less expert hands it could so easily have been a soggy flaccid mess. But Josefina produced a crunchy delight that was worth a 10. Chutzpah, in all walks of life, can bring rewards.

One of Josefina’s many culinary talents is getting lubrication right: when a dish calls for olive oil she is spot-on with the amount she uses. We saw that with the rice in the paella and also with the courgettes, red peppers and sliced bulb fennel in the frito de verduras.

The bulb fennel was so much of surprise it almost came as a shock: cooks at the other restaurants I go to never use it. Yet it is a lovely veggie and Josefina cooked it to a superb soft succulence that provided a nice contrast of textures with the al dente courgettes and red peppers.

Vegetarians do not get a good deal in Palma and it’s not because they are difficult customers. It’s quite the opposite — they are most grateful for what little they get and give many thanks for small mercies. Josefina’s vegetable paella — with its nice mix of young veggies cut up small as tradition demands and with the right touch of moisture and lubrication — was a reminder that paellas are, first and foremost, rice dishes. 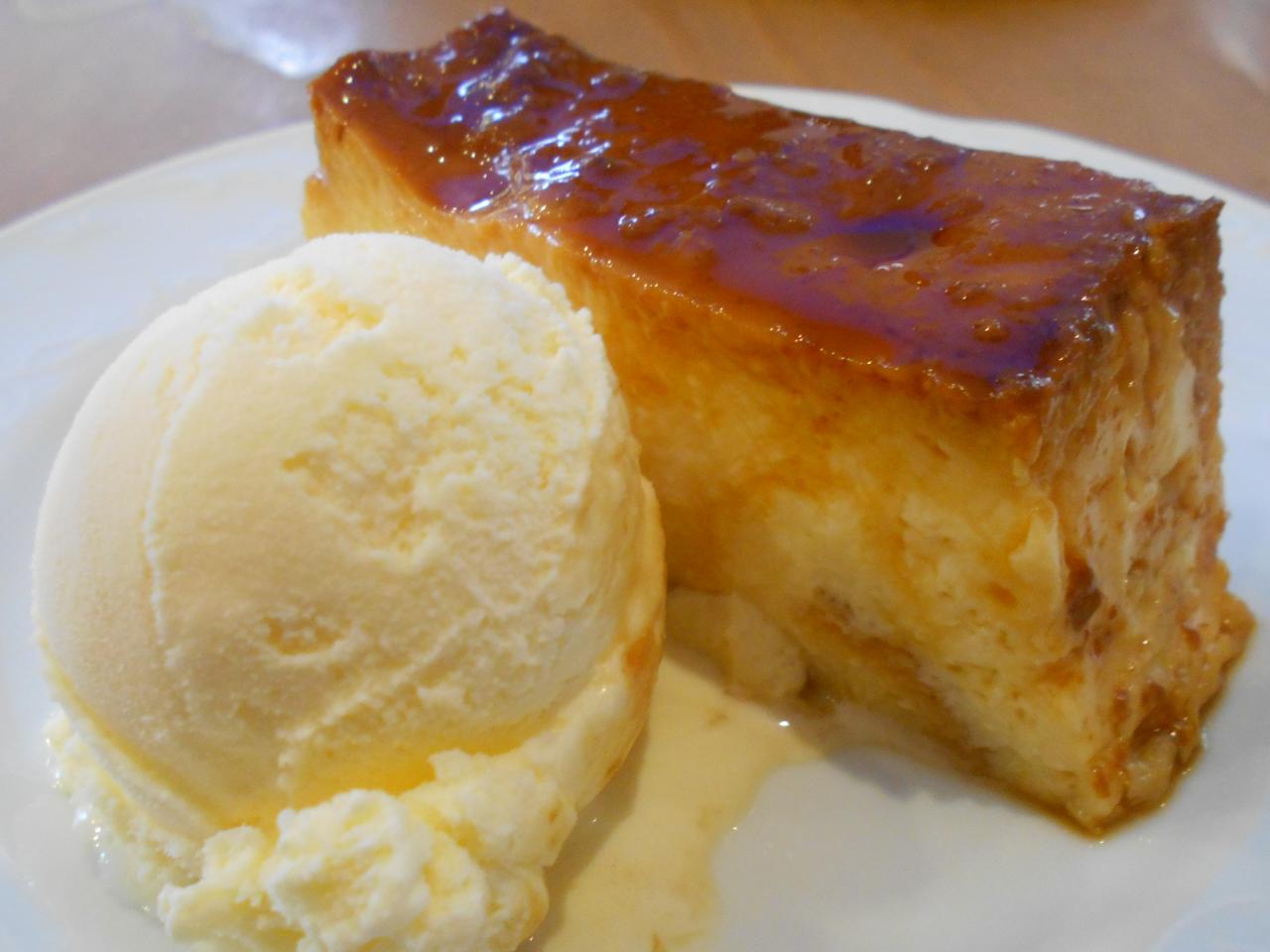 In today’s culture, when so many cooks know so little about tradition, the grand seafood paella with its lobster, gambas, crab, mussels, clams and other shellfish push the rice into the background. This paella is about seafood, not about rice. But with the veggie paella the rice was right up front and the veggies, playing an important supporting role, were in the background. And that’s exactly how it should be and that was partly why I rated this paella a 10. The aubergine chips were deep-frying tour de force and an incredibly good nibble. I especially liked seeing (and tasting) fresh fennel bulb in the frito de verduras.

Sa Goleta, Avda Argentina 34, Palma. At the top end of Avda Argentina, next to the San Sebastian church. Tel:971-450155. They open at 1pm, the dining room’s running at 50 per cent capacity, so be sure to reserve a table.