What has she done to her hair, poor woman?

Today I want to write about hair. Yes, the hair that hopefully still sits on top of your head, or has done in the past. You see, one of the most unpleasant side effects of any sort of virus lockdown regime, is the fact that within days a person's hair is likely to ‘go back to nature’. This is bad enough for a middle-aged man, as he starts to look like the lead singer in a 1970’s glam rock band; but for women it is much, much, worse I can assure you. 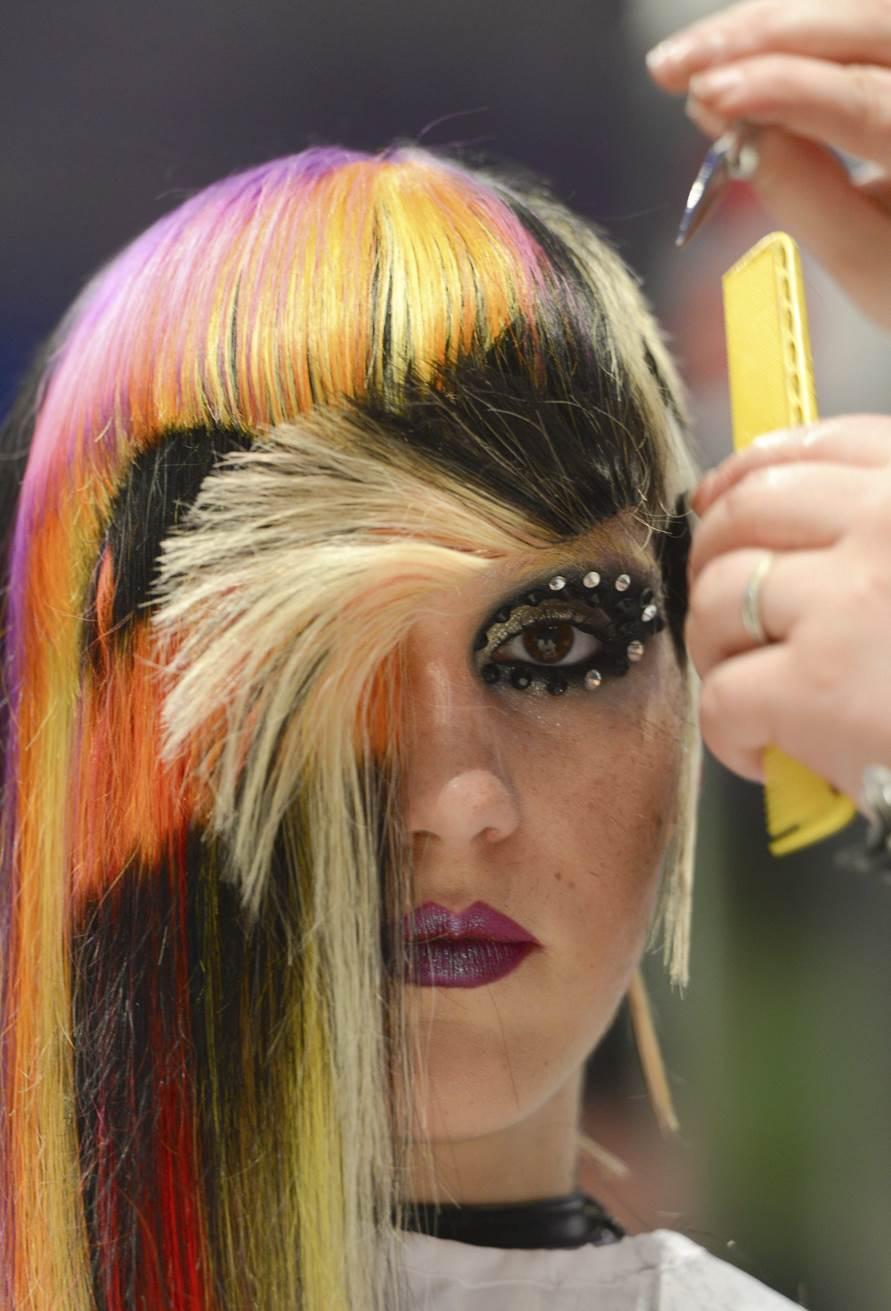 Partly, this is because I find that women are obsessed by their hair. I have in the past, like other men, been subjected to long and detailed debates about a woman’s barnet, varying from the texture, length, cut and colour of the aforementioned hair - to what might be suitable to wear at any given social event. A female newsreader solemnly giving an update on the present crisis, will often be interrupted in her delivery by comments such as - “What HAS she done to her hair?” to the rather scathing - “Oh dear, she really has got the face for a short bob has she?” However, since all hairdressing salons have had to close, it seems that we are in the midst of a hair colouring catastrophe that promises to get even worse. Indeed, I read on social media the other day that given another week or so of shutdown, a person's perception of a (any!) woman’s hair could be compromised forever.

I don’t wish to be cruel in this matter, because there are men who like to tint their bonces to eradicate grey, but mostly it’s a woman thing. Also, it has to be said that grey might not be the problem at all - as it could be a certain ‘mouseyness’ of natural colour that is the unresolved issue. Either way, this side effect of sitting at home staring into space can be really annoying and I’m not the first person to report on it either. Almost every single women’s ‘lifestyle’ section in mid-market newspapers is dominated by this very subject. Nothing much about ‘home tutoring’ the kids, almost nothing about keeping your husband or partner happy in these grim times - but, page upon page on what to do with your hair now that Philipe or Justine can’t work their magic. As of now, I can only detect a sort of low level alarm at grey ‘coming through’ on Facebook, plus a bit of panic buying at Boots the Chemist and the Majorcan equivalent, where I understand staff are dressed ‘head to toe’ in protective gear. So you’d have to be fairly determined to get your own colour and plaster on your head like a demented 5 year old.

I wonder if we are to return to the days of mums cutting their own…and their children’s hair? It could be that the ‘pudding basin cut’ is due for a revival - that, and the alarming consequences of cutting your own hair. You know the routine? That will be you with mirrors shakily positioned fore and aft of your head - and a pair of blunt kitchen scissors ripping out chunks of badly coloured greyish hair. At first you think that you’ve done it okay, but then you encounter the true horribleness as you inspect your work further - mostly I find that women cry at this point and then blame their menfolk for not insisting that they shouldn’t have cut their own hair - life, alas is not fair in this regard.

As for us men, I have noticed that slowly but surely, we chaps are growing our hair longer (if that is possible!) and growing beards. Yes, I know that beards have been fashionable for some time now, but some of us who could never be accused of being ‘fashionistas’ have seemingly taken on a so-called hipster look that frankly doesn’t suit all men, now does it? In fairness, and with complete objectivity, middle aged men in particular rarely grow a beard as a fashion statement - but, do it because they can’t be bothered to shave. Sorry, but that’s the truth I’m afraid. When you don’t have to go to work or be seen in respectable company - come on, what’s the point? I did this when I first arrived to live in Majorca some twenty years ago - and let loose from a proper job, a suit and a daily shave, I began to look a little like the lead singer of The Byrds - you know, whatsisname!

And so my friends, when we do emerge blinking in the daylight when the virus has passed we will all be a sight for sore eyes. Barista beards on every other manly face, with female salt & pepper hair the new ‘must have’ and crooked fringes de-rigueur as an edgy fashion statement. Nevertheless, as this virus hopefully passes, perhaps women everywhere will be released from the chains of hairstyling, crimping and colouring - and seek to style their own hair as their grandmothers did. I will leave it to them to try and judge if this would be a good thing or not - somehow I doubt it.