Home thoughts from an ex-pat living abroad - if you see what I mean?

As my uncle Ken used to say back in the day - “Here we all are then!” Yes, indeed, but what to do? I like to think that we will all ‘Keep Calm And Carry On’ but it ain’t easy is it? Take my daughter - she has two children aged eight and six at home at the moment and I’m told that there is a certain amount of friction around at the moment. From absolute jubilation that they were to stay at home, the reality of home schooling and boredom has started to kick in. They are not happy bunnies apparently. Nor, it seems is their mother, she now believes that teachers should be paid at least £250K a year and wants to bring back capital punishment for the under 10’s. After a week I phoned her to see how she was doing. “Are you still alive?” I ventured, “I’ve only cried the once in the shower” she replied - and “Bless them, they’ve called a truce - no more pinching and gouging” and that’s just my granddaughter who usually has the demeanour of an injured angel. The theory is that children once children get bored they will automatically seek to do something, anything, as long as it isn’t described as learning.

Funnily enough, we of a certain age have always complained that modern children, have in the past, never been allowed to become bored - and so have become over reliant on their parents entertaining them - as in, mum and dad as sort of Butlins Redcoats. In the past I have always been rather suspicious of so-called ‘home-learning’ as it seemed to me to be more about satisfying middle-class, pushy parents, rather than looking at a rounded education for a child. 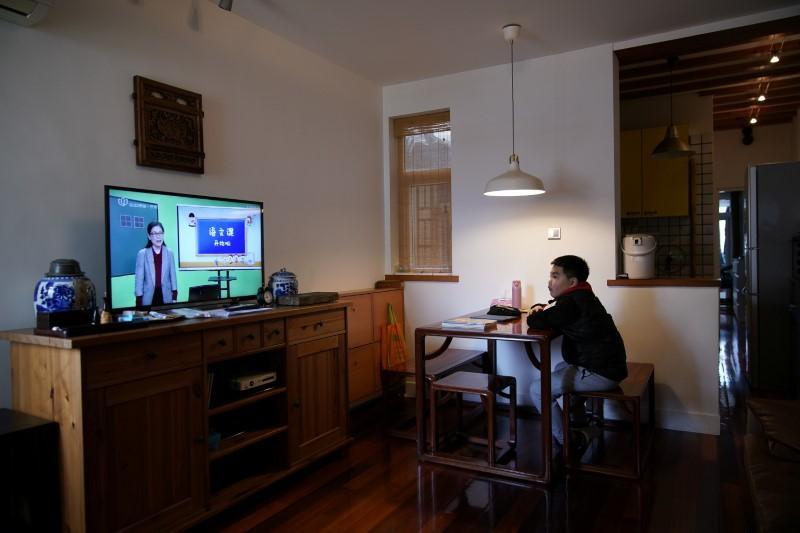 However, one of the by-products of this crisis may well be the reassessment of this form of education, plus the start of a complete reappraisal of how we ‘examine’ children in the light of the current situation. Nevertheless, the children who will suffer the most from what is happening at the moment (and at anytime in the past) will be the ones who’s parents couldn't care less about their children’s education and therefore start adult life in educational arrears before they have even began.

Like most people, as I strive to banish boredom, toss aside tedium and seek to superannuate - er, sloth, I have been making efforts to upgrade my viewing and listening habits. Like most people I have a rather predictable mindset in this regard and have been trying to seek other areas that I might at least try to enjoy. With the news being what it is at the moment, I (like may others I’m sure) try to limit my exposure to the 24 hour news cycle. For obvious reasons, it is just a one-trick-pony at the moment and nobody should expose themselves to too much Covid-19 coverage - as it really isn’t going to help. As someone who has always steered clear of the soaps - and will break out in a rash if I am subjected to anymore to 10 year old editions of that endless stream of homes in the country, or abroad etc, etc, living features, with their oleaginous hosts and streams of ‘potential buyers’ who never actually buy anything, I want to try new things.

Once again, as comfort viewing in these stressful times I will unerringly tune into ‘Dave’ - not the person, no, the television channel that specialises in repeats - hundreds of them. Particular favourites are - Would I Lie To You? - Room 101 - and episodes of Have I Got News For You - that are so old they feature Gordon Brown as Prime Minister. I do try and keep up with new series on the main channels though - but, almost all of them are deeply depressing; usually featuring all-manner of murder most foul, child abduction, or on occasions all-the-above plus The Great British Bake-Off. However, I have a found a television programme that is both interesting and warm hearted to an extraordinary degree. Yes, I have become hooked on The Repair Shop. Assorted people bring their bits-and-pieces to the aforementioned repair shop seeking to have various articles that are precious to them repaired. That’s it basically, but it’s lovely, simple and straightforward. Nobody shouts or makes an arse of themselves, the people doing the fixing don’t seem to have ‘Hollywood’ egos and those seeking help don’t have enhanced breasts or startlingly white teeth or tattoos on their necks - I really love this programme.

AFTER YOU, KIND SIR!

I don’t know what its like in Majorca at the moment, but here in my part of middle-England common sense has returned to most supermarkets. Yes, you will occasionally see gridlocked, supermarket carparks on regional television news as they haven’t much else to report upon - but, it seems that at last civilised behaviour, whilst doing the shopping, is prevailing. Happily, we are resuming the “After you.” - “No, after you, kind sir” - British mindset of old, whereupon we Brits offer up profound apologies for no apparent reason. It’s all rather nice - well, until the next food shortage panic anyway! I have to say by-the-way, that I have been keeping in touch with what’s happening on the island via the Majorca Daily Bulletin website which is great - and a couple of social media sites that seem to be keeping those living on the island updated as to what’s going on in an active and positive way. As a Brit abroad, who is no longer living abroad for the moment - thanks to all involved. If you see what I mean!