The I don’t play golf but, if I did, I can see the beauty in the course of Alcanada. How the golfers aren’t put off by the magnificent scenery all around them I will never know. ‘Alcanada Golf’ to me means weddings and fine dining, but this was not our destination today.

This neck of the woods is a very different Majorca. The road heads for Alcudia Port and ferries to Minorca or Toulon. A signpost then takes you to Alcanada which was one of Majorca’s ‘Garden Villages’. 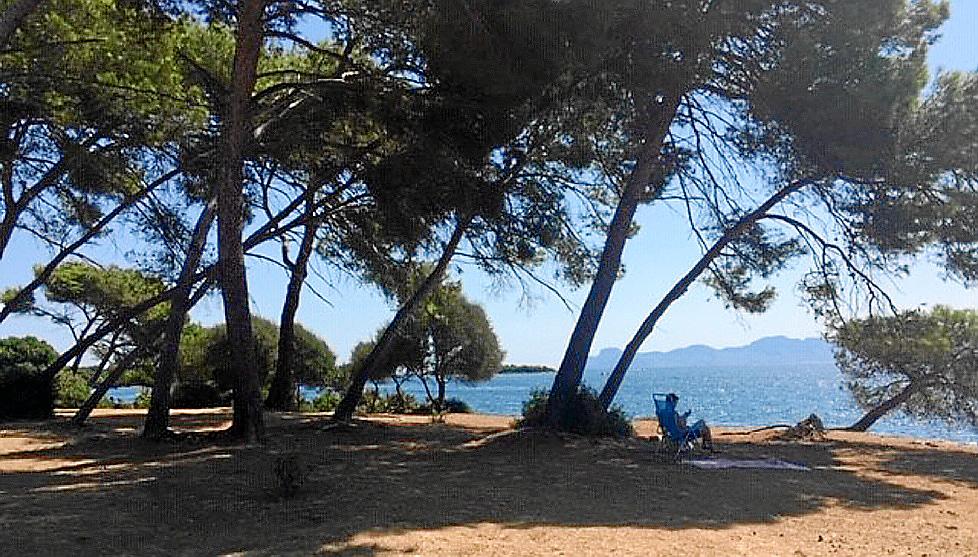 In 1933 the Menorcan born architect Nicolau Rubio designed a summer holiday village around the existing fishermen’s shacks. Forty houses grew there and there was much interest in this delightful spot by the sea. Rubio built his own house first and then owners of the Alcanada estate joined in to create the village.

The Civil War got in the way and the half built site was left for years until 1950. The work commenced again and the village was finished. Planning rules had changed in the derelict years and some houses did not get built to the original specifications. 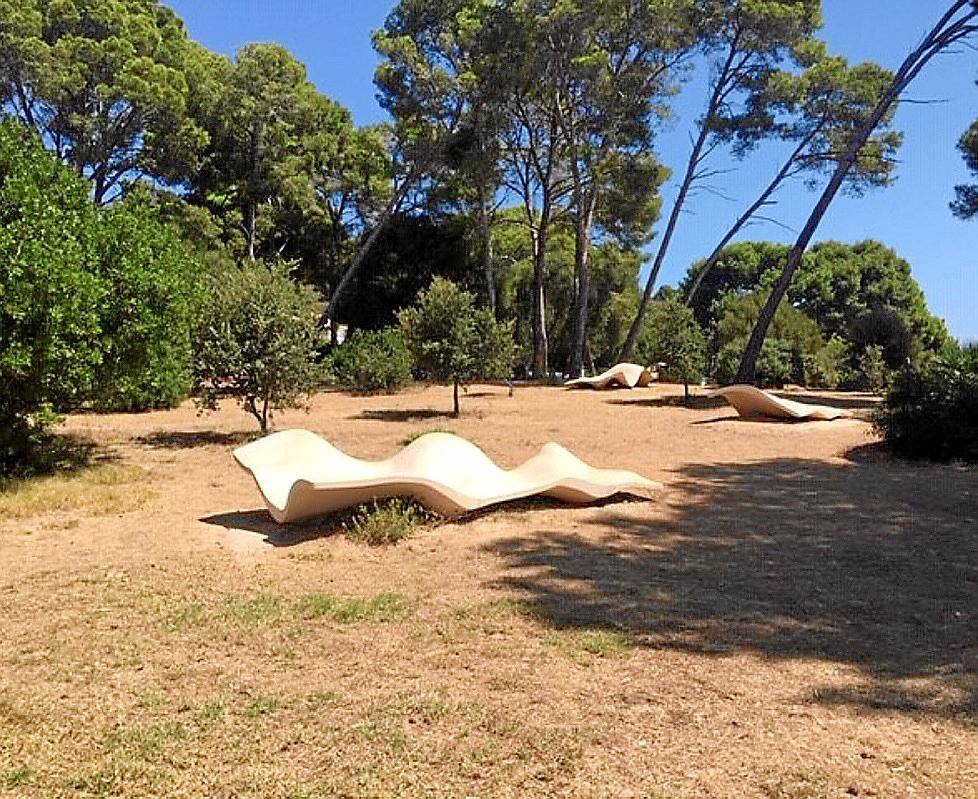 These days it is a charming place full of inlets and an East Anglian feel to the waterside. Our trip was one of those golden days where the place was different, the people were few and the sea was crystal. Nine kilometers of barren coastline here is not the spot for beach and sand lovers but it has admirers of its own. To swim to the little island with the lighthouse on it is a swim beloved of many in the area.

In days gone by this island was inhabited by the lighthouse families. The winter sea conditions were such they often went hungry waiting for supplies. 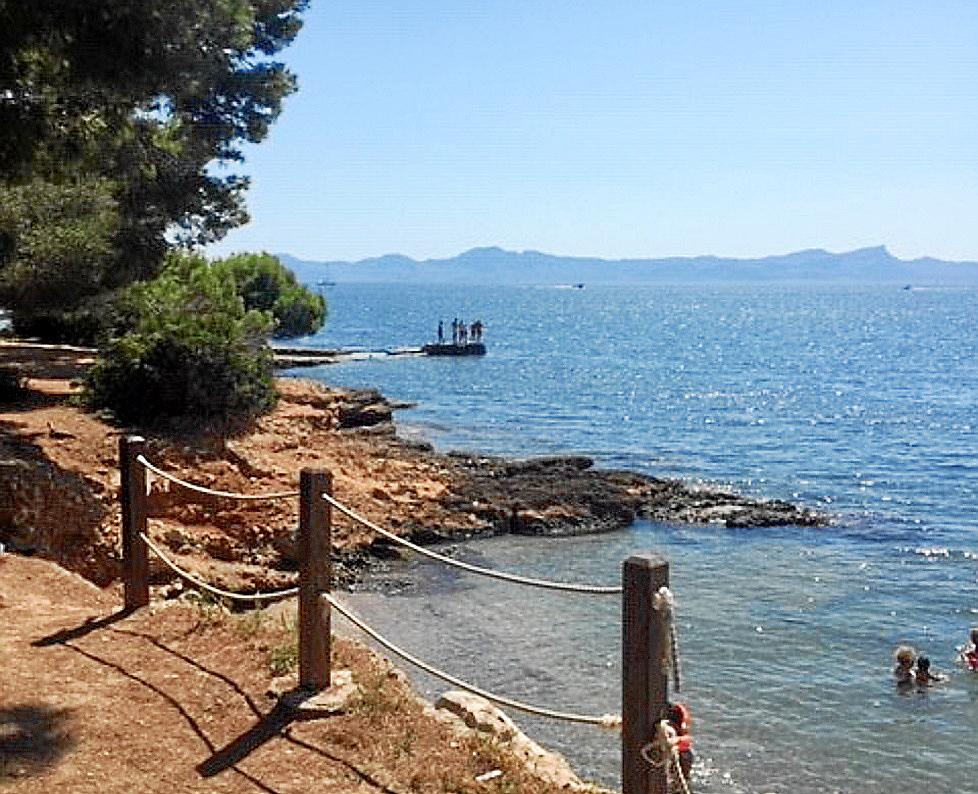 One of the glories of this place is that it is a perfect picnic opportunity. Park on the roadside along the pines and scrublands leading to the sea. Strategically placed picnic tables exist in the cool of the trees. This has got to be my favourite picnic site alongside the sea anywhere in Majorca. It is a picnic art form to watch the families with their tables, chairs, hampers and dogs set up base camp for the day. My two oldest granddaughters and I had a choice for lunch. To sit on the edge of the sea in a Michelin restaurant or make a picnic on one of the tables in the trees. No contest, the bagettes tasted exquisite.

In August 2020 this place reminded me of exclusivity and an appreciation of a different kind of holiday. The beautiful, almost Caribbean sands of Alcudia and Muro, are not to be found here. This is the place for rock pools, fishing and children just messing about. A touch of the ‘Swallows and Amazons’ lives in Alcanada. 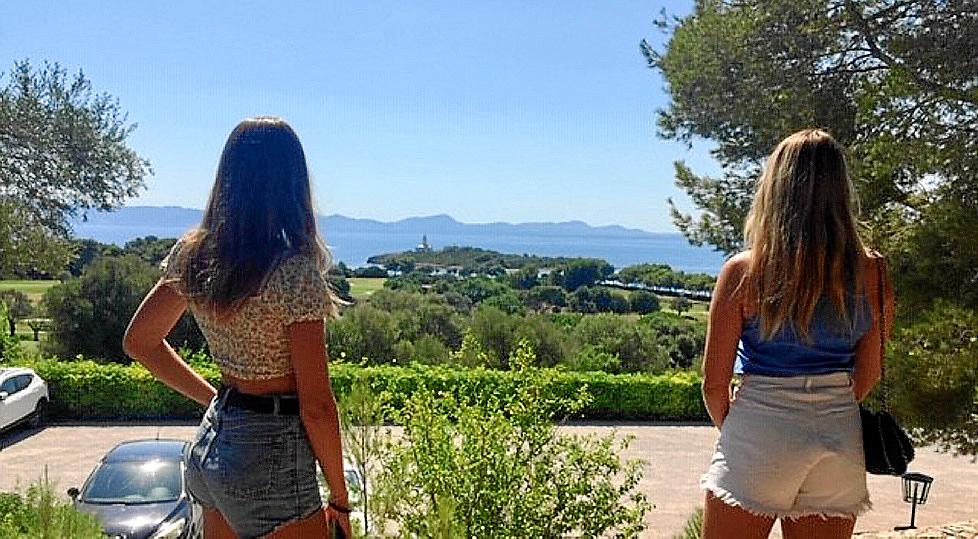 Inland from Alcanada lies the estate of Sa Bassa Blanca which is the subject of a previous Nan’s Day Out. If there was an easy way to get there from Alcanada we would have gone. A crow can fly there much easier than the car having to do an inland trek from Mal Pas. Just in case you have never been I will give you a little information. This was a beautiful visit the girls and I made last year to see the stone animal sculptures and so much more.

The estate known as Sa Bassa Blanca, by a stream with the same name, is located between the main house of the Alcanada estate and the Cap de Menorca. For its design, the Egyptian architect Hassan Fathy sought inspiration in the Muslim fortresses known as ribats. The main entrance is through “el Camí de Muntanya” (The Mountain Road) and this road starts from Mal Pas area, no entrance from the sea.

Sa Bassa Blanca houses the headquarters of the Fundacion Yannick y Ben Jakober, and holds a series of art collections open to the public. The exhibition rooms located in the main building feature works involved in the art movements of the second half of the 20th century.

The gardens and wandering the outside beauty is a different price. The house itself is a trip of its own with a price tag to match. The grounds are altogether more manageable for a low cost wander.

This corner of Alcudia containing Alcanada and Sa Bassa Blanca is a spot which, once discovered is returned too often.

The wide bay of Alcudia gives interesting weather as the seasons change and the buckets and spades give way to walkers and cyclists.